For Every Week Of Her Pregnancy, This Woman Has A New Costume (26 pics) 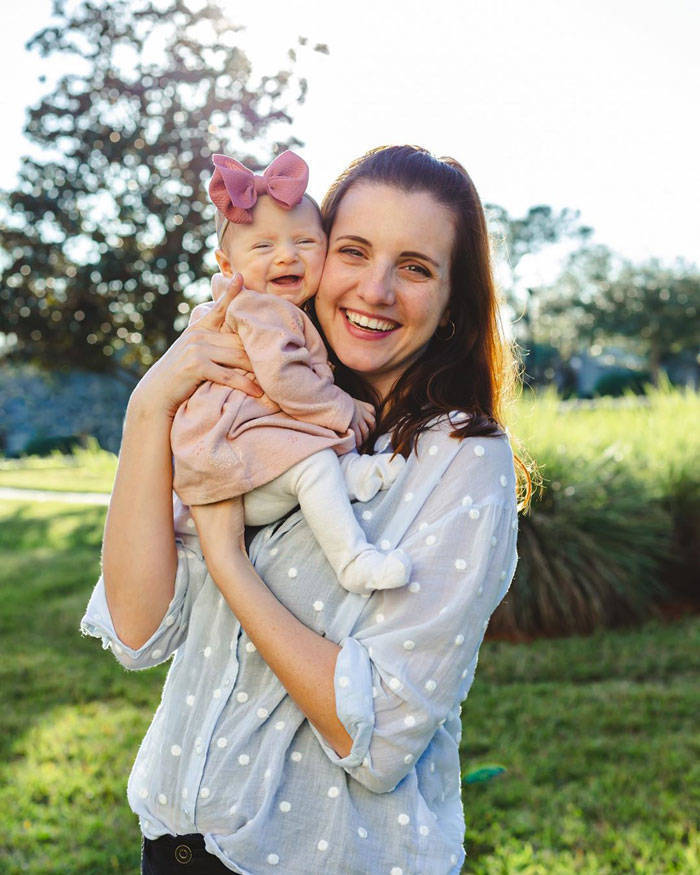 A thought occurred. Grace immediately downloaded some apps to help her understand what size her baby would be each week of her pregnancy. On one particular day, she found out that her baby girl was the size of a beet. Being a big fan of the Office, she immediately thought of Dwight. And the rest came naturally.

She quickly got a chalkboard, wrote down some facts and highlights of the pregnancy, and dressed up as Dwight Schrute holding some beets. At first, her intentions were to make a fun one-off picture and to be done with it, but when she saw how positively everyone reacted to it, she knew she had to go on.

And so each week, she researched some facts about her ever-growing baby and wrote them down on the chalkboard. Then she got into an appropriate costume to fit the object that explained the current size of the baby and snapped a picture.

Over the next 23 weeks, she dressed up as a variety of characters from The Office, Harry Potter, and Disney fandoms. These included Dwight Shrute and Jim Halpert from the Office, Ginny Weasley and Luna Lovegood from Harry Potter, as well as Rapunzel, Snow White, and Russell, among many others.

She took a photo dressed up as different Harry Potter, The Office, & Disney characters every week of the pregnancy

Take a glance at her entire pregnancy journey below, starting at Week 14 and going all the way through to week 37. 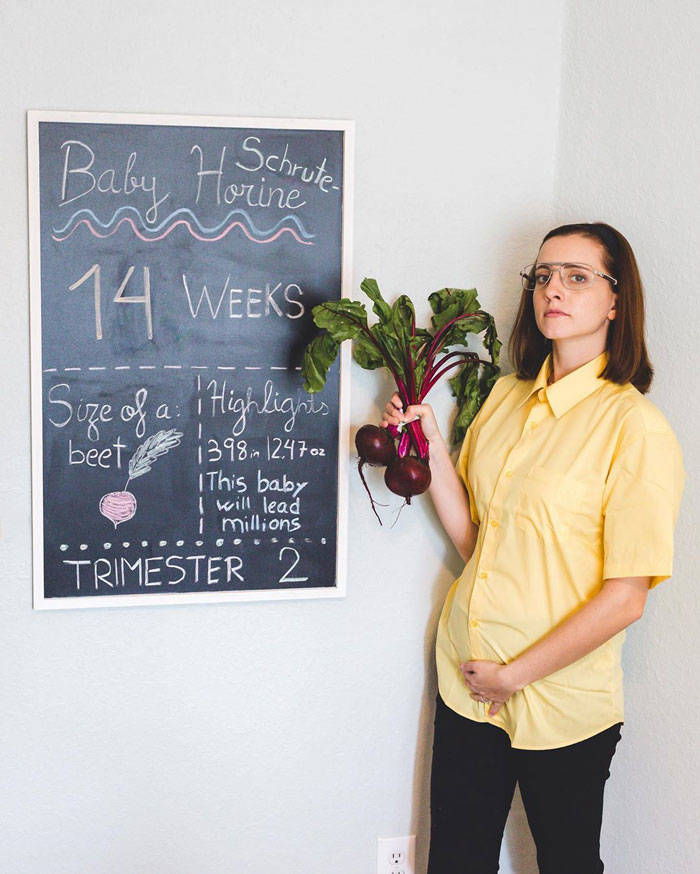 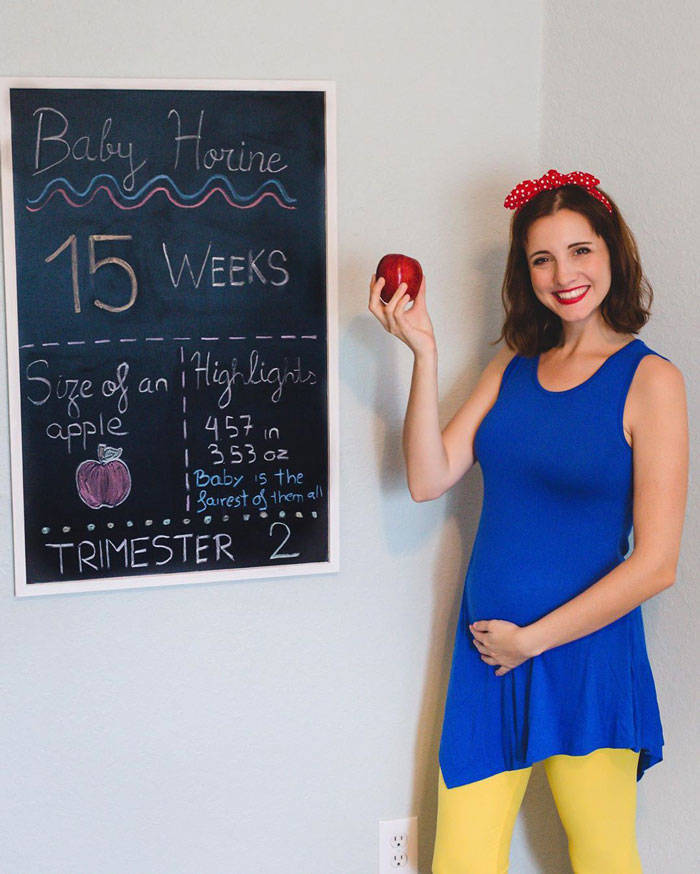 Grace is a photographer and videographer currently living in Orlando, Florida. Born and raised in Barcelona, Spain, she came to the US in 2009 as a high school exchange student, where she met her husband. After a 4.5-year long-distance relationship during college, she was finally able to move permanently to the US.

“I grew up loving Harry Potter and all things Disney, and, later on, my husband introduced me to The Office and it became my third big love,” explained Grace. “I’ve always loved photography and video editing, which is now also my professional career, so it only made sense that I mixed it with my fandoms to create some fun content!” 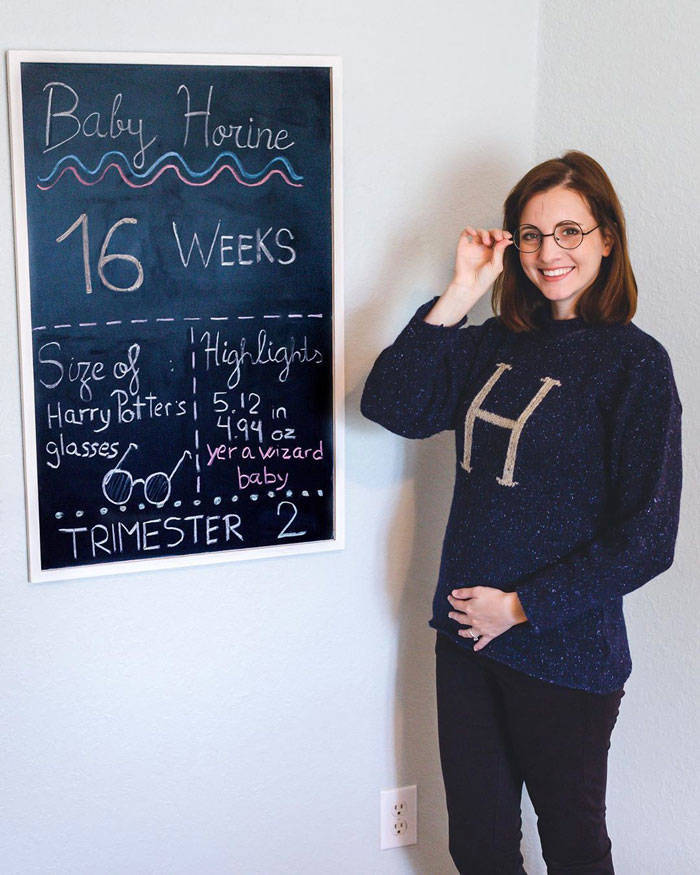 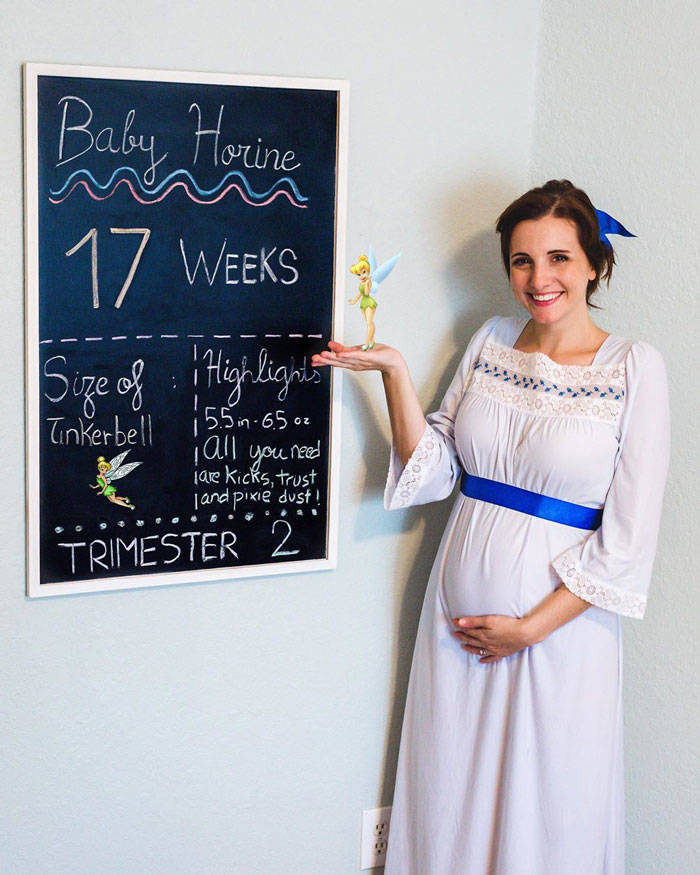 Interestingly enough, Grace didn’t plan on doing these pregnancy updates at first: “The whole time, I was focused on doing this massive Harry Potter pregnancy announcement that I had spent years thinking about (by the way, you can find it here).”

She continued: “While we worked on the video, I downloaded pregnancy apps that told me the size of my baby, and I saw that for week 14 the veggie was a beet. I immediately thought of Dwight Schrute from the Office, and since we were announcing our pregnancy on week 13, I thought it would be fun to put together a Dwight progress picture as a one-time thing. But then, I posted it and people loved it so much that they asked me to keep going. So, I decided to commit to it and continue them for the remainder of my pregnancy!” 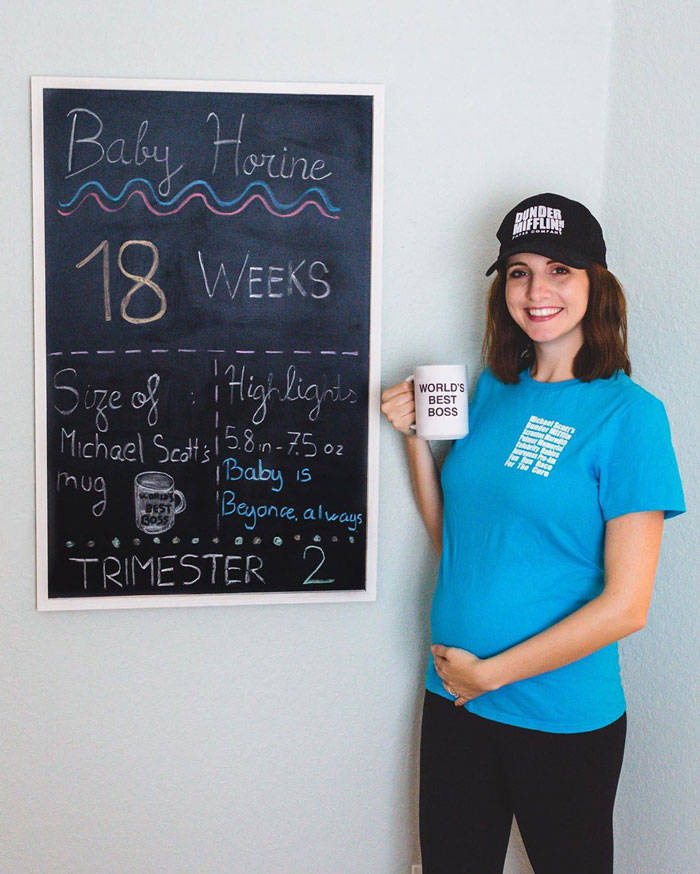 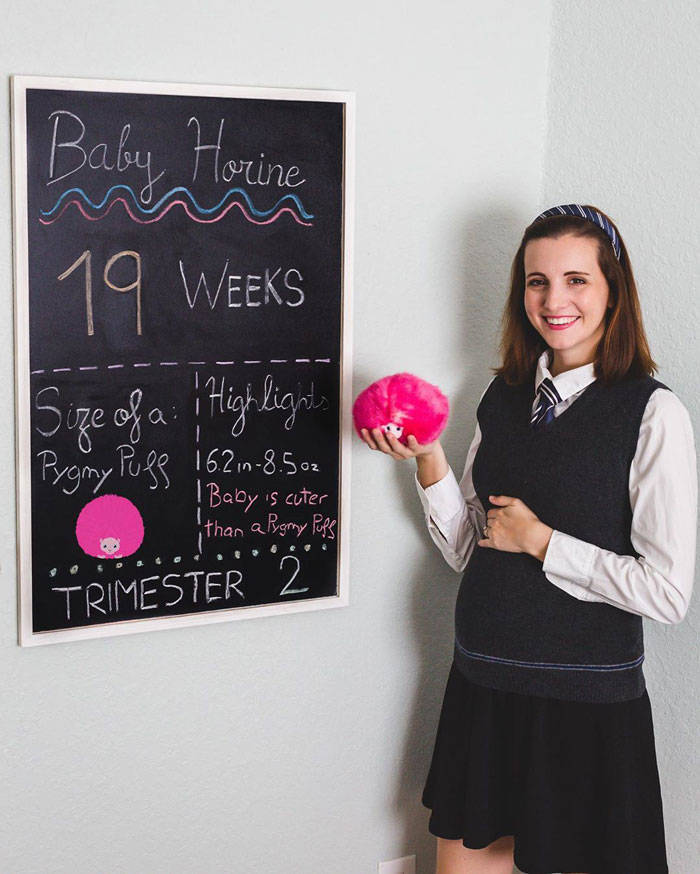 Like many projects, this came with its own set of challenges, as explained Grace: ” The hardest part was coming up with objects for every week and putting the pictures together. I spent hours brainstorming, measuring, trying to come up with costumes for each of them… I had a lot of stuff at home already, so I tried to use as much of that to cut back on costs, but it was still a challenge to keep going for so many weeks!” 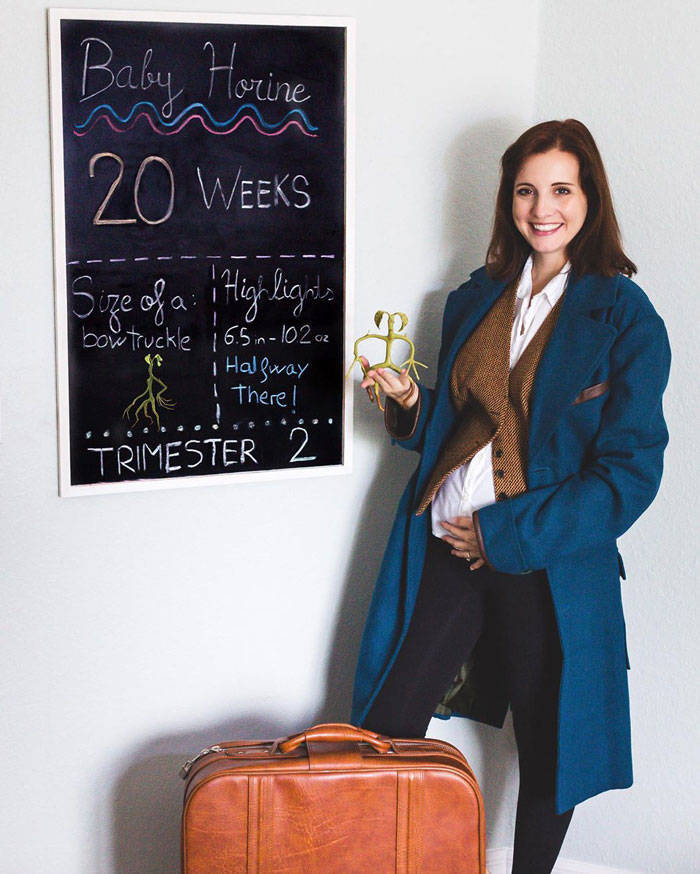 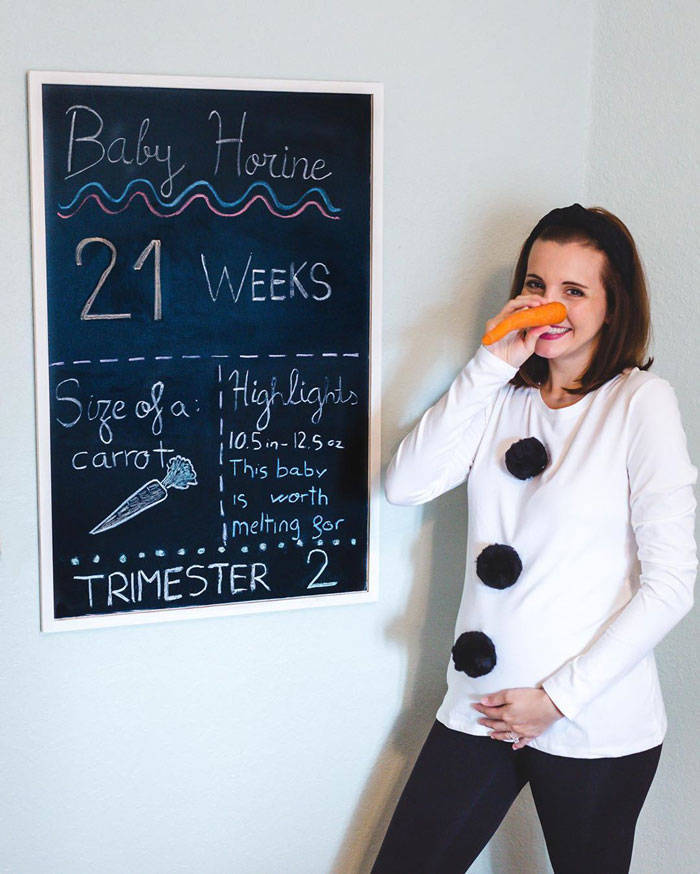 If a project as fun and interesting as this happens once, it is bound to happen again, right? This is exactly what we asked Grace and she said this: “Not at the moment! Another pregnancy feels far away, so I haven’t thought that far ahead. I do want to do something special as well, but I don’t know yet what that will look like! I have been thinking of bringing some regular fandom inspired content back to my Instagram now that I’ve had some time to get used to motherhood, but we will see!”

Week 22: Belle (Beauty and the Beast) 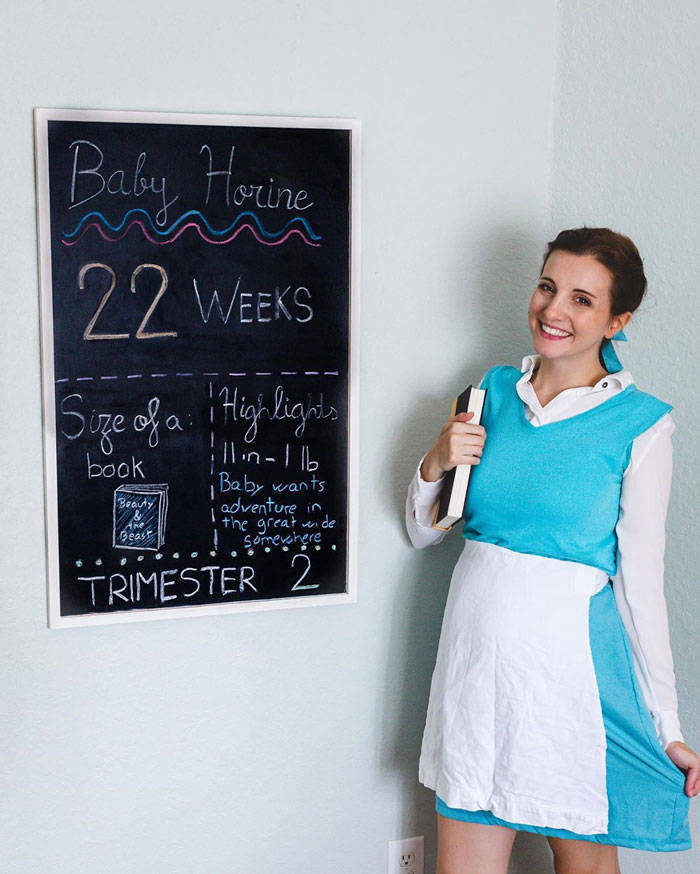 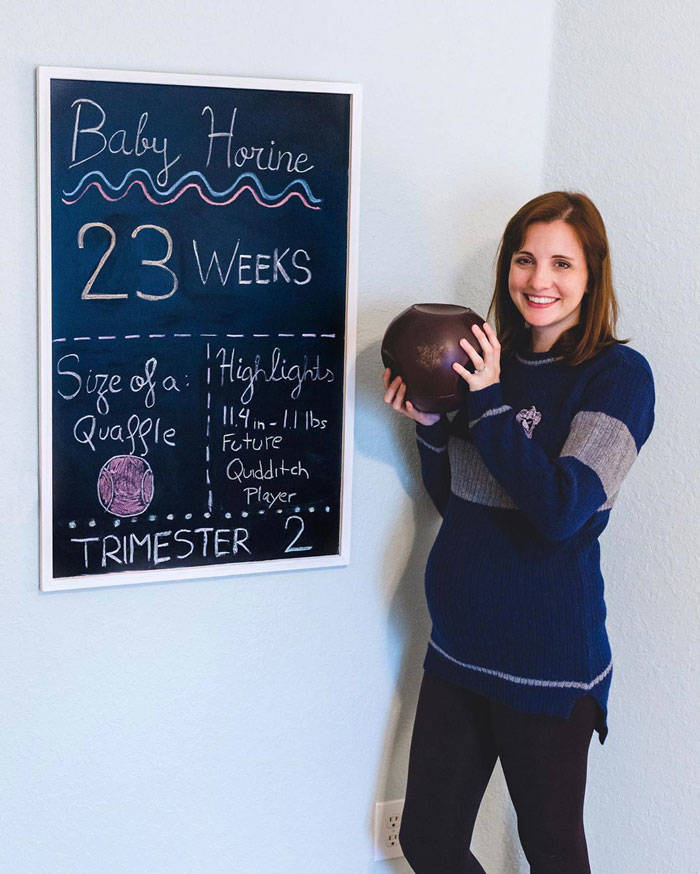 Lastly, the most important questions… what Hogwarts House does Grace belong to and her favorite Harry Potter character?

“I am a Ravenclaw!” proudly said Grace. Shout out to all of the Ravenclaws out there!

She continued: “As far as favorite character… I’m probably boring, but it’s Hermione because I relate to her a lot. We are both bookworms and a bit of control freaks! I love that throughout the series she remained by Harry’s side no matter what and was such an important and true friend to him.” 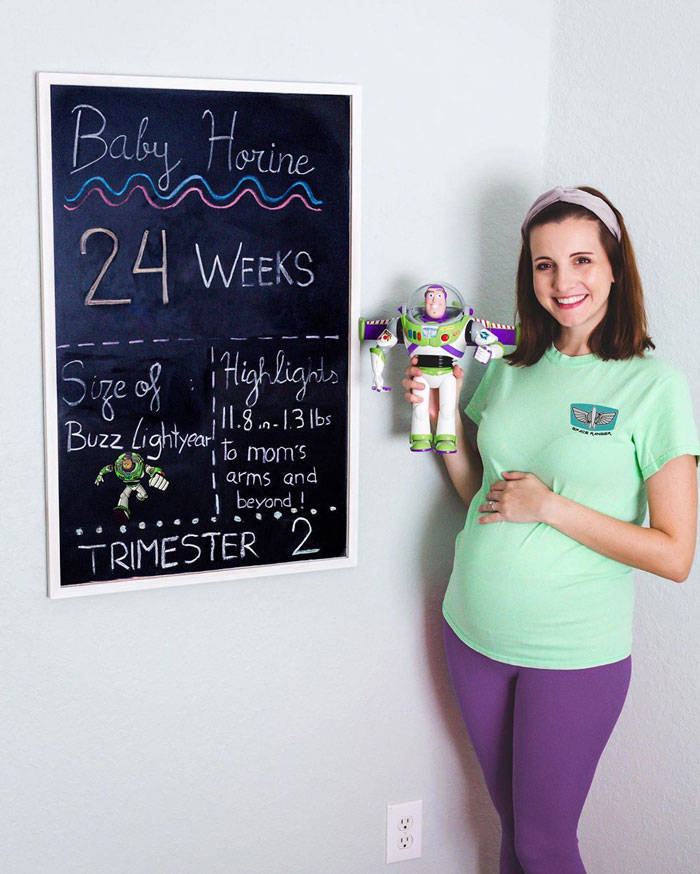 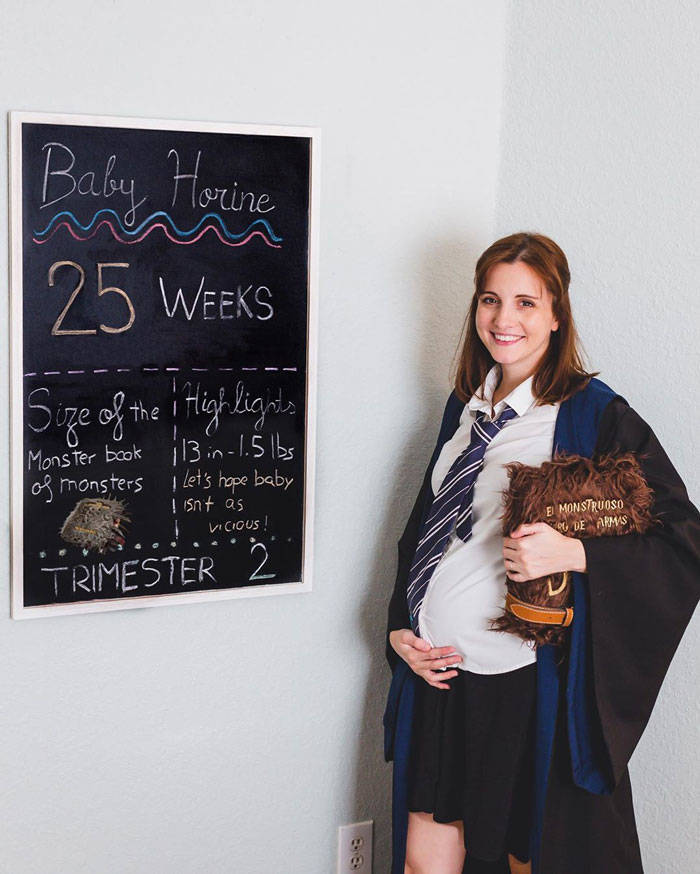 Week 26: Belle (Beauty and the Beast) 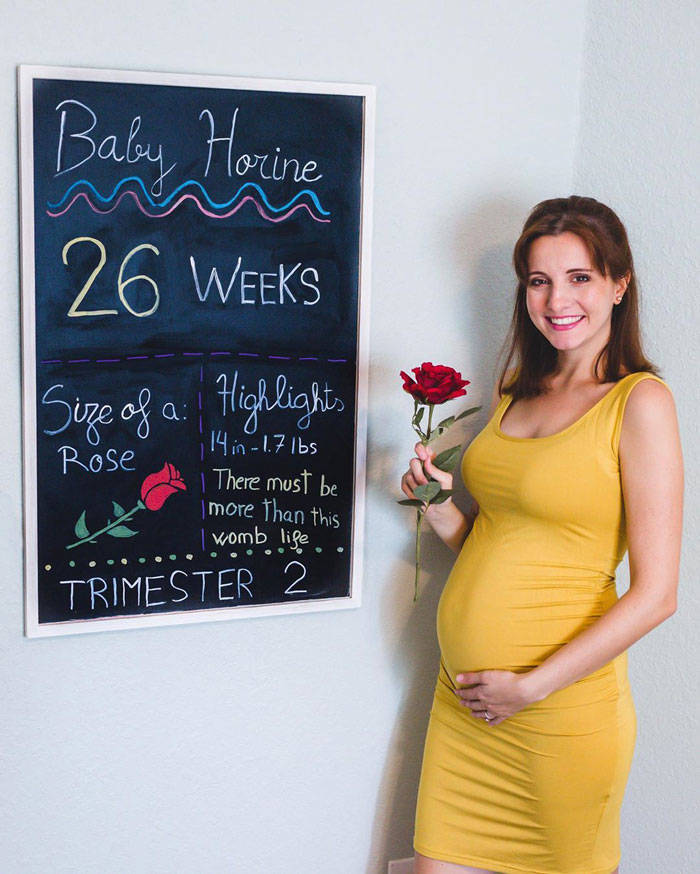 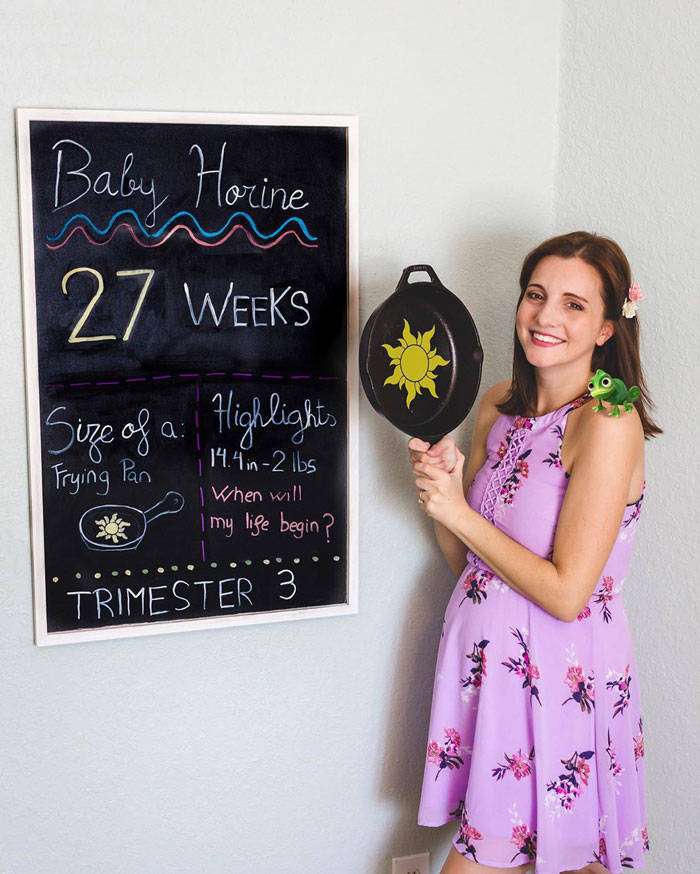 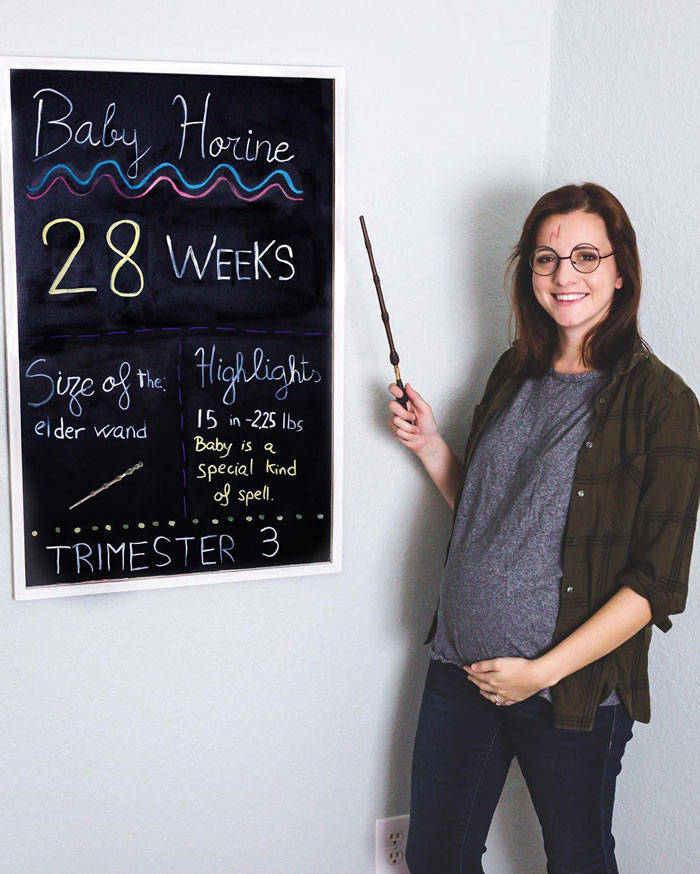 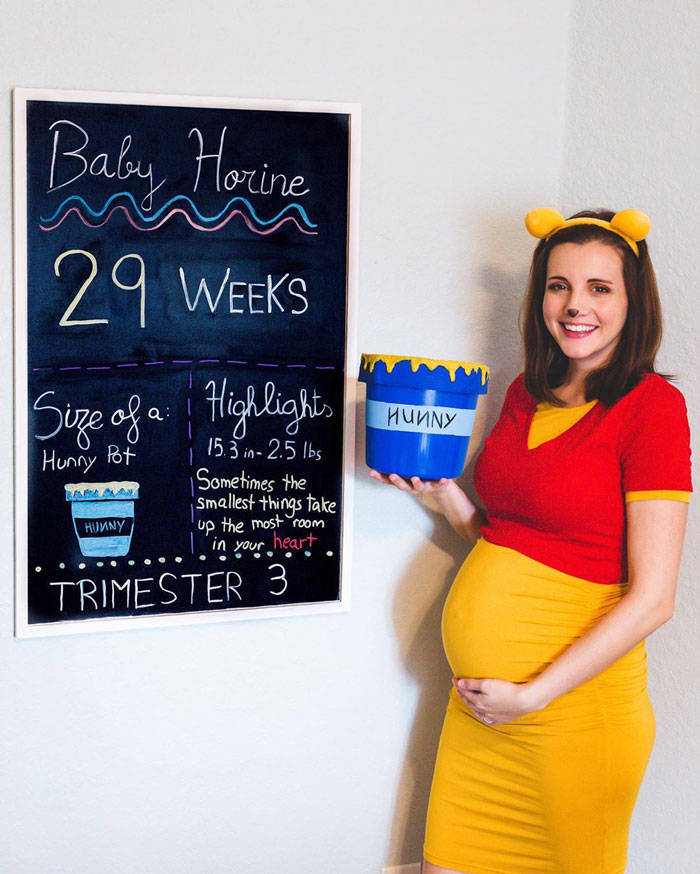 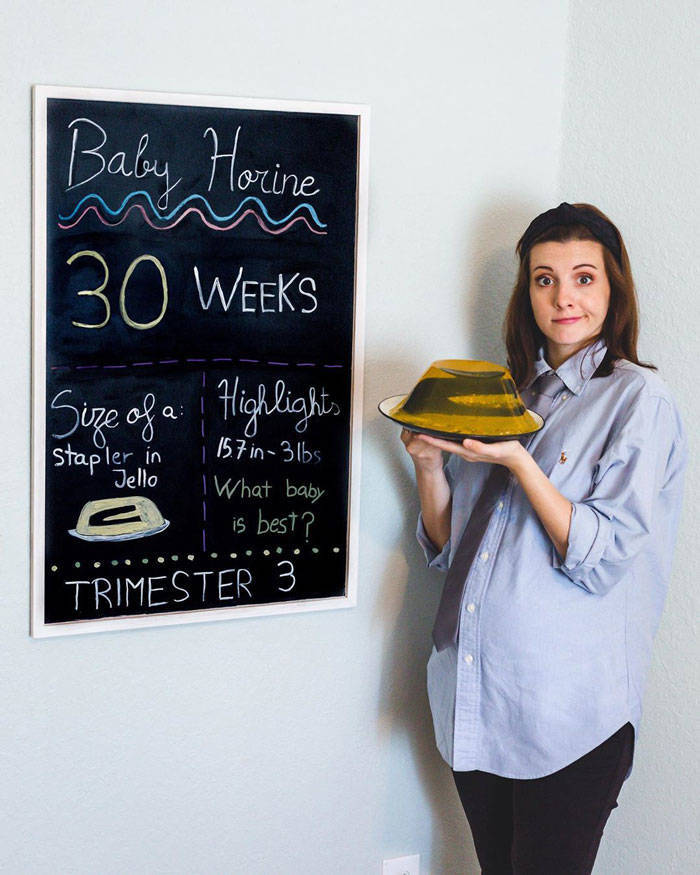 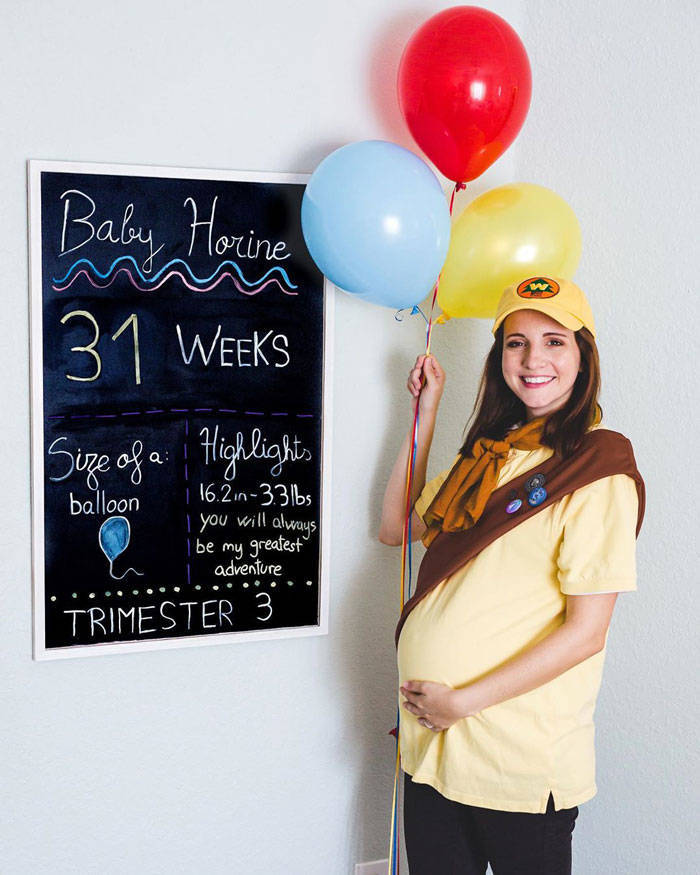 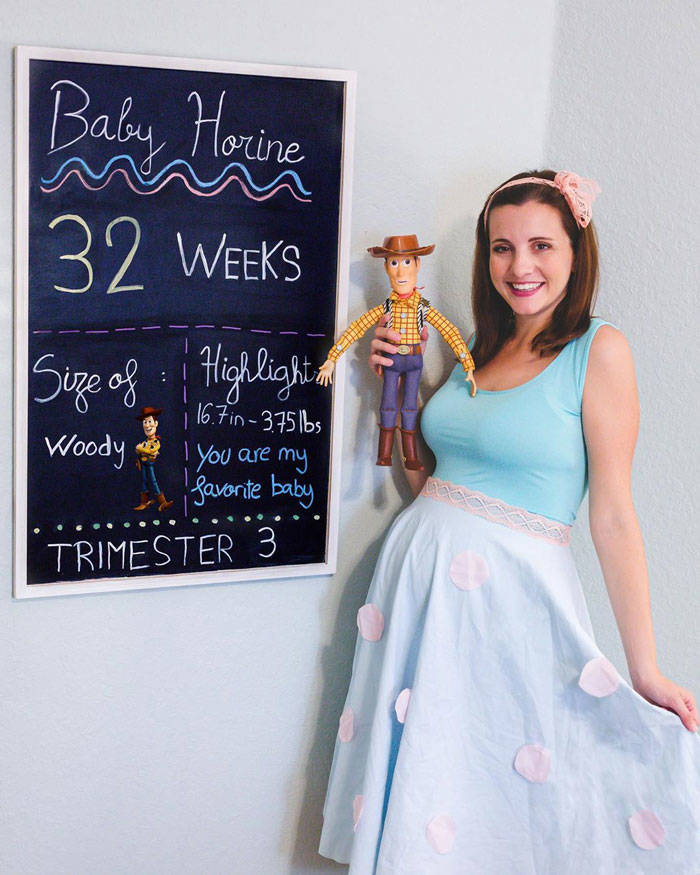 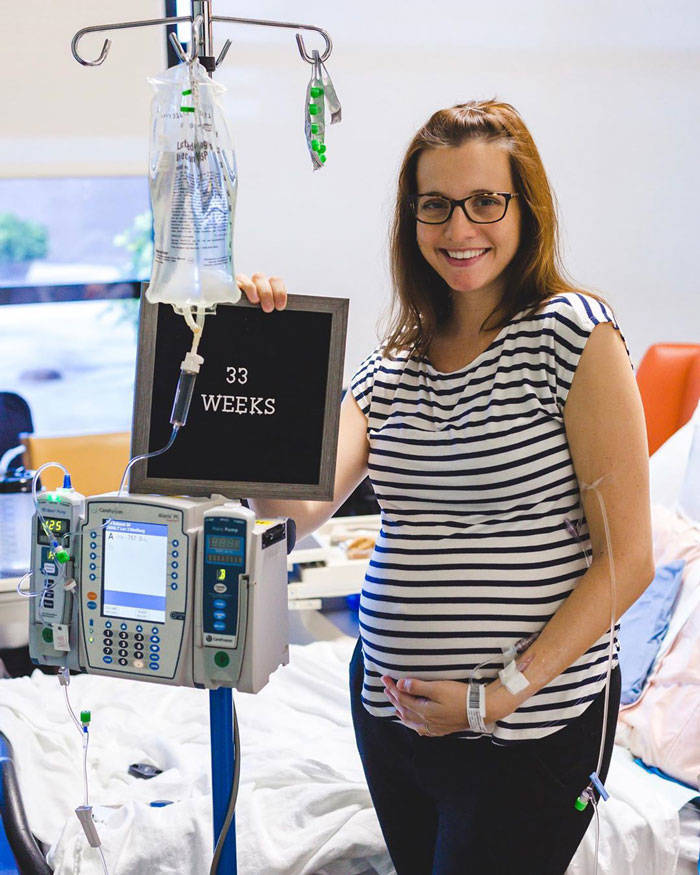 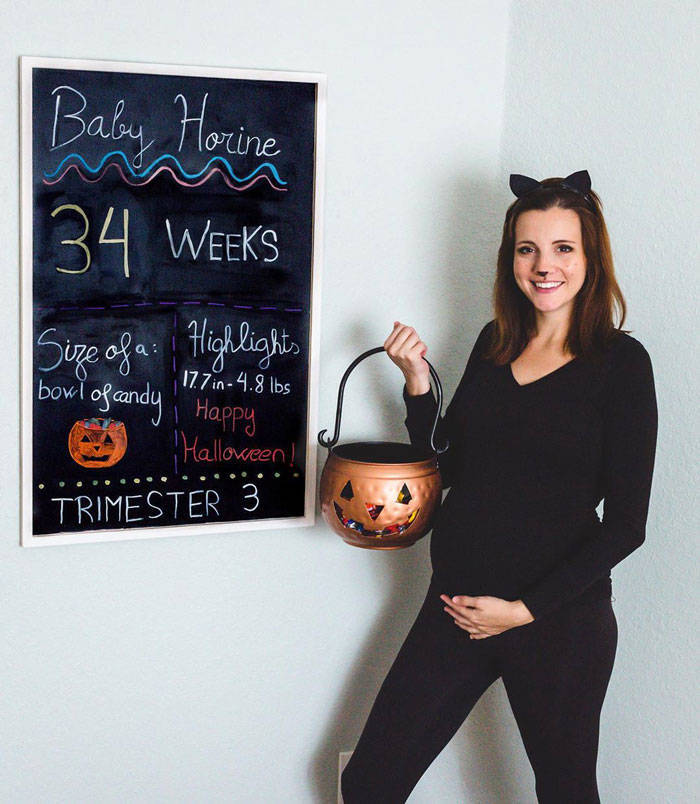 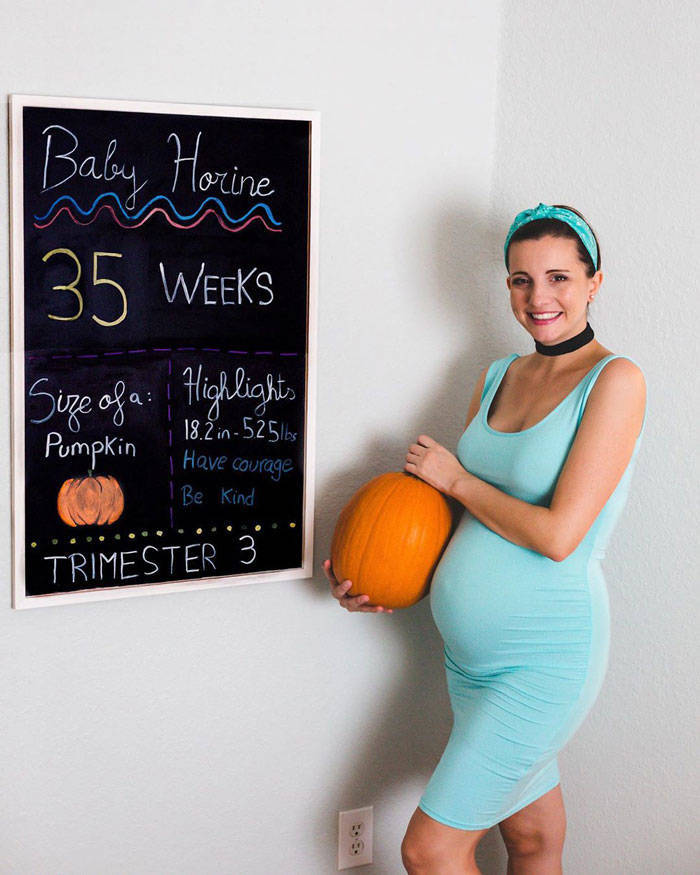 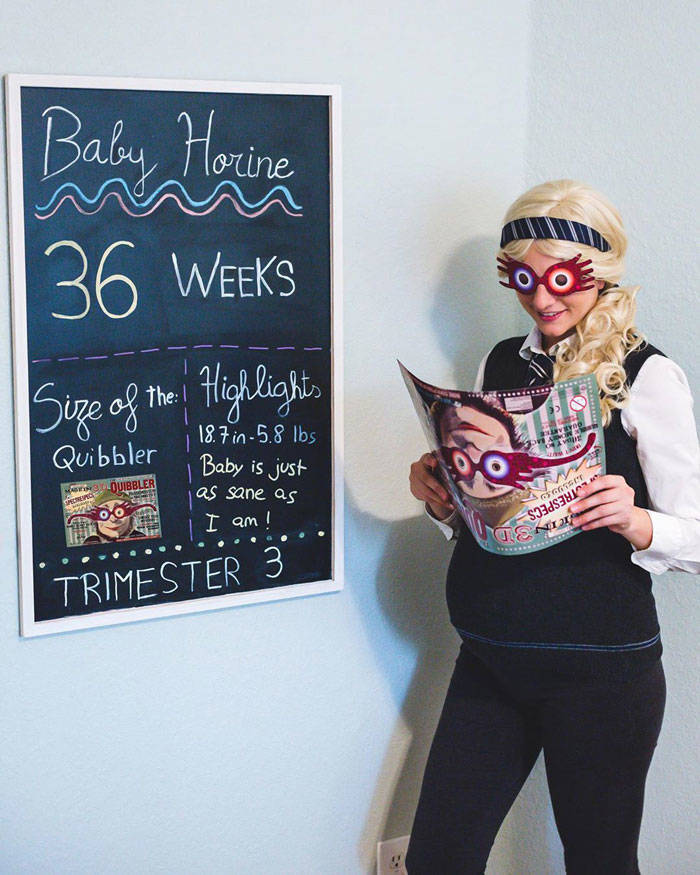 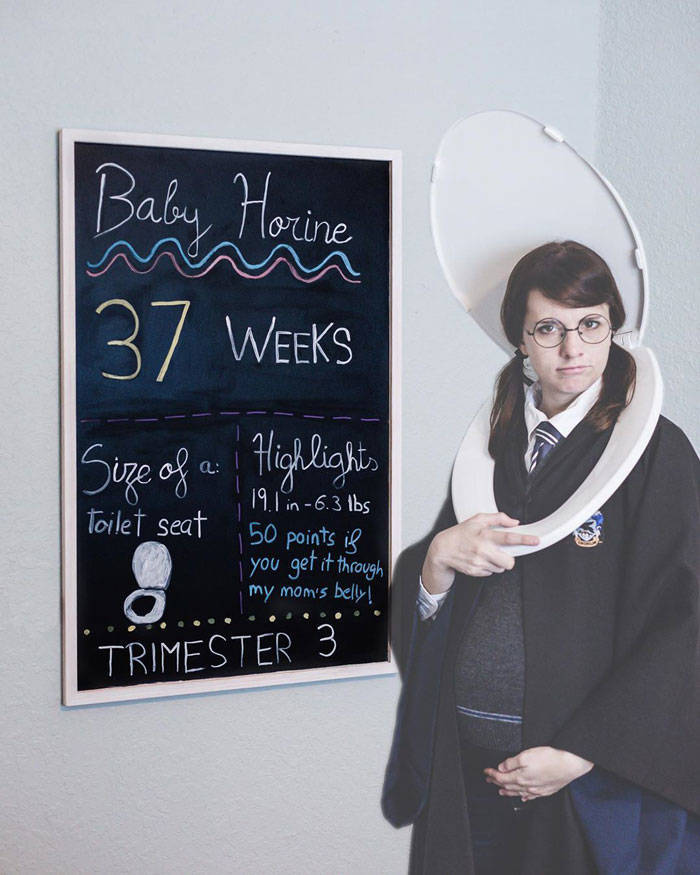 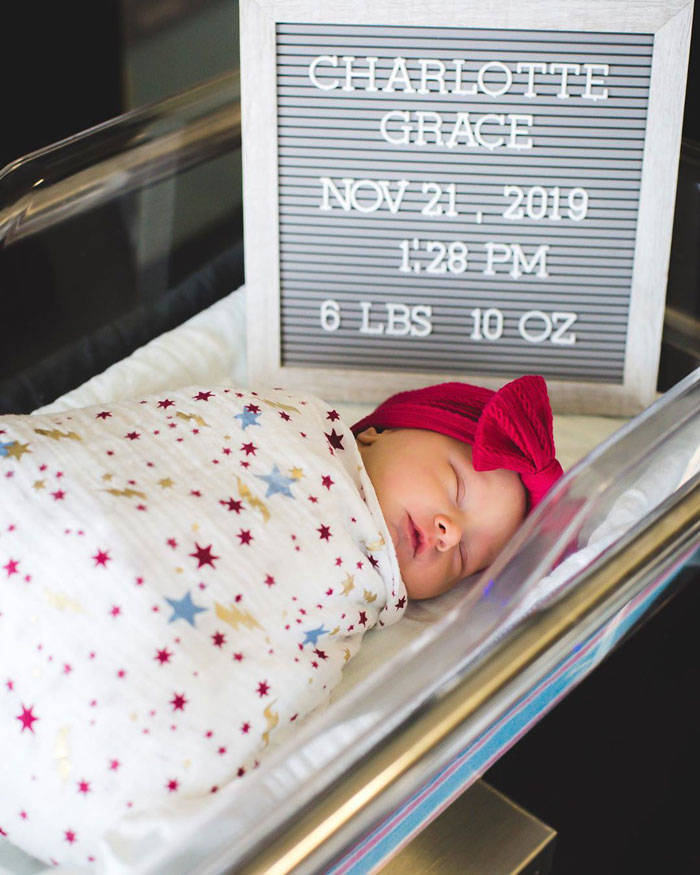 Smarter 5 month s ago
haha, women all over the world see this and think "F**k this hot chick with her flawless face, free time, and perfect sense of humor."
Reply
0

Unusual 5 month s ago
Smarter, Nah. Most of us look at it and think, "lol, Just wait Sister, you won't have time for these shenanigan's after your first-born." Not all, but most of us. lol