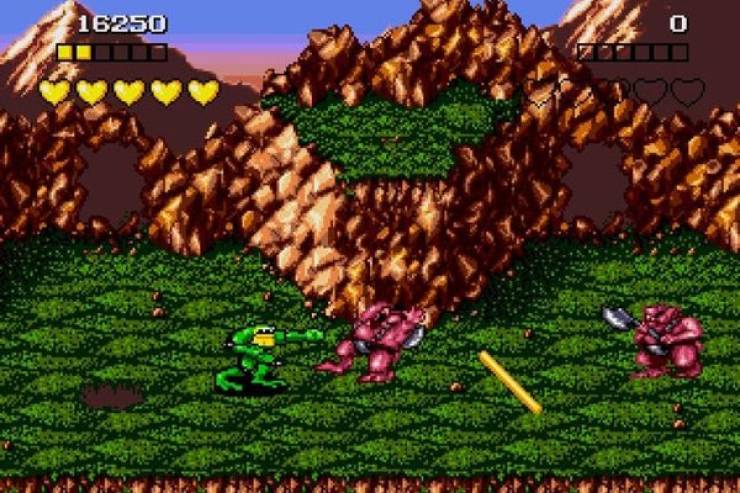 This was easily the most frustrating games of all time. Every level required expert timing, quick reactions, and extreme patience. And while the beat ’em up sections were already hard enough, then you hit the turbo tunnel. Then you were [email protected]#ked.

There’s nothing like this game today. Not only did it require speed and coordination, but you needed to memorize minutes of gameplay so you could anticipate the next thing to try to ruin your day. Then, there were the limited lives. Nothing like this game exists today, and we’re stronger for it. 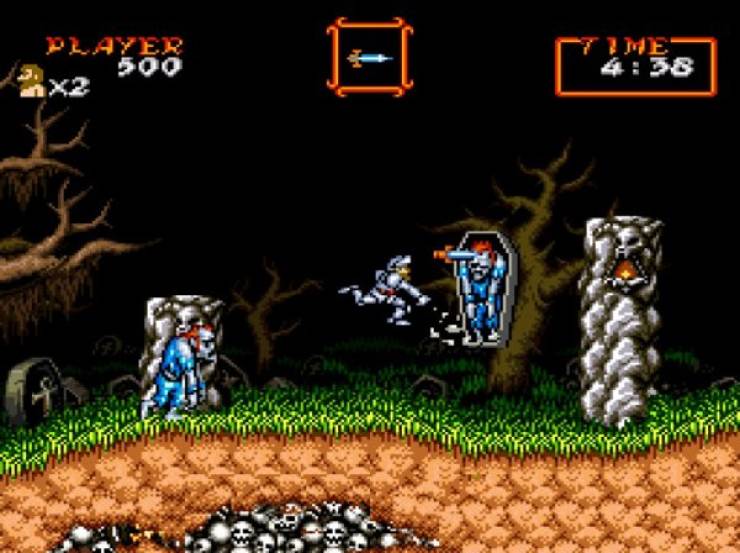 This game hit the SNES in 1991, and while it was similar to it’s predecessors in the series – platforming and killing ghouls, this one also pulled the rug out from under you.

On top of endless enemies, there’s one feature of this game that make today’s gamers turn the console off and walk away – the ending. Once you get to the end and defeat the final boss, you’re sent back to the very beginning of the game, and had to do it all again to actually beat the story.

What a huge slap in the face after spending hours to get here. Oh, and that’s all in one sitting. 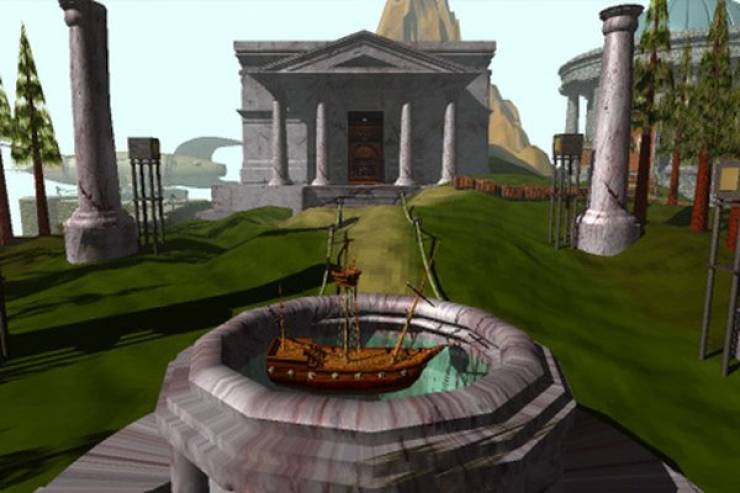 Unlike a lot of the tough games of that era, Myst wasn’t a [email protected]#ch because it required reflexes and precision, but because it was so thought provoking and cerebral. I mean, the puzzles in this game were un-paralleled at the time and felt like they were impossible to beat.

While some of the puzzles were simple logic-based ones, others were very sneaky and would probably drive someone to rage quit in disgust in today’s era. 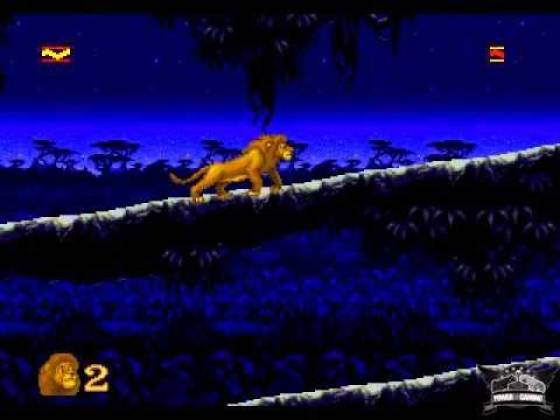 I was surprised to find out, back in 1994, that a licensed game based off of a Disney movie, could be so frustrating, especially the SNES version. This one was impossible, and it was supposed to be a game for kids.

Sure, the first level was easy; that was the tutorial. From the second one onwards, you only had 3 lives to dodge obstacles that came from nowhere, make absolutely precise jumps and avoid enemies that just barely touch you, and you die.

No one’d attempt this game now. 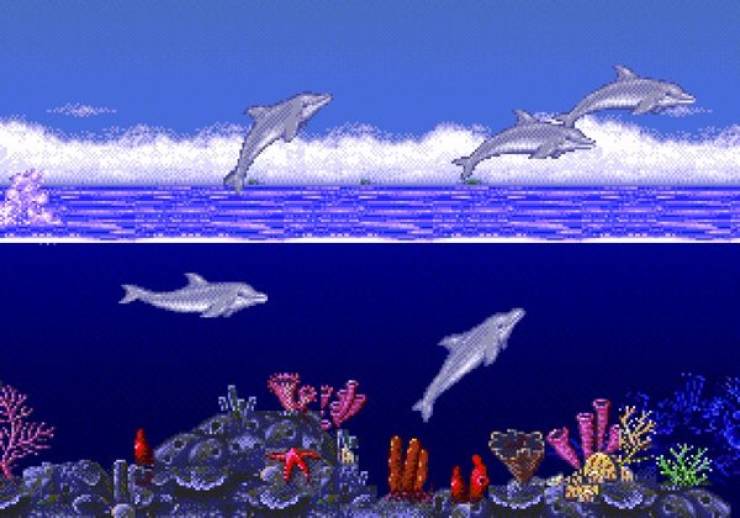 At first glance, this game seems pretty tame, right? Guide a dolphin through the ocean. But it was a deceptive game. It was dark, mischievous and insanely difficult to beat. The water-based combat combined with puzzles and riddles made it so frustrating.

Then, there was the final boss. If (and when) you died, you didn’t start somewhere relatively close to the boss – you got sent back to the previous level and had to work your way back. That’s not something you’d see in today’s games. 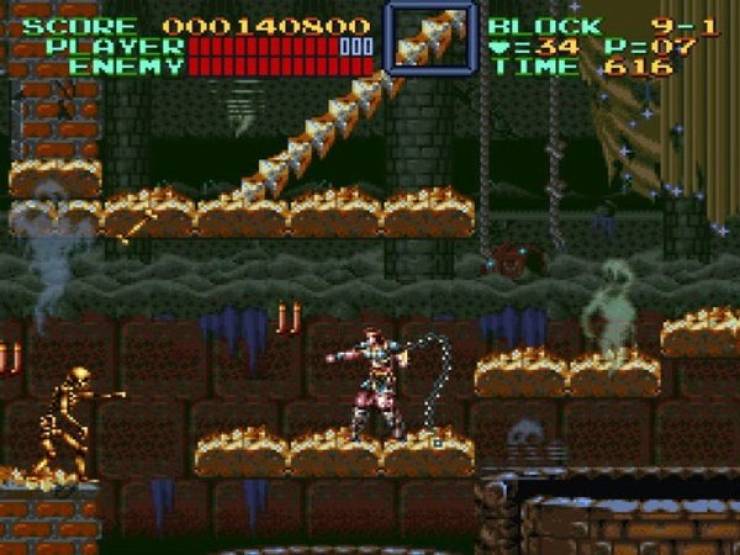 This 1991 game is another one of those that would easily frustrate today’s gamers with it’s sheer [email protected]#kery. It was almost like this game hated the player, with scores of hazards and required insane coordination.

Plus, the player had to experiment with how to handle their enemies, as each of them was different and required a lot of trial and error. And patience. 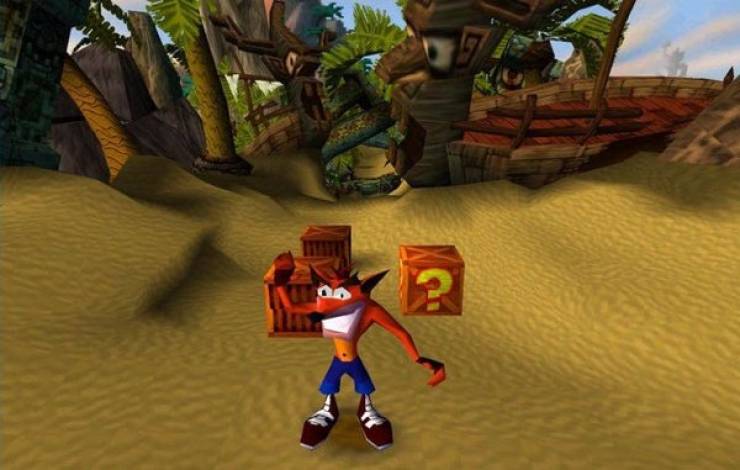 This was Sony’s answer to the Mario games, but they dialled it up to 11. If you played it on the 100% rating, it was impossible. You needed to time your jumps perfectly and needed the Aku Aku mask, or else one bump from an enemy killed you. 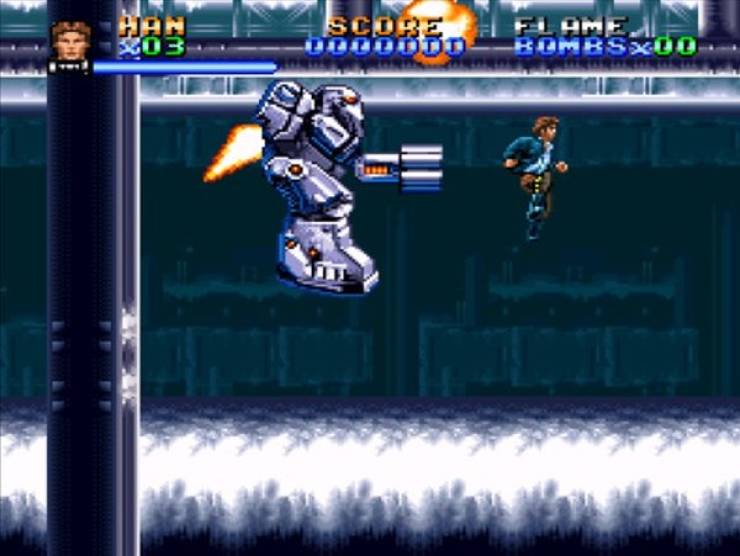 While all the Star Wars games offer a challenge, this one was worse than losing a hand to Vader. It was absolute hell.

What made it hard was the sheer number of enemies on the screen all at once, with insane hazards and platforms to boot. Mis-calculate, and you’d be toast. Plus, there were force abilities along the way that would help, but if you missed one, it was easier to restart the game, then to proceed forward. 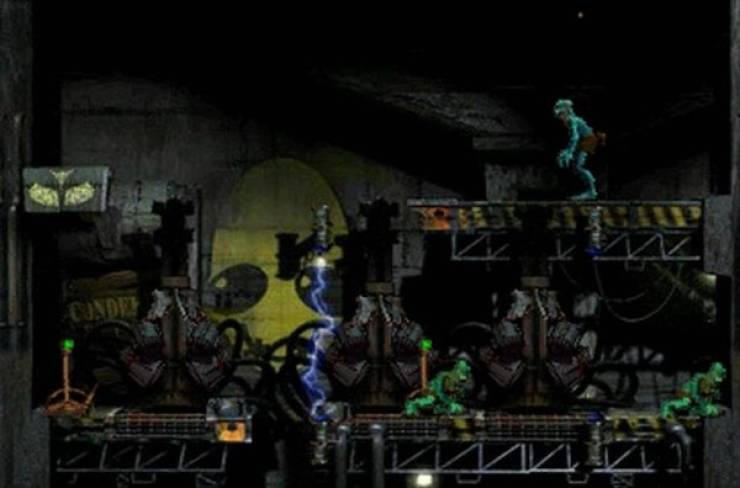 This game is considered the hardest in the series, with new gameplay mechanics that required a lot of trial and error to figure out. I’ve never played this one, but based on the reviews from the time, this game was frustrating.

Add to that, some sporadic checkpoints that offered saves at the weirdest times and places, that meant if you died, you’d start off somewhere insanely inconvenient. 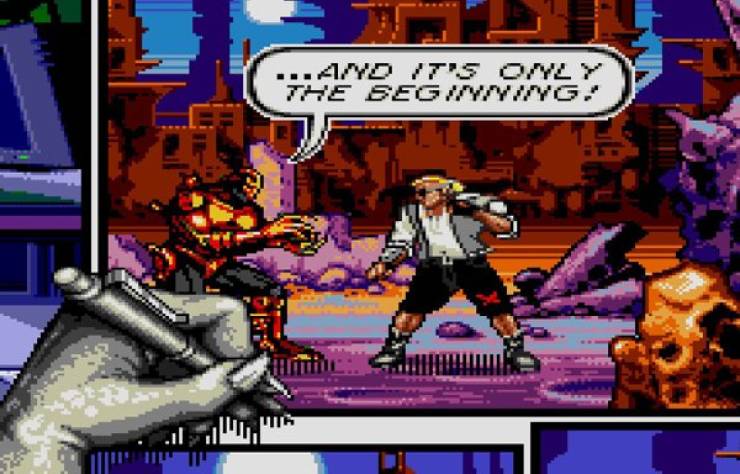 This game dates back to 1995, and was a beat ’em up that had players transported into a comic, where they had to fight their own creations. Between the insane volume of enemies, challenging puzzles, and precise jumps you had to make, the developers only gave you one live. 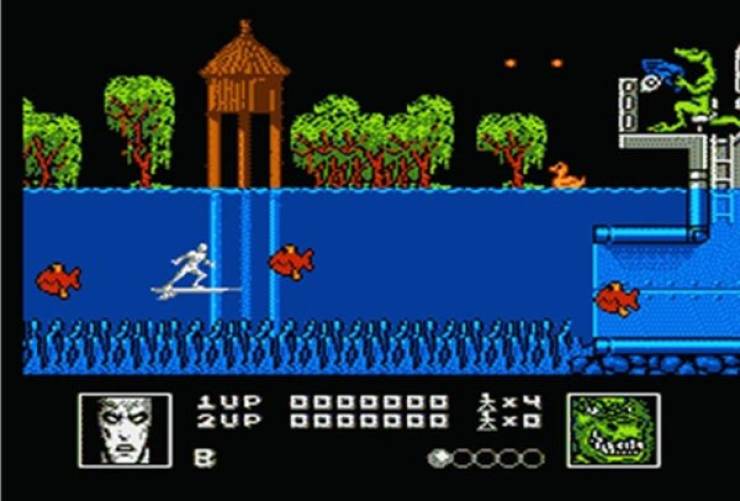 This was one of the last games in the NES’ lifecycle, and considered one of the most difficult games of all time. The gameplay swaps from a side-scrolling shooter, to a top down vertical shooter, and was so insanely unforgiving. In fact, most gamers of the time thought that the game was released in a broken state. Sadly, they were wrong.

There was no game in the 90’s that hated the player more than this one. 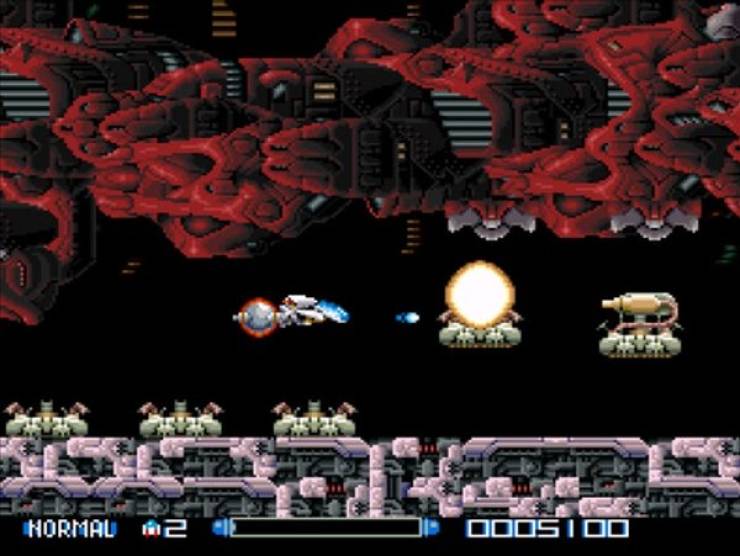 This “bullet-hell” type game was the worst of the worst. This game bordered on being unfair, with hundreds of enemies and projectiles crowding your screen, making dodging impossible. Plus, the game was prone to performance issues and lagging frame rate, so that added to the fun.

But what made this game a kick in the balls was the lack of checkpoints. If you were hit, you were done. You had to be perfect every time you played it, in order to advance. 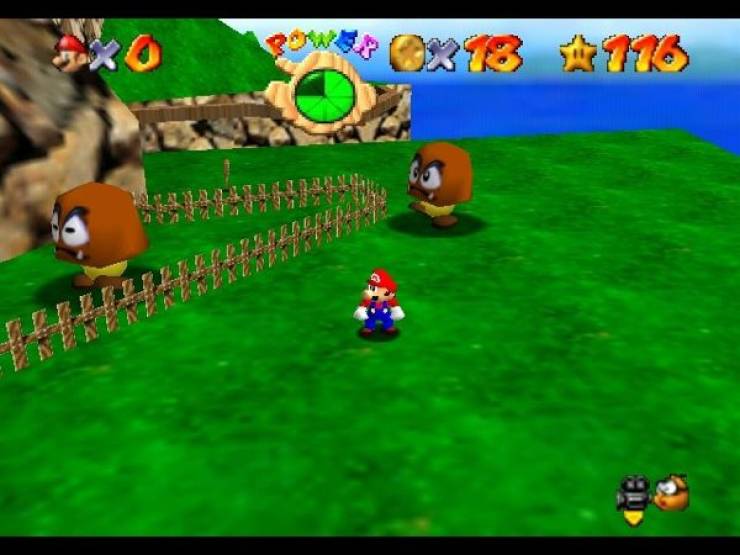 Nintendo has always been able to maintain a fine balance between accessibility and challenging gamers. With enough persistence, anyone can beat the original Mario titles, but this edition proved elusive for the majority.

Not a lot of people have the patience to collect all the stars, survive the timing challenges and red coins to get 100% in each level. Then, there was the final boss.

People 5 month s ago
The first Toy Story PC game was also ridiculously difficult. We installed it for our younger siblings to play and even as an experienced gamer, this was a very difficult game. I also hated Myst with a passion.
Reply