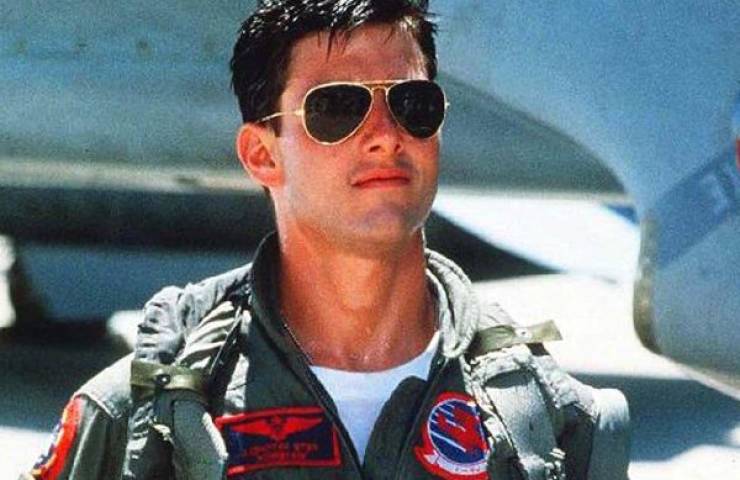 From the very beginning, the filmmakers wanted Tom Cruise for Maverick. He kept turning it down until they arranged for a ride along with the Blue Angels. Afterward, Cruise ran to the phone to call and say “I’m in. I’m doing the movie. I love it. This is great.” 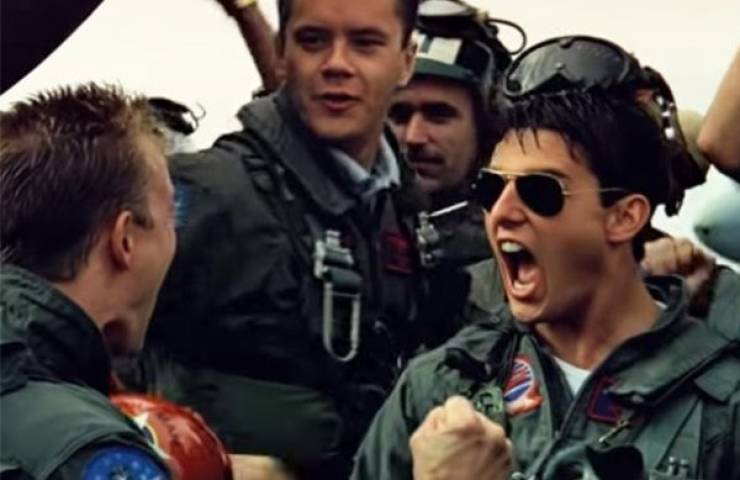 All of Maverick’s stunt flying was done by Scott Altman, who later went on to become a NASA astronaut, flying as a pilot on two missions and as commander on two more missions. 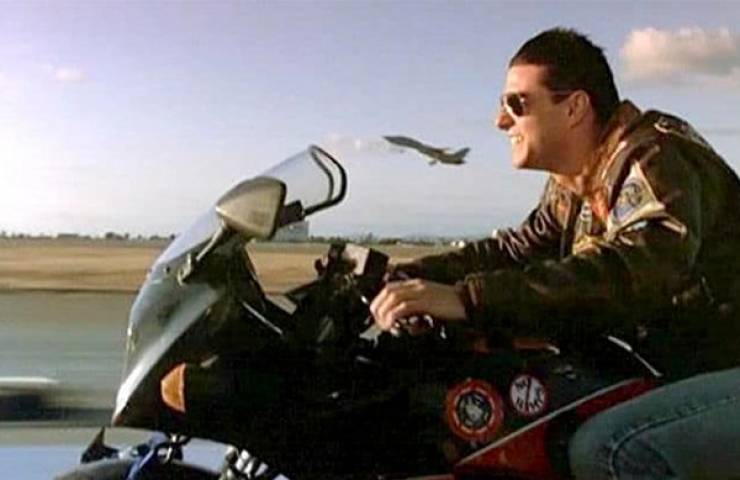 Cruise had never ridden a motorcycle until Top Gun. He went to House of Motorcycles in El Cajon, California to learn. They taught him in the parking lot. 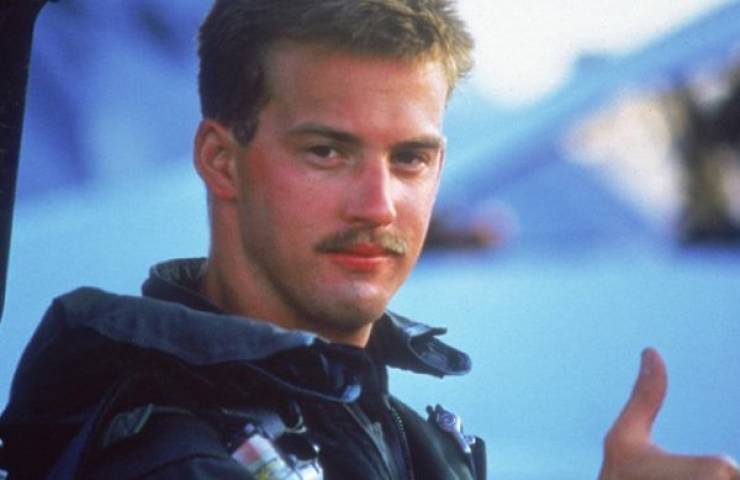 Anthony Edwards is the only actor who didn’t vomit while in the fighter jets. 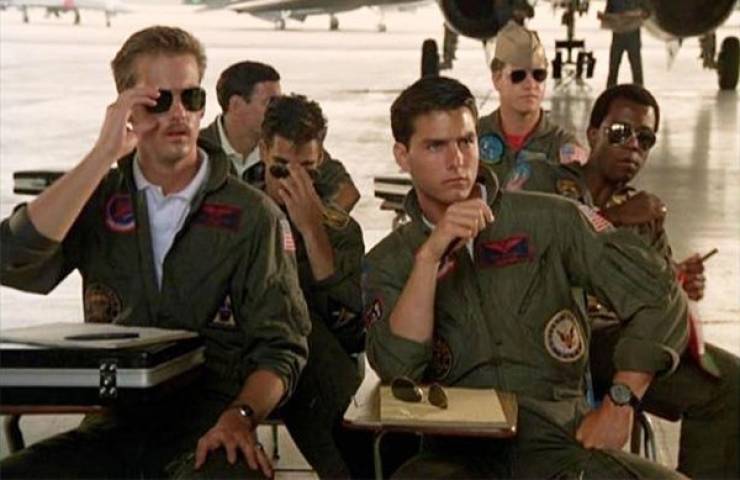 The real Top Gun School imposes a $5 fine to any staff member that quotes the movie. 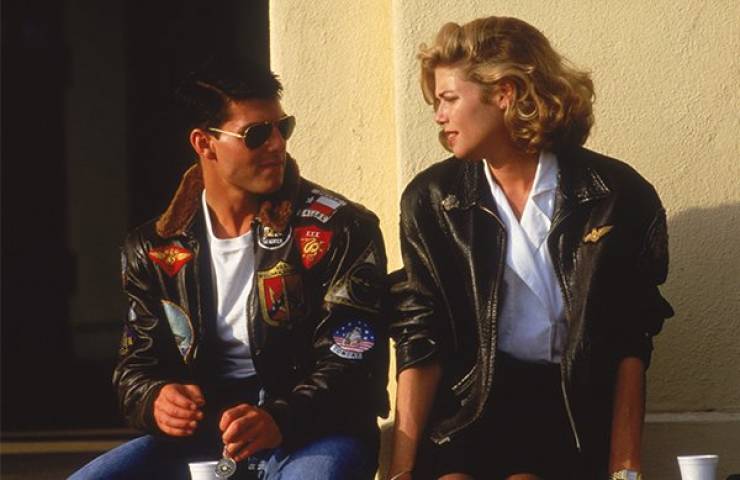 The studio originally didn’t want Kelly McGillis to star as the female lead because they thought she was “too old”. She was 27. 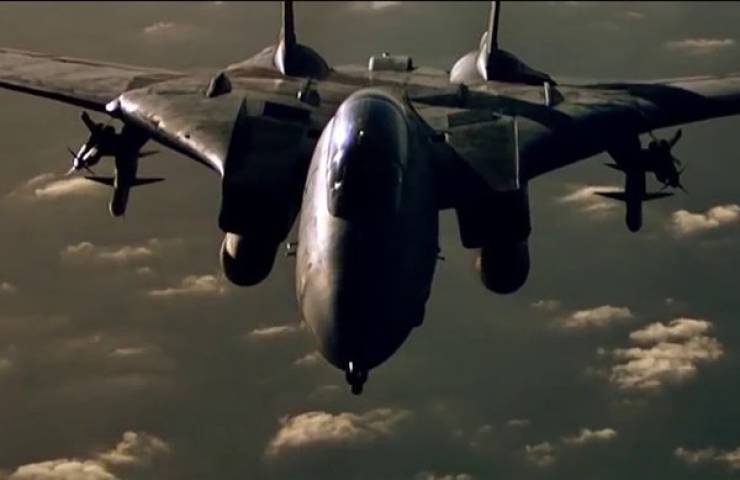 The Pentagon charged Paramount Pictures 1.8 million dollars to use all of their planes and aircraft carriers for the film. 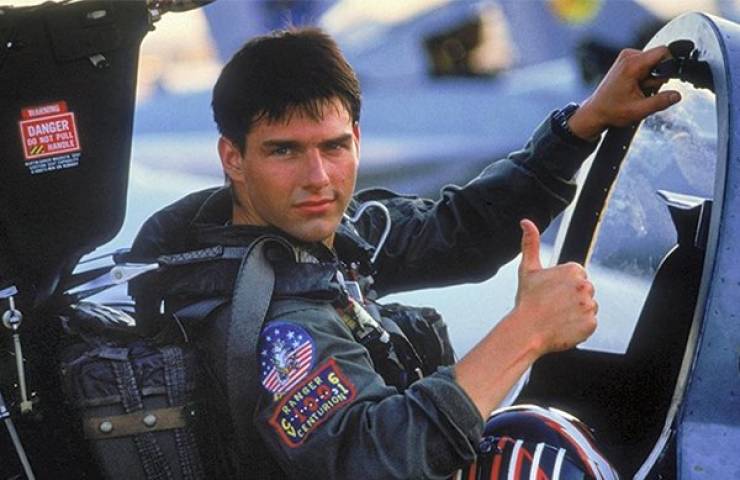 Riding on the back of this film’s success, the U.S. Navy set up recruiting booths in the major cinemas to try and catch some of the adrenaline-charged guys leaving the screenings. They had the highest application rate for years as a result. 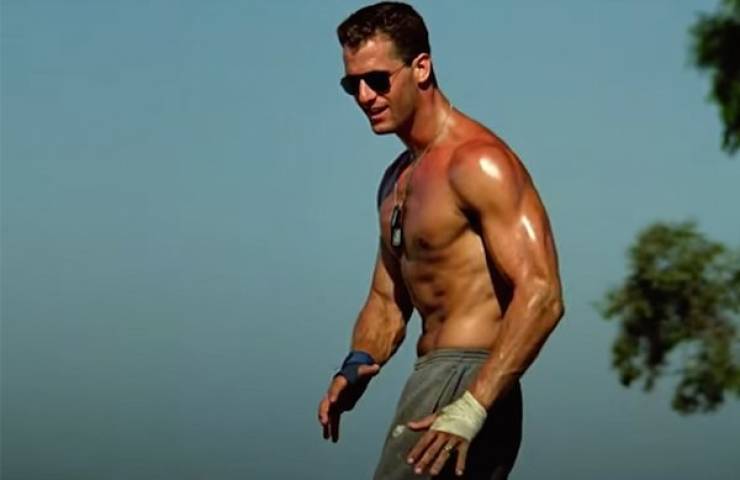 The actors’ “pilot look” was based on a photo book by photographer Bruce Weber showing slightly covered to full-on nude male models with a Military theme. 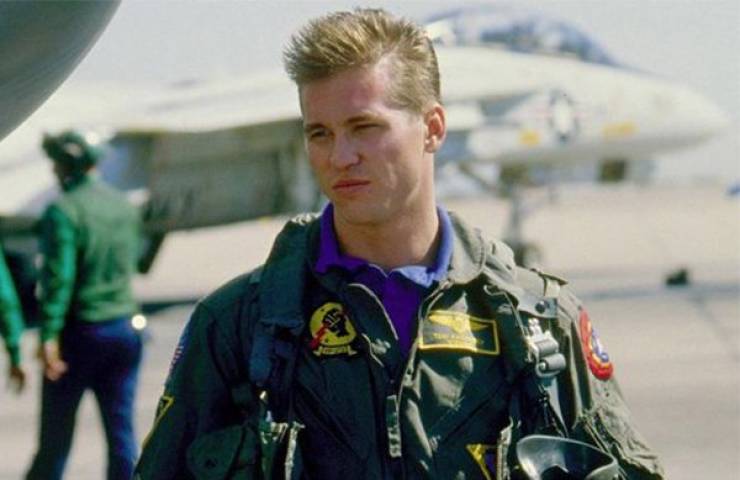 Val Kilmer did not want to be in the film, but was forced to by contractual obligations. 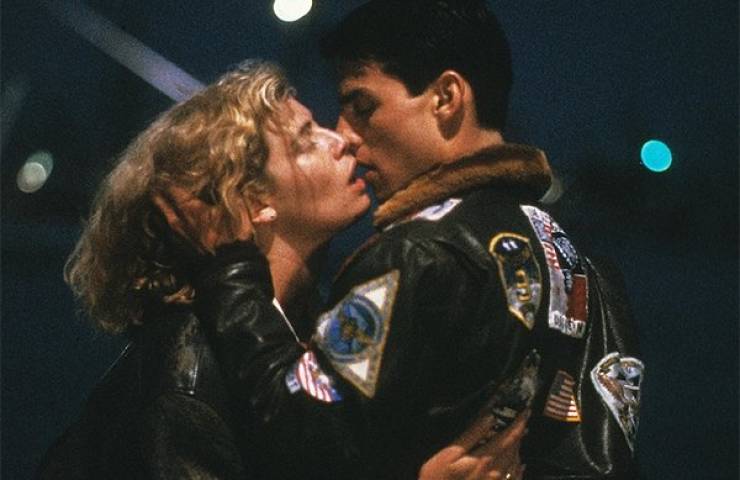 Tom Cruise had to wear lifts in his scenes with Kelly McGillis. Cruise is 5’7″ while McGillis is 5’10”. 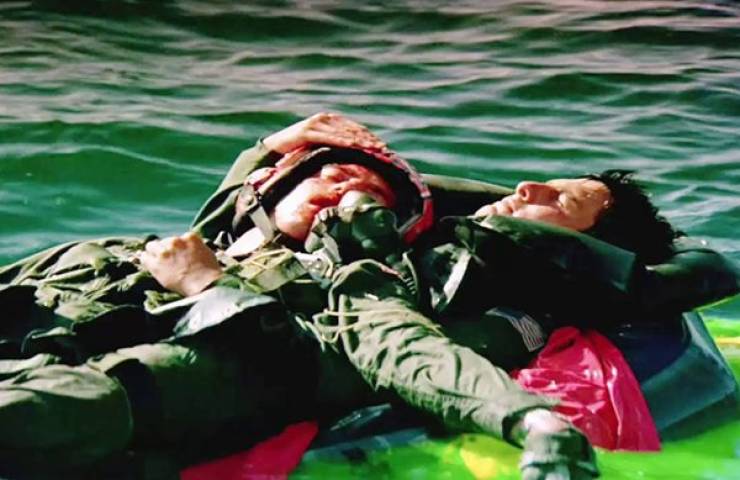 The Pentagon demanded script approval to ensure that the Navy was portrayed in a positive light. They demanded the cause of Goose’s death be changed from a midair collision to an ejection mishap because the Navy was concerned that it looked like too many pilots were crashing. 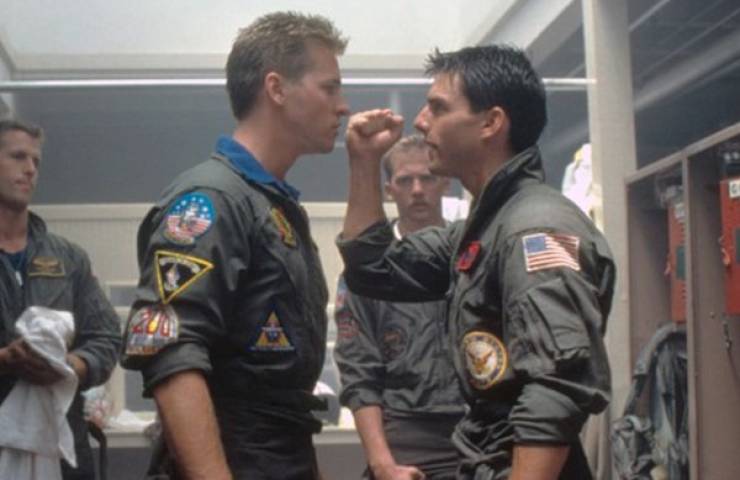 The tension between Maverick and Iceman isn’t just good acting, Director Tony Scott didn’t allow Cruise and Kilmer to socialize. Every time the crew went out for drinks, they had to do so in two separate groups, per his orders. 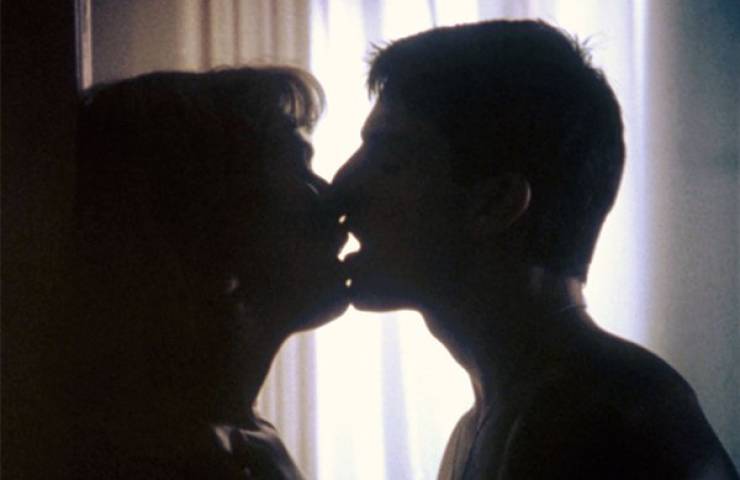 When filming was complete, producers realized that they forgot to shoot the love scene between Maverick and Charlie. They went back to get one last shot, but it required some trickery because Kelly McGillis had just cut her hair short. 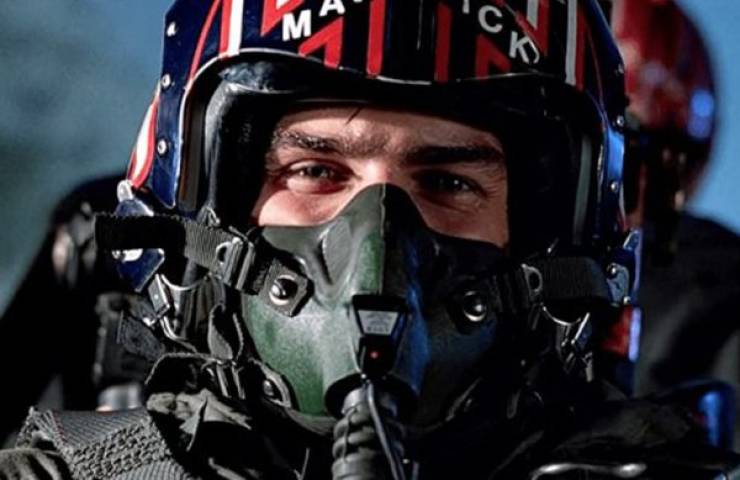 Top Gun was the highest-grossing movie of 1986.

The Navy only authorized two actual missile shots for the movie. All other missile shots were made using miniatures of both the planes and rockets. They did such a good job that the Navy conducted an investigation into whether any additional live firings of missiles were done.

Jump 11 month s ago
I like all you Navy boys. Every time we’ve gotta go someplace and fight, you fellas always give us a ride.
Reply
X
>
1/1
<