Animals Are Pretty Curious, So Here Are Some Facts About Them! (16 pics) 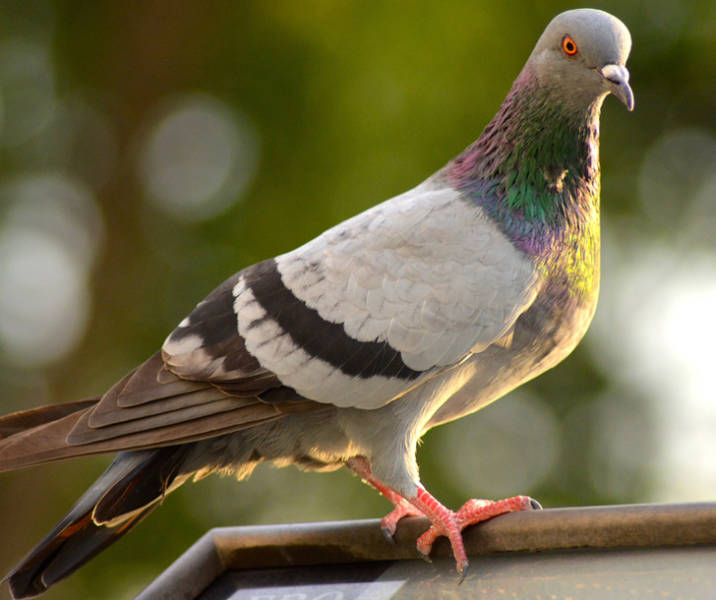 Pigeons, crows, and ravens can recognize people and remember their faces. These birds might also show resentment and anger toward people who were aggressive with them.

Cows are more dangerous than sharks.
2

Cows kill more people than sharks every year. According to the Centers for Disease Control ‘WONDER’ Database and International Shark Attack File, from 2001 to 2013, cows killed 60 people in the US, while sharks only killed one person per year. We should probably be more afraid of cows than we are of sharks!

Jaguars can bite through a turtle shell.
3 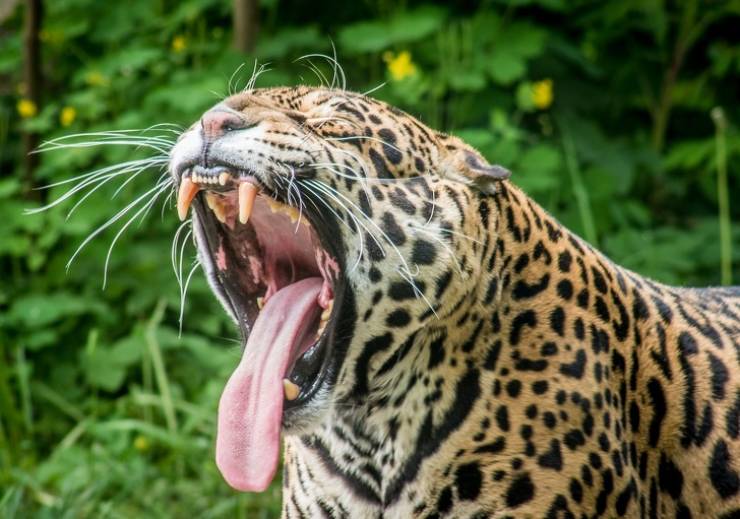 Jaguars take 3rd place among mammals when it comes to their bite force (lions and tigers occupied 1st and the 2nd place). Their teeth are so long and their jaws are so strong that they can bite through a turtle shell or a cow’s skull.

Axolotls can even regrow their brain.
4 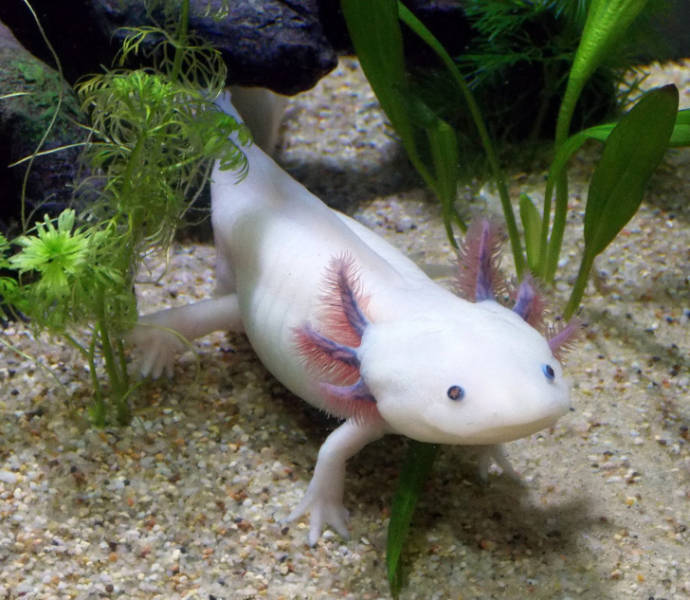 Axolotls are a type of salamander that are famous for their ability to grow back almost any part of their body, starting from their feet, legs, arms, tail, and up to the parts of the heart and brain. And the regeneration of their body parts isn’t the most surprising thing about them.

Beetles are guided by the Milky Way.
5 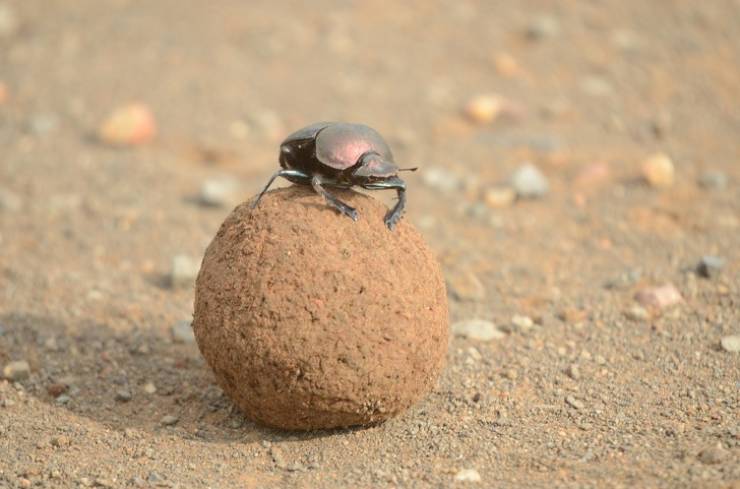 Beetles who live in Africa look up at the sky when walking on the ground and are guided by the Milky Way. Sometimes they travel miles away from their holes but they always come back home. It’s interesting that in a closed room, they move in a chaotic way and sometimes in circles.

Elephants can recognize themselves in a mirror.
6 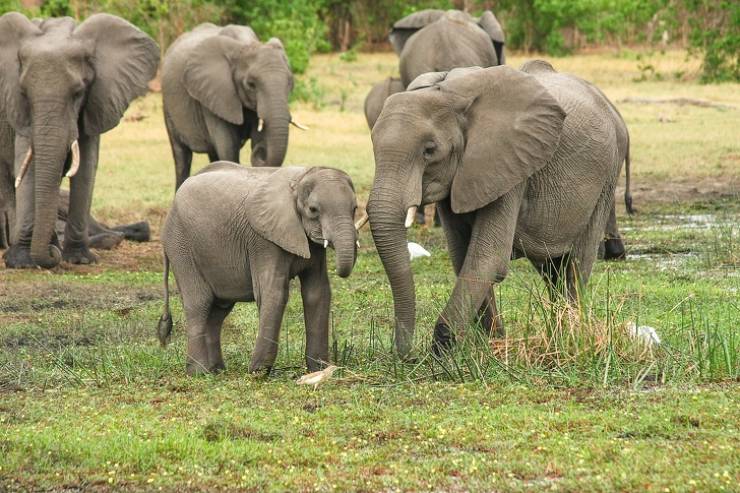 Elephants can recognize themselves in a mirror. This may mean that they have a certain level of self-awareness that some monkeys and dolphins have also shown. 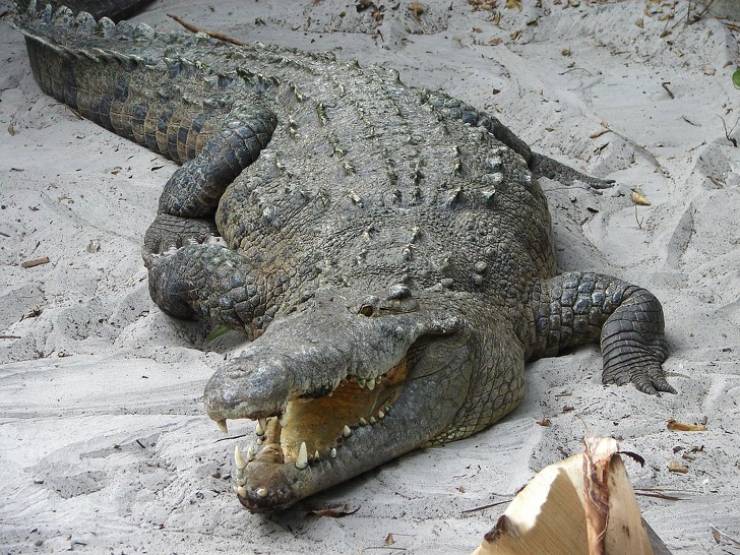 The alligator’s jaw muscles are so strong that they can close with the force of a fast-driving truck. But, despite the very high compression force of their jaws, the muscles responsible for the opening of the mouth are so weak that alligators’ mouths can be kept closed with just the help of your hands, scotch tape, or even a rubber band.

Cows can have best friends.
8 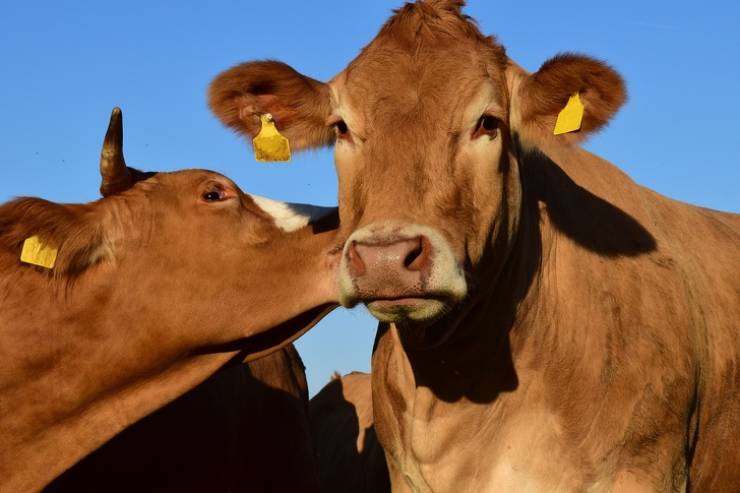 Cows may have friendly relationships with some other cows from their herd. And they experience less stress when they spend time with their friends. But if they get separated and placed in different groups, the cows may start to suffer from a high level of stress. After some time, they lose their friendly connections and are unable to restore them, even after they are reunited.

You should blink more often when you look at a cat.
9

When you blink, you show to the cat that you’re not dangerous and that the cat can trust you. It’s even better to blink slowly. This way you’ll show your love to the cat. Cats perceive blinking this way because in their world, when you close your eyes in the presence of another predator, it’s a sign of the highest level of trust. 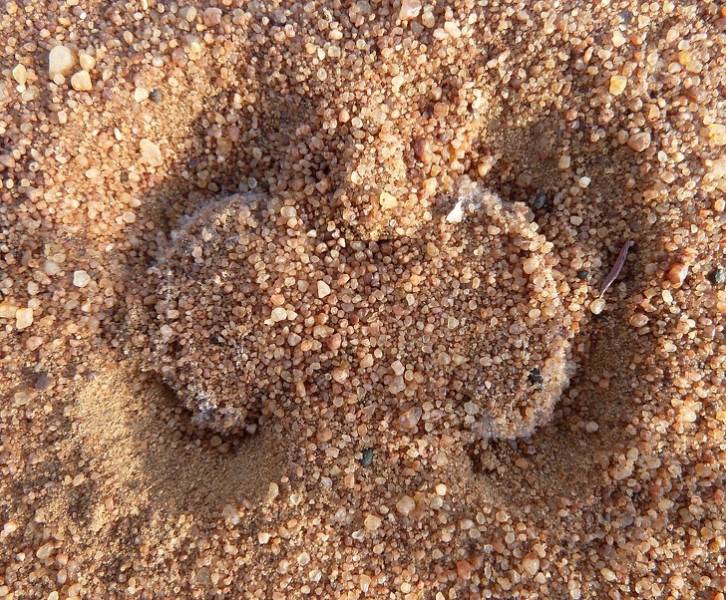 Seothyras live in the Namib desert and in other parts of South Africa. They belong to the family of the Eresid spiders. They hunt ants hiding in the sand. When they feel the vibrations that may come from the movement of their potential “food,” the spiders grab the ant by their legs and put it on the hot sand. Then they just wait for it to be cooked alive. 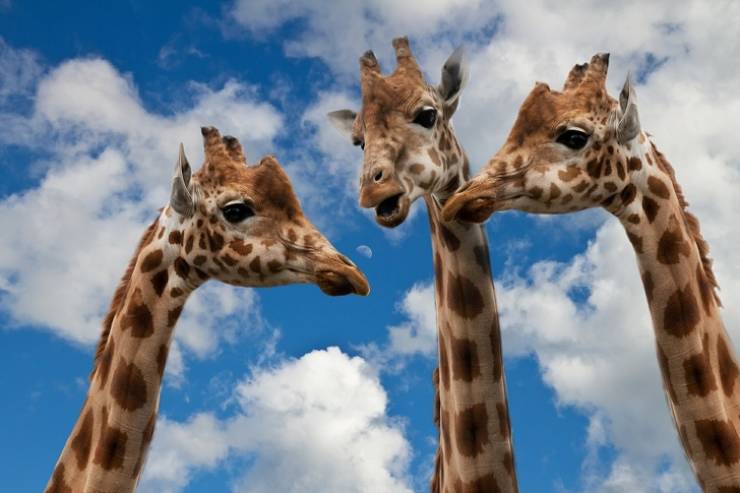 Did you know that giraffes can bleat, meow, cough, moo, roar, snort, whistle, grunt, and snore? But the most interesting thing is that they are very sociable animals. And they “talk” to each other with the help of infrasound, which cannot be heard by the human ear.

Researchers even managed to decode some of the sounds. For example, when a male coughs, they show their affection to a female. And if they moan or grumble, they show that they’re in conflict with other males. If a female hisses, she’s scolding or teaching a young giraffe.

Why do birds relieve themselves wherever they want?
12 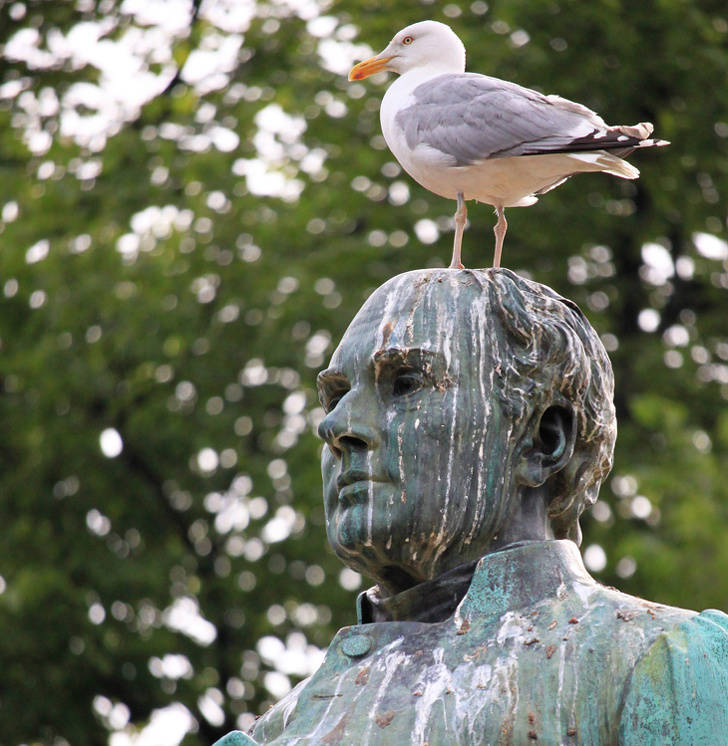 Birds don’t have sphincters. Well, to be more precise, there are some muscles around their cloaca but they are almost undeveloped. So birds just can’t control the process of a bowel movement. Their waste products leave their bodies without any action from the bird, after a certain amount of it has been accumulated.

Okapi were considered mythical animals until the 20th century.
13 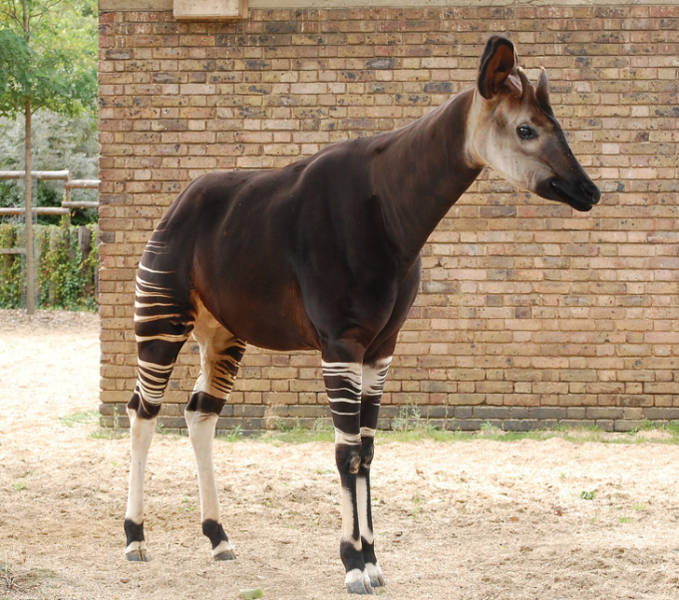 Okapi, that are often referred to as a semi-zebra-semi-giraffe, lead a reclusive lifestyle in the wild. These animals were not known to the Western world until the beginning of the 20th century and were even considered mythical creatures, like unicorns or dragons. 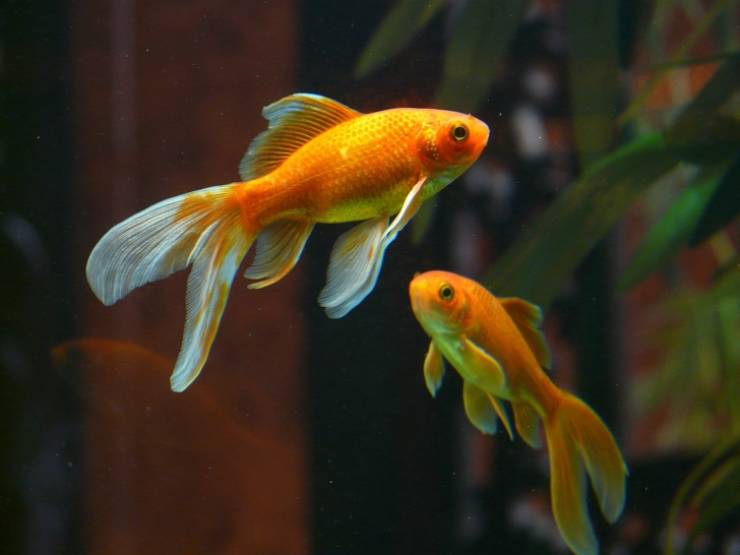 Goldfish are often kept in small aquariums with a volume of fewer than a gallon of water. Although these little creatures are quite hardy, they need an aquarium that can hold at least 5 gallons of water for a comfortable life. The fact is that these fish produce a huge amount of waste, so they need a very powerful filtration system in their aquarium. And most importantly, goldfish can grow up to about 10-12 inches in length and live up to 20+ years. Few people suspect this since these fragile creatures often die at a young age, without even having enough time to grow up. And it’s all because they are in the wrong aquarium.

A bear can run faster than a horse.
15 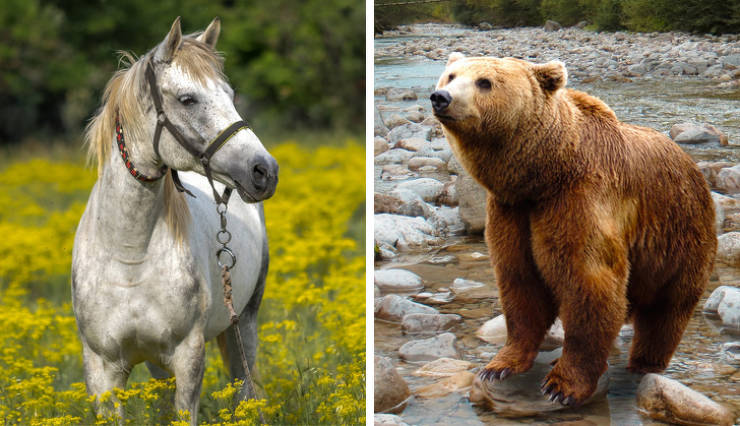 This may seem impossible, but bears are really capable of outrunning a racehorse. Though they are able to do it only in short distances, because bears have very little endurance. 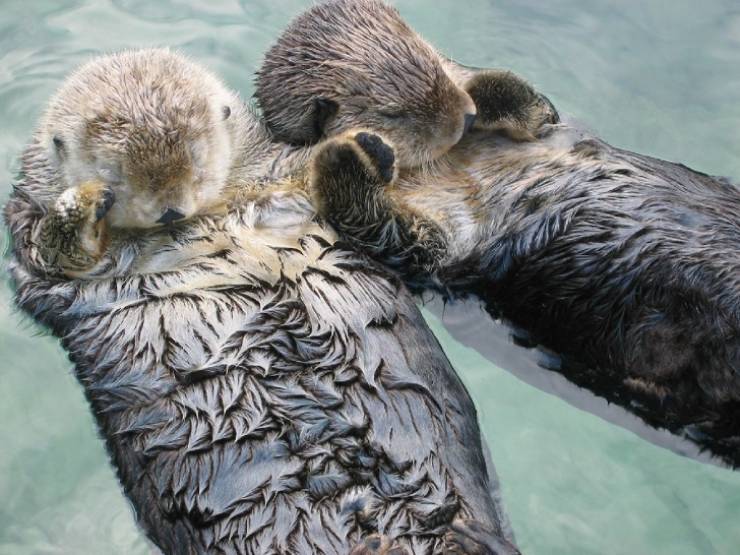 When otters sleep on their backs while floating on top of the water, they hold hands so they won’t drift apart while they’re asleep. So cute, right?

Stage 10 month s ago
#3 wrong! Hyena have 13 times stronger bite then a lion. Don know about Jag but this i know

Funny 10 month s ago
#3 - partially wrong, as if body size is considered, jaguar is on the 1st place well ahead of lion or tiger...
Reply