These Things Were Only Observed Once (11 pics) 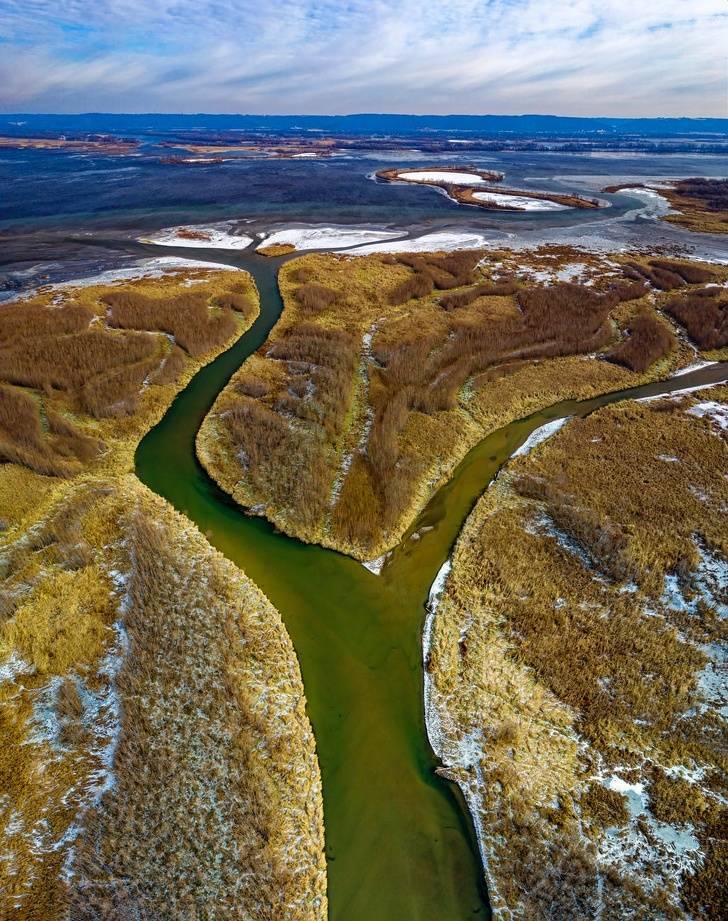 This river in the United States is the fourth-longest in the world. In 2012, Hurricane Isaac made the Mississippi River run backward for 24 hours and also caused the river to reach a height of nearly 3 meters above normal.

Filming a giant squid in US waters

Although these creatures have been seen mostly in Japanese waters, American scientists were able to capture a giant squid on camera over 750 meters underwater for the first time in the United States. To do so, they used a specialized camera system that used red light undetectable to deep-sea creatures with over 120 hours of recording! 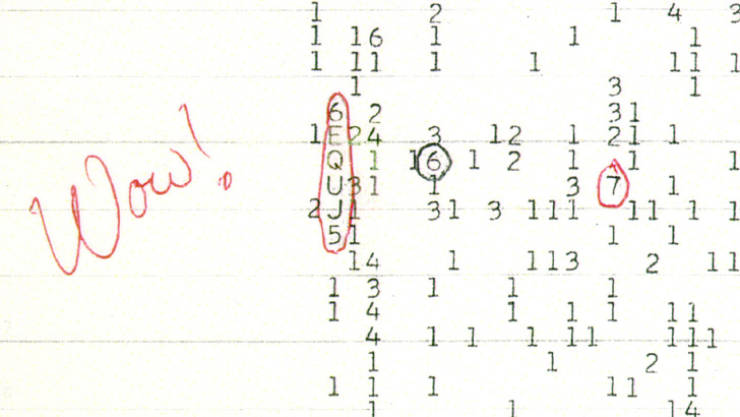 More than 43 years ago in 1977, a telescope called The Big Ear received a signal of a much stronger sound wave than is commonly heard in space. Radio astronomer Jerry Ehman was so impressed by the powerful signal from space, that he circled the reading on the computer printout that said “6EQUJ5” and wrote the comment, “Wow!” next to it, hence the signal’s name. Was that evidence of alien life or not? We don’t know that yet and the mystery of the “Wow!” signal still remains. 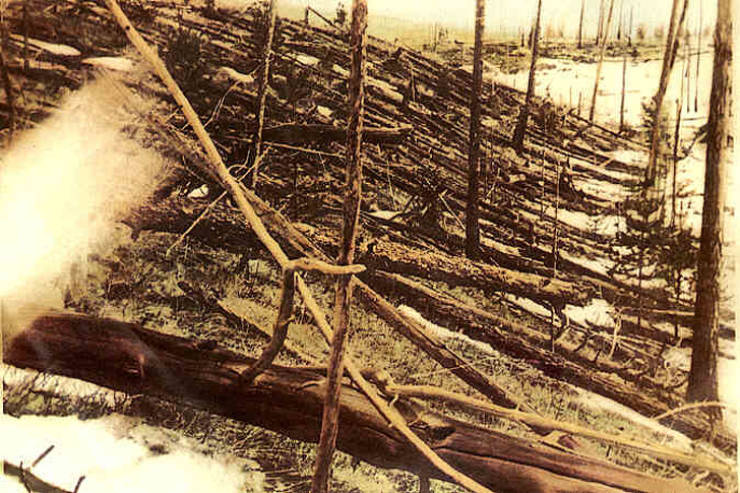 This is the explosion that happened in 1908 near the Stony Tunguska River. Some theories say that the explosion was caused by a meteorite that penetrated the atmosphere and exploded before reaching the ground, releasing energy that would be equivalent to 185 Hiroshima bombs. There were no craters left because the giant stone disintegrated before impacting the earth, but it burned vegetation, killed animals, and to this day, no trees grow in that area. 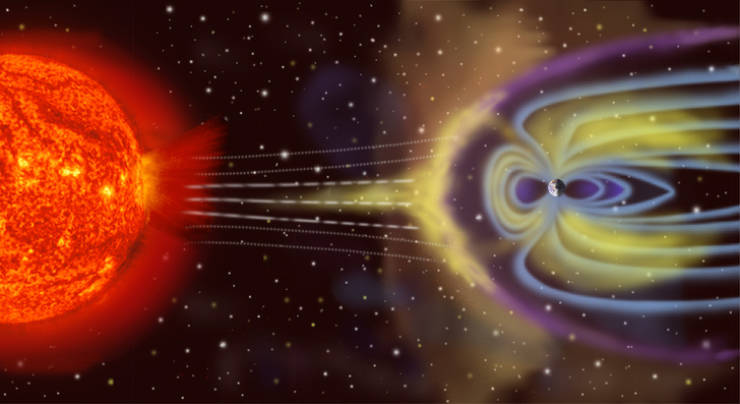 This event occurred in 1859 and is considered one of the most extreme in the history of solar storms. More precisely, what happened was that a number of solar particles collided with the earth’s magnetic field, thus exhibiting another phenomenon known as aurora borealis. But the one in Carrington was much more powerful and the lights were seen in many regions at the same time. 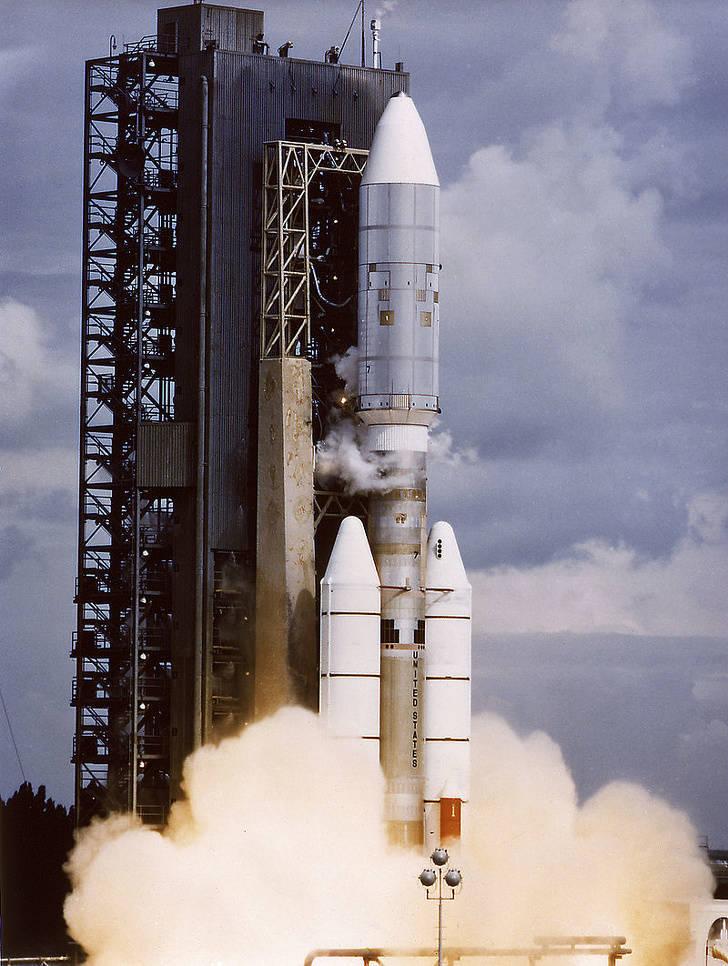 In 1986, thanks to the Voyager 2 space probe, NASA managed to approach Uranus for the first time. It’s the coldest planet in our solar system, although not the farthest from the sun. This phenomenon, as scientists discovered, is due to the fact that it does not have an internal heat source. Also, there was evidence of a boiling ocean below the cloud tops. 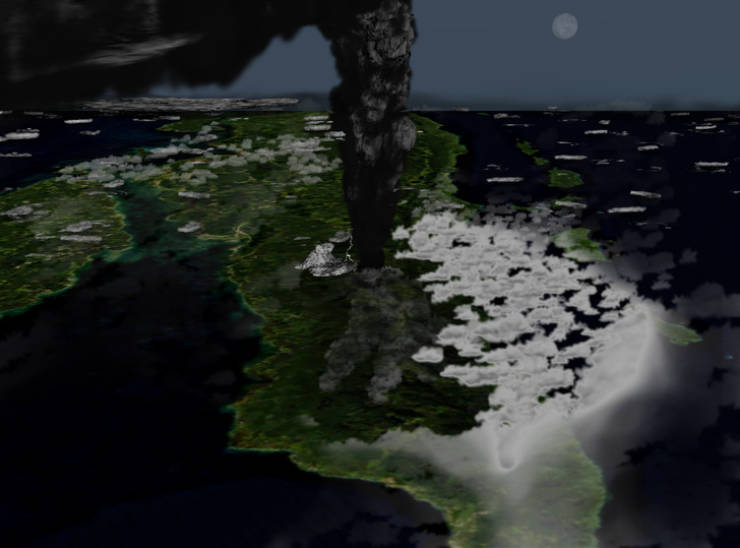 Supervolcano Toba caused the near extinction of the human species around 74,000 years ago. Its explosion ejected such a quantity of ash and sulfur gas that they blocked the sunlight and made life on earth impossible: plants and animals died and the air became toxic and difficult to breathe. From that day, Lake Toba on the island of Sumatra remains the largest crater lake in the world. But how did humans survive after that terrible catastrophe? It’s believed that the eruption likely created areas called refugia, where humans could survive harsh conditions. Coastal regions were especially important, as shellfish were less affected by the eruption than mainland plants and animals, providing a nutritious source of food for humans before hunting became an option again. 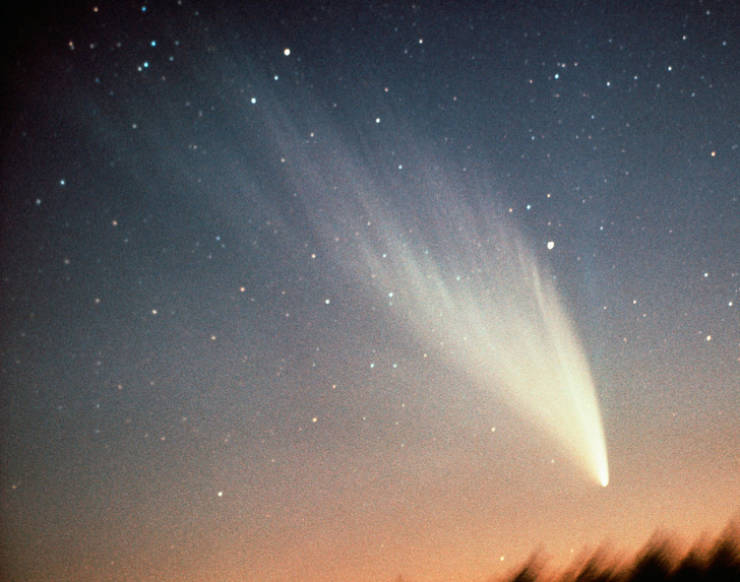 This impressive comet crossed the skies during the 1970s, leaving a bright trail. These large balls of ice, rock, and dust that are disintegrating usually have a large tail of dirt that they give off and another made of gases that burn. In the West, they appeared to be much brighter than other comets and their tails could be clearly distinguished, said to be brighter than Venus. It’s an event that rarely occurs in life.

Smallpox: the only human disease that has been successfully eradicated. 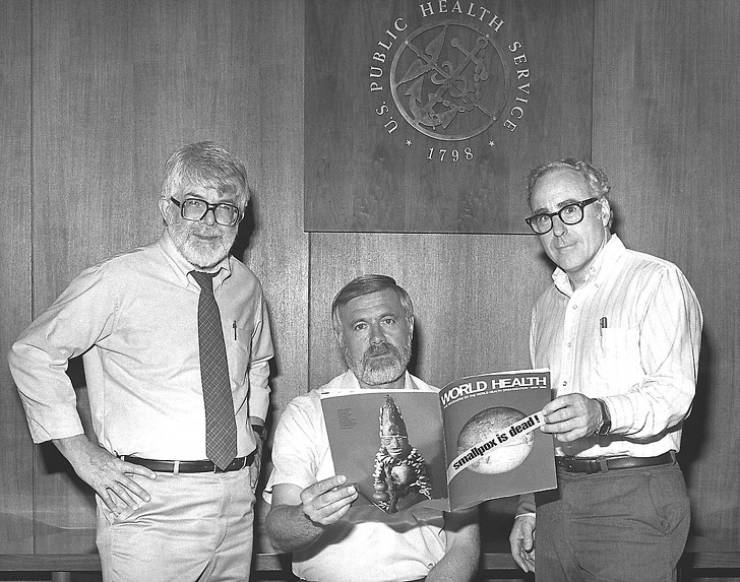 This is a unique disease because it’s one of the deadliest known to humanity and the only one that was completely eradicated. Smallpox has no cure or treatment and the smallpox vaccine was the first successful vaccine to ever be invented. It was discovered that peasants who worked with cattle contracted a much more benign version of the disease and thanks to that, they were immunized against it. This showed that administering the attenuated virus could generate antibodies to any strain of the same virus. Later, this would become the vaccine we know today. 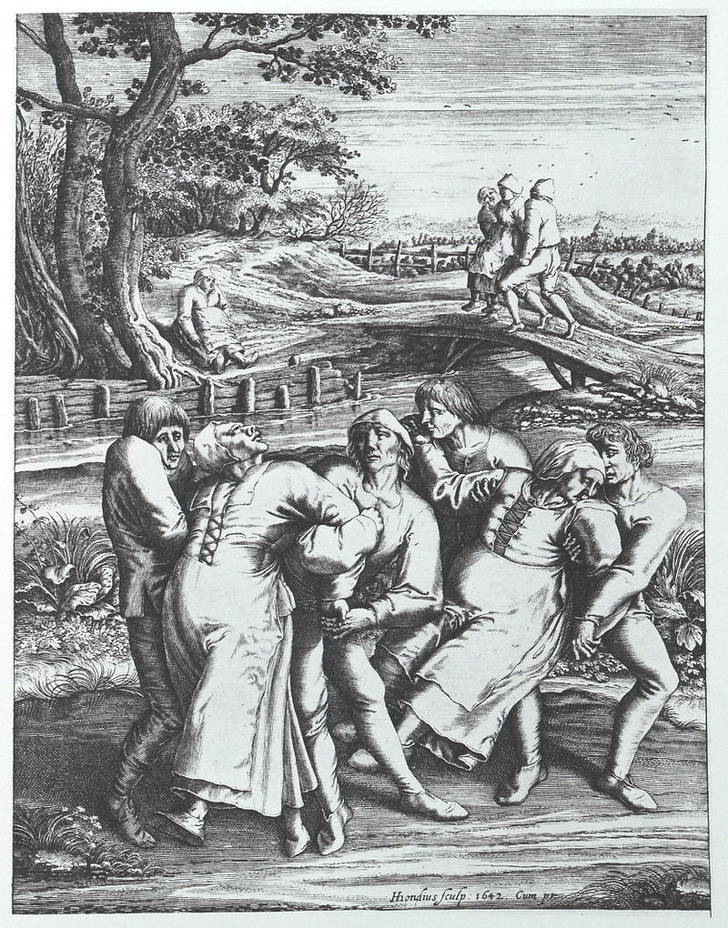 This strange event dates back to the 16th century in Strasbourg, where somewhere between 50 to 400 people took to the streets to dance uncontrollably for days. About 15 people were dying every day due to exhaustion and heart attacks and many others were taken to a healing sanctuary. Although this phenomenon cannot be explained, there are many theories about it, one of which is the overwhelming living standards of the poor population of Strasbourg.

Cyclone Catarina, the only hurricane recorded in the South Atlantic 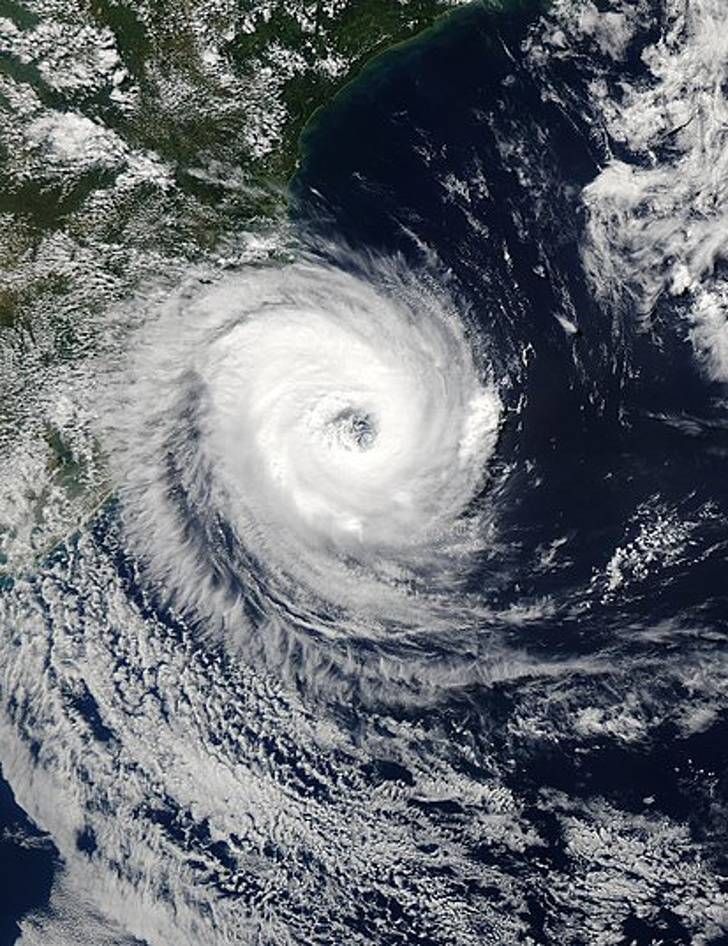 This hurricane is unique because it’s the first and the last so far to hit the coasts of Brazil and the only one on record that has reached South America. It was a category 2 hurricane, hitting the Santa Catarina coast as a category 1, with winds between 120 and 150 km per hour.

First 9 month s ago
#4 interesting. but why those "mystery" facts alongside it? of course tree grow there after more than 100 years. But it's a swamp area, so no, the trees don't grow on every inch.
Reply
2

Limited 9 month s ago
#6 i dond get it. Uranus does not have an internal heat source but have a boiling ocean? How does it boil then? Can someone explain pls i am stupid for this

Limited 9 month s ago
#6 The caption is poorly written. It meant to say that Uranus does not give off more heat than it receives from the Sun, unlike the other planets. It's core is actually about 9000 degrees Fahrenheit. The oceans are a water-ammonia mix that is usually near frozen because of the intense coldness of the planet, but does occasionally boil off. Boiling liquid does not necessarily mean hot liquid. For example, water boils on Mt Everest at only 160 degrees instead of the normal 212 degrees at sea level. If you put cold water in a vacuum chamber it boils violently. It's our atmospheric pressure here on earth that keeps water in the liquid state.
Reply
5

Kitten 9 month s ago
The Mississippi river did in fact run backwards once before. During an 1812 earthquake that was centered on the New Madrid fault line.
Reply
0

Close 9 month s ago
Kitten is right (I live in Missouri near the New Madrid fault line). It was taught to us in grade school.
Reply
0

Delight 9 month s ago
Low atmospheric pressure is also why Mars has no liquid water on its surface, and it is the reason that water ice on Mars sublimes.
Reply