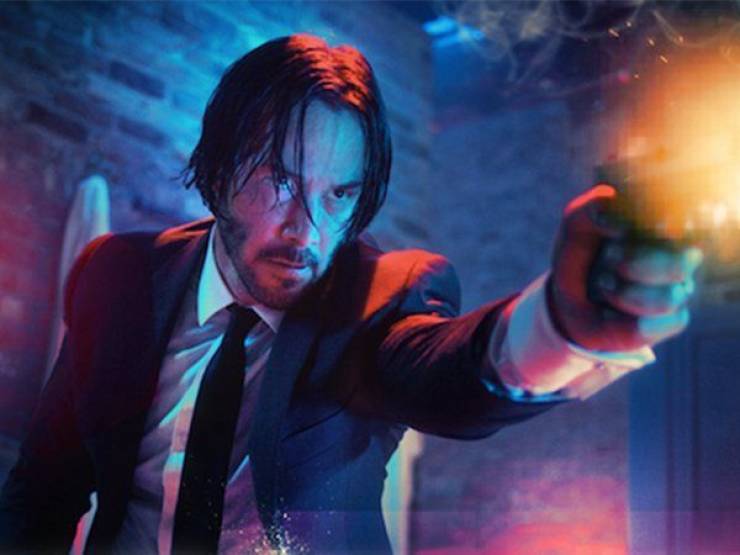 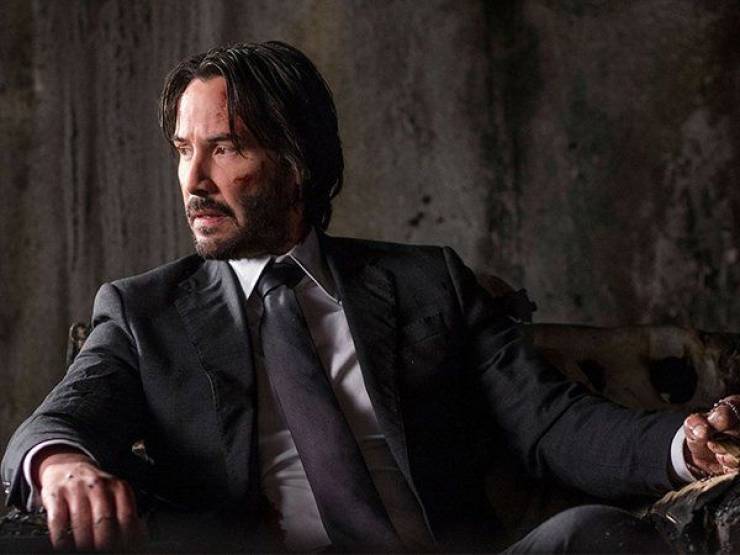 John Wick was originally imagined as a 60-something-year-old man because of his fabled reputation. However, producers decided against it, saying “instead we decided to look for someone who is not literally older, but a has a more seasoned history in the film world.” 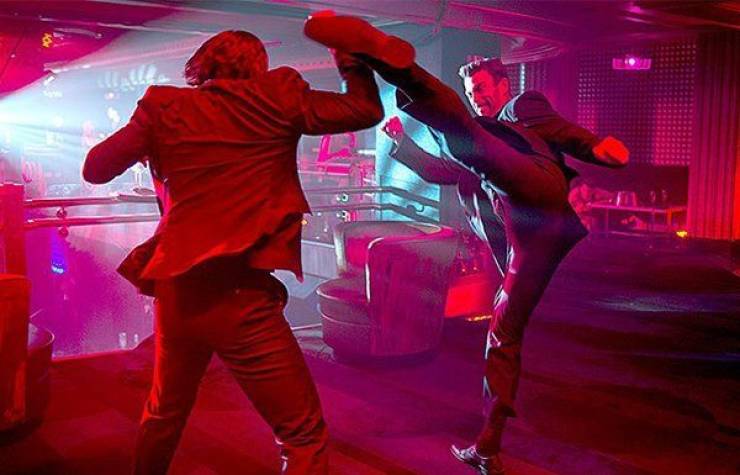 Keanu Reeves did roughly 90% of his own stunts during filming. 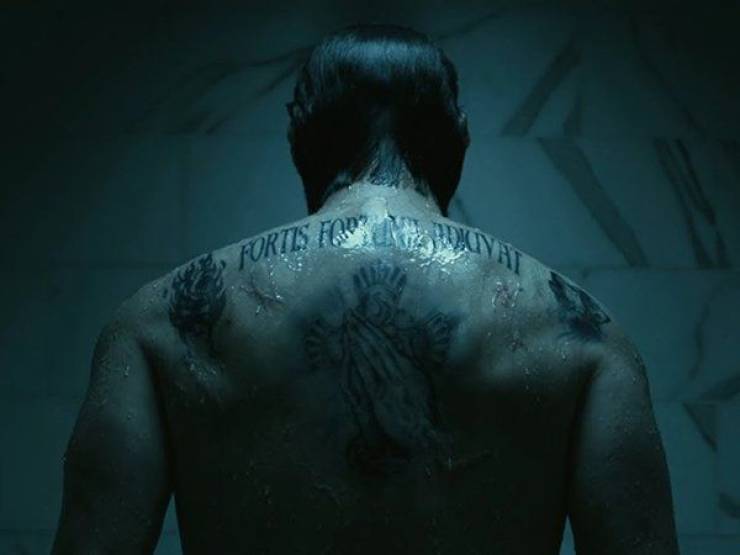 The tattoo on Wick’s back is the Latin phrase “Fortis Fortuna Adiuvat” which translates to “Fortune Favors The Bold.” 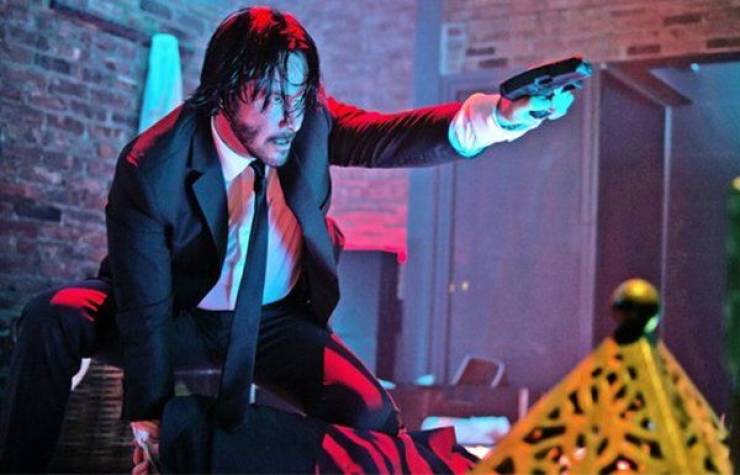 During the filming of the nightclub scene in the original, Reeves had the flu and a 104-degree fever, but wouldn’t even take breaks to sit down. 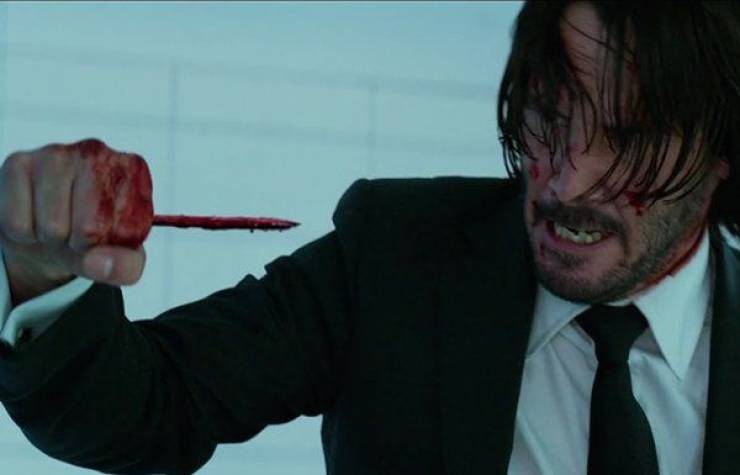 Reeves insisted they turn the pencil story from the original film into a reality in the sequel. 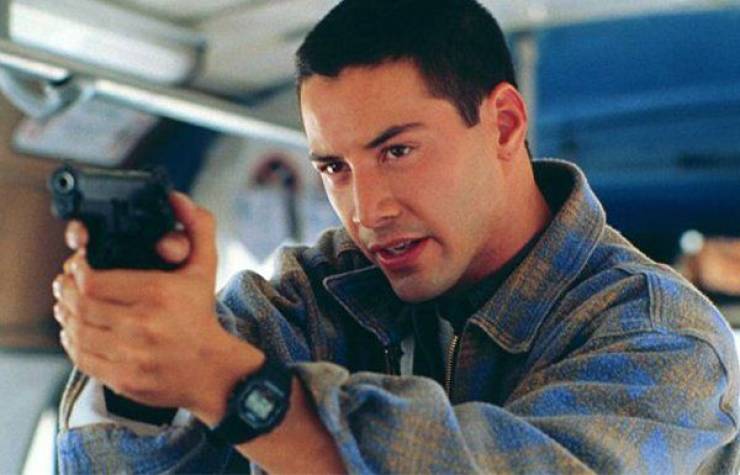 Director Jan de Bont insisted that Reeves get a sensible haircut for ‘Speed’ to fit his hard-working cop character. 20th Century Fox was horrified when they saw the buzzcut he got, and threatened to postpone the film to allow his hair to grow back. 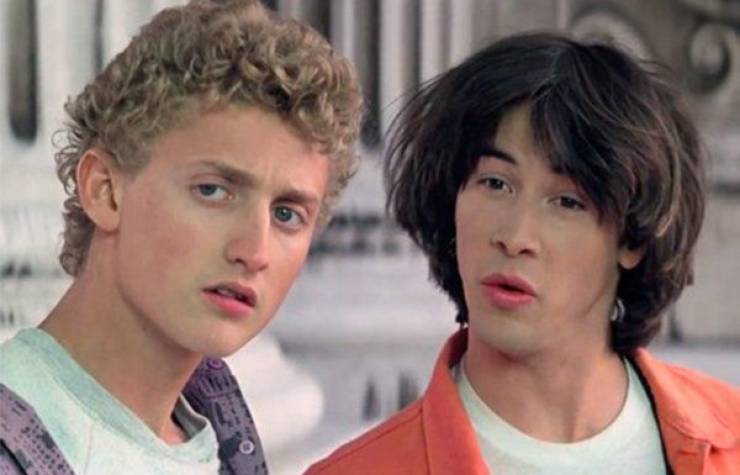 Originally in Bill & Ted’s Excellent Adventure, Bill and Ted were supposed to be far, far nerdier. They even shot a scene where “cool kids” were making fun of them. But, it was decided that Keanu Reeves and Alex Winter were too likable and cool for that to be believable. 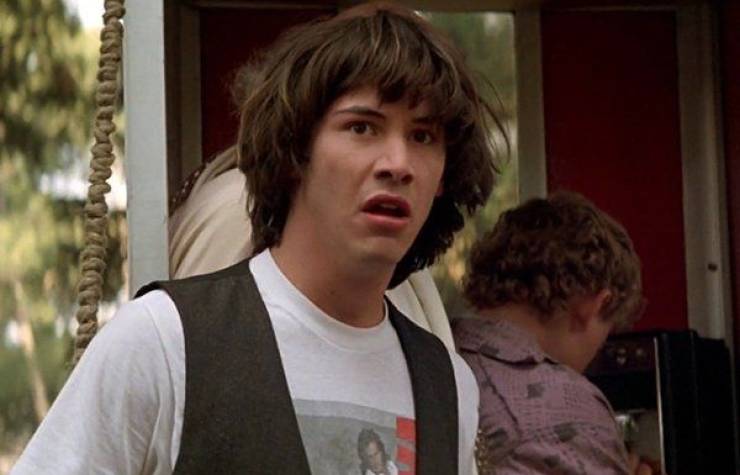 For years, Keanu Reeves lamented that his epitaph would be “Here lies Keanu Reeves. He played Ted.” 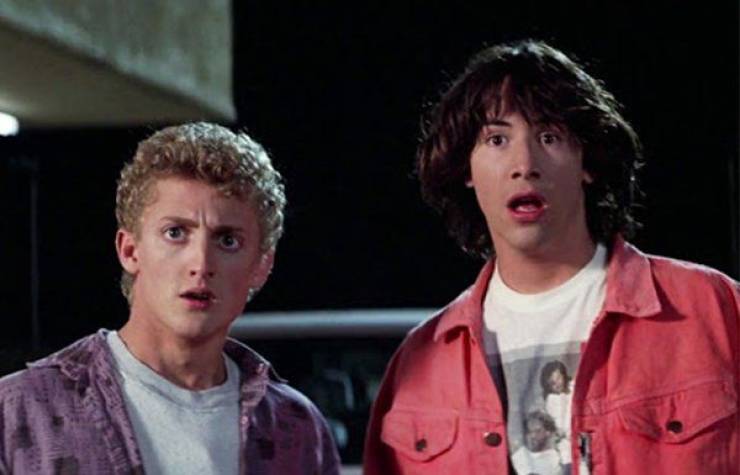 At its inception, Bill and Ted were supposed to travel through time and be the cause of many of history’s biggest disasters (The Titanic, The Black Plague, etc.) 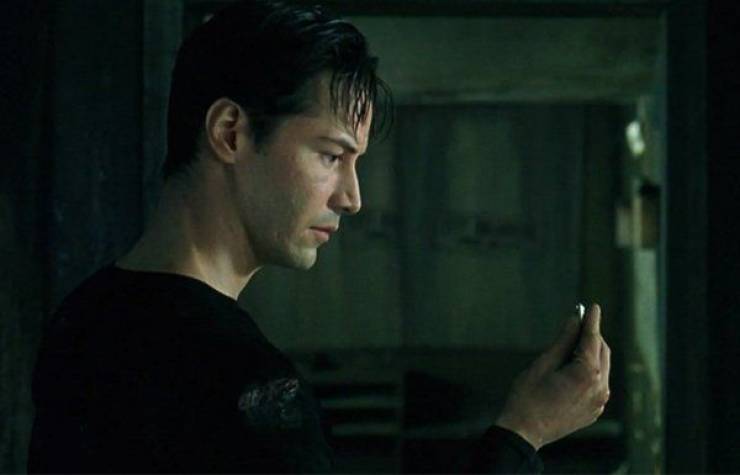 In the first 45 minutes of The Matrix, Keanu Reeves only has 80 lines. 44 of which are questions. 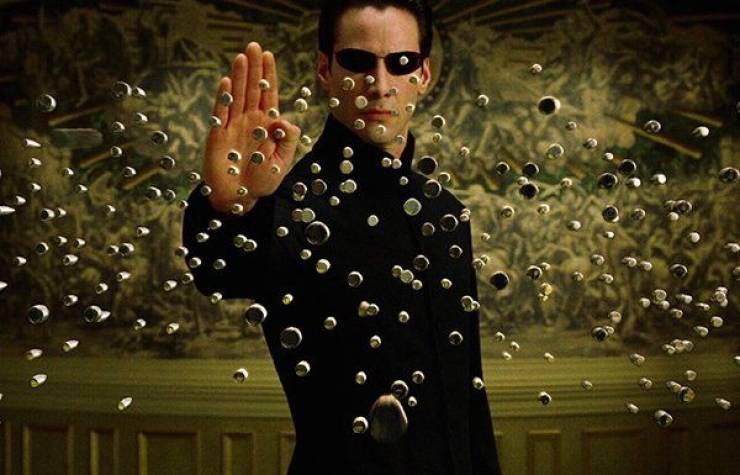 Will Smith, Leonardo DiCaprio, Nicolas Cage, and Tom Cruise were all considered for the role of Neo. 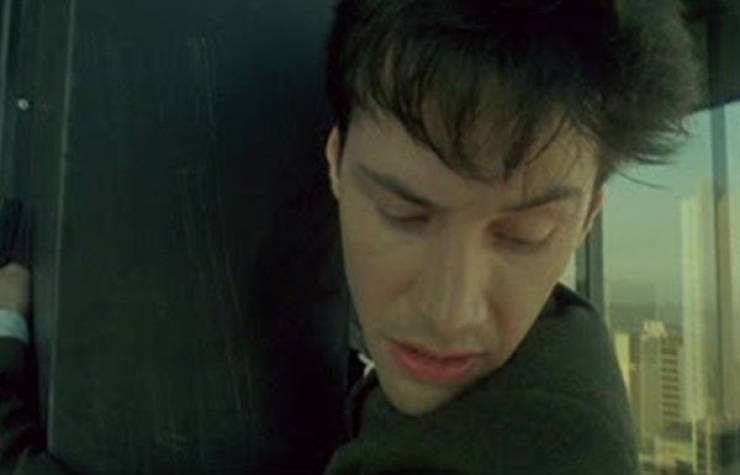 Reeves really did climb out a window in the office scene. He used no stunt double and was 34 stories in the air. 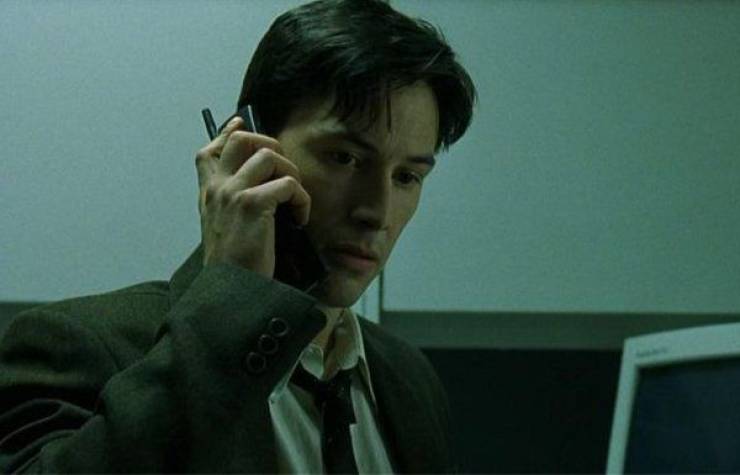 During the scenes in “the real world” before Neo is made aware of the matrix, his clothes are deliberately ill-fitting to suggest that he doesn’t quite fit into this world. 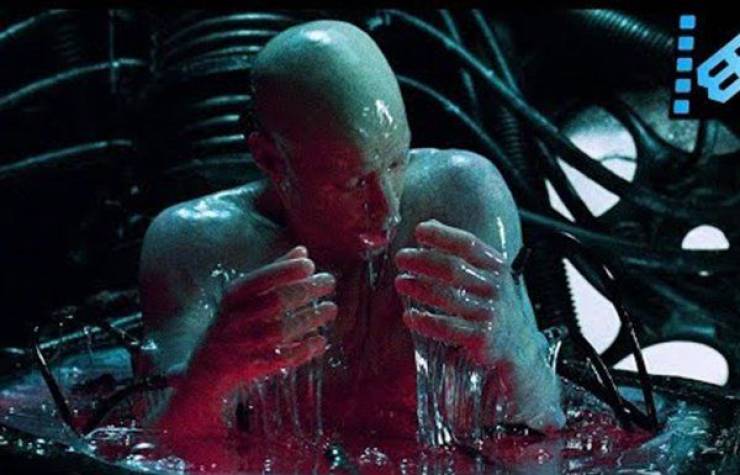 For the scene in which Neo wakes up in a pod, Keanu lost 15 pounds and shaved off all of his hair. 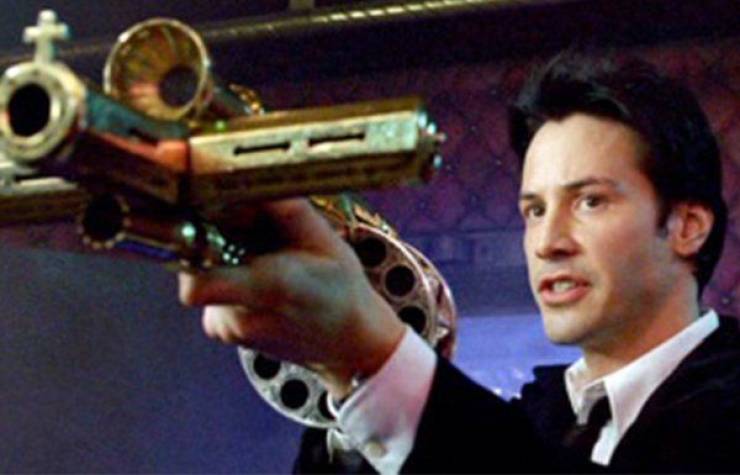 Keanu Reeves bought the Holy Shotgun prop from ‘Constantine’ and gave it to director Francis Lawrence as a gift. 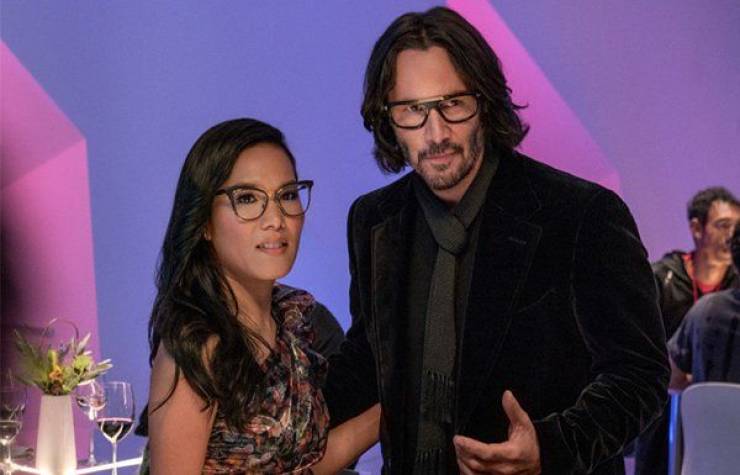 Reeves filmed all his scenes for ‘Always Be My Maybe’ in just 4 days between shooting ‘John Wick: Chapter 3 – Parabellum.’ 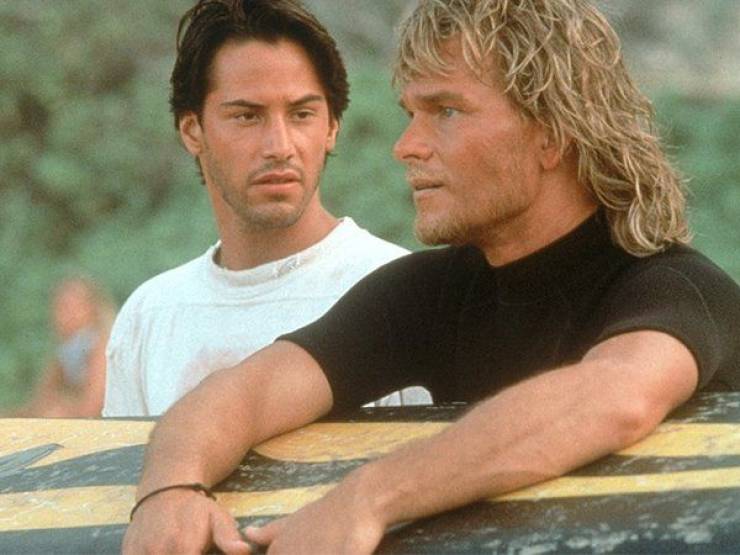 Before Point Break, Swayze had previously worked with Reeves in a movie called ‘Youngblood.’ After filming finished, Swayze was already convinced Keanu would go on to be a star. 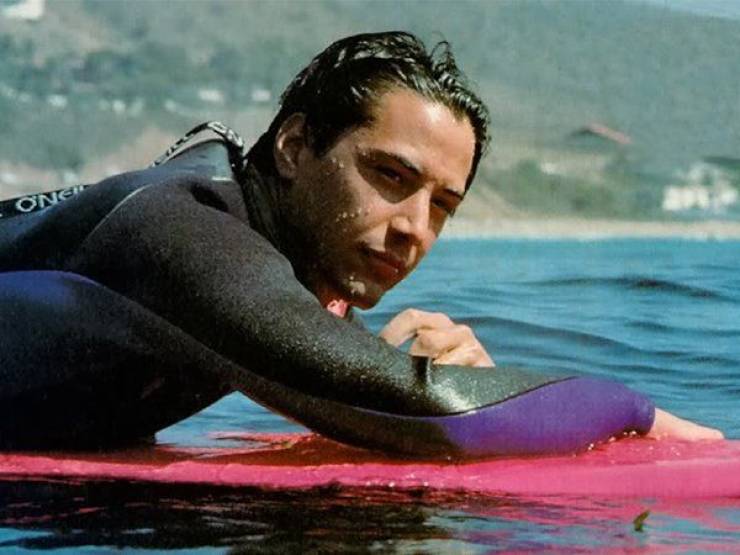 For ‘Point Break,’ Keanu Reeves learned how to surf; it’s a hobby that he continues to this day. 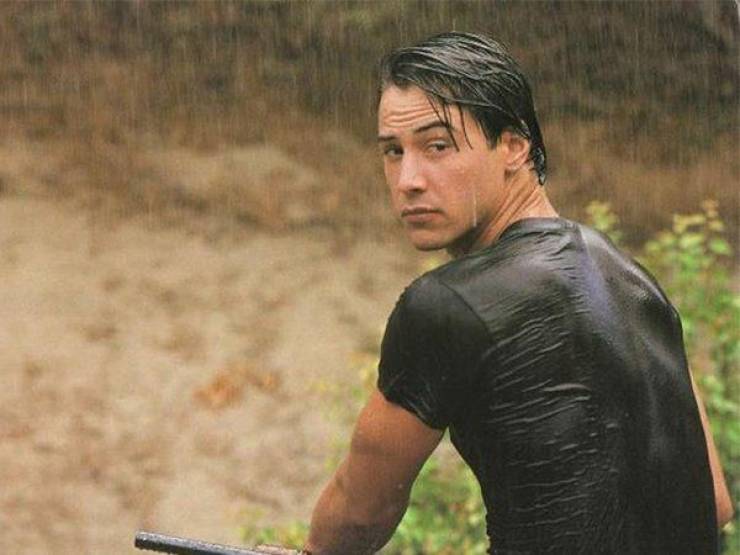 In the film, Johnny Utah joins the FBI after a knee injury finishes his football career. Reeves was actually an aspiring hockey player before a knee injury forced him into acting. 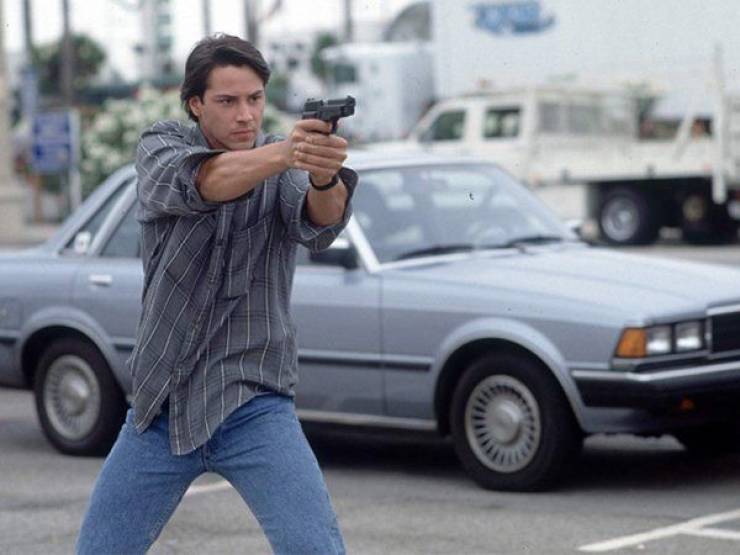 Before Keanu was cast in ‘Point Break,’ Charlie Sheen, Johnny Depp, and Matthew Broderick all auditioned for the role of Johnny Utah.