When Truth Or Dare Goes Way Too Far (16 gifs)

I mean, I’ve done weird [email protected]#t but the most memorable was giving my (male) friend a full body wax. We had an agreement that if he wanted to forfeit he could, but he didn’t. He yelled SO much, it was crazy. We’re still good friends, and he brings it up fairly often.

It was a sleepover with 2 boys and 3 girls at this girl’s house. I was one of the lucky guys. We we’re playing truth or dare and our clothes were coming off piece by piece. I got dared to wear a leapord bra from the girl of the houses dresser. Right as I put it on and start dancing around like a silly idiot her mom walks in and I get sent home.

This is probably when I was like 12. I got dared to pee behind a bush. As revenge I dared that person to walk behind the bush barefoot.

Jumped buck naked into a fast moving mountain river in February. I had to sit down to pee for three days afterwards.

My crush got dared to tell us who she thought was the most ugly.

I gave a guy a pair of my panties in high school. He dared me to just take off my underwear. Since that could mean two things, I figured I’d take off my bra under my shirt and give it to him. However then the thought crossed my mind that taking off my panties would be way more risqué, and I was definitely in the mood to make some jaws drop.

I was wearing a dress so I just stood up and pulled them down. He seemed surprised so I handed them to him, told him that he could keep it as a reminder of the only time a girl would do that for him. Got a decent laugh out of the group with that one.

Got a buzz cut. I had beautiful blond curls down to the small of my back. My mom cried for a week. My dad made me a wig out of gold curly q ribbon and wood shavings.

I was dared to hit my friend in the face with a full King James Bible. I did not hold back. His soul is still with us though. I didn’t hit hard enough.

I was sitting with my girlfriend next to me, and recieved the dare “kiss the person next to you”. i made eye contact with her, smiled, and leaned in. as soon as I saw her close her eyes, I whipped around to my right, grabbed my friends jaw, and kissed him square on the lips.

ohhh she was mad but oh was it worth it.

I always dared my brother to lick gross [email protected]#t and he always did it. Most notably, our neighbor’s truck tire

To cook dinner with my eyes shut. Got a lot of burns that day

Me and my brothers were doing it to pass the time when it was snowing.

I got dared to go outside in my boxers. Or tell a secret.

Taking those to the grave so I went ouside, cock and balls went up to my stomach and they locked me outside for 5 minutes.

Got them back real good. Dared them both to full force kick each other in the nuts.

Ended up marrying that cute boy.

When I was finished everyone complained it wasn’t fair because they didn’t understand and then my crush stood up and replied to me in perfect English all the things he wanted to do to me. I was super embarrassed because I always pretended I was super innocent and stuff, but he thought it was hilarious. No one else understood the conversation and I’ve never assumed I know more languages than someone else after that.

In my native town of Hrughurd, we play a similar game that, translated, means “New Truth or Snow-A$$”. You have to either tell the group something about yourself that none of them know about you or you have to run outside, pull your pants down, and slide on the snow such that snow thoroughly goes in your [email protected]#crack. Some people would not even bother with trying to come up with an embarrassing and obscure fact about themselves, and just run straight outside when their turn came, a$$ into the wind.

It was a great game, especially if you were a fan of naked red a$$es. But there’s an additional rule: You can lie. But someone else can challenge you and accuse you of lying. If they’re right, you admit it and go outside for your snow-a$$. If they’re wrong about their accusation, then they have to go outside for a real heavy-duty snow-a$$.

Anyway, to answer the question, the farthest I’ve gone is with snow fully up my asscrack. Just a freezing cold rim job that was. I was a bad liar then. I’m slightly better at lying now. 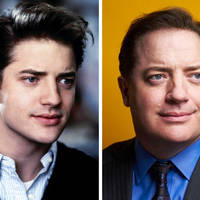