How Movie Villains Looked Back When They Were Young (10 pics) 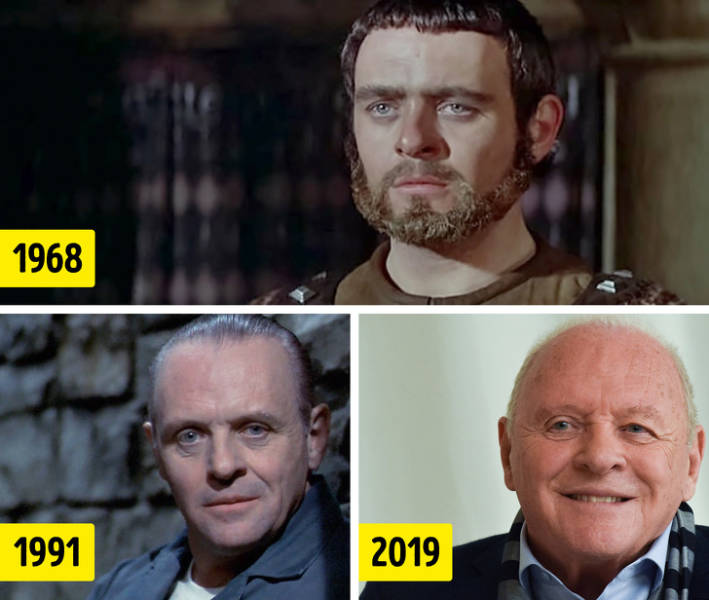 Anthony Hopkins has had a lot of really cool roles. He’s proven that he can be both the good guy and the really bad guy. But he became famous when he landed the part of Hannibal Lecter in The Silence of the Lambs. His facial expressions and crazy eyes with perfect manners sent chills down everyone’s spines. It’s not surprising that this work won Hopkins an Academy Award.

It’s worth noting that Anthony Hopkins used to be a stage performer before he started his mainstream acting career at the age of 23, in 1960 . His first memorable role was as Prince Richard in The Lion in Winter. 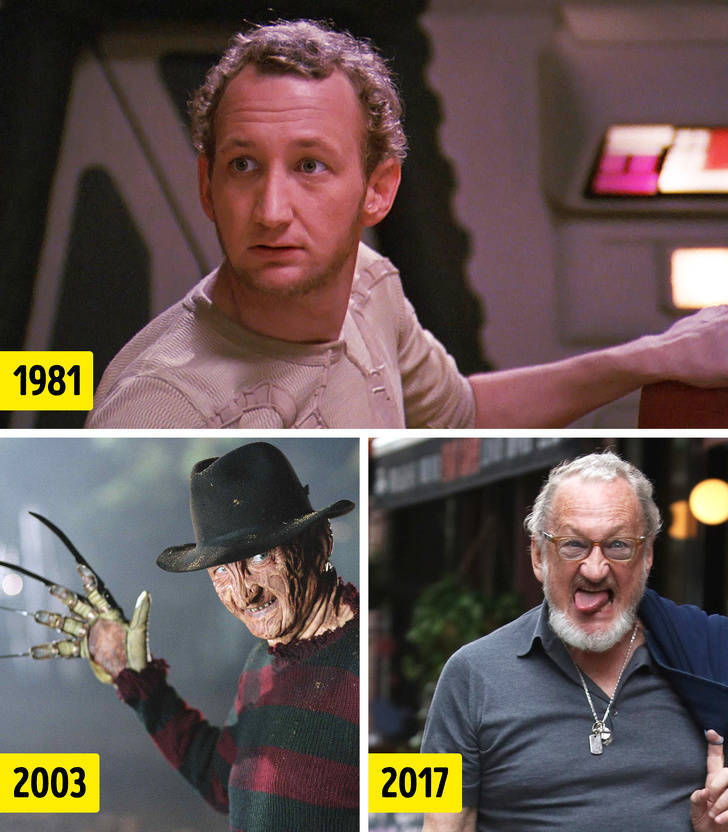 Freddy Krueger became the biggest childhood nightmare for many of us. The cunning villain with scary scars all over his body who didn’t understand the meaning of “mercy” was named iconic by many movie critics. Freddy was portrayed by actor Robert Englund. He has done quite a few roles in horror films like Wishmaster, The Midnight Man, Lake Placid, and others.

Englund started his acting career in 1973 and he’s still an actor. However, he decided to turn down the opportunity to play Freddie again. He thinks that he’s too old for a role like that. He’s portrayed Freddie in 8 movies. 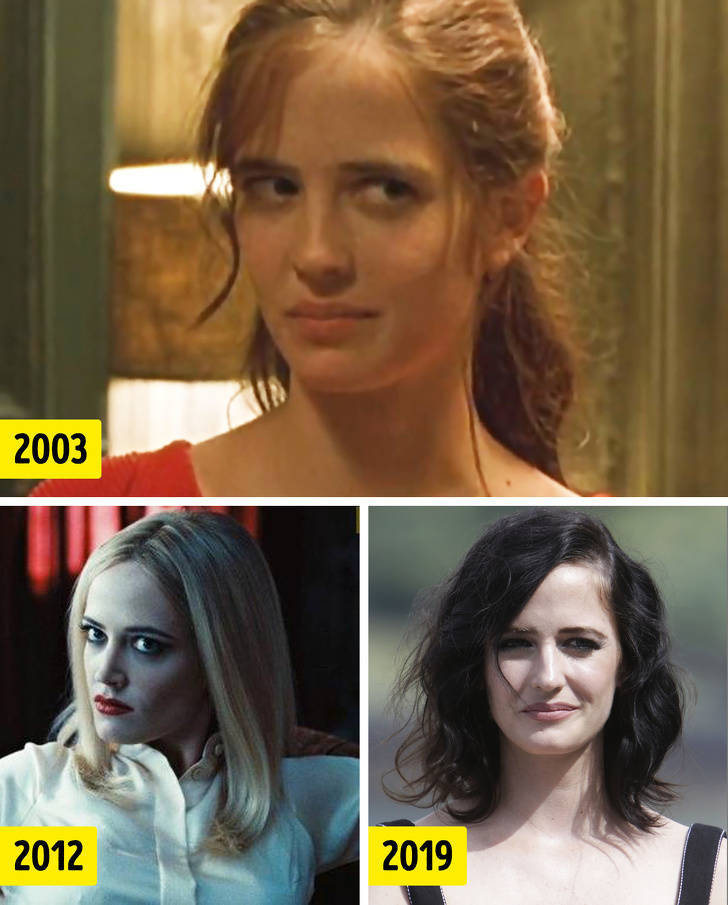 Eva Green played the part of Angelique Bouchard in Tim Burton’s Dark Shadows. But despite all of the crazy things her character did in the film, it was still hard to hate her. She was so charming and seductive that it was very difficult to look away from the screen.

The 39-year-old actress has played around 25 roles in movies and TV series. It’s important to note that Green is also capable of portraying positive characters in very convincing ways. 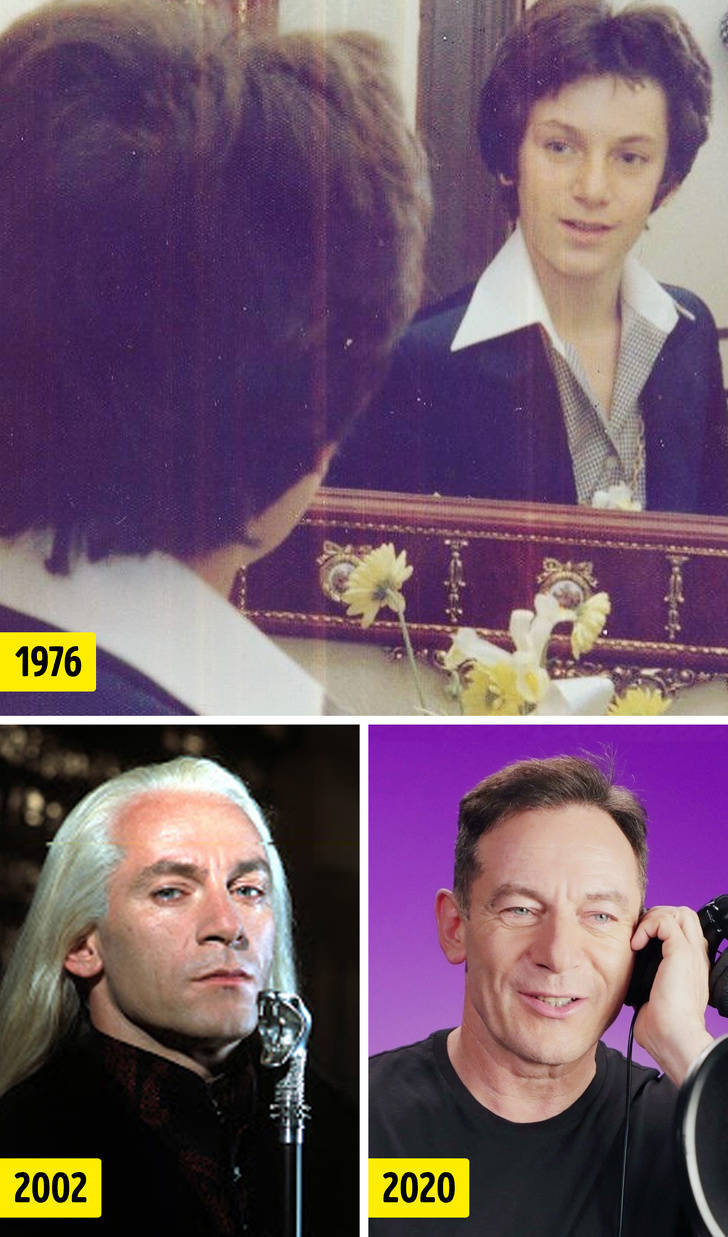 Jason Isaacs is an actor that managed to portray bad guys that everyone hated. He was Captain Hook in Peter Pan , Lucius Malfoy in Harry Potter , and the merciless scientist in the TV series, The OA.

The actor himself makes a far more positive impression than his famous characters. He takes part in charity organizations, has fun in front of the camera, and supports having good relationships with his on-screen son, Tom Felton. 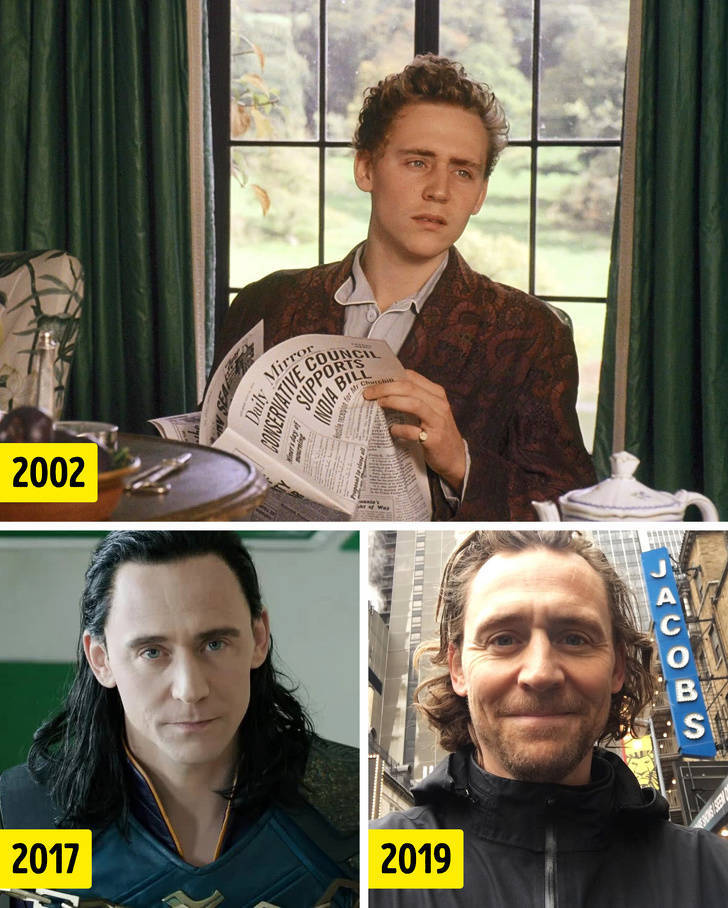 The god of deceit from The Avengers became the antagonist that stole some of the spotlight from his positive counterparts. And it’s not that surprising: very few villains are as charming as Tom Hiddleston’s Loki.

Hiddleston started appearing on-screen in 2001 and in the beginning, he appeared only on TV series and made-for-TV-movies. At the beginning of his career, he looked like a regular curly-haired guy. He only got the role of the god 10 years after his first appearance on TV. 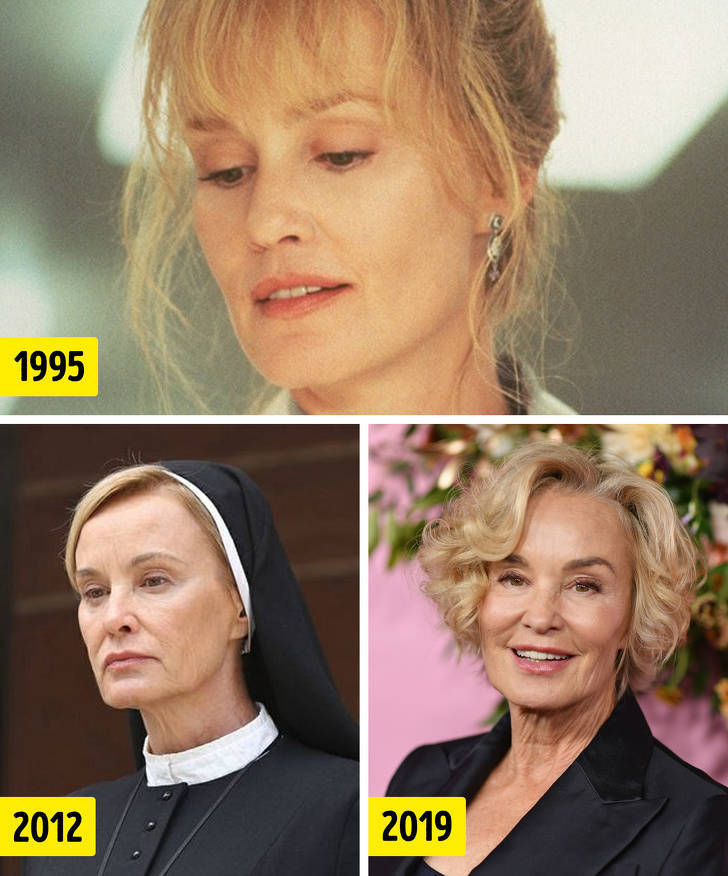 In the 1970s, Jessica Lange was very popular because she played the main role in the famous King Kong film. For some time, the actress was only associated with this role, even though she’d also had some other big roles.

Lange became popular again after 2011 when she starred in American Horror Story. In the second season of the show, Lange got the part of head of the psychiatric facility, Briarcliff . Even though she portrayed a villain, she was really appealing to audiences. 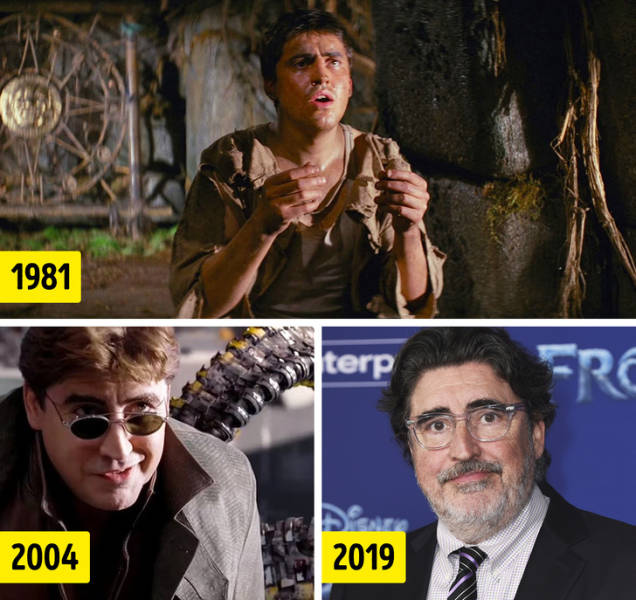 Alfred Molina gave his face to Doctor Octopus that was one of the main antagonists of Spider-Man. This was the role that made him famous for many people. But the actor has more than 200 films and TV series, some of which are iconic, like Chocolat, Frida, Identity.

At the beginning of his career, Molina appeared in Raiders of the Lost Ark where he played the part of Satipo. 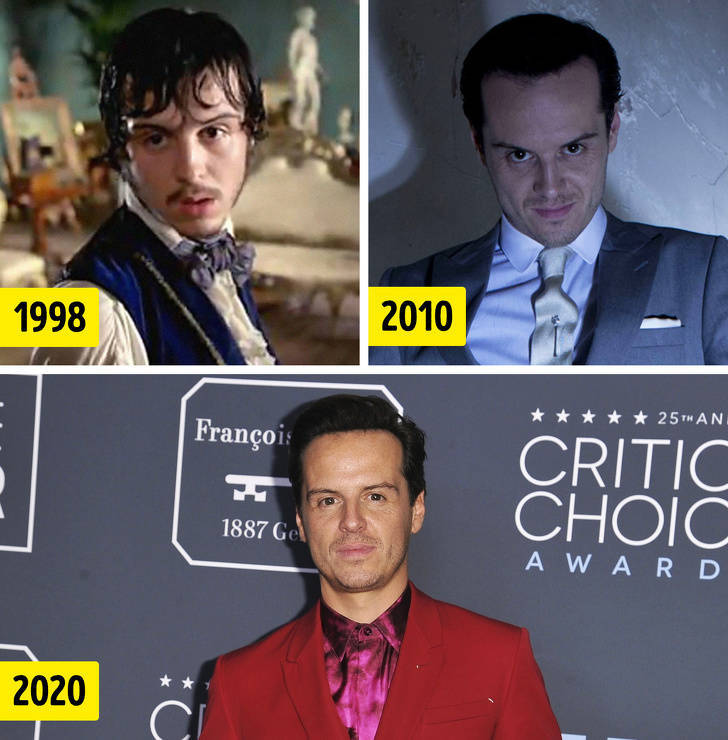 Moriarty from the TV series Sherlock is likely another villain that people absolutely loved instead of hated. He was portrayed by actor Andrew Scott, who has more than 60  roles under his belt.

Sherlock is not the only popular project Scott has appeared in. You can also see him in movies like Saving Private Ryan, Spectre, Alice Through the Looking Glass, 1917, and more. 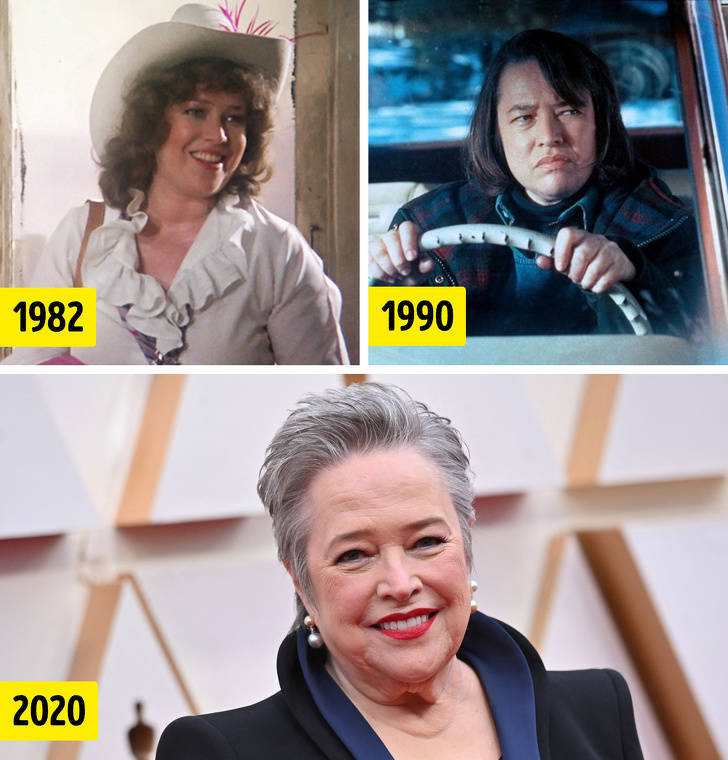 Kathy Bates has done quite a few successful films in her life. For example, Titanic, Midnight in Paris, and the TV series we’ve already mentioned, American Horror Story. But if we had to choose her biggest role, it would be the main character in Misery that Bates won an Oscar for.

At the time, Kathy Bates was a fresh face for many people. She impressed many who had never heard of her before. Most people were surprised to find out that she had appeared in more than 20 movies and TV series before starring in Misery. 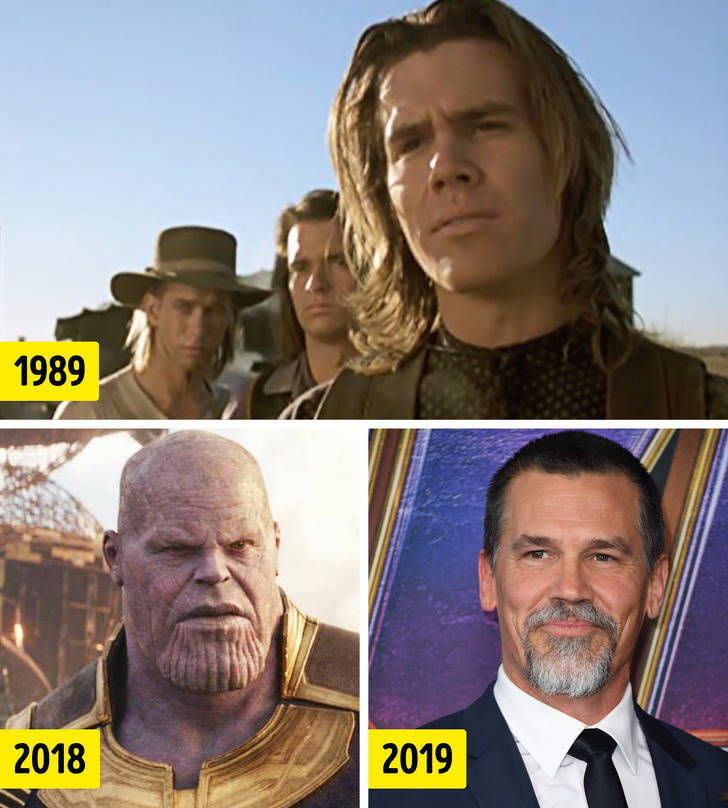 Josh Brolin is not the only actor that played Thanos in Marvel films. Before Brolin, it was Damion Poitier who had the role. But it was Brolin that made the antagonist appealing to so many viewers.

The Avengers was not the first successful film that Josh appeared in. Before that, he took part in the iconic No Country for Old Men. But his acting career started back in 1985. One of the first movies he appeared in was the TV series, The Young Riders, where Brolin played the main role.

What famous villain did you like so much that you couldn’t imagine the actor playing anything else? Tell us in the comment section below!

Katelin 8 month s ago
Josh Brolin's been acting forever. He was a goonie. Eva Green is fabulous in everything I've seen her in. I'd forgotten she was in Kingdom of Heaven with Orlando Bloom too.
Reply
1 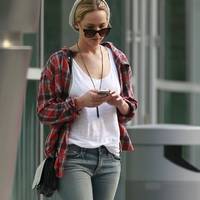 Virginia 8 month s ago
I love Kathy Bates. Her roles in Misery and Fried green tomatoes are classics.
Reply
1 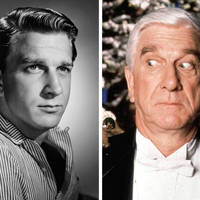 Melissa McCarthy has taken over the Cathy Bates roles in this generation.
Reply
0