He Wasn’t Happy About That Random Drug Test… (5 gifs)

Back in 2012 i worked as a medic for the largest medic service in Louisiana as a remote paramedic on a drilling rig(I live in panama City beach, FL.). I was hired on in 2007 and was chosen at random several times a yr for a drug test. Every time I was chosen I was either at work, or on training so it was not a big deal.

Enter 2012, i had just returned home on the Thursday before memorial day from a 2 week stint on the rig in the Gulf of Mexico. I got a phone call around 4pm on Friday saying i had 24 hours to complete a drug test. I was by the pool and a 6 pack in when i got the call. I asked where i needed to go to pee in a cup. My options were Jacksonville, Atlanta, or New Orleans. There were no other authorized places to accept my exceptional urine. And i had 24 hours.

I called up a few friends and they decided New Orleans would be the best spot to spend memorial day. To follow all the compliance, we left pcb, drove to Nola, partied all night, booked the only hotel we could find, eat at really expensive restaurants, peed in a cup, then went back to the french qtr.

My supervisor prolly shut himself, but i got paid, and now there are more authorized places to piss in a cup. And until my departure from them in 2014, I never was selected again for a random test. 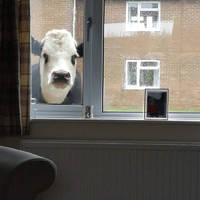