How Did We Miss These Movie Details?! (17 PICS) 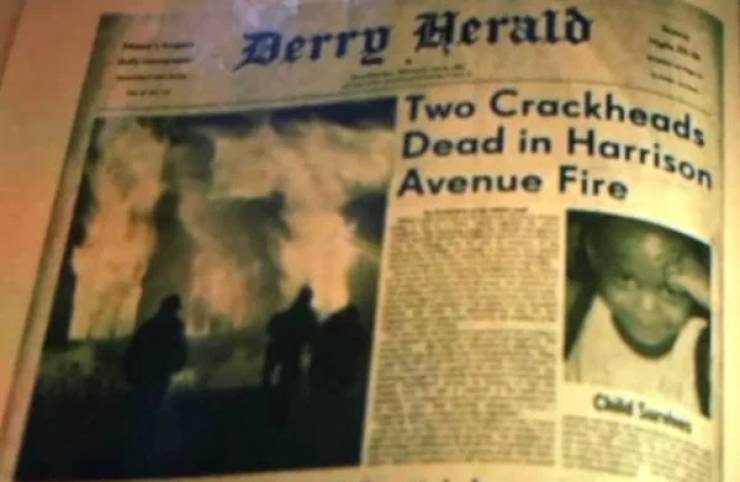 In It: Chapter Two, Mike’s scrapbook features an article about the fire that killed his parents, and the fire is pretty blunt about its perpetrator. The flames literally spell “IT.” 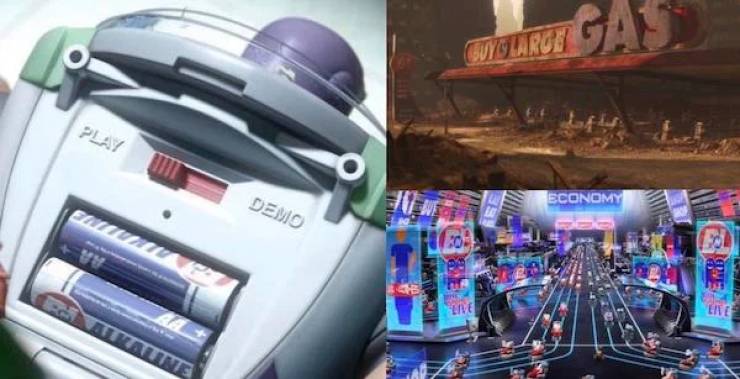 Continuing Pixar’s grand tradition of crisscrossing references, we see that the batteries in Buzz Lightyear from Toy Story 3 are made by “BnL,” AKA Buy N Large from WALL-E, the corporation that essentially runs mankind. 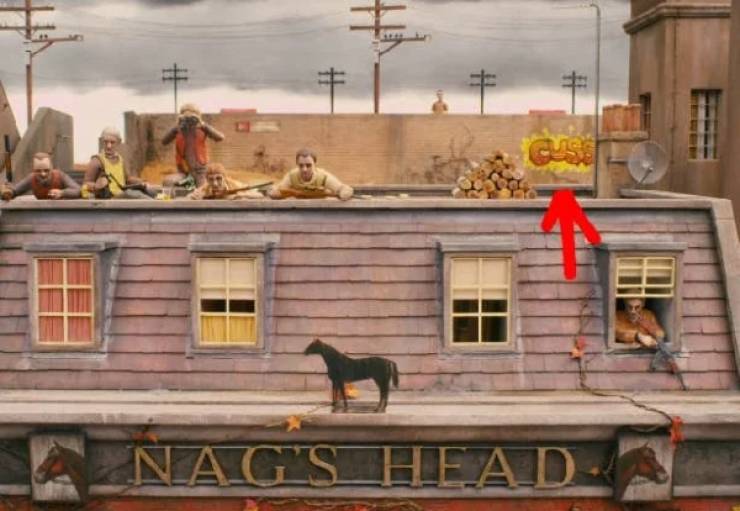 One of the funniest running gags in Fantastic Mr. Fox is replacing every cuss word with… Well, “cuss.” But what you might know now is that the joke runs so deep that its literally written on the walls. 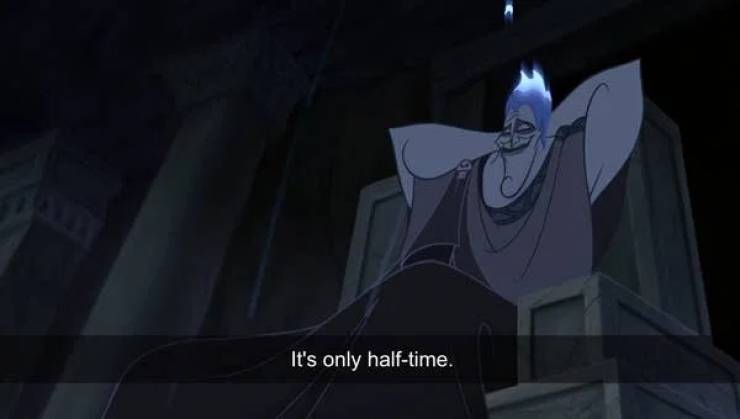 When Hades says it’s only half-time, he’s not kidding around. Hercules runs for 92 minutes, and Hades utters the line at 46 minutes, marking the literal halfway point of the entire film. 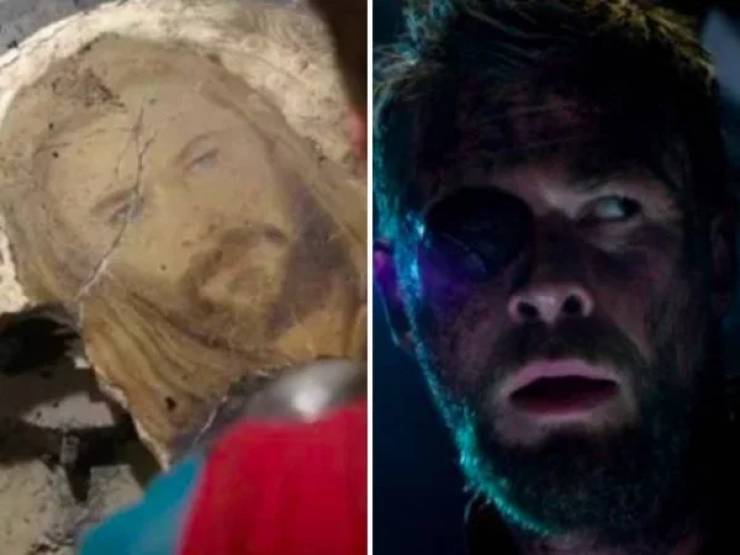 It’s not a coincidence that when Thor finds the rubble of the royal mural in Thor: Ragnarok that one of his eyes is cracked. It’s very direct foreshadowing for what happens to him not much later when he loses one of his eyes. 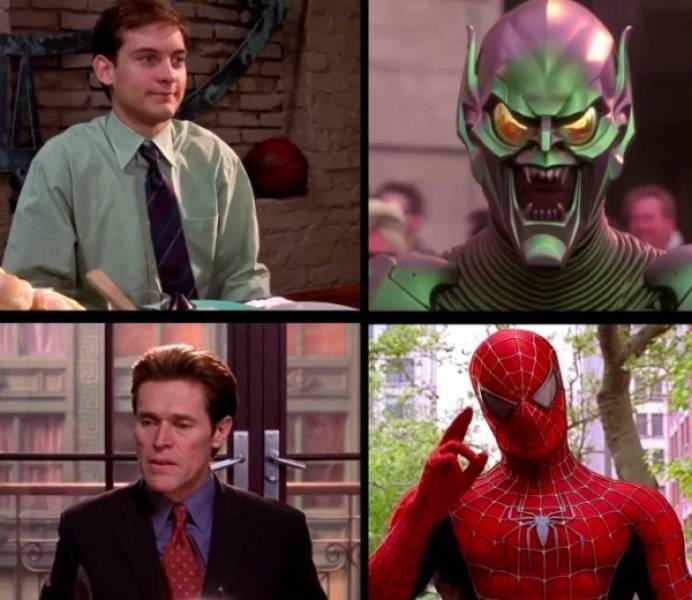 This one’s just weird. I love the first two Sam Raimi Spider-Man movies, and they’re filled with odd stuff. One of the oddest quirks though is during the thanksgiving scene with Peter Parker and Norman Osborn in the first Spider-Man. They’re wearing each other’s colors, green vs red and blue. 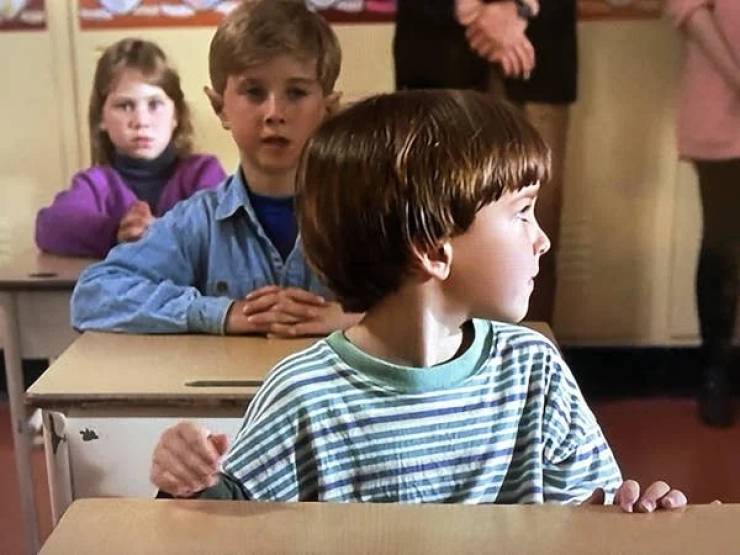 The Santa Clause has a pretty clever running gag throughout. Several elves are hidden in plain sight during scenes, presumably keeping tabs on the film’s main characters. 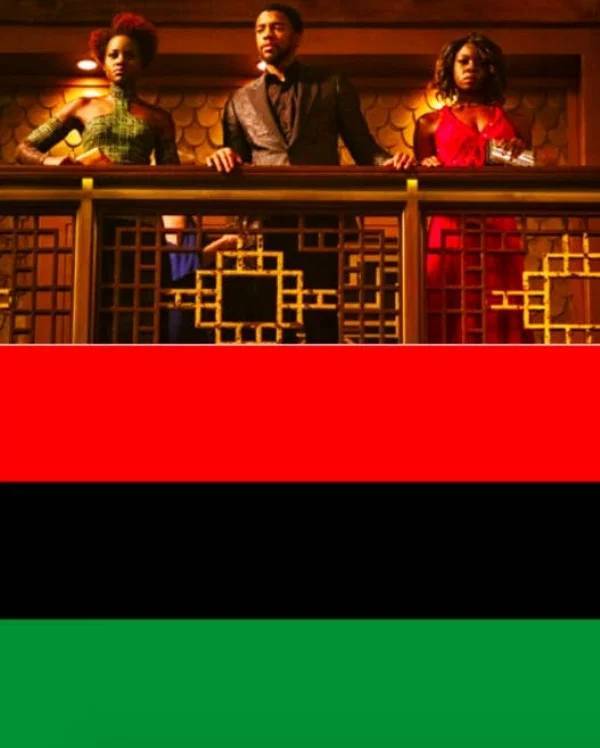 During the casino scene in Black Panther, the fashion of Nakia, T’Challa, and Okyoe has a very specific meaning. Red, black, and green are the colors of the Pan-African Flag. 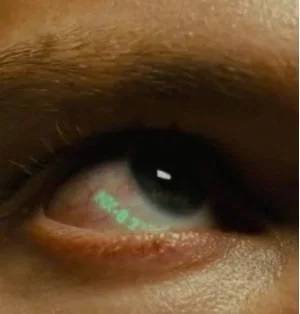 Blade Runner 2049 is a fantastic movie, and this is a hell of a hidden detail.

In the plot of the film, replicants can be identified by a serial number on their eye, which is exposed by looking up and to the left. When the film’s title cards starts, the first word is “Replicant,” which is in the upper-left of the frame, forcing the viewer to mimic the gesture. 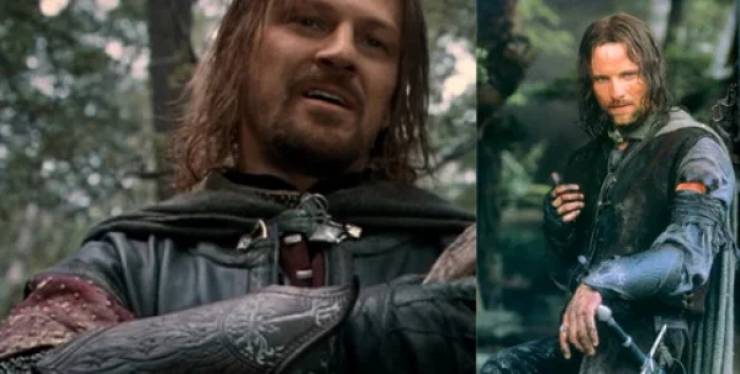 There’s all sorts of ways to keep a character around by proxy after their death, but Lord of the Rings picked a clever (and symbolic) way to do just that. Aragorn wears Borormir’s bracers after he dies at the end of Fellowship, wearing them for the rest of the trilogy. 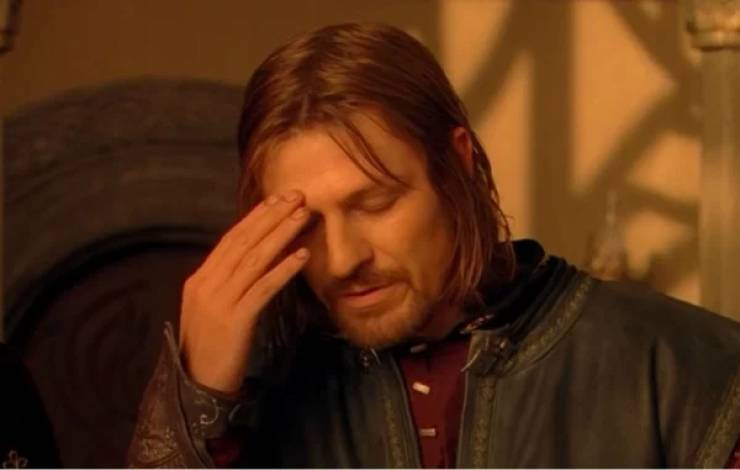 Speaking of Boromir… Man, this [email protected]#t is hilarious. A weirdly iconic image of Fellowship of the Ring is Boromir staring at the ground in frustration. THere’s a practical reason for why he’s looking down.

His speech had been rewritten the night before, so he taped his new lines to his knee, hiding his looks at the script by building it into his character’s expressions. 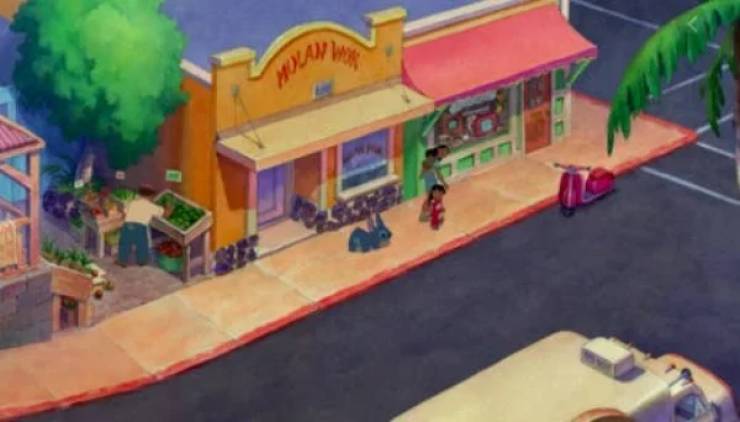 Disney movies, like Pixar, reference themselves constantly, so it’s no surprise that Lilo & Stitch sneaks in a Mulan reference. Right after Stitch’s adoption, the characters walk by a restaurant called “Mulan Wok.” 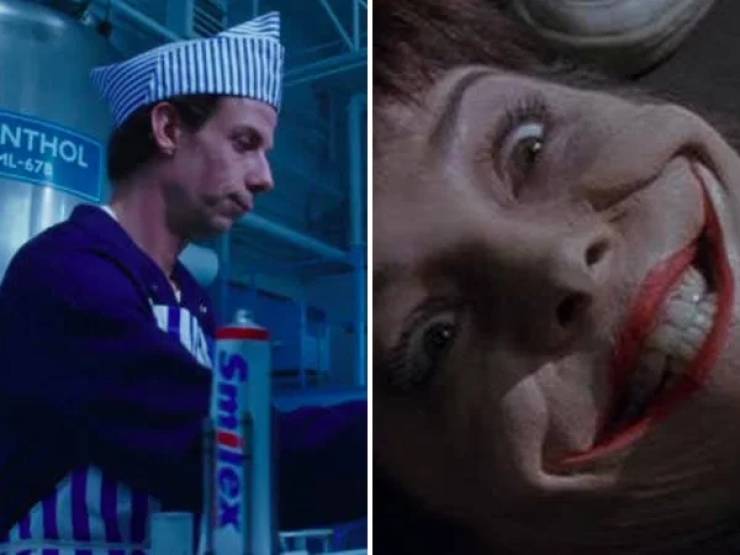 I’m not a huge fan of Tim Burton’s Charlie and the Chocolate Factory, but it has one pretty incredible reference buried in it. Charlie’s father works for a toothpaste company, called “Smilex.” Which is one letter away from being “Smylex,” the weapon of Jack Nicholson’s Joker in the 1989 Batman directed by Burton. 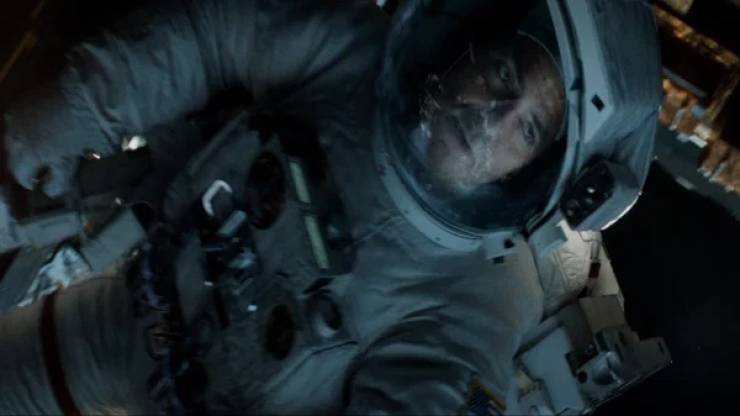 You know, most movies try NOT to have mistakes in them, which is why this shot from Gravity is so bizarre. If you look in the reflection of Kowalski’s helmet, you can see what appears to be a camera and boom mic reflected in the glass. So, it’s a goof, right?

Not exactly. None of the glass on the astronaut helmets in Gravity is ever real during its entire runtime, its always computer-generated. The reflection is also computer-generated. Director Alfonso Cuaron inserted it to make it look like the scene was shot in space with a camera crew, not in a studio. You know, for laughs. 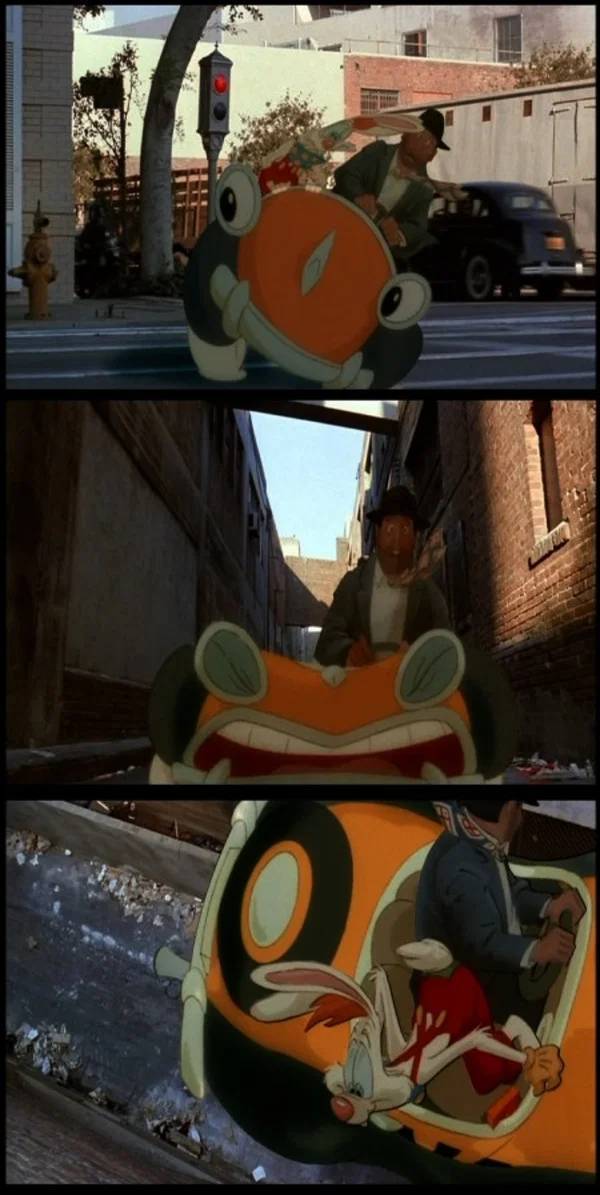 Here’s a freaky detail from Who Framed Roger Rabbit. Because the combination of live-action and animation was so ground-breaking at the time, it was sometimes easier to fake having a human in the frame. So, during the chase scene with Benny the Taxi, there are shots where Eddie is actually animated, but only for quick snippets (once you see it, you can’t unsee it though). 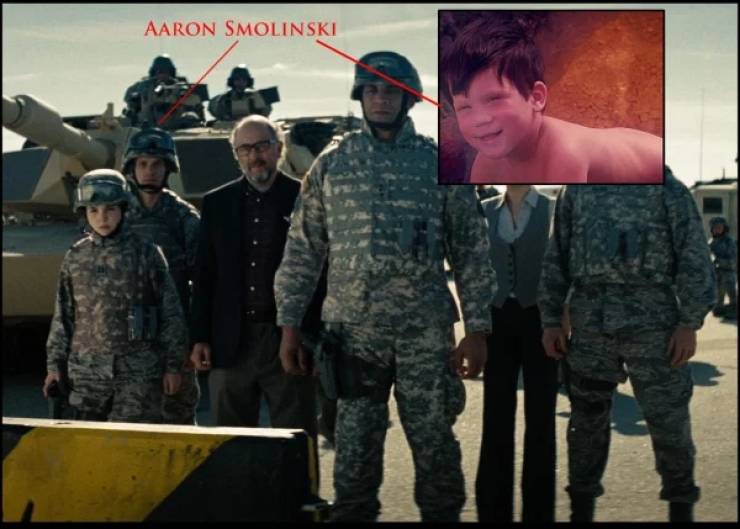 This is more of a cameo than a detail, but it’s real weird. One of the soldiers that meets Superman in Man of Steel is Aaron Smolinski, who actually played Superman.

Kind of. He played the toddler of Clark Kent back in 1978, and he was only two years old when he did it. This is the third Superman film he’s starred in to date (he also has an uncredited cameo in Superman III as a boy at a photo booth).

This is one of my favorite movie details. When Marty McFly complains about his cowboy outfit in Back to the Future III, specifically that Clint Eastwood never wore stuff like this in the movies, there are two movie posters next to him.

The first is Revenge of the Creature, which was Clint Eastwood’s film debut. But the poster cut-off at the edge of the frame is Tarantula, which was Eastwood’s fourth film credit ever. It’s a nice visual joke for old school film geeks.