Congratulations On Dodging That Bullet! (14 GIFS)

“I once woke up in a house that was on fire. We were all up until about 4:00 a.m. drinking. The fire started in a wall around 6:00 a.m., so everybody was totally passed out. By the time a random passerby kicked the door in and woke us up, the smoke was so thick I couldn’t see my hand in front of my face.”

“I found a carbon monoxide detector in our garage, brand new, unopened one day. I thought, this isn’t doing us any good here, so I took it to the basement and hooked it up.

2 days later it went off as our furnace got clogged with something and our basement filled up with fumes. We evacuated and the fire department came and blew out the house with some big fans. Then some guy came on an emergency service call and fixed our furnace. My wife, 3 kids, dog, and I may have all died if I hadn’t hooked that thing up.”

“I was in my teens, riding as a passenger in my grandmother’s car. I heard a little high pitched scraping noise on the car roof briefly. Looked out behind us and there’s a tree about a meter and a half wide down on the road behind us. The scrape was the tips of the outer branches making contact before the trunk didn’t quite kill us.”

“Approaching an intersection late at night on my motorcycle. Didn’t see the massive patch of sand that had somehow been spread out across the road. Went to brake, rear wheel locked and I slid into the intersection. Came to a stop in the middle of the first lane.

Saw something big and white out of the corner of my vision. Was a truck. Gassed it just a bit to get out of the way, and the bike was clipped a couple inches behind my body, hard enough for the muffler to be pushed up against the chain. Flew completely over two lanes of traffic and landed on my hands and feet in the middle of the intersection with cars travelling in opposite directions on either side of me. Stood up. No sliding, not a scratch on me. Helmet never touched the ground.”

“Used to flirt with this guy at work. He was a single dad, I’m a single mom. My daughter even asked me why I didn’t date him when he was so nice and he seemed like he liked me.

He asked me to come hang out with him sometime soon. I didn’t give him a solid yes because I really don’t think dating someone you work with is a good idea, but he was winning me over. A few months after that I go into work and he’s suddenly being escorted from the building by security. Turns out he was rooted out in an FBI sting for soliciting underage girls in chat rooms – he even used his work computer for a lot of his activity”

“After a messy breakup I reconnect with my ex. She tells me how she got pregnant by the guy she cheated with and they broke up because he wanted an abortion. Then she tells me that the last 2 months we dated she stopped taking the pill.”

“4th grade I rode my bike home everyday. This day I decided I was gonna wait outside to ask a girl out. It took 5 min. As I got home I saw 3 dudes hauling @$$ out my house into a white van. Our house was robbed. Of I had gotten home earlier they may have robbed my house as I was eating my daily bowl of frosted flakes .”

“During college I was completely wasted and ended up leaving a covenience store as 2 guys walked in to rob it.”

I was getting impatient and reckless. I started speeding and impatiently passed a truck only to narrowly avoid a head-on collision with another truck."

“This boy I made out with in high school asked me on a date and I said no. He’s now a convicted sex offender.”

"”Nice Guy” end of college boyfriend. Ended up being emotionally abusive, tried to restrict me from seeing some of my friends, and when I did finally break up with him, sent a facebook message to my father and I about how much of a whore I was (thankfully I called my mother and she deleted it without reading it)."

“Was attempting a PR on bench press without a spot. Lifted the bar and my hand slipped, but I kind of felt it coming so I was able to duck my head away from the bar which would have obliterated my eye. Never again. Always use a spot if you’re doing heavy weights!” 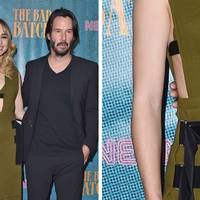 Biddy 11 month s ago
Did somebody dodge a bullet lately?
Reply
2 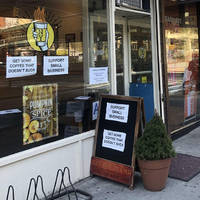 Bob 11 month s ago
Dodged a lump of stone that fell off a tall building In Paris and just scraped my jacket enough to leave mark.
Reply
0 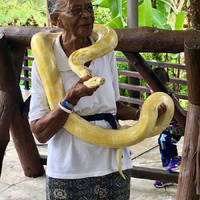 Rella 11 month s ago
Was talking in front of class in college and the giant rolled-up projector screen suddenly detached and swung down directly at me. I took one step back and it just barely scraped my nose.

Also saw a dude flying down the road towards a red light he clearly didn’t see. When my light turned green I waited, even though I was being honked at, and the guy flew through the red. Would have obliterated me.

Also avoided being attacked in the bushes outside my apt by awkwardly pointing to the security cameras. Same guy was arrested for attacking a woman across the street the very next day.

And... avoided being attacked by another psycho because my dog (a mini bull terrier) jumped on him and bit him in the chest. She was an incredibly friendly dog, but he jumped out at us and she just reacted. Dude went straight to the nearby liquor store, chased a woman around her car with a knife, and slashed her tire before being arrested. Good times.
Reply