"Snowboarding. I grew up on skis and when I tried snowboarding I literally just rolled down the entire mountain like a slinky on the stairs"

"Learning a second language, I understand it’s far easier as an adolescent but, whew, conversational German for a English speaker is very hard for me"

"Has anyone tried to learn to do a handstand as an adult? How is that SO DIFFICULT"

"Playing the guitar. The jump from not being able to play anything to playing basic chords and a couple songs you like isn’t that much and it makes you feel like such a [email protected]$$. But the jump again to a working musician is astronomical. I tried and just got burnt out and it wasn’t fun anymore."

"A lot of the parts from that Ninja Warrior show. I’m a very physically fit guy and always thought that first course looked like a breeze.

Then I found a local gym with the different elements set up. Even just that very first part where you hop across a few platforms was tough."

"Maintaining a proper work/life balance. When I was still in college, I’d either procrastinate way too much or I’d work nonstop. I was never able to find a balance where I was still getting [email protected]#t done but not burning myself out"

"Running. I was like yeah I smoke and drink but I can definitely run like the wind. Hah no. (Quit smoking after my first run and am now 3 years smoke free!"

"On the first trip to England:

After renting a car, it proved to be a considerable challenge to drive on the “other side of the road” from what I was used to – especially in the roundabouts and on major highways."

"Golf. I was watching the US Open on TV and seeing the players chatting with their caddies as they took a leisurely stroll down the fairway in the sunshine, I thought ‘That’s the game for me.’

So I borrowed a set of clubs and went out. On my own. In the UK. In winter. I got home wet, tired, hungry and covered in mud and scratches with twigs in my hair after hitting about 200 strokes and losing over a dozen balls.

I played for a couple of years but I was still pretty bad at it."

"Throwing dough to make pizza.. and pretty much the rest of the pizza making process. Getting the dough into a round 18″ pie is tricky. Then getting the sauce even and not on the crust is a process. And getting all of it done as quickly as possible… After several hundred pizzas I can crank them out pretty good now though."

"Making (and maintaining) friends as an adult.

I never really put much thought into this, until I had no friends left in adulthood, and realized how easy it used to be as a kid in school in comparison."

"Pottery. I made a couple of very small, cr#ppy bowls on the wheel, but the thing I made the best and far more often was a giant mess. I can sculpt fine but those stupid bowls get me."

"Losing weight. OMG the temptation of eating cookies is so big"

Actual great mind blowing sex for both parties takes great physical skills, communication, and being able to pick up on cues.

Sex is like dancing. Technically (almost) anyone can do that but most who claim to be great would hate to think what others really think" 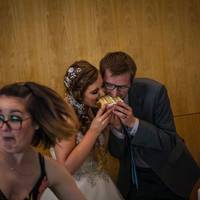 Sigfired 1 year ago
Fun fact: Everything is hard in the beginning.
Just remember that everything you do easily now had to be learned.
The difference between a bumbling beginner and effortless expertise is practice, practice, practice.
Reply
3