Dog Incessantly Barks At A Man, Leads Him Into The Mountains To An Abandoned Baby (21 PICS)

The dog Blacky has become a hero after he wouldn’t stop barking at a passing motorist, who stopped and followed him right to the dumpsite 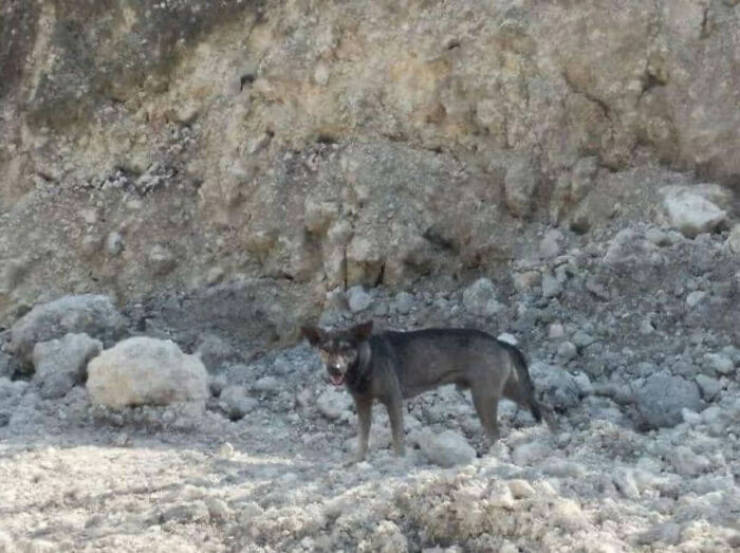 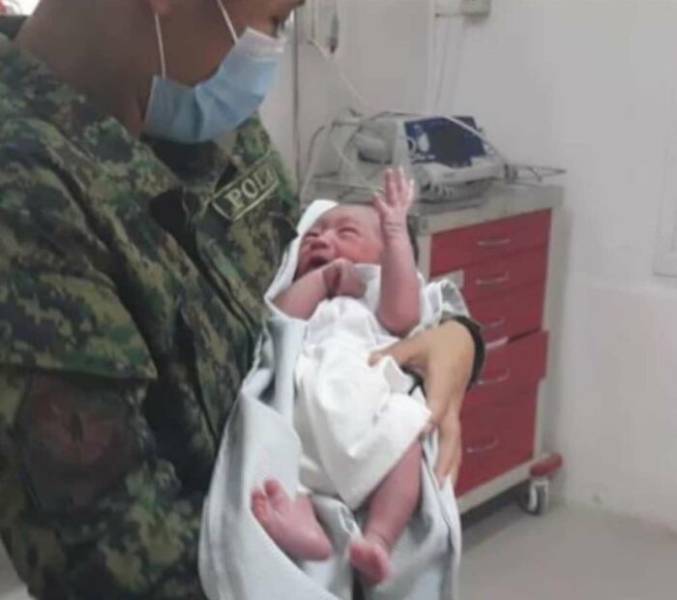 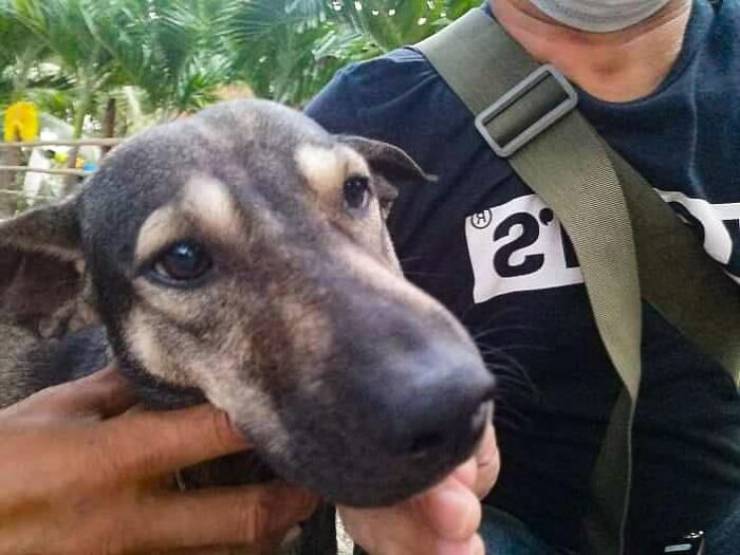 Gea Ybarita is the administrator of Hope for Strays animal rescue non-profit in Cebu, Philippines. Gea said that the news about the abandoned baby in the southern part of Cebu was circulating all around social media. The local news channel reported that the baby was saved by a stray dog.

“I wondered so much why no one had credited and honored such a hero dog,” Gea recounted. “Just by chance, we went to Blacky’s place with our motorbike, hoping we could find him. We had zero leads on his exact location and their area was a very remote place.”

The heroic dog was initially thought to be a stray, but it turned out he had a home 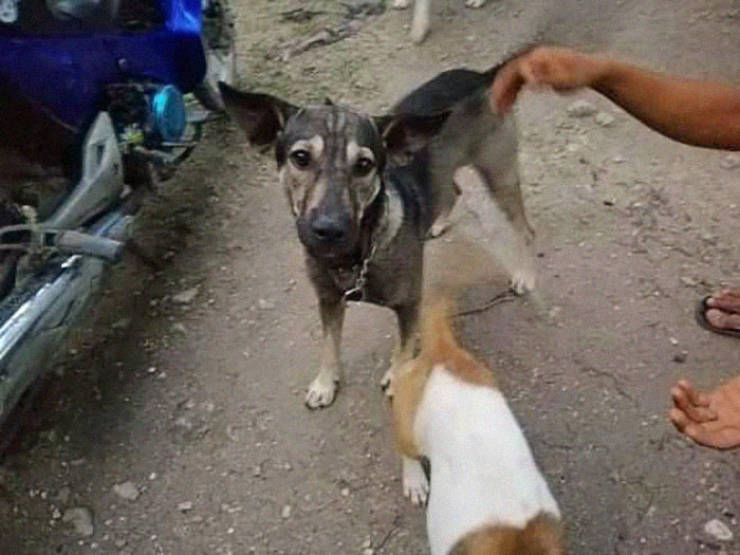 When the Hope For Strays team arrived at the said dumpsite on the mountain, they were surprised to see neither people nor dogs staying there.

“After a few minutes, a guy on a motorcycle passed by and we then asked and showed him Blacky’s pictures regarding his whereabouts.” Turns out, the man was his owner, and “we felt so lucky and relieved after hours of travel.”

Gea said that Blacky’s owner, Lyndon Olingay, then invited them to his place to meet the hero dog. “His family are dog lovers and they have 4 more adult dogs with 5 puppies,” she said and added “The Olingay family are such genuine, humble and kind people.” 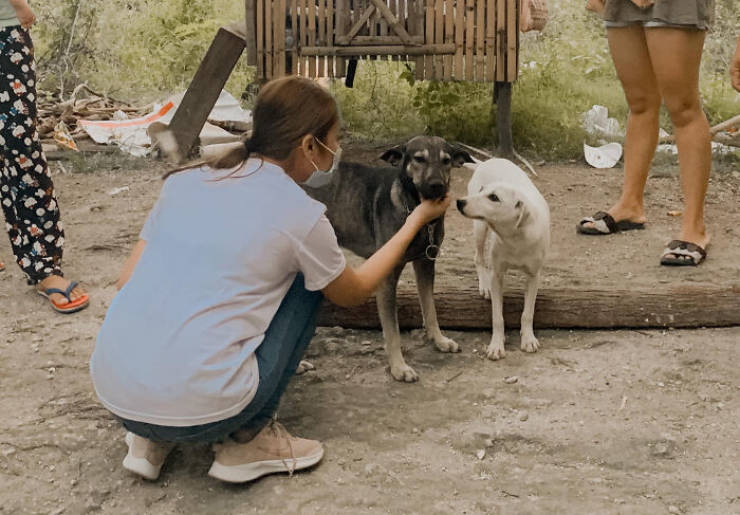 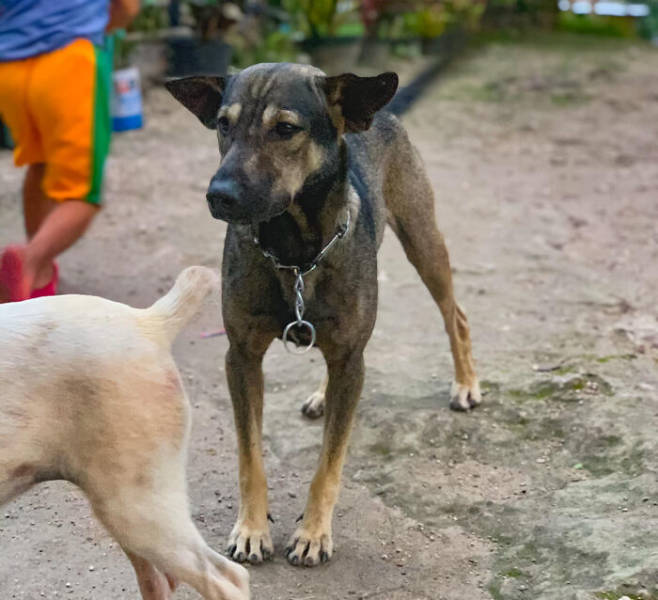 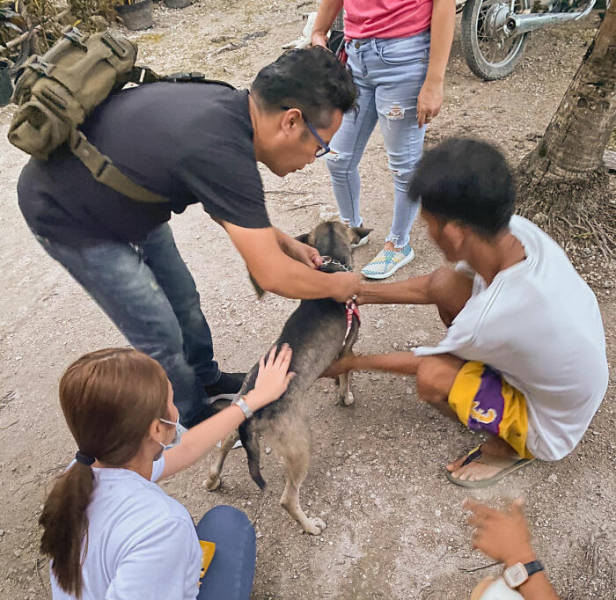 “I could not forget what Blacky’s owner once said: ‘No matter how hard life is, even though I’m poor, I feed all of my dogs and take care of them well.’” When meeting Blacky’s wonderful family, Gea said they realized why he and the other dogs are so sweet and gentle. 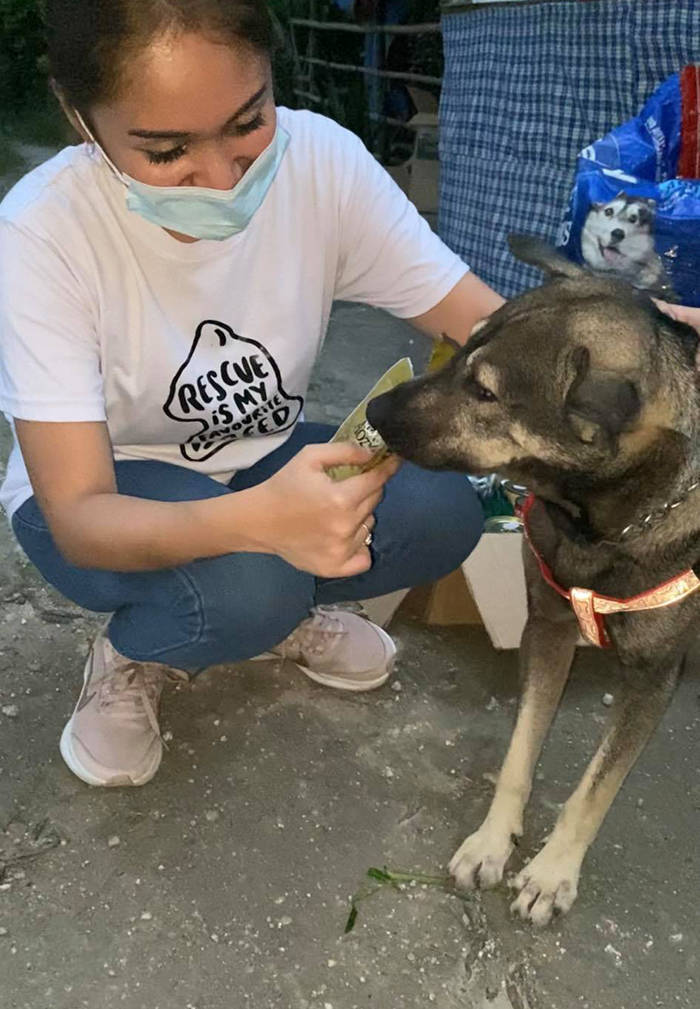 Hope For Strays helps to promote and advocate adoption of homeless stray animals in Cebu. Often, they discover ill-treated, extremely sick, and abandoned animals who have lost hope in this world.

“The number of stray dogs here in the Philippines has been steadily increasing. Thus, rescue organizations like ours need to find ways to rescue and feed the abused and neglected strays despite our very limited resources and audience.” 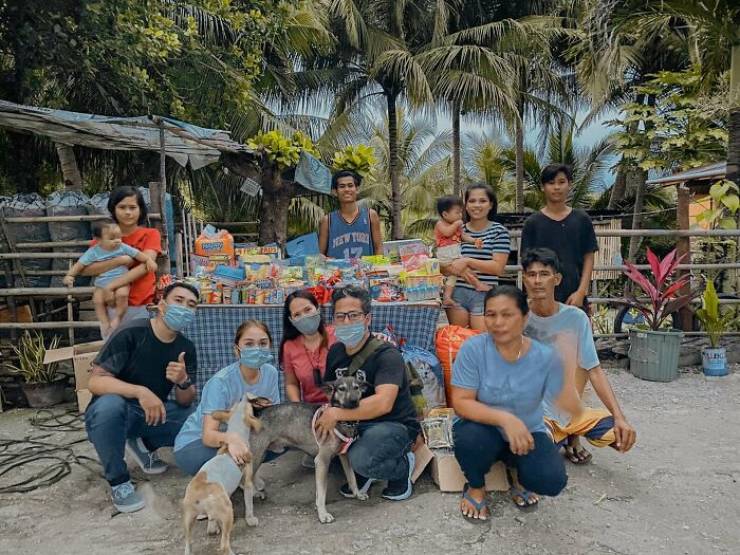 Gea explained that the stray animal problem in the Philippines is so huge that it needs help from people. “If people would choose to adopt rather than to shop, if pet owners were more responsible and did more spaying and neutering of strays and their pets, then it would make the problem go away.”

“No stray would get hurt, cold, and hungry if we all chose kindness every day,” Gea told us and said that all animals’ lives are very precious. Just like Blacky, dogs and cats can actually save people and bring happiness to our lives. 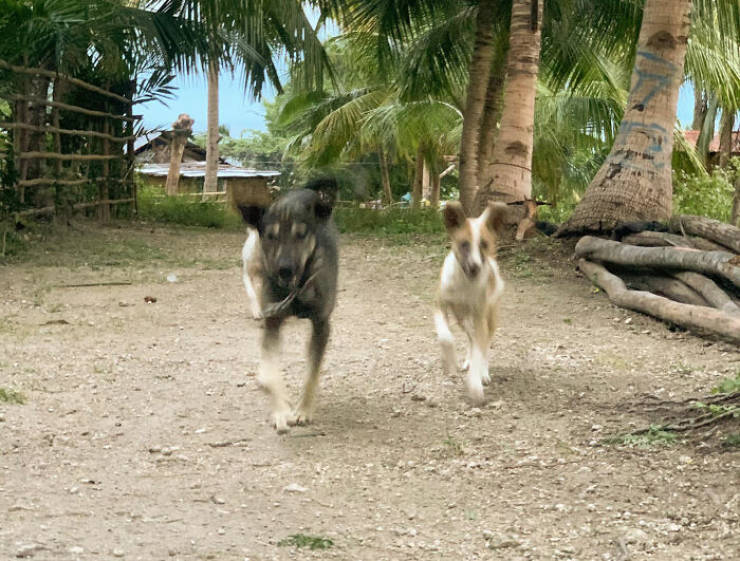 “However, for us to be able to save these innocent beings, we must all work together and support small non-profit organizations like ours in protecting the stray lives. The more audience, the more we spread the word of being kind to every being here on Earth,” Gea concluded.

Many people were touched by this beautiful story, praising Blacky for saving a baby Randy 10 month s ago
strange I spent 2 tours in the Philippines, never once did see any dogs. think they are bred for food in most places within the country
Reply