Formerly homeless man 70-year-old Tim Shea had his life transformed when he became the first resident of a 3D printed house in a community in Austin, Texas in September 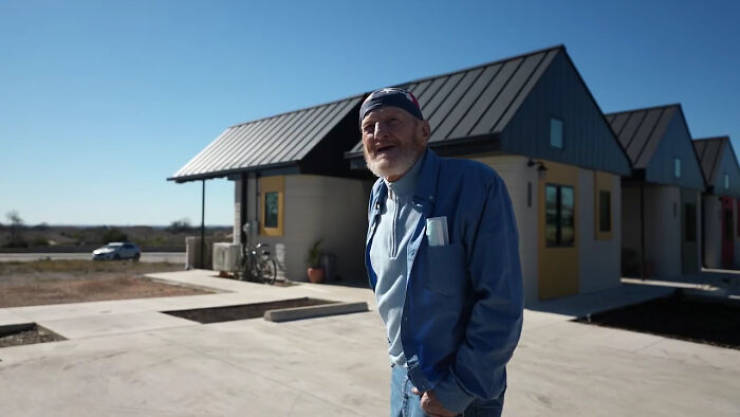 Before this now-permanent 3D home, Tim lived in the community in an RV. Previously, he struggled with drug addiction and just like many seniors in the US, couldn’t keep affordable housing.

Tim’s 400-square-foot 3D house was built with a 3D Vulcan II printer by the company ICON, which specializes in advanced construction technologies 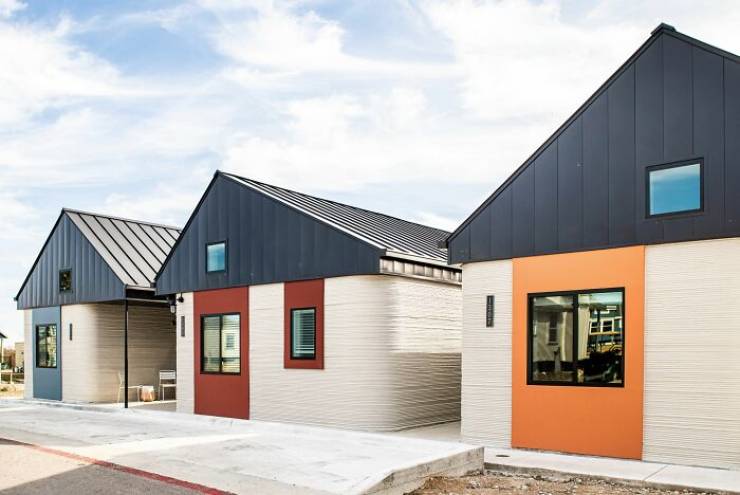 In an interview with NY Post, Tim said that his previous lifestyle made him hide from the world. “I think from my personal experience from my former lifestyle, that I developed a shell. I didn’t feel secure, and any time I had the opportunity, I would hide or isolate. I never really wanted to interact with people.” 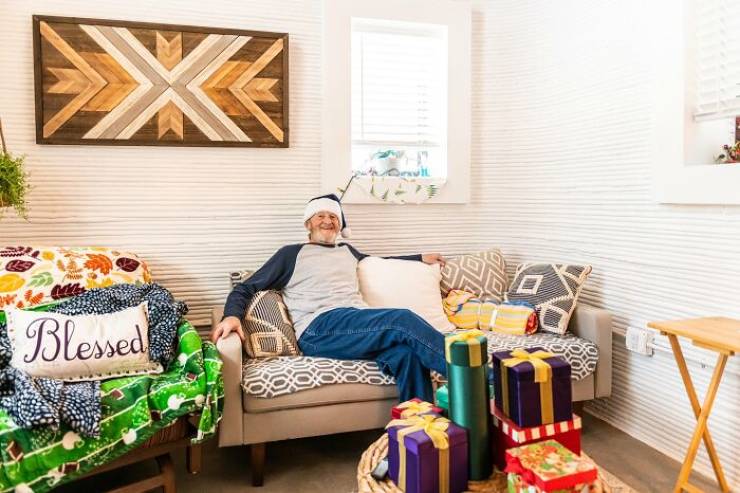 But after moving into his new home in September, at the Community First! Village, he had his life completely changed. “Everything I do is just the opposite, and I have many activities to do every day with others,” he said.

The house is located at Community First! Village which is known for its advanced vision on homeless accommodation 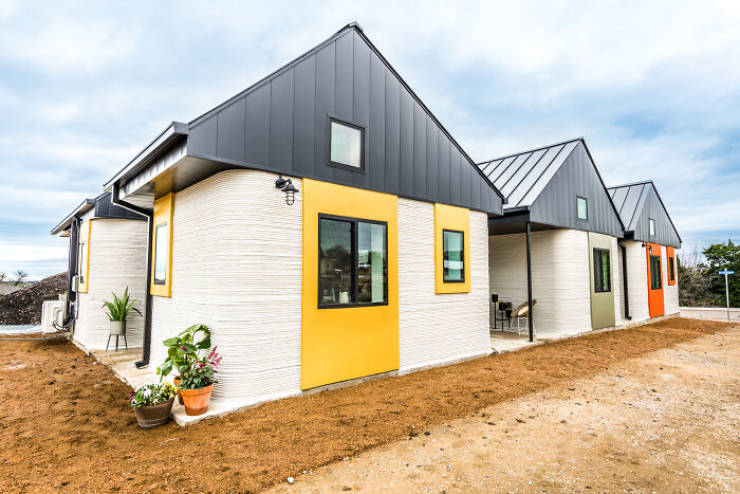 At first, Tim couldn’t believe he’d be the first person to live in a 3D printed house like this. “When I found out I’d be the first person in America to move into a 3D-printed home, I thought it was pretty awesome. The very people I used to run away from, I’m running to. If you’ve been on both sides of the fence, you know some people just need a little encouragement and support,” he told NY Post. 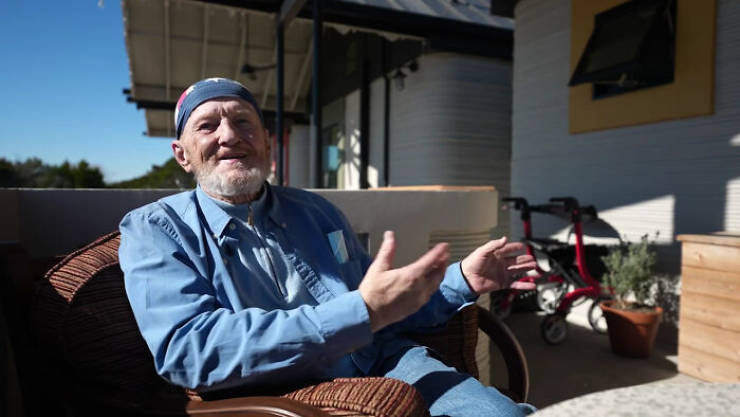 Tim’s 3D house is located in the Community First! Village which has been helping homeless people with shelter, community, and support. Alan Graham, a real estate developer and a founder of the village as well as the project called Mobile Loaves & Fishes, has been helping others to find a place to call home for the past two decades.

ICON has so far developed six different 3D homes, all with different layouts 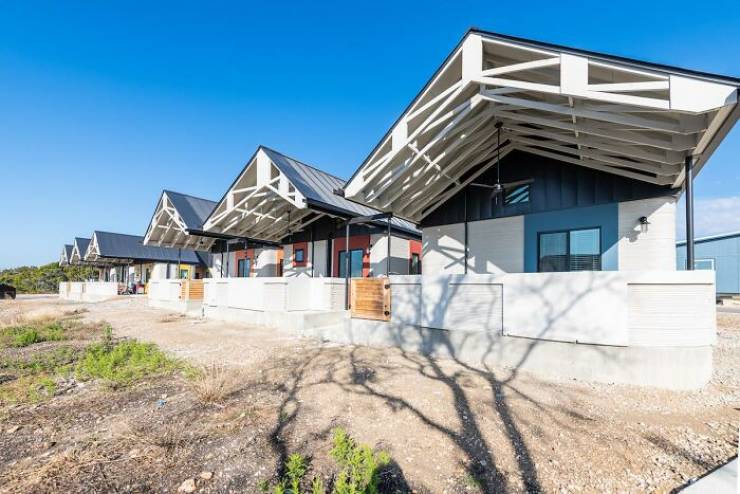 According to Graham, “Home is fundamentally a place of connection and of relationships that are life-giving and foundational.” His goal is “to make everyone feel truly at home by finally inviting those living on the fringes of society into your heart.” 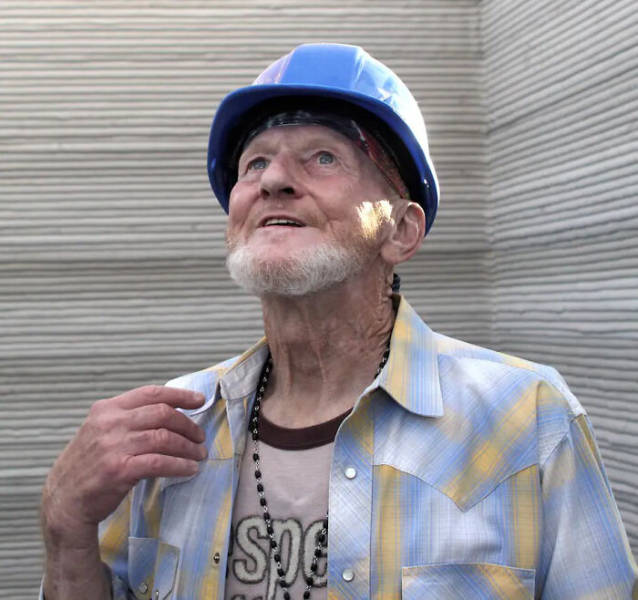 Tim’s 3D printed home is not the only one of this kind in the village. ICON has constructed 6 3D homes, all with different layouts for different needs to shelter the homeless on the site. Tim has selected an open floor layout since he has arthritis.

His 3D house features one bedroom, one bath, a full kitchen, a living room, and a porch 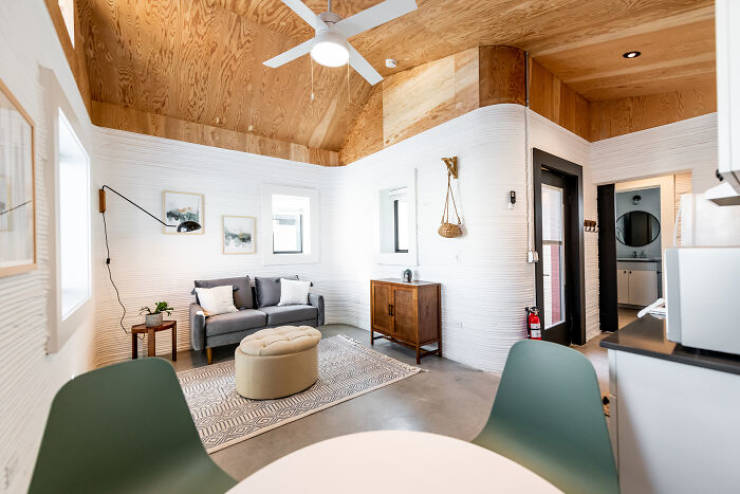 The project was made possible by a continued partnership between ICON, the construction technologies company, and Austin’s Mobile Loaves & Fishes non-profit.

Alan Graham, the founder and CEO of Mobile Loaves & Fishes, commented on the project: “Vulnerable populations like the homeless are never among the first to access leading-edge anything, but now here in Austin, Texas they’re among the first in line who will be living in some of the most unique homes ever built—and we think that’s a beautiful thing.” 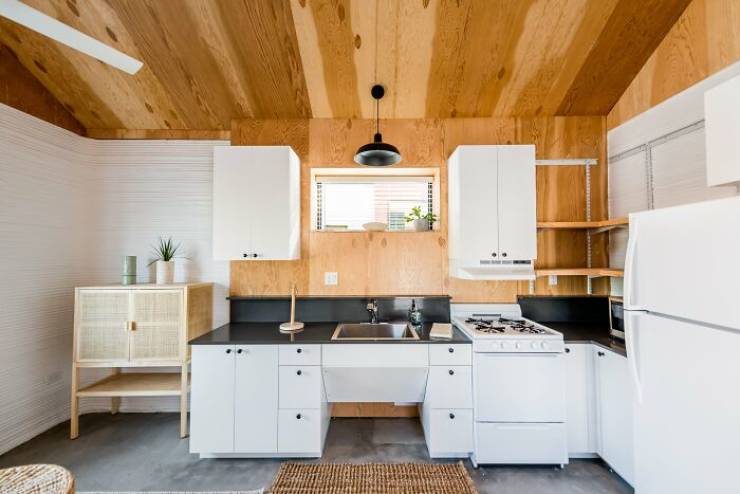 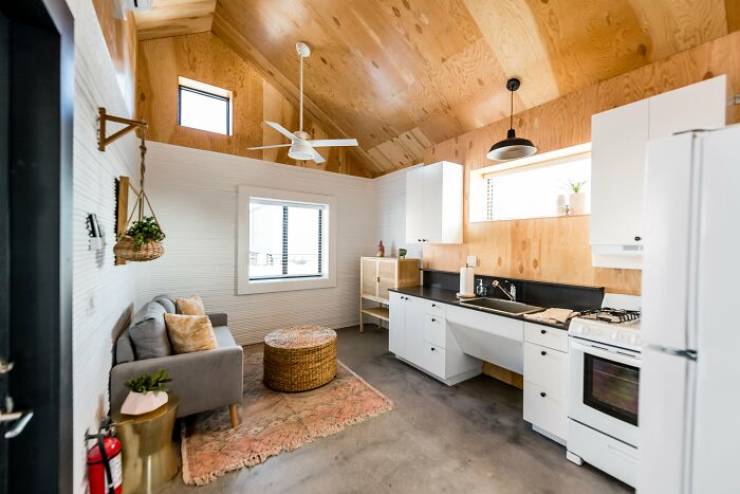 ICON believes that “3D printing will be the preferred method of homebuilding in the future and are excited to be a pioneer of the technology that has the potential to end homelessness,” Brooke told us. 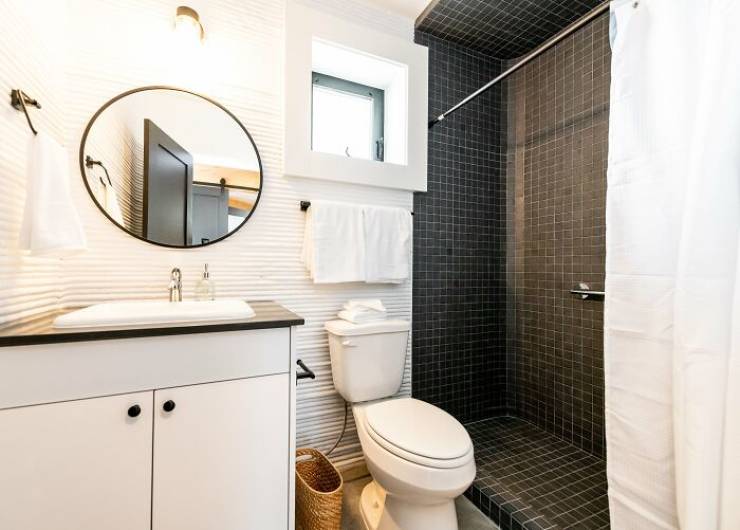 “The US needs 3.3 million homes per year and currently builds 1.3 million. 3D printing construction can help deliver resilient, sustainable, dignified housing across the US and the world.”

Tim, who has overcome drug addiction, chose an open floor plan because of arthritis 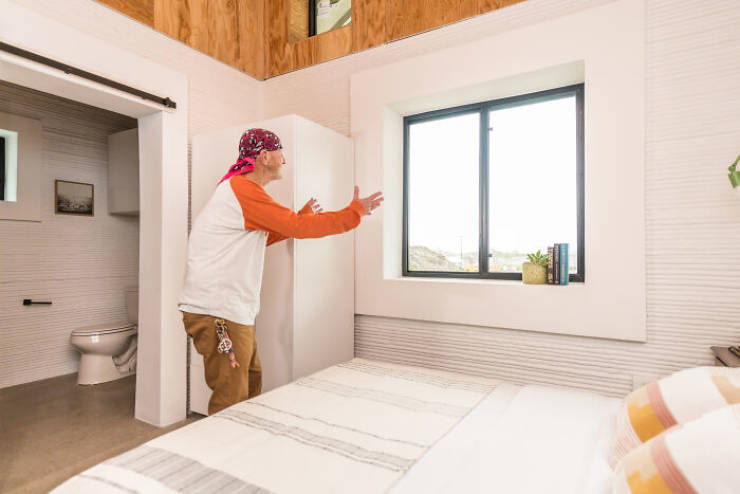 ICON has delivered two dozen 3D printed homes across Mexico and the US, including social housing projects with nonprofit organizations, mainstream housing developments with developers, and more. 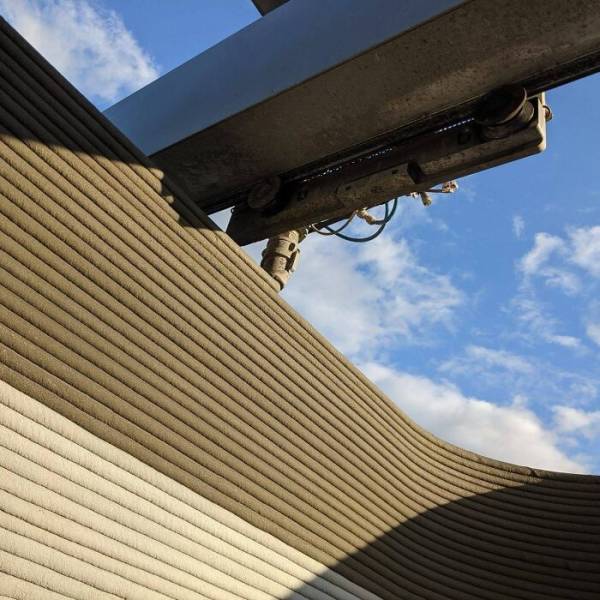 “We are grateful for the opportunity to see our technology deliver homes for those in need both in Mexico and to serve those who have experienced homelessness in central Texas,” Brooke said and continued: “Tim Shea in particular happens to be the first person to ever live in an ICON 3D printed home. We worked closely to design and pick out furnishings on this project in particular and are thrilled to see him thriving in his new home.” 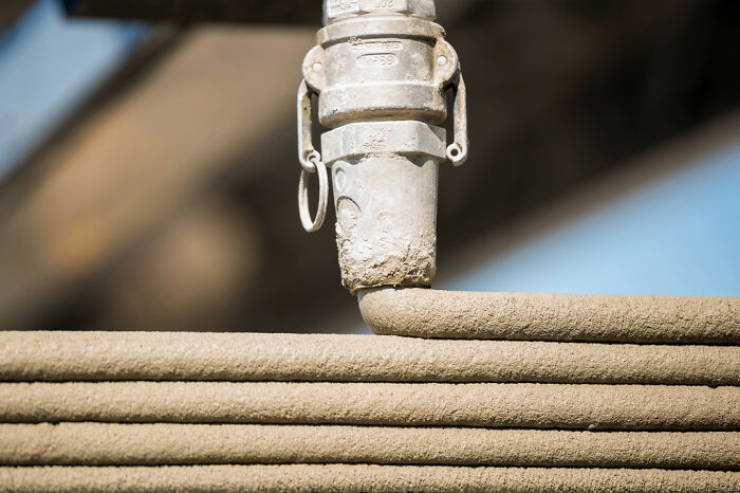 “ICON at its heart is innovation for a better future,” said Jason Ballard, co-founder and CEO of ICON. We’re going to have to take some risks if we want a better world for ourselves, and the team at Mobile Loaves & Fishes shares a similar vision in their efforts to empower the community around them into a lifestyle of service with the homeless. We need a radical rethinking in the way that we approach solving vexing issues in our society like homelessness. At the end of the day, this is all about people and the dignity of human beings.” 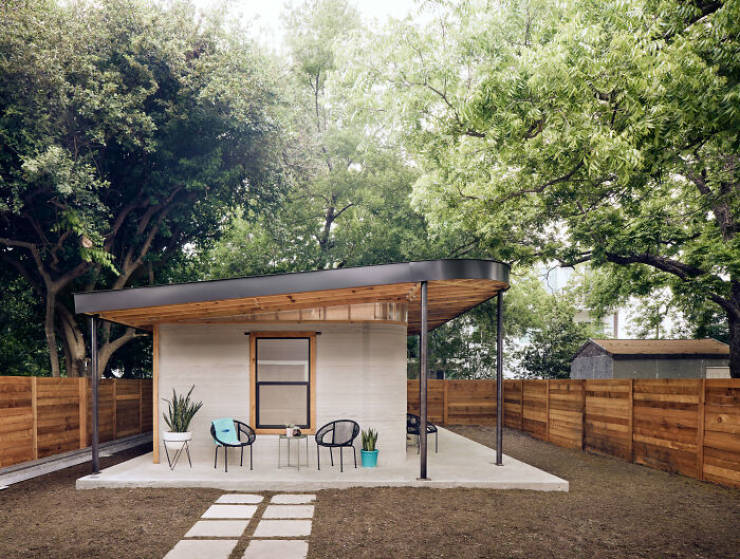 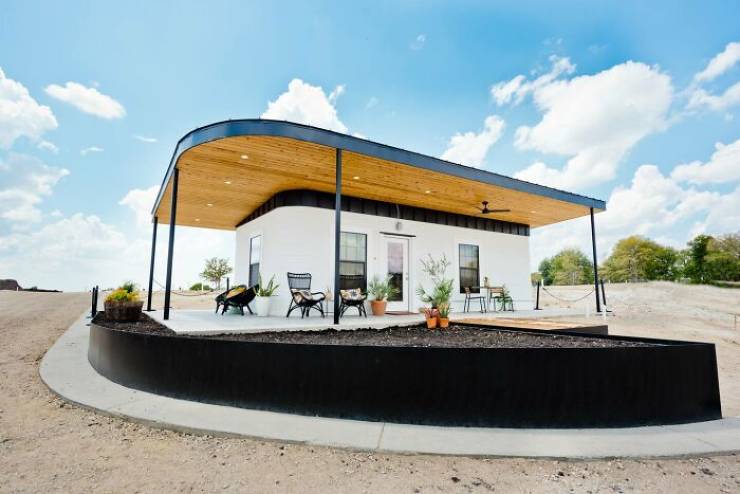 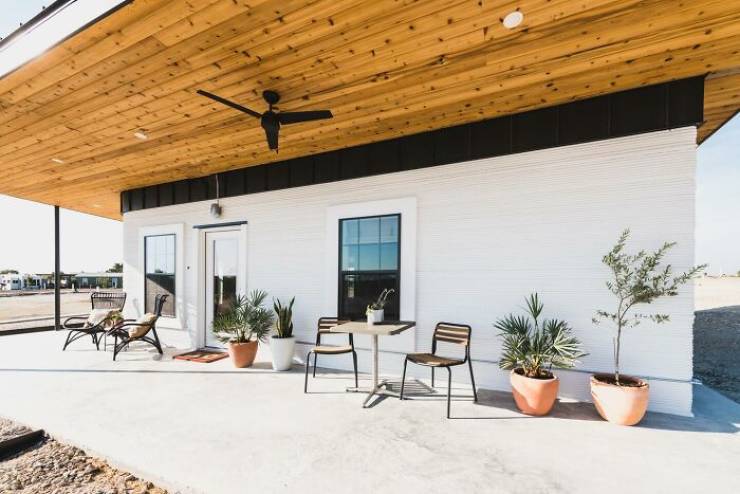 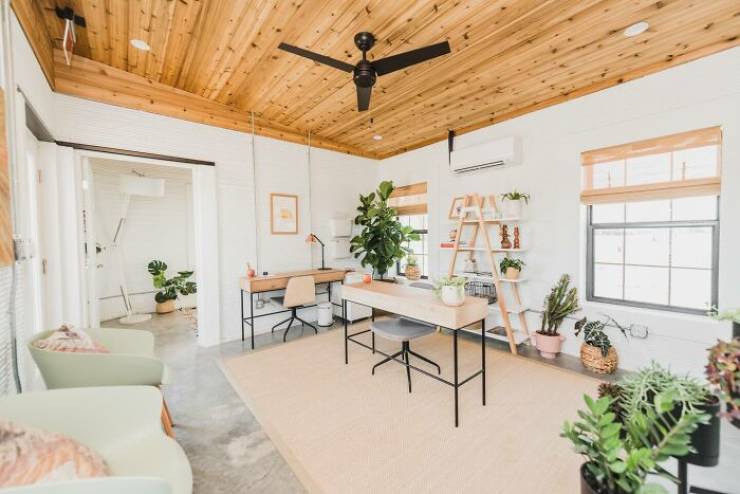