"Kids picking flowers in the park. I am a conservation Technician for a county park system, at least once a year I have to stop parents with kids picking flowers off the trail because I see kids with either poison hemlock (one of the deadliest plants if injesting even a tiny amount) or wild parsnip, which can cause some serious permanent scarring, burns, and boils if the sap gets on to your skin and is exposed to sunlight. Don’t let your kids pick or eat anything you aren’t 100% sure of."

"Pool covers. It’s like being wrapped in a bedsheet underwater. You cannot get free and you cannot scream for help. Once you’re in the only way to get out is to be incredibly lucky and get free or have faith that someone saw or heard you fall in and hope that they get you in time.

"Having a loose animal in the car. A safety instructor once told me doctors had to dig dog bones out of a person after it got between them and an airbag."

"There’s that Peppa Pig episode about spiders, teaching UK kids that they are nice and friendly; and that episode is banned in Australia.

So there you go, here’s my answer: Peppa Pig episodes."

"Walking off the boardwalks at Yellowstone. They have several signs pressing that even though the ground may look normal in those areas it could be really thin. I’ve seen people do it anyway. Looks safe ≠ safe"

"Garage door springs. People don’t realize just how much tension those things are actually under. Never repair a garage door yourself unless you know exactly what you’re doing. The stored energy in them is enough to break bones and sever limbs."

"Lint. too much lint in a dryer can cause a fire. gotta clean that stuff out on the regular"

"Over-the-counter medicines. Just because you can get something without a prescription does not mean it’s safe in all cases or in high doses."

"ER nurse.. I had a teenage girl come from Home economics class. She was sewing and had a pin between her lips. I mean , who hasn’t done that? She s#cked it in and it got lodged in her throat. While waiting for a scope she felt it dislodge and went deep into her main bronchial. She required major surgery . Had a young boy running with a toothbrush in his mouth. Got jammed way deep , almost hit a major artery..,"

"Confined spaces, above ground or worse, below the surface. If you do urban exploration, caving, or anything like that, get a 4 gas detector, clip it to you chest or belt, and set the alarm to max. If it makes a sound, get the [email protected]#k out or you are going to die."

"Weirdly specific, but leaking hydraulic fluid from a small crack in a pressurized manifold. It doesn’t shoot out like a gas would, instead looks like droplets, but if you put your thumb over it, it shoots toxic hydraulic fluid into your bloodstream."

"As a maintenance man who found a dead guy today; huffing airduster. dont do it, kids."

"Pushing someone’s face into a cake as a joke.

Some cakes have little wooden spikes inside to support the cake.

Saw a post where a girl’s face was gored by one of these."

"Silence in a house with toddlers."

"Well, cows seem pretty harmless but these guys aren’t to be underestimated i got attacked by a mother one for getting a bit too close to the calf, i was lucky the horns were specifically made to be round otherwise i would have lived with one kidney from then on, since It rammed into my kidney but not hard enough to damage thankfully, still hurt like hell after tho."

"Water in general, but fast moving water specifically. 2 or 3 inches of water is all that’s needed to sweep you off of your feet if it’s moving fast.

12 inches of water will lift and sweep away a car.

Water is heavy and will [email protected]#k you up if you don’t respect it."

By itself it’s perfectly fine, but a lot of people aren’t aware that grapefruit juice specifically has interactions with a LOT of different drugs, both medical and recreational, and can be potentially very dangerous when combined"

"Hanging around idiots, most of the time they only do [email protected]#t that affects themselves but when they do something that affects you it can change your whole life, so just remember if you’re in with a group of imbeciles youre rolling the dice with your life every second, its like standing in low-grade radiation, its unnoticeable right up until its incurable" 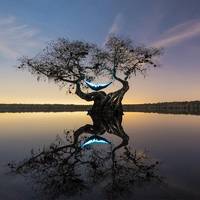 Vicy 1 year ago
#2 advice is dead on, I drowned in my pool here in Florida~!
Reply
0 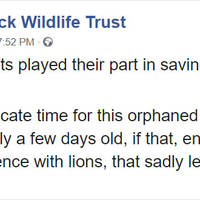 Sly 1 year ago
Helicopters - I lost my head from the mouth up due to those fast spinning blades.
Reply
0 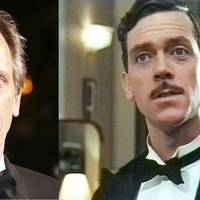 Sonny 1 year ago
#19 Yeah, that's right. I'm on three cardiac meds that all specifically warn about reactions including up to death and I [email protected]#king love grapefruit and the juice. Nothing else hits right for me!
Reply