The Hells Angels website states, “If you have to ask, you probably will not understand the answer.” Somehow prospects get recruited. These are guys who haven’t been given member status. They are kind of like interns trying to prove themselves to the club. A vote is held to either make the prospect a full-time member or oust them. This process can legitimately take years.

No Girls or Law Allowed

The Hells Angels refer to themselves as a brotherhood. Women play an integral and essential role in making the club run, but cannot be voted in as official members. No form of law enforcement can join either. This includes prison guards and even security guards.

Once you join the Hells Angels it’s nWo 4 life! Leaving or retirement isn’t exactly an option.

Treat others how you wish to be treated. The Hells Angels treat others with respect so long as they receive it in return.

We Hope Your Hog’s a Harley

If you’re rolling with the Hells Angels you need to ride a Harley Davidson motorcycle. 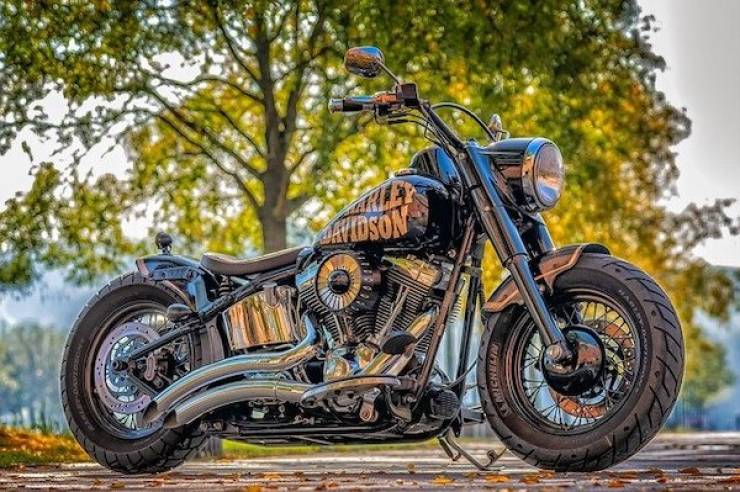 Don’t Interrupt During a Meeting

In an official club meeting, stay quiet unless directly spoken to. If you have a concern make sure it’s on the agenda beforehand. A minimum fine of $100 gets doled out to rule breakers.

When a prospect becomes a member, they are given a cut (vest) with the infamous club logo and name. A charter

patch is also sewn onto the vest. If arrested you need to hand your vest to another member for safekeeping/avoiding tainting it in jail. The same rule applies if medical staff tries to cut or tear off your vest during emergency care.

Don’t Be Too Friendly

A warning on the Hells Angels website says “never combine your support to Hells Angels with other clubs, street gangs, or others if you are unaware of the relationship between those others and the Hells Angels Motorcycle Club.” Meaning, make sure not to fraternize with folks unless they’re cool with the club.

You Must Ride in Order

Bikers ride in order of rank and seniority. The charter president takes the lead with prospects bringing up the rear.

If one biker gets pulled over for any reason, everyone pulls over as a sign of solidarity. 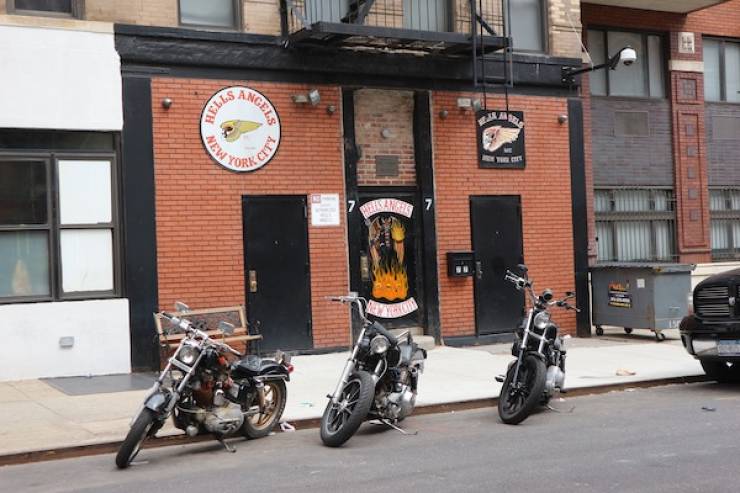 You Gotta Show Up

The attendance code is crucial. If you regularly miss meetings or hangouts, it’s seen as a sign that you’re not loyal to, or serious about, the club.

What you can wear varies from charter to charter. That said, the general consensus is “no shorts allowed.” 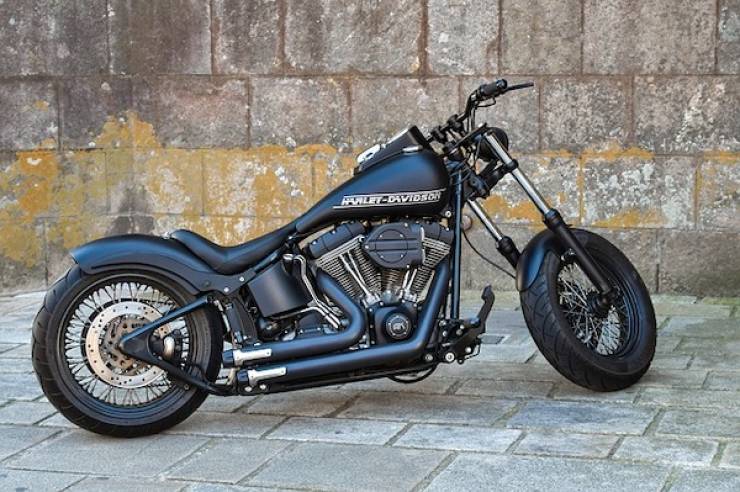 Give Back to the Community

Charitable work is a requirement for most charters. Hells Angels are active community members who regularly help out during local events.

Never talk to the media or run your mouth in public. The Hells Angels thrive in secrecy and staying tight-lipped. “We do not answer questions about members.” That counts towards missing members especially.

Protect the Angels, No Matter What

Hells Angels don’t pull punches when it comes to protecting their organization. They once sued Disney over copyright infringement for the portrayal of bikers in Wild Hogs (2007).

Yes, they are aware grammatically it should could be Hell’s Angels. I don’t think they care. Do you want to tell them?

Knock-Offs Could Get You Knocked Out

There is phony Hells Angels merchandise floating around. If you’re a member, don’t get caught wearing it. You have to earn your gear and get it directly from the club.

Most well-known motorcycle organizations have set borders and boundaries of operation. An unwritten rule is to stay within these set limits or prepare to fight for your territory. 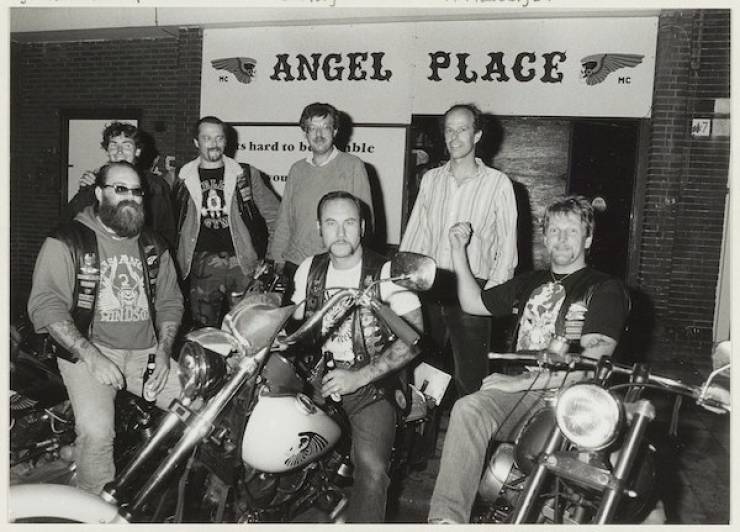 All of this said, I once helped a Hells Angels member pick out a router when I worked retail. He was an exceptionally polite fellow. 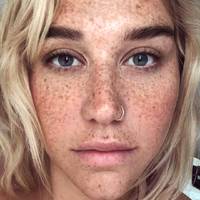 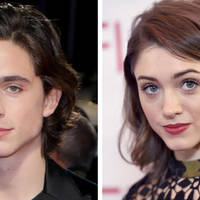 Parthenia 10 month s ago
It would be interesting to see when the cancel culture mob attacks them because of their lack on inclusion, diversity and junk like that.
Reply
-5 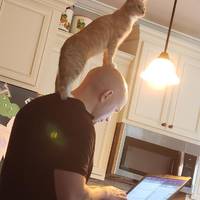 Poor little Parthenia should try to join them. Obviously his ideal. But I don't think whiny incels that try to turn literally anything in a whiny rant about things not trumpie enough have a chance...
Reply
1 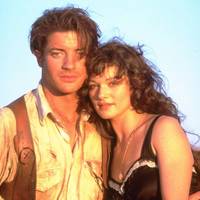 Celinda 10 month s ago
You do not need to have a Harley. You must ride an American made motorcycle. Harley Davidson is not the only American made bike. Think Indian perhaps?
Reply
2 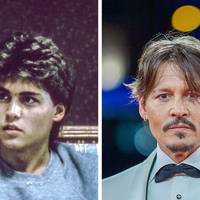 Melchizedek 10 month s ago
We were broke down on the side of the highway. The ONLY person to stop and ask if we were okay was a Hells Angel.
Reply
3 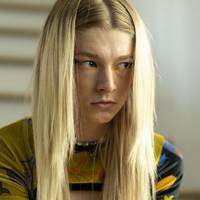 Criminals are not always bad. Not all the time, anyway.
Reply
1 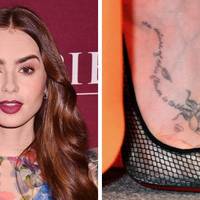 Audrey 10 month s ago
Sonny Barger himself said he would rather ride a Goldwing.
Reply
1 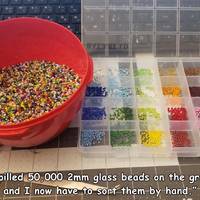 Roseanne 10 month s ago
#4 they literally kidnap underage girls to sell them and force them into prostitution ....thats not treating others with respect any moron who thinks this bs is true has no clue of them
Reply
1 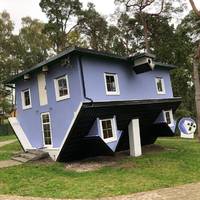 Ally 10 month s ago
my grandpa is a member
Reply