"As a freelance photographer, most magazines and newspapers don’t pay you for using your photos. They offer you photo credit only. If you ask to be paid, they just get a similar photo from someone else."

"Arcade crane games have knobs inside that let you control how strong the claw grabs. So you basically make the claw really weak strength and then there’s a setting in the motherboard to make the claw go full power after a certain amount of plays. Whatever the arcade or owner decides how often they want people to actually win."

"Movie industry. Unless you are absolutely breathtaking in your audition (which does happen don’t get me wrong) There is a list of thirty people each studio prioritizes to be in their major films."

"A certain 48” Interstate Natural Gas pipeline valve is being kept open by a strategically placed piece of 2×4 lumber. If the valve was closed, millions of people would be without Nat Gas fairly quickly."

"If a medical professional ever suggests you get a second opinion, e.g. a nurse at the doctor’s office….

It can be code for they are concerned about the quality of the medical care you are currently receiving. And that you REALLY should get that second opinion."

"When you play match 3 games (like candy crush saga), after beating a few levels the game will make it impossible for you to continue (you will be getting impossible odds). If you put your device aside and return after several hours or a day later, you will find the previously impossible level to be easy af. It is a mechanism to prevent people from burning through hundreds of levels in one go."

"If you ship through FedEx express, if you’re sending many packages/envelopes to a single stop, ship one priority overnight and the rest standard. They’ll be delivered together with the priority package."

"Worked in high-end golf clubs for years- almost all politicians register their handicap scores under a false name. The USGA handicap records are technically public information, and people would be pretty pissed if they knew how much time these guys actually spend playing golf."

"Calls are not being answered in the order received."

"As an HVAC mechanical engineer, if you tell us you don’t care about a brand it’ll open up an entire industry of options. Almost all packaged equipment has the same efficiency and warranty, but some brands just cost way more than others because of whatever internal proprietary controls they have or inflated egos or whatnot. I can design you a system for 30-50% less sometimes if you give me the flexibility to do so.

I can also show you a comparison to prove to you that two systems of different costs will operate equally."

"Attorneys can really only remember the details of about 20 to 40 cases at a time, so if you call your attorney after about a month or two, depending on the firm and how busy they are, they likely completely forgot what happened to you, and are working off a set of notes to pretend they have any clue who you are. Especially if you’ve really only interacted with them via phone other than one time in person for an intake or whatever."

"We actually did find and file that bug in your favorite video game, our leadership just decided it was ok to ship with it"

"Most fossils in museums are replicas. These days they’re usually plastic casts from silicone molds of real fossils, but 3D printed replicas made from high-resolution scans are becoming more and more a part of things."

"Most electronic medical records allow providers to put pop up warnings in your chart if you act verbally or physically aggressive.

If you yelled at the ER nurse in 2017, the medical assistant you called today begging for a last-minute appointment can see it."

"Casinos don’t need to cheat. We have already rigged the game against you."

"Worst possible Secret. I worked in the main shipping warehouse for a popular lingerie chain. I processed returns. We were trained to use tape to extract pubes from used underwear and then repack it as new. I quit after 2 months, not for me."

"You’ll never resell that diamond at a profit if you’re not in the industry. Just write that engagement ring off as a financial loss when you walk out of the store with it." 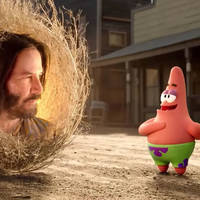 Clarinda 2 month s ago
#2 Once, as a bored teen on the 90's with too much extra $$, my friend and I cleaned out 2 claw machines at an arcade near Town Center Mall. It was only a bunch of stuffed animals, but we needed 2 trash bags to carry them all out. It was during Christmas vacation, so we gave them all to our siblings and their friends. It was fun, but I knew even then that we spent way more than those things were worth.
Reply
Powered by