People Who Had The Strangest Deaths in History (18 pics)

The cow didn’t jump over the moon

One morning in 2013, the wife (and concurrently widow) of Joao Maria de Souza, woke up to find an unharmed cow in her bedroom and a severely injured husband. It was later determined that the cow had escaped from a nearby farm and wandered onto the room of their home. When he found himself on top of the bedroom, the roof/ceiling gave way and the cow landed right on top of Souza. He died later in hospital due to internal injuries. 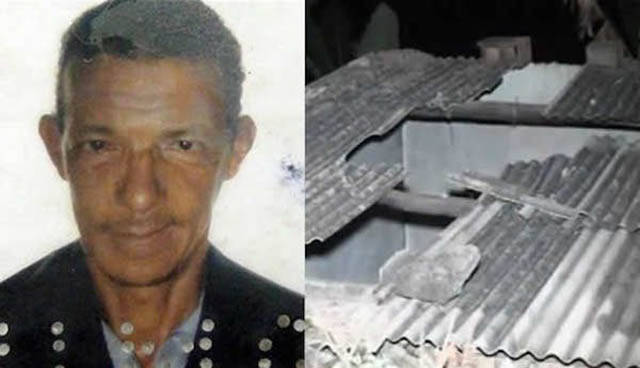 In this case, laughter wasn’t the best medicine

In 1975, Alex Mitchell, from King’s Lynn, England was watching a sketch comedy show called “The Goodies,” particularly an episode called “Kung Fu Kapers.” After laughing for a good 25 minutes or so, he fainted on the sofa and passed away due to heart failure. Somehow, he had laughed himself to death. Shortly after, his widow sent a letter to “The Goodies” show, thanking them for making Mitchell’s death so pleasant. 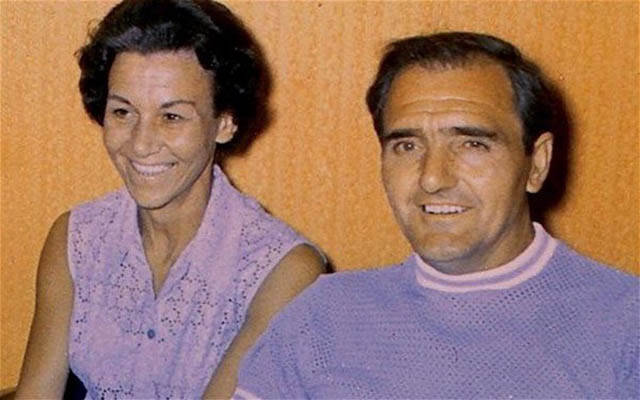 Couldn’t resist that pun. Back in 1927, when automobiles were just getting popular, Isadora Duncan was a popular American dancer. She was in Nice, France, about to depart with a colleague in his open-air motorcar, when she was told to wear a cape due to the chill. Instead she put on an extremely long scarf, that while blowing behind her, found it’s way around the spokes of the wheel and into the axle, throwing her from the car and causing her neck to snap. 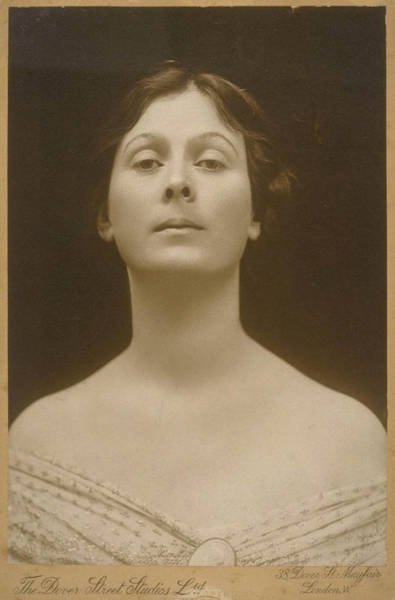 And the seventh deadly sin is Gluttony

Adolf Frederick, the King of Sweden from 1751 until his death in 1771, was never really liked by his subjects. Also, he loved to eat. On the 12th of February, 1771, he had his last meal that consisted of a lobster, caviar, sauerkraut, kippers and champagne, and 14 servings of semla (which is a sweet roll filled with a sweet cream). From then on, he was known as “The King who Ate Himself to Death.” 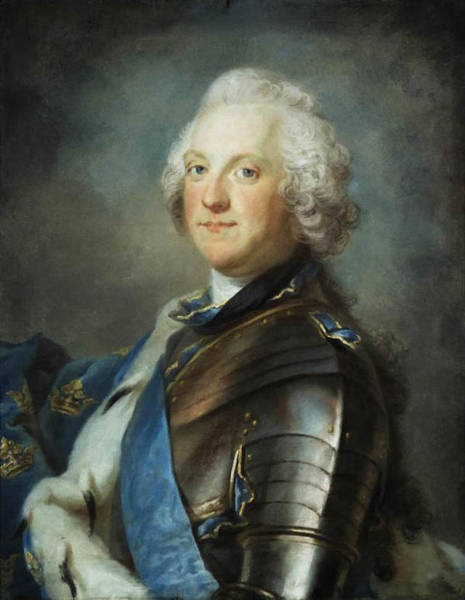 When reality and fiction start to blur

Gareth Jones was a British actor who was doing a live television program on the ITV network in 1958. While he was off camera during two scenes, he suffered a massive heart attack and passed away. Ironically enough, his character was supposed to have a heart attack during the exact scene he was going to perform next. Just jumped the gun, a little bit. 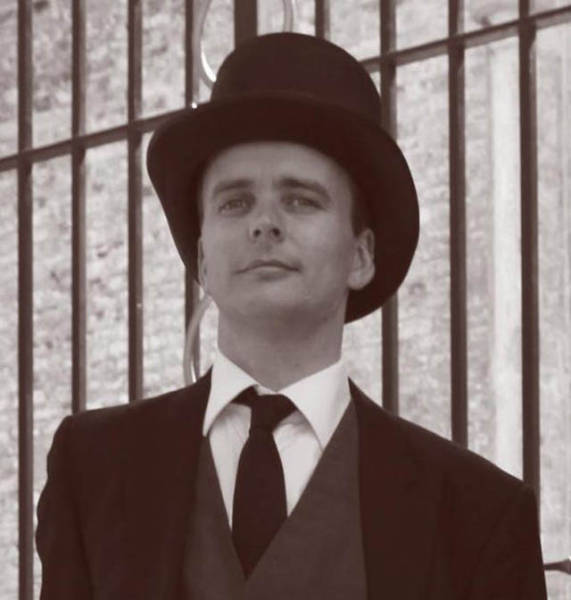 This one’s a little closer to home for me. In an attempt to prove to some prospective articling students that the glass in the Toronto Dominion centre was unbreakable, lawyer Garry Hoy threw himself against the glass window of his 24th story law firm. Having done this before several times, he expected to bounce off the glass. The first time he tried it on July 9th, 1993, he bounced off harmlessly. The second time, he knocked the window out of the frame and fell to his death.

So technically, while the windows were unbreakable, the frame wasn’t. 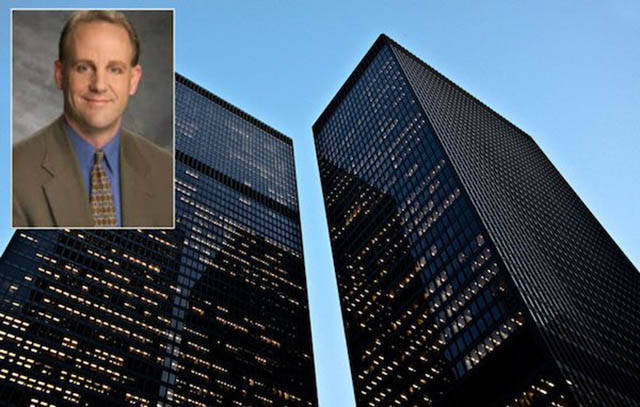 Too Hot to Handle

George Dozsa was a Transylvanian nobleman and man-at-arms back in the late 1400’s. He led a peasants revolt against the nobility, and was executed in the strangest of ways. A handful of his followers were imprisoned and starved, while he was tortured. They made him hold a glowing hot metal sceptre in his hand, while sitting on a glowing hot metal throne, wearing a glowing hot metal crown. Then they brought his hungry followers and used hot pliers and knives to take pieces off of him and fed them to his starving compatriots, while he was still alive. Not over the top at all. 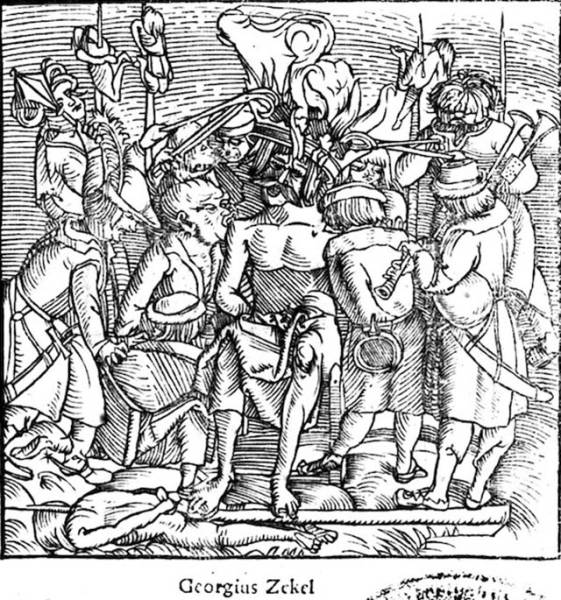 Keep on clowning around and someone will get hurt

Not much is known about this strange death, other than the fact that the obituary exists. Back in 1854, a 13-year-old boy named William Snyder died after being swung around by his heels by a clown.

My mom always told me not to hold it in

Now this one is a strange and relatively recent death. In 2007, Jennifer Strange signed up for a local radio contest called “Hold You Wee for a Wii.” The goal was for contestants to drink as much water as they could without peeing. The winner was going to get a Nintendo Wii. Strange then went home suffering from a severe headache, and following that, no one had heard from her. A co-worker called her mother and she went over to find her daughter dead. 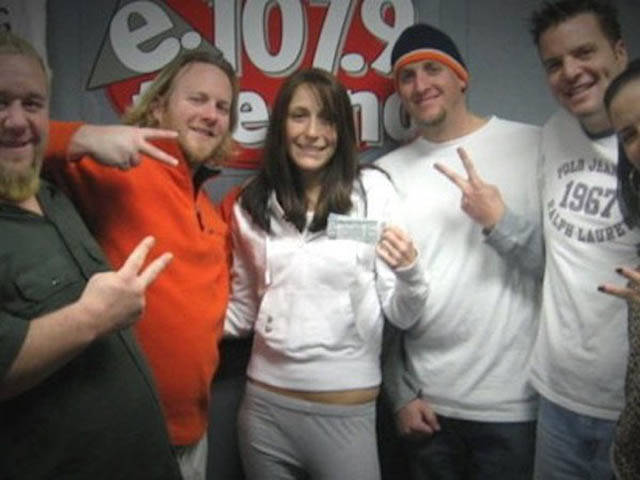 The bald look isn’t a good look for you

An ancient Greek tragedy playwright by the name of Aeschylus basically defined the genre, and even was present at some of the greatest battles in Greek history against the Persians. Which means that a man so talented, who lived a good life, would need a good death, right? In 458 BC, Aeschylus heard a prophecy that he was going to be killed by a falling object, so he stayed outdoors most of the time, away from anything that would look like it could fall. Instead, a passing eagle, holding a tortoise in it’s mouth, mistook his bald head for a rock and dropped it’s lunch. Instead of shattering the shell, it shattered his skull. Now that’s both tragic and ironic. 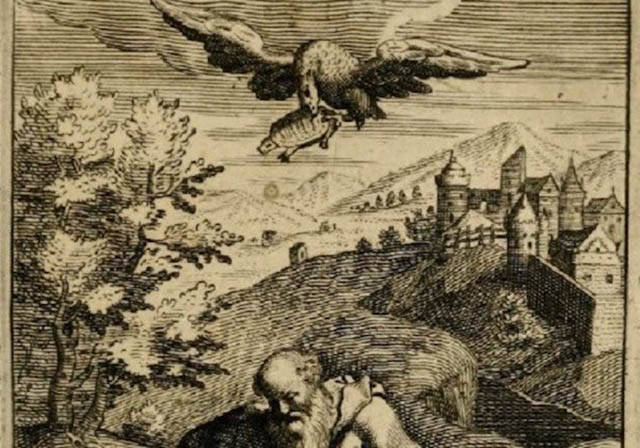 This responsibility is burning me up inside

The death of Edward the II of England in 1327 is the stuff of spooky stories and legend. He was impeached and imprisoned due to his conduct as king, and died in prison. The rumour is though that he had a hollow horn inserted into his anus, and a glowing hot rod was inserted into his insides, killing him but leaving no external mark. Sounds like Taco Bell. 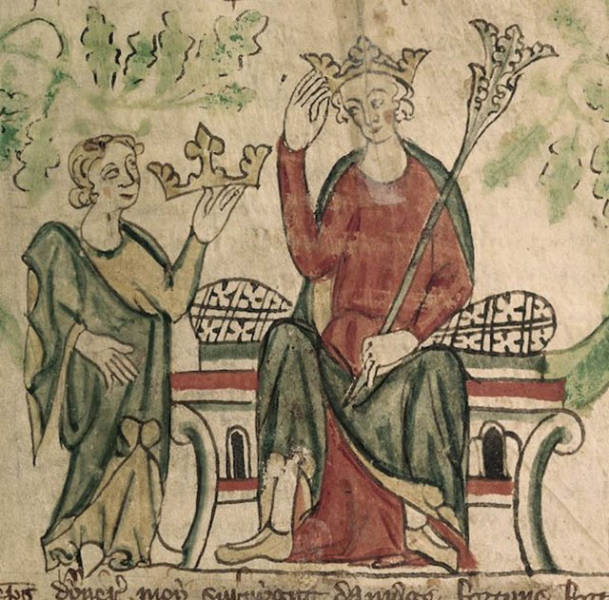 If you didn’t want he Caesar, why didn’t you say so?

Cato the Younger was a politician and statesman in Rome between 95 BC and 46 BC. During his time, he was known for his stubbornness, moral integrity and his lifelong conflict with Julius Caesar. After Caesar took power, Cato didn’t want to live in a world led by him, and attempted to commit suicide by stabbing himself with his own sword, but failed to do it right. His physicians tried to sew him up, open which he tore open his stitches and pulled his intestines with his bare hands, finally killing himself. 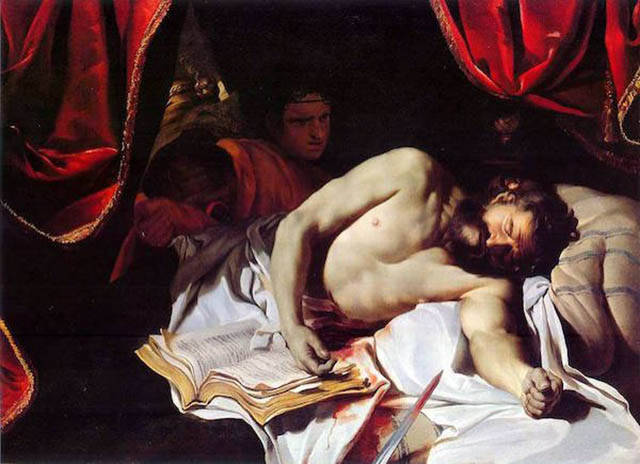 I too can laugh; I’m not made of stone

Greek philosopher Chrysippus of Soli, was a pretty serious serious and logical guy. There’s been several accounts of his death, but the most popular one is that one day he was watching a donkey eat some figs and then cried out “Now give the donkey a drink of pure wine to wash down the figs.” He thought the image of a drunk donkey was so hilarious, he fell over laughing and succeeded in laughing himself to death. 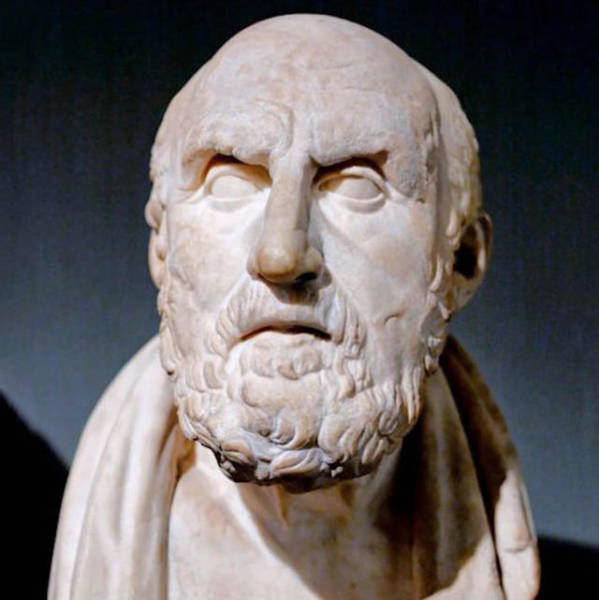 How weird is it to have a beard?

Talk about your passion being the cause of your death. Hans Steinger of Austria had the worlds longest beard at 4 feet, 7 inches in 1567. One night there was a fire in his town and when he got up to evacuate from the flames, he didn’t roll up his beard has he normally did, and tripped on it, falling and breaking his neck. 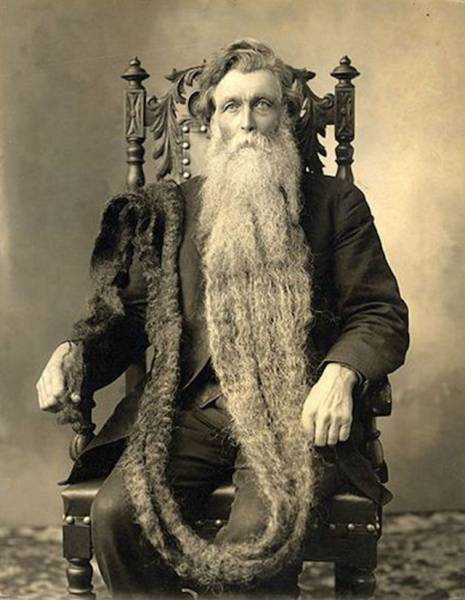 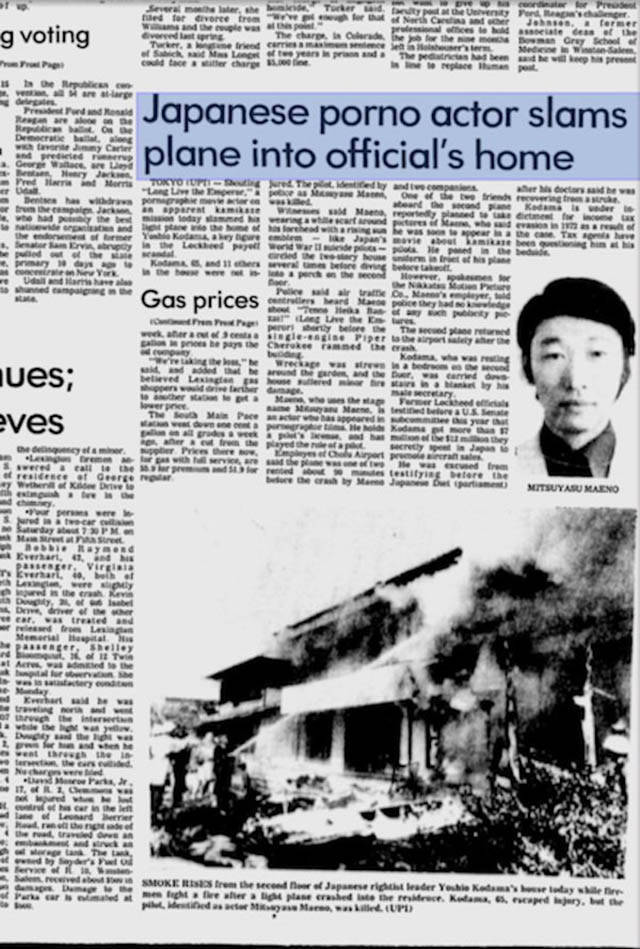 Someone’s jockeying for a place in the afterlife

While racing in Belmont Park in 1923, jockey Frank Hayes had a heart attack in the middle of a race. The good news is that he was strapped onto his horse well enough that he stayed upright during the race and crossed the finish line, winning 1st place, even though he was dead. 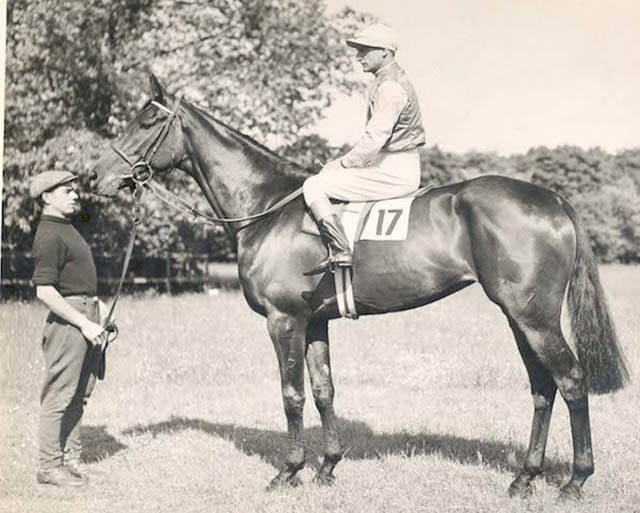 French is a complicated language, even for the French

Sometimes, you need to be clear and succinct with your instructions, or else people die. In 1799, Napoleon had captured 1,200 Turkish prisoners, while battling a cold. Supposedly he complained about a coughing fit he was having and said the words “Ma sacree tour,” (my confounded cough), but his men misunderstood and heard “Massacrez tour” (Kill them all). They opened fire and executed every prisoner. 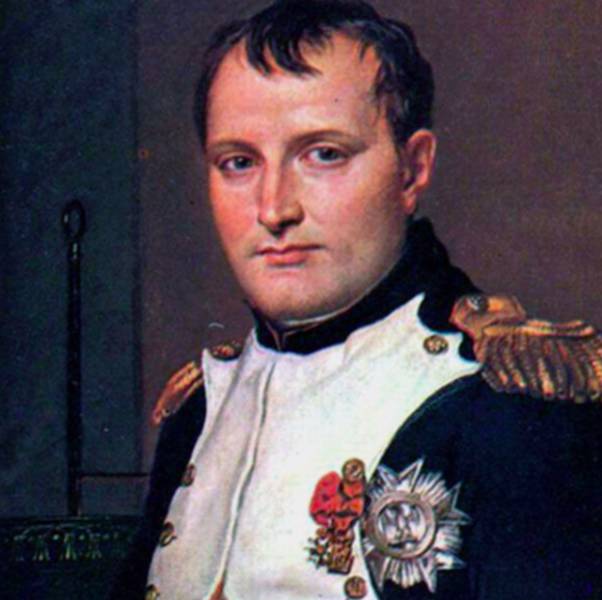 In Russia, the poison doesn’t kill you (neither does drowning or stabbing)

Who all knows the story of Rasputin? This is the strangest death of them all, and somehow, no one’s entirely sure he’s really dead (he probably is, we’re just being dramatic).

After members of the royal entourage decided to get rid of him, they invited the Russian mystic to dinner, where they fed him poisoned wine and pastries. When he didn’t show signs of dying, they distracted him and shot him in the back. He fell to the floor, then promptly tried to get up again, fought with the men and tried to escape. He was then shot in the back again, and in the head. When he fell to the ground, they started beating him severely. Still, he didn’t die. So they wrapped him up in a cloth, and dropped him in the freezing Niva river. When the body was retrieved two days later, his nails were broken as if he had tried to claw his way out from under the ice. 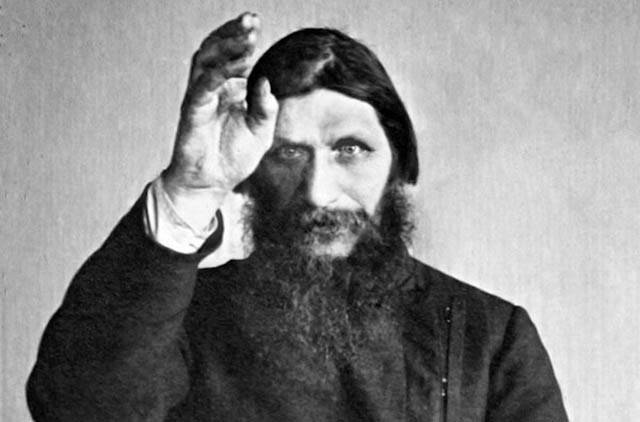