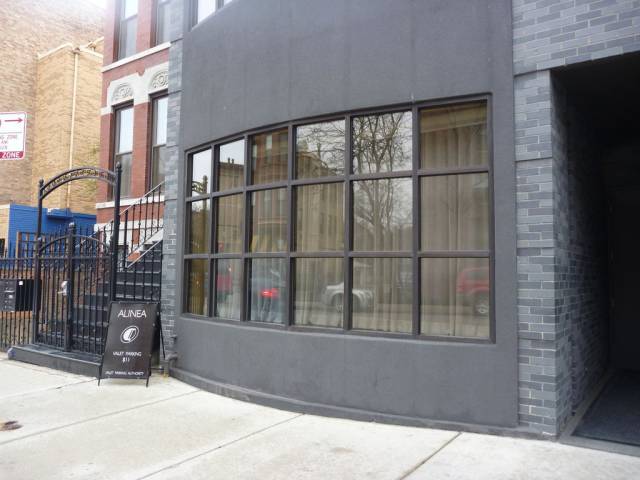 The first course combined warm Dijon mustard with chilled golden trout roe and grapefruit. It made for an unlikely, delicious combination. 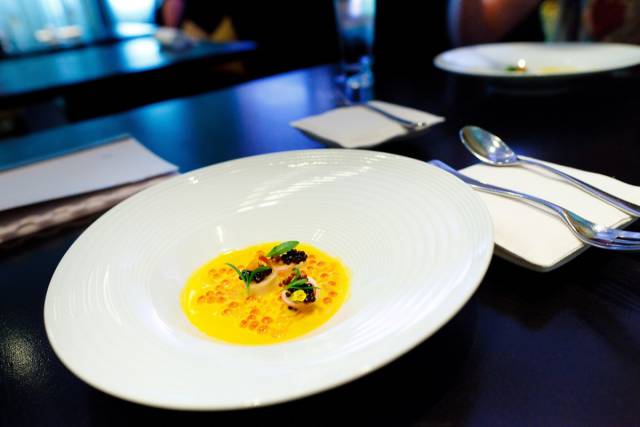 Next was this stick of deep-fried tofu skin wrapped with shrimp and sprinkled with black and white sesame seeds. In the bowl was a miso paste for dipping. 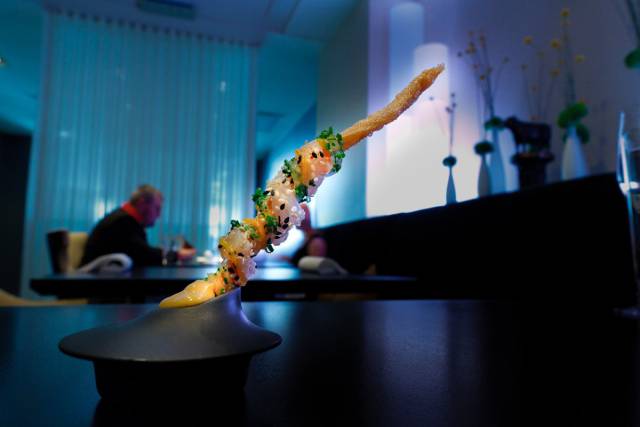 Diners then received a fork holding octopus purée, red wine gelée, and coriander (cilantro) that was suspended over a bowl filled with eggplant foam. In this dish, an oyster leaf (which naturally tastes very similar to an oyster) was presented in a real oyster shell. It was accompanied by a buttery scallop topped with beer foam and a razor clam. 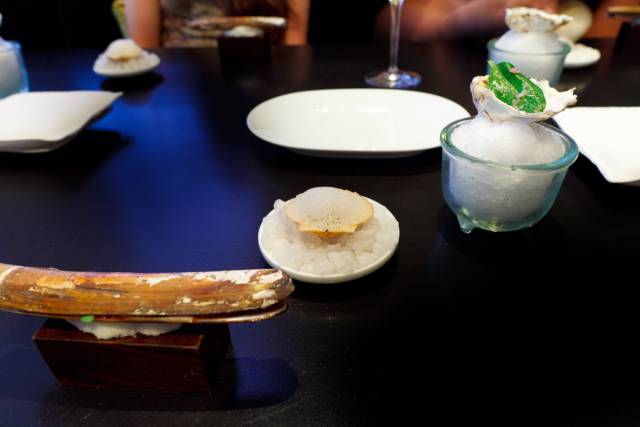 Up next was the first in a three-part course. Here, diners ate sprouting pea leaves growing from a sweet pea soup. 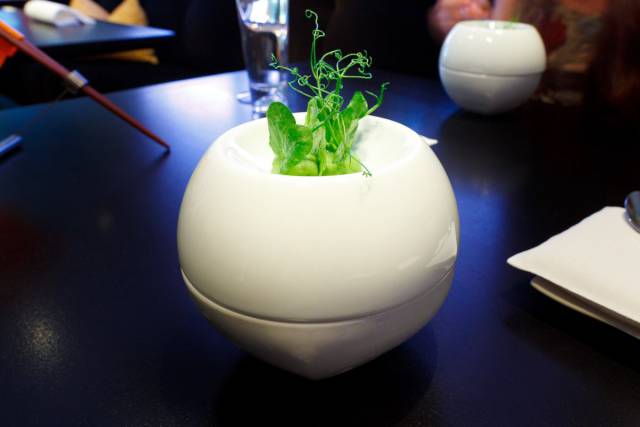 The upper layer of the dish was removed to reveal freeze-dried peas in a spring pea meringue. 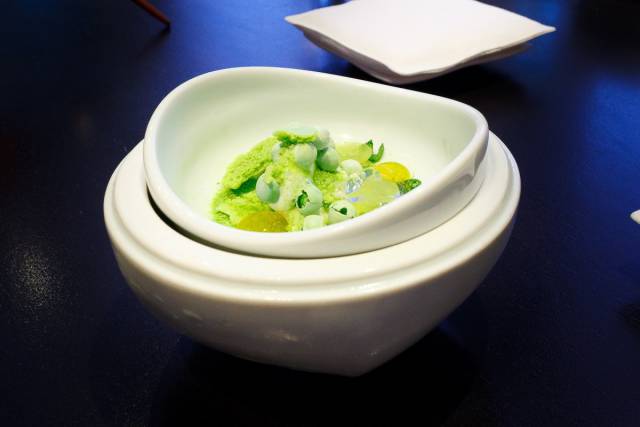 Finally, diners were shown the bottom of the dish, which contained frozen pea purée with green apple sorbet and frozen Greek yogurt. 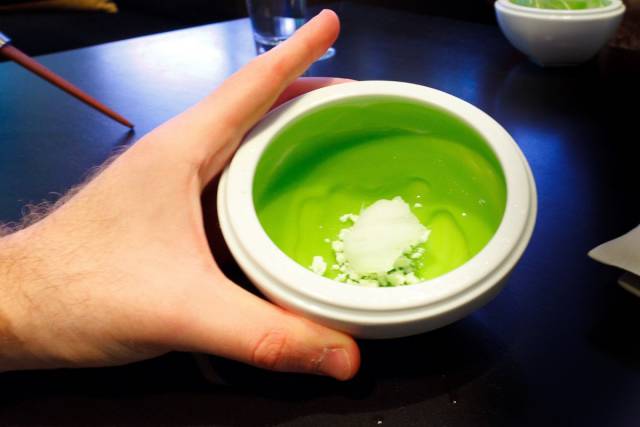 The peas were followed by a chunk of deep-fried yellowtail with banana and ginger that was skewered with a vanilla bean and balanced upon a specially-made dish. 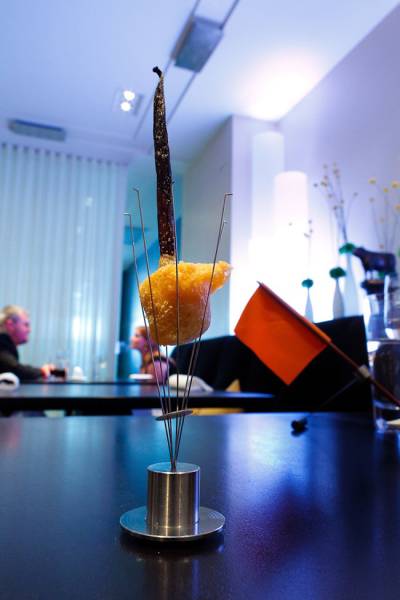 Oraged mushrooms were contrasted with pickled ramps (a type of leek). Sumac, a tart spice, held the dish together. 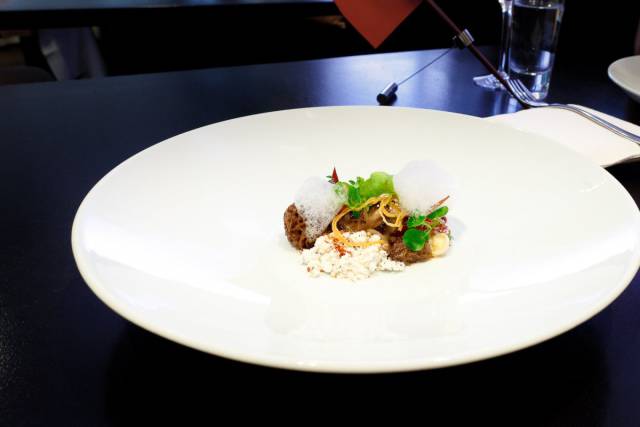 This is the Chef’s signature Potato course. It’s a hot potato topped with a slice of black truffle and suspended above cold potato soup. You slide out the skewer so the hot potato and truffle mixes with the soup and eat immediately. Two orange flags were placed on the table earlier in the meal. The server said they would come into play in a later course. 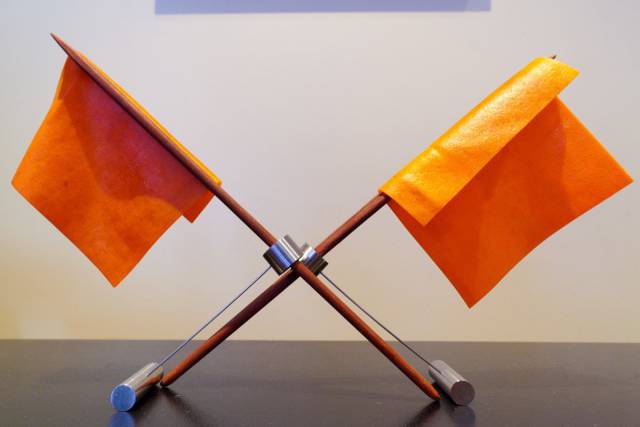 A plate of specially-chosen ingredients were laid out in front of each guest. They included smoked salt, crushed blackberry, black garlic, and tobacco pudding, among others.

Those flags turned out to be pasta for a DIY ravioli course! They were set on a specially-made stand to elevate the pasta’s corners. 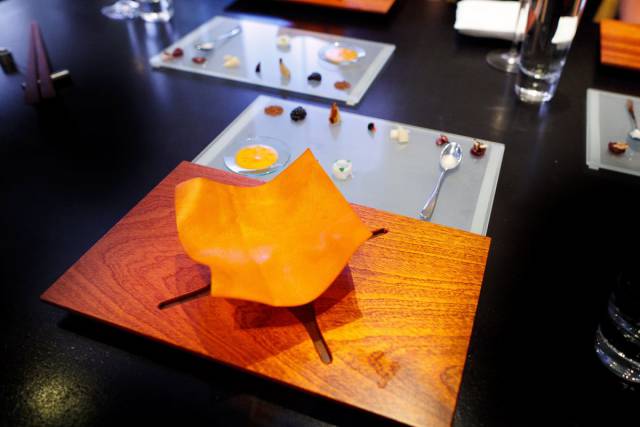 Short rib was then placed in the ravioli, and guests seasoned their own dish before eating it with their hands. Towels were provided afterward. Next, a single raviolo filled with black truffle stock was presented on a spoon, topped with Parmesan cheese, a lettuce leaf, and another thin slice of black truffle. 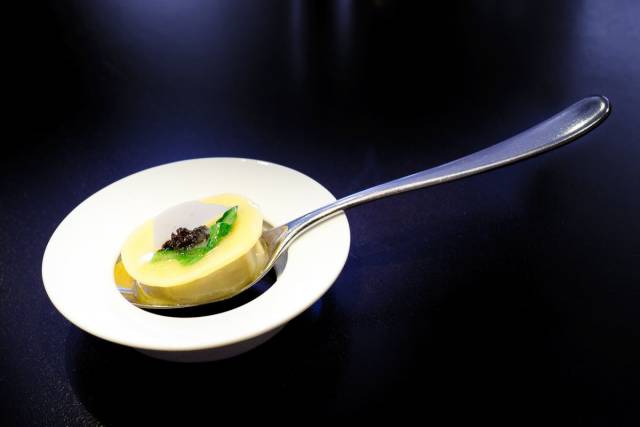 This is a 300-year-old dish created from a 100-year-old cook book, August Escoffier’s Le Guide Culinaire. Lamb sat atop two puff pastries with potato, and it was served on antique dishware. 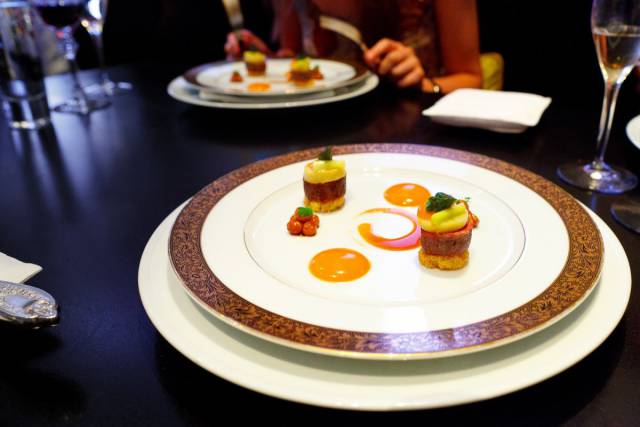 It was presented alongside a glass of Cedar Knoll Vineyard’s 2006 Cabernet. 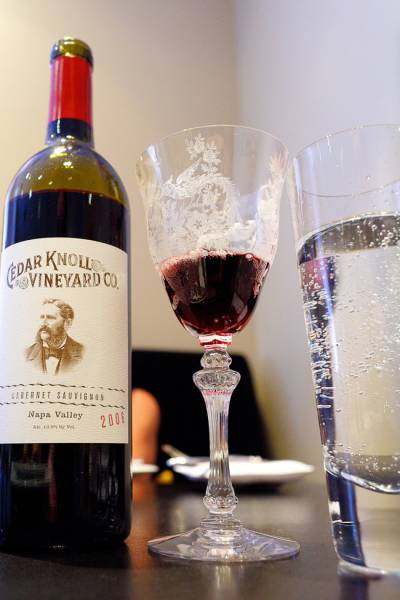 This was a palate cleanser made from liquid nitrogen-frozen yuzu. It resembled an ice cream cone upon arrival, and there was no way to rest the dish until it was finished. 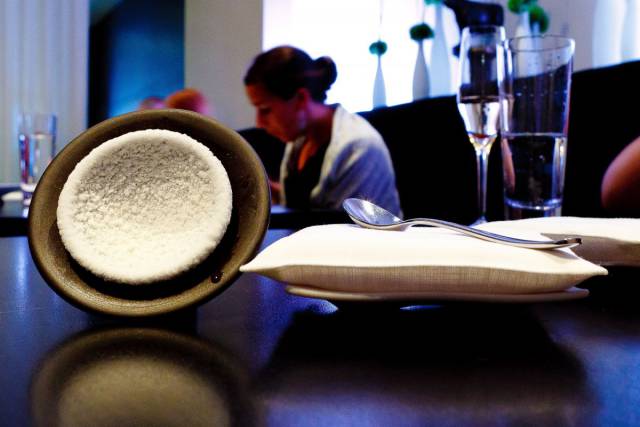 This sweet course was presented on a wood block of aromatic cedar. Sweet potato, pecans, cayenne cotton candy, and bourbon gelée mixed together for a woodsy flavor. 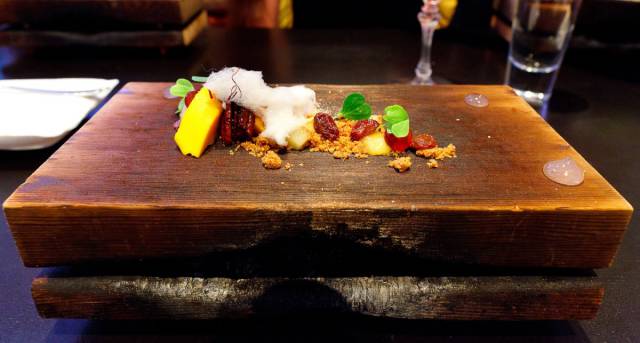 Diners then sucked down a glass tube filled with lemongrass, lime, cucumber, and a chunk of dragon fruit.

And then it was time for dessert. Chef Achatz himself came out of the kitchen to create the dish, served atop a rubber table cloth. 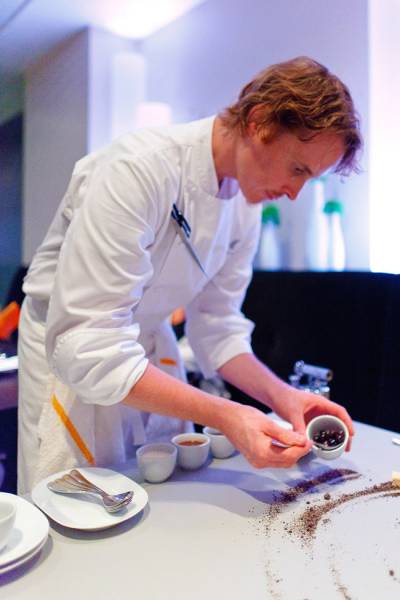 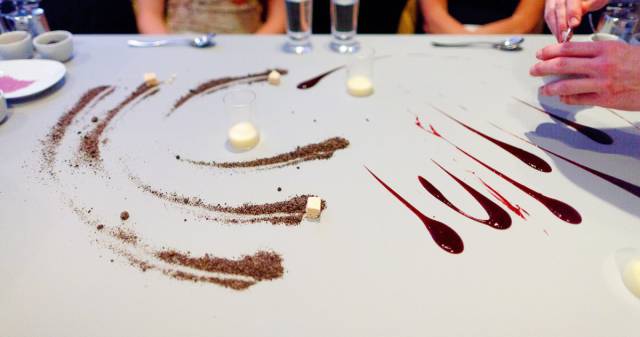 Guests were then encouraged to combine the ingredients so that each bite was different. Here’s the completed masterpiece.

Cancamuso 2 year s ago
And then everyone went to the effing McDonalds to eat. Because they were effing hungry.
Reply