Some Karen was beefing about a 25¢ off coupon. The coupon was for a 42 once bottle of something, but she wanted a 28-ounce bottle. The coupon was rejected when scanned, because, duh, there was no product to match it. There was nothing the cashier could do, but Karen just kept demanding 25¢ off.

Finally, the guy ahead of me in line marched up to the counter, slapped a quarter down, and said, “There’s your [email protected]#king 25¢ off, now pay your f#@king bill so the rest of us can go on with our days!” 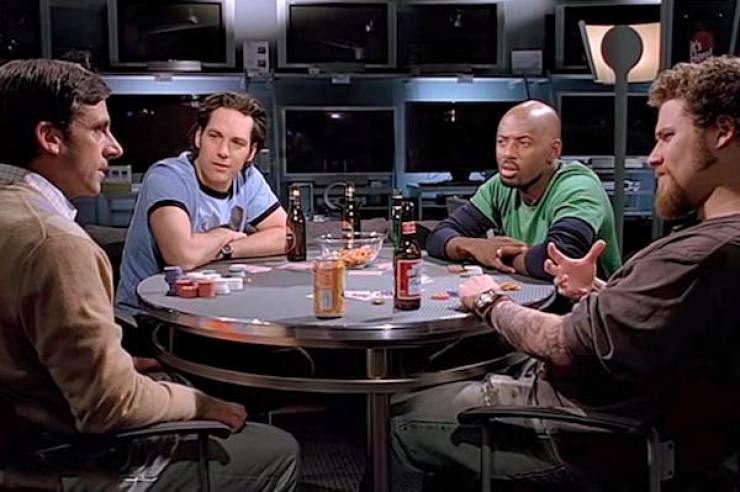 My location for work has 1k people being laid off in 5 weeks. We’ve basically started doing the bare minimum. We’ve been playing cards against humanity, and streaming tv shows. We do about 2 hours of work, then spend the next 7 [email protected]#king around. Speaking of, I got to go, I’m hosting the next game.

Someone’s girlfriend was cussing them out in the middle of a mall, this dude called up his mate and asked to get a ride home and left her speechless. Don’t know how that relationship ended up. 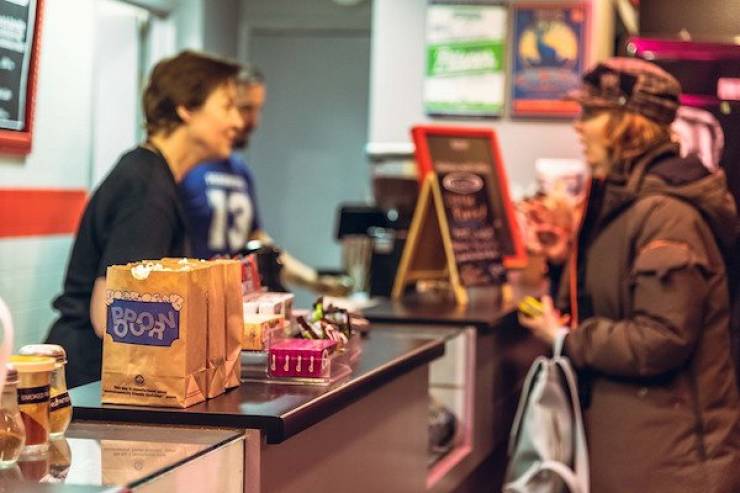 Back when I worked at a movie theater, one of my fellow assistant managers (Jack) had the constant attitude of not giving a [email protected]#k. He’d worked at the theater longer than anyone and was good friends with the general manager, so he got away with murder. One time this lady wanted a refund for a movie she’d finished watching. She was going crazy, screaming at us about how the movie was so inappropriate to be rated PG-13 and she couldn’t stand all the swearing in the movie. I kept calmly trying to explain to her that since the movie was already over we couldn’t give her a refund, our policy clearly stated no refunds after 30 minutes into showtime. She’s not hearing it, and looks to Jack now, like he will give her the answer she wants.

He starts saying the same thing I did, and she interrupts him again with her yelling about how she couldn’t stand all the swearing in the film. Jack rolls his eyes and just says “Well, that’s just too [email protected]#king bad” and walks off. Cue stunned look on my face and the lady’s.

One of my high school teachers was just before retirement. I remember on the day of the final exam he handed out the test papers, then sat down at his desk and read the newspaper. With it opened up all the way in front of him. He couldn’t see us and vice versa.

The smart girl in front finished first and just passed her paper back. It went all around the class. Not the first [email protected]#k was given by him on that day. 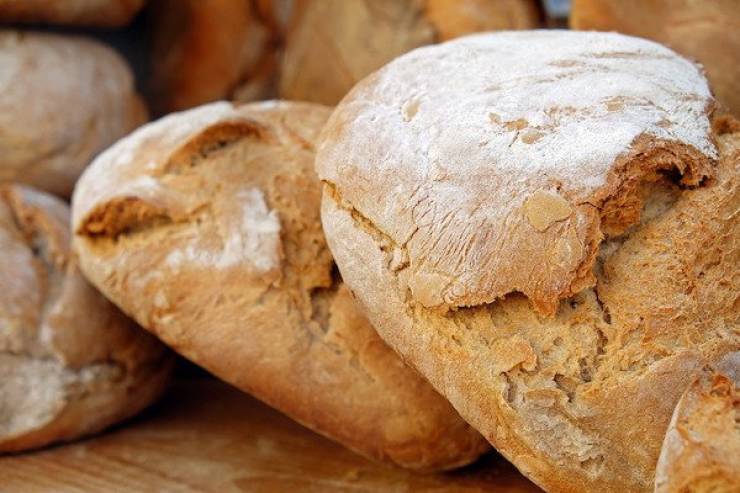 I got stuck in front of a seat kicker years ago. Not quite the same reaction from the mother or flight attendant but just as useless. When we landed I went to get my stuff from under the seat and I find a kids shoe there. I stuck it in my bag. As I’m getting off the flight they’re still looking for the kids shoe, which was going to be pretty hard to find since I tossed it in a trash can. I might be going to hell for stealing some kids shoe in a petty fit of revenge but it felt good at the time.

Worked a [email protected]#tty fast-food job when I was 15. Girl I worked with got fired. The manager was a real witch says to her as she’s escorting her out of the building that she needs to return her work shirt cleaned. Girl whipped it right off and threw it at her, walked out to her car in her black bra and drove off. Damn I wish I’d got her number. 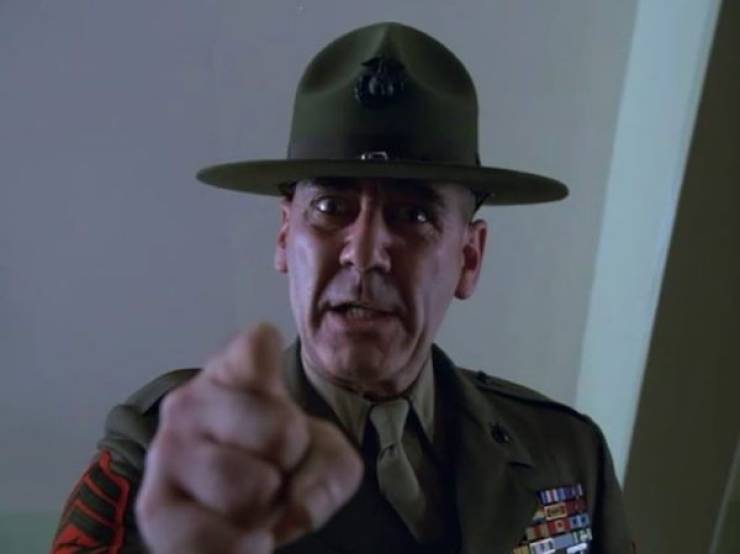 Little bit late but at Air Force basic training when you first show up you’re either in civilian clothes or the uniform with sneakers (because they don’t want to [email protected]#k up your feet I guess) and are affectionately called “sneaker weekers.” While at chow if the table behind you gets up, you need to get up and leave regardless if you’re finished. If two tables behind you get up you’ll be swarmed by MTIs and have them scream in your face until you do get up.

I had just put my tray back and started to walk out when I look back and see one lone sneaker weeker by himself in a row of 5 or 6 tables, surrounded by 6 MTIs. Kid is staring straight ahead and just eating his food one spoonful at a time while the MTIs scream in his face. Finishes his food, sets his spoon down, picks up his drink and just slowly finishes his water, turns his glass over puts it down, picks up his tray and walks up to put it away while still being screamed at by 6 MTIs. Kid is walking out and I realize everyone in the room is staring at him.

He has no emotion; no fear, no smirk, nothing as he walks out of the chow hall.

I was in line at a coffee shop and the lady was complaining that they didn’t have organic milk and without a word or hesitation the guy behind the counter just said “next please” not even taking her order. 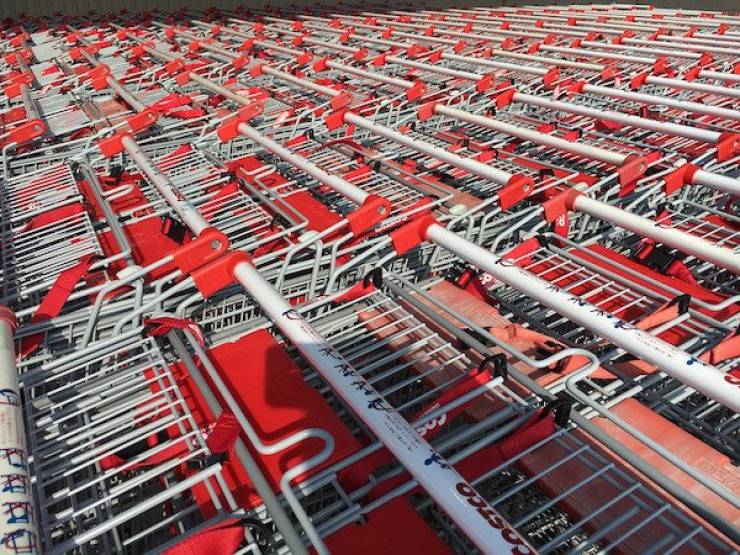 At Costco this older gentleman was screaming at my Boss because apparently all the handicap parking spots were occupied. My Boss ask for his information so he could write a complaint (we had little forms for that, nothing really official mostly to shut up people).

-“Well that it’s then.” My Boss then put the little form in the garbage can and walked away. The old man was stunned.

I was at a restaurant recently. While I was waiting for my friends to arrive I noticed a couple a few tables away. The lady was going on and on (I couldn’t hear the exact words). But it was pretty obvious that they were having a heated argument where she was apparently scolding her SO. And the guy was just sitting there having an occasional spoonful of his desert.

Exactly three minutes in he just stands up and walks away. He goes out of the restaurant gets in his car and drives away (I was sitting at a table near the window facing the street). And the woman was in absolute shock. The look on her face was priceless. I mean I shouldn’t judge their relationship without context but the guy sure didn’t give a flying fart about what happened next.

My autistic friend was getting an interview for a second restaurant job. The chef doing the interview asked this question and got this response:

“I could be the biggest a$$hole when things get heated. How do you feel about that?” 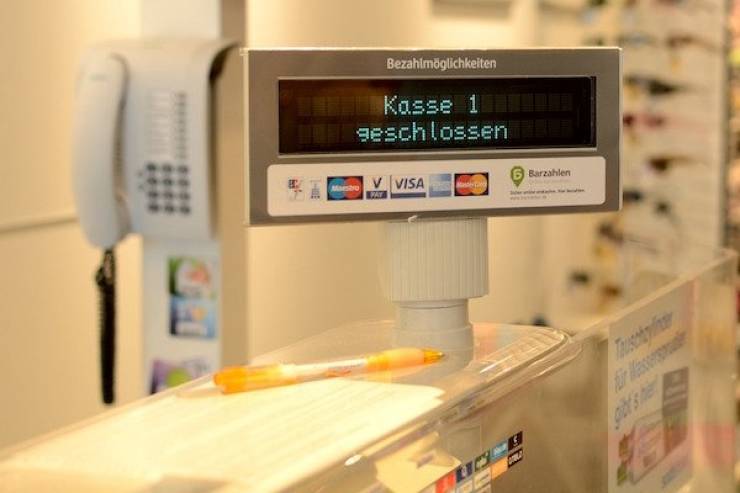 My cashier in Amsterdam was literally just taking my groceries and sliding them across but not scanning them and then putting them into my bag. She scanned the last thing for like, 2 euro and goes “that’ll be 2 euro”. She did not give even half of one f#$k.

My ex-boss had a customer throw her money on the counter when my boss CLEARLY had her hand already out waiting to be given the money. so when my boss went to give the change, she just threw it back. Coins went everywhere but the look on the lady’s face was priceless.

I was training a new bartender at this fairly upmarket restaurant nightclub. She’d previously worked at a dive bar for students. Second night into her training the two foot long rubber shots mat with the Red Bull logo on it disappeared off the top of the bar. My trainee went around the other side of the bar to look for it, thinking it had fallen off. Next thing I know she’s pulled it out of the back of a dude’s pants and slapped it back on the bar. She then grabbed him by the upper arm, spun him around so that he was bent over the bar and spanked him on his bum, I mean really walloped him while telling him off loudly for being a “stupid [email protected]#thead”.

And then she returned to the bar and washed her hands to “get the stupid off of her”. 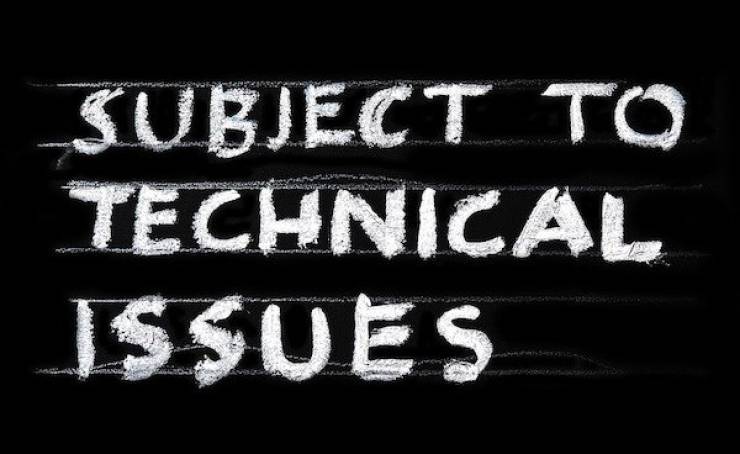 In college, we had this prof for physics who liked to pick on a few students, basically me and a few others. We had an exam, and he would take off major points over trivial items. Cases were people were getting the correct answers but he didn’t agree with our work, [email protected]#t like that. And we’re talking getting 2/20 on a question, which pretty much [email protected]#ks you over.

After insulting us the prof gets up and solves a problem on the board, and made a trivial mistake, the kind of one that nearly caused us all to fail his class. One of the guys gets up, writes “F” on the board, flicks him off and walks off. Truly the hero we need.

Work in geek squad, another agent was really upset that day and had a rough patch of a few clients who were really mean and extremely rude to him, after bearing through them and after about a 10-minute break he helped another client, their first words were “alright, best buy gave me a [email protected]#t product that broke after 6 months and I want you to fix it right now” which he explained that there’s a process and he couldn’t fix it right now and the guy cut him off and said “I don’t care, get it done.”

Well, he sat there for a second quiet.. and took off his badge, slapped it on the table, yelled “[email protected]#k you”, then started walking towards the front door with middle fingers up pointing at everyone then said “and [email protected]#k this place!”. And walked out.

Haven 1 year ago
We all love these kind of stories. That’s why Trump is a hero. He’s not a lifetime politician and just doesn’t give a flip.
Reply
-1

Because 1 year ago
and that's why he has such a following... time will tell if that's a good or bad thing..
Reply
0

Delight 1 year ago
love the bs stories here. and the one from the Hotel stay(air) force.
Reply
0

Tymusz 1 year ago
#14 why is there a german register when the story is about amsterdam?
Reply