The 2004 cult classic first premiered at Sundance before gaining wild success worldwide. Learn all about the crazy production, hilarious actors, and more!

Jon Heder was initially paid $1,000 for his role as Napoleon. Jon renegotiated his contract after the movie became an international success and was given a sizable paycheck. 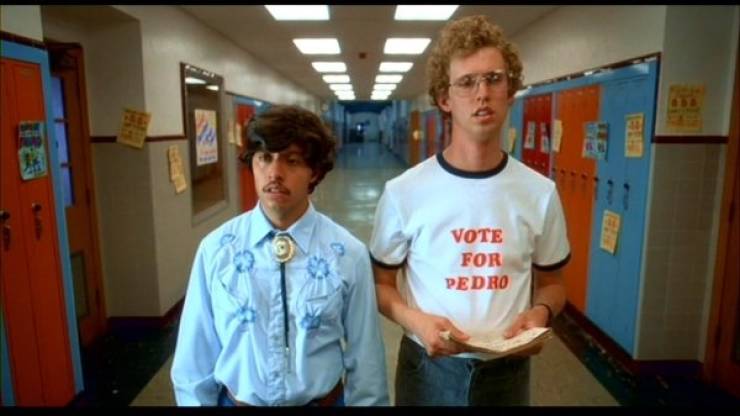 Though playing high schoolers, Jon Heder was 27 years old and Efren Ramirez was 31 while filming.

The whole film was shot in 23 days. Director Jared Hess cast many of his friends as actors, including Jon Heder (Napoleon) and Aaron Ruell (Kip) while relying on the Idaho locals to help get the film finished.

Hess reflected on the filming process, “We shot it in 23 days, so we were moving very, very fast; I just didn’t have a lot of film to be able to do a lot of takes. It was a bunch of friends getting together to make a movie. It was like, ‘Are people going to get this? Is it working?'” 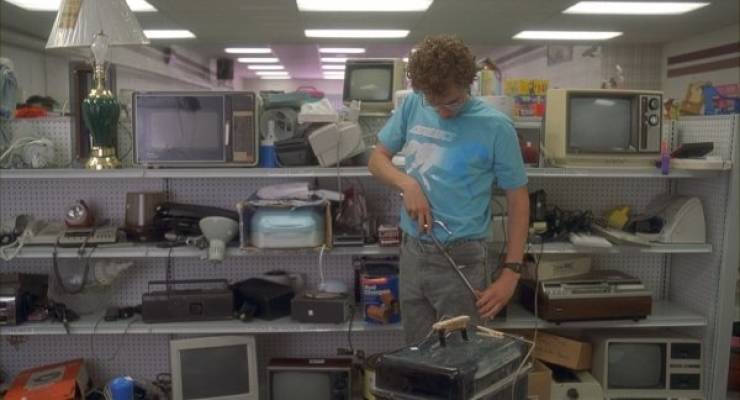 The first scene filmed during production was Napoleon walking around the thrift store. This is one of Jon Heder’s favorite scenes. 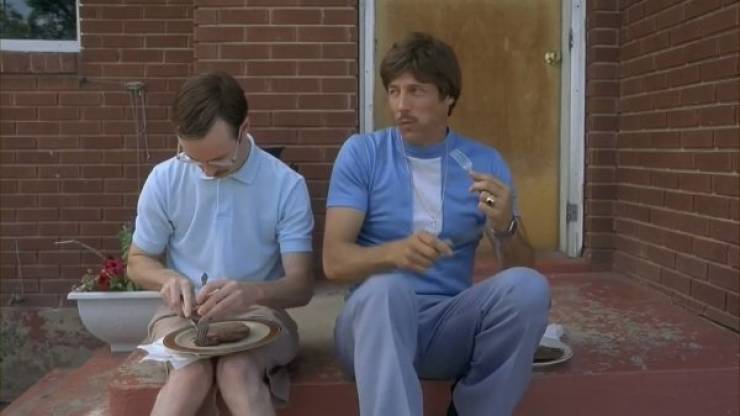 Jon Gries, who plays Uncle Rico, didn’t like that his character was so obsessed with steak because the actor is a vegetarian.

Jack Black was almost cast for the role of Rex, but it went to Diedrich Bader instead. We couldn’t imagine “Rex Kwon Do” without him. 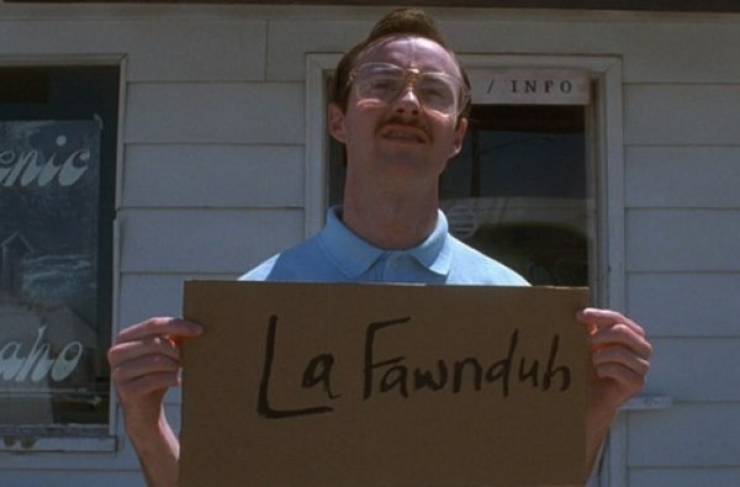 Aaron Ruell, who plays Kip, got braces just for his role in the film.

Preston High School in Preston, Idaho was used as the school filming location. Preston High actually started a Happy Hands Club after the movie was released. 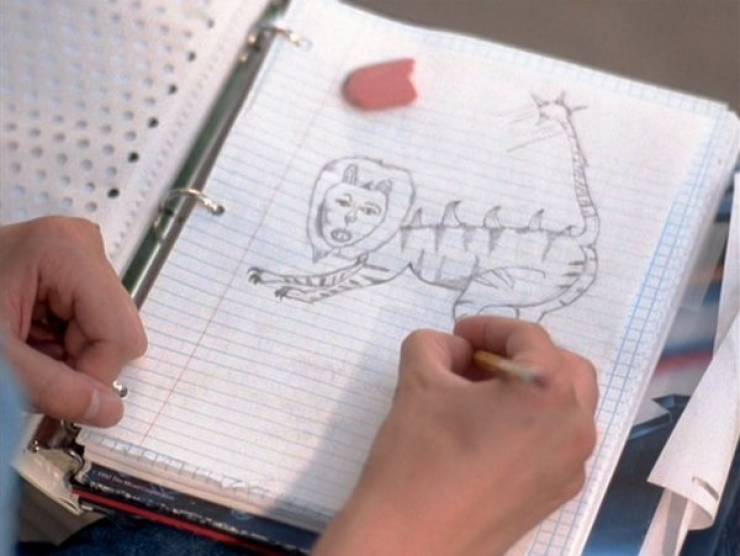 All of the drawings that appear in the movie were drawn by Jon Heder. Except for the unicorn. 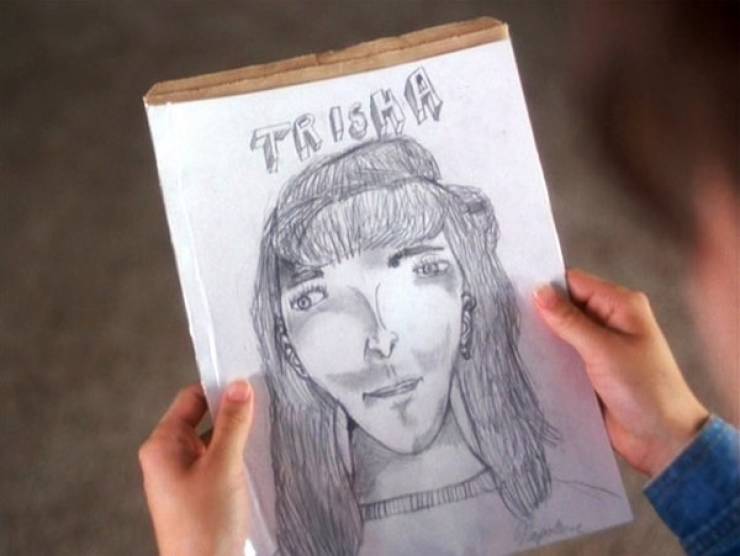 The drawing of Trisha took him the longest, which was about 30 minutes. 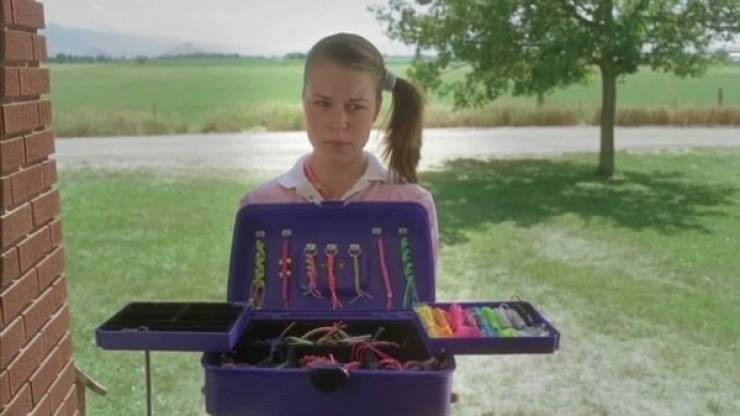 Jon Heder helped make the plastic keychains in between takes for the door-to-door scene. 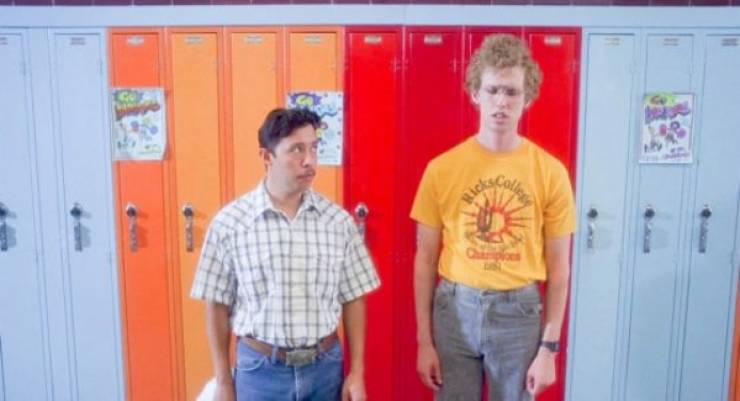 Actors Jon Heder and Efren Ramirez are both identical twins in real life. 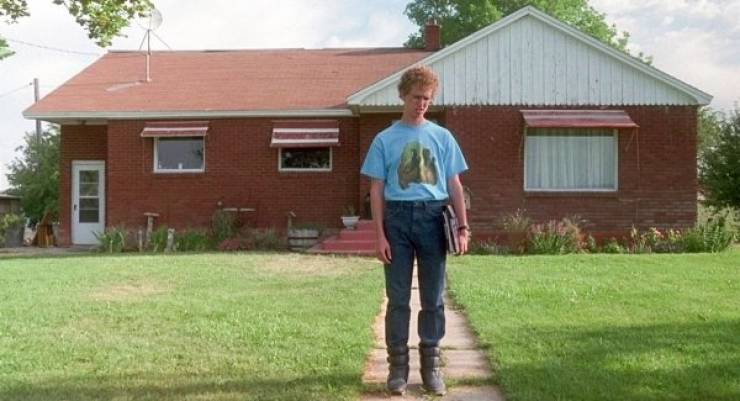 By the end of filming, Napoleon’s Moon Boots were falling apart and covered in duct tape. 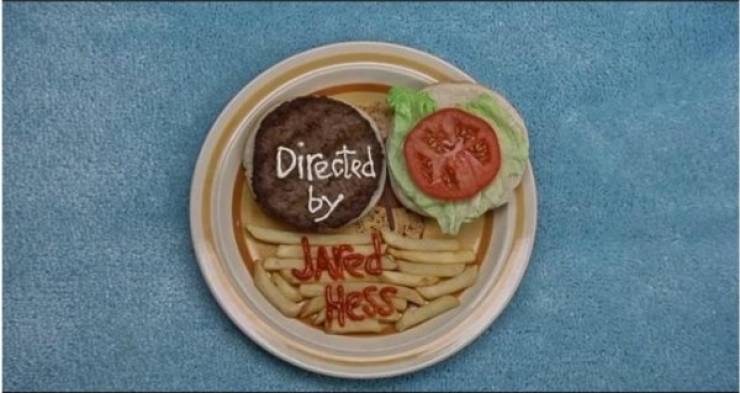 Napoleon Dynamite didn’t have film credits when it premiered at Sundance Film Festival. The famous food credits were shot in the director of photography’s home and each piece was designed by Aaron Ruell, who plays Kip.

The street in Preston, Idaho where Napoleon’s house is located was later named Napoleon Dynamite Lane. 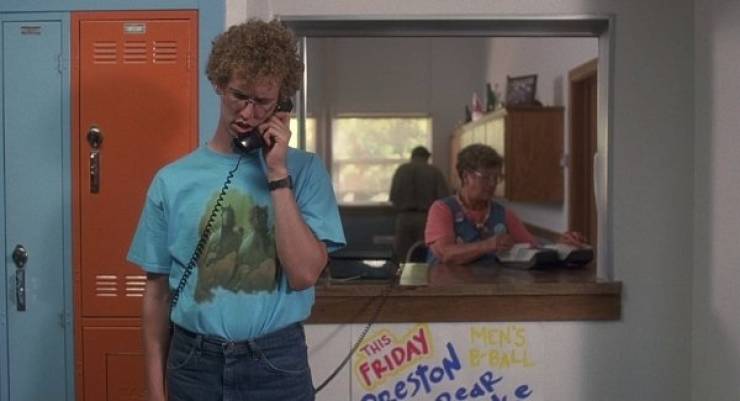 Many of the scenes in the movie were based on things that happened to writer Jared Hess. One time his little brother actually called him from school to ask for his chapstick. 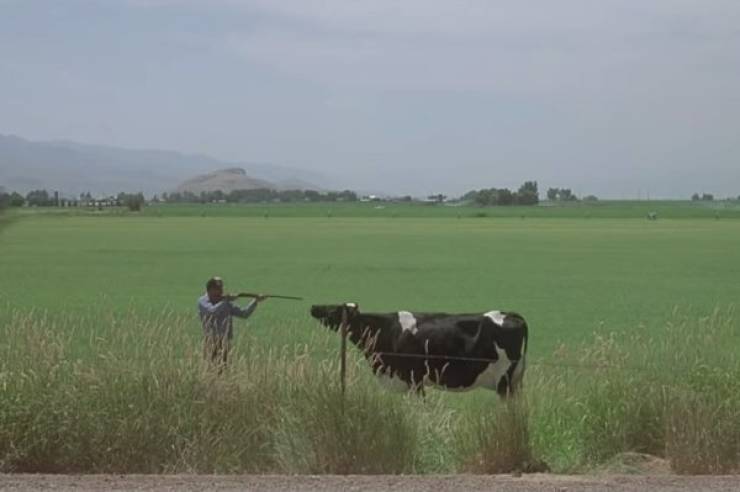 The scene where a farmer shoots a cow in front of the school bus was also based on a real story from the director’s childhood.

Jared Hess drove Pedro’s sledgehammer bike to and from the set every day of filming.

“Tina, you fat lard, come get some DINNER!” is the quote that Jared Hess hears the most when he runs into fans.

Jon Gries, who plays Uncle Rico, actually hit Jon Heder in the head with a football so hard that it gave him two black eyes.

Jon Heder didn’t take much from the set, but proudly displays the unicorn crossing sign in his house now.

The budget for the film was $400,000. Napoleon Dynamite went on to gross over $45 million worldwide.

By the time the crew got to Napoelone’s dance number scene, the entire production only had 10 minutes left to film. Three takes were done and the final product is a blend of these.

Raccoon 5 month s ago
I think they mean each has a twin. These two are each other's twin.
Reply
3

Undetectable 5 month s ago
Sounds like others were puzzled over this twin thing like I was. They should have said that each of them "HAS a twin".
Reply