"I was working in retail in high school when someone came and dropped off a paper application. In the section about criminal history they checked yes they had prior convictions. In the space provided to state what the legal issues were they simply wrote “rong place rong time”. We kept that application around for a while."

"Saw a resume that, under the education tab, went from “Marine Officer Training School” to simply “Clown School.”

Not even the specific one, just “Clown School.” "

"Had a chef once apply with, “good at helping my coworkers thieve whilst the restaurant is at its busiest.”

I’m sure he meant thrive but us chefs aren’t to be trusted. "

"I received a resume that was just their highschool football accomplishments, no other experience written down. There was even a link to his highlight video. He also included a head shot of him in his football pads. He was 24."

"Hiring for a convenience store in the US, so we always scraped the bottom of the barrel and hired anyone who showed up to the interview. In this particular region, meth was so rampant that we drug tested potential employees. I did the interview, gave the kid the urinalysis kit to bring to the clinic a block away, called the clinic and said you can expect him shortly to administer the piss test. He never showed at the clinic. Didnt answer his phone."

"He came back to the store a week later, proudly holding a cup of urine that he was there to turn in. I asked him politely to please take the cup of pee out of my store and to never return. He looked confused. I then asked him why he didn’t go directly to the clinic after the interview. He said he wanted to wait till he could pass the drug test! God bless his simple heart. "

"In the cover letter: “I have a 2011 Toyota Corolla” and “I keep things organized with STICKERS!!!” Caps and multiple exclamations and all. "

"Different girl ignored the instructions to apply online, showed up in jeans and a baseball cap, asked if we were still hiring and when we said yes, she threw her arms in the air like Vanna White on Wheel of Fortune and shouted, “here I am!” My coworkers said the look on face was priceless. "

"An applicant for a job as a paid tenor soloist in performing a series of Bach cantatas was asked:

Please list sacred choral works (including cantatas) for which you have served as tenor soloist.

He responded: “None. But I can sing “Shotgun Willie” in the style of Willie Nelson.” "

"I had someone bring in a resume that was scrawled out on notebook paper ripped from a spiral bound notebook and they didn’t even tear off the edge so it was clean!

This was for a high level position. They wore a suit, carried a portfolio (which I assume had a spiral notebook in it) and never offered a word as to why they jotted down a resume in the parking lot."

"I was interviewing an external kid in his early 20s for an entry level stocking job. I asked one of the stock questions “Give me an example of a time you had a disagreement with a coworker?”

He goes into a story about some trivial argument where he and another coworker ended up getting into a fist fight at an A&W Resturaunt. I felt kind of bad that he thought I that was an OK story to tell at a job Interview. "

"Whenever anyone gets an interview to work in my department, our whole team looks over their resume and can ask the applicant questions. There was a guy who applied for a mid-career position and had a few connections with some higher ups in our company.

So they immediately scheduled an interview for him without actually reviewing his resume. When our team looked at his resume, he had it titled “Why You Should Hire Me” and had a bunch of run-on sentences and misspelled words. Our team was confused and thought he made a mistake. Apparently, he thought he had the job because of his connections, so he didn’t take the whole applying process seriously. He didn’t get the job."

"I was interviewing internal candidates for a job at our location. The job posting asked for your last review and a letter of interest, basically a cover letter.

We have computers and printers available for any employee to use but one woman in her 40s, pretty intelligent, decided to hand write her letter of interest on a scrap piece of 5”x7” ripped paper. WTF? The kicker was she wrote in the letter something like “I bet nobody else took the time to write a personal hand written letter.” "

"I worked for a small company, and this resume got passed around. Turns out it was someone I’d worked with at my previous company.

He was claiming to be the lead developer on a project that I wrote from the ground up with one other person (not him).

I told my boss that we should interview this person for entertainment value only, and why. So we did. I left people with the gotcha questions to ask, and he tried to [email protected]#t his way through each one. I was the last interviewer, and the look on his face when I walked through the door was priceless."

"I had a job posting out and a potential candidate reached out to have a chat about the role (senior management position). I told him my calendar was up to date and to book me.

He booked me for 1pm the following day with his phone number in the “location”. At 1:02pm I call his number. He was waiting for his food at a burger place.

So we’re chatting, he gets his food and says “I’m going to crush this burger while we talk.”

He was shocked when he didn’t get a formal interview."

"Not so much an answer, but I’ve seen a shocking amount of resumes and applications with really awkward and unprofessional email addresses. Before being a position where I reviewed resumes I never would have thought so many people would provide and email address like “baddest_b#tch420″ or sexymama_69” to a potential employer, but a lot of people do. "

"I wasn’t necessarily an employer, but i was a manager of a small restaurant. The owner valued my input but i couldn’t hire or fire anyone without his permission.

I had a kid bring in his application, and i guess he was making jokes and forgot to fix it. Under “expected pay” he wrote “minimum [email protected]#t”.

He was hired and he was not a good fit. "

Creepiest answer: "In an interview with a candidate that a newbie failed to do a thorough phone screening on I asked why he was looking for a new role. The candidate seemed to avoid the question so I asked why he had left his last company. He said that he had been let go because he was stealing ‘used’ panties for his ‘collection’. Okay then. " 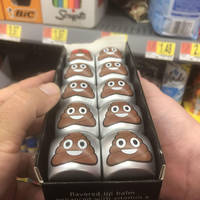 Belinda 6 month s ago
You know what Izi...it would be easier to read the text if you wouldn't include those gifs.