Famous Male Celebs Back When They Were Younger (19 PICS) 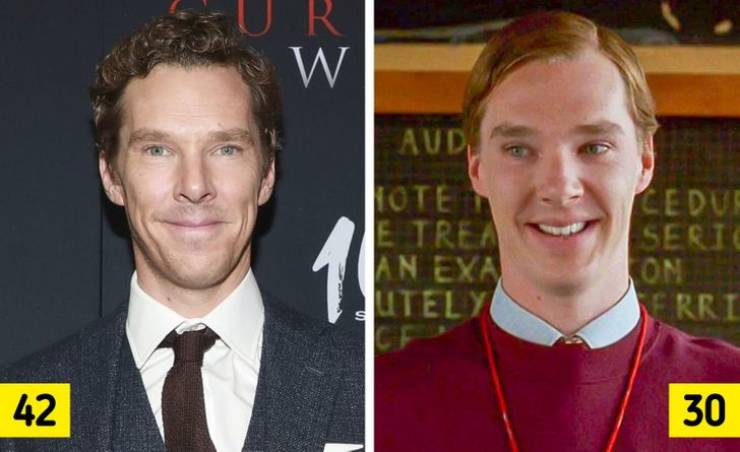 Before starting his acting career, Benedict Cumberbatch went to Asia where he settled in a Tibetan monastery and taught English to monks. Then he returned to London where he started to master his acting skills — first, at the Victoria University of Manchester, then at the London Academy of Music and Dramatic Art. 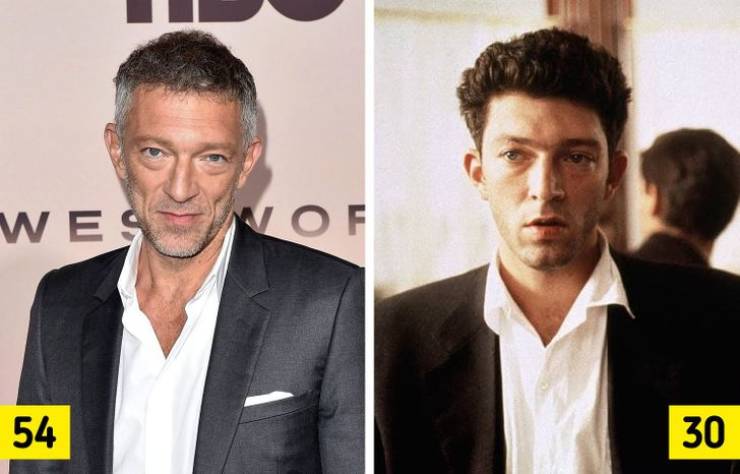 Director Mathieu Kassovitz noted young Cassel’s talent during their work on the movie Métisse and offered him the main role of a guy from a Parisian ghetto in his drama La Haine (1995). 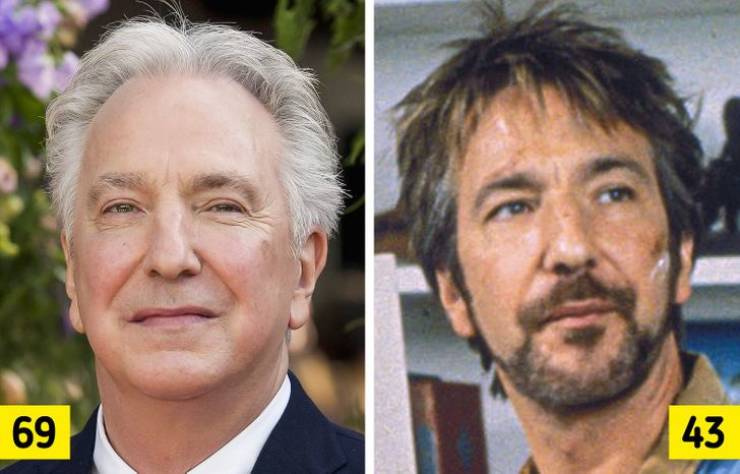 Alan Rickman debuted on the big screen at the age of 42 in Die Hard where he worked together with Bruce Willis. The role of the antagonist brought Rickman world fame. Before this, he was famous only among English theater-goers. 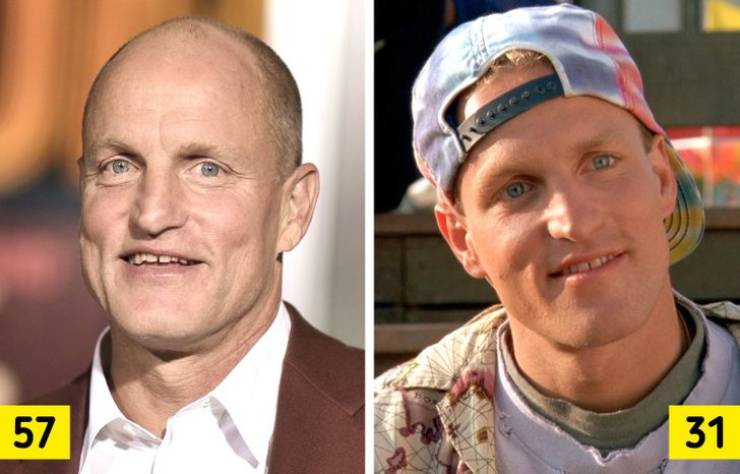 Woody Harrelson appeared on TV screens in 1985, in the fourth season of the Cheers series. It’s thanks to this role that he got famous. However, Harrelson dreamed about a career on the big screen. From 1991-1994, he appeared in the movie Doc Hollywood, and then in the flicks, White Men Can’t Jump, Natural Born Killers, and Indecent Proposal. 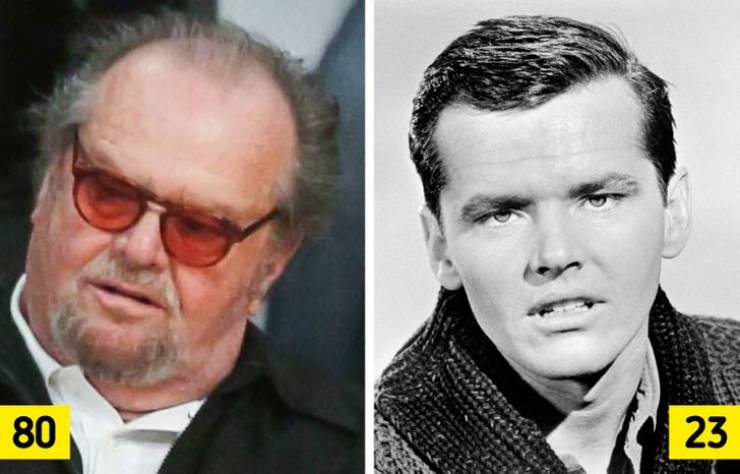 Jack Nicholson dreamed of becoming a popular actor. After graduating from school, he moved to Los Angeles where his talent for being an illustrator was starting to be noticed. However, Nicholson slowly removed himself from this line of work and continued to move toward his goal. After 4 years, he got the main role in Roger Corman’s movie — The Cry Baby Killer. 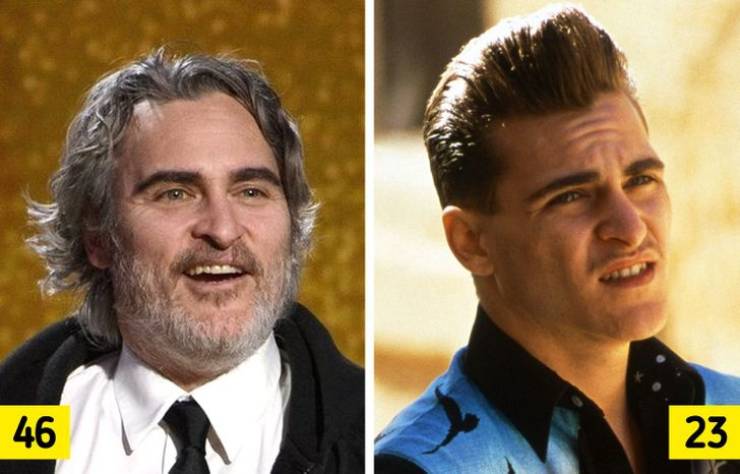 At the beginning of his acting career, in the ’80s, Joaquin mainly played in TV series episodes and in movies. He gained world fame in 2000 with the release of Gladiator. Phoenix played a bright and diverse character — the Roman emperor Commodus. After this work, he started to take part in many big projects. 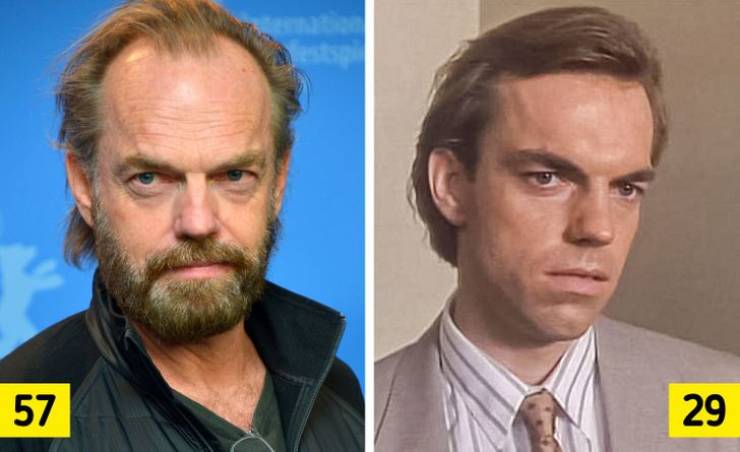 Hugo was born in Nigeria to a British family. One year after his birth, the Weavings returned to Great Britain. There, he became interested in theater. After another move (this time to Australia), Weaving entered NIDA — National Institute of Dramatic Art in Sydney. 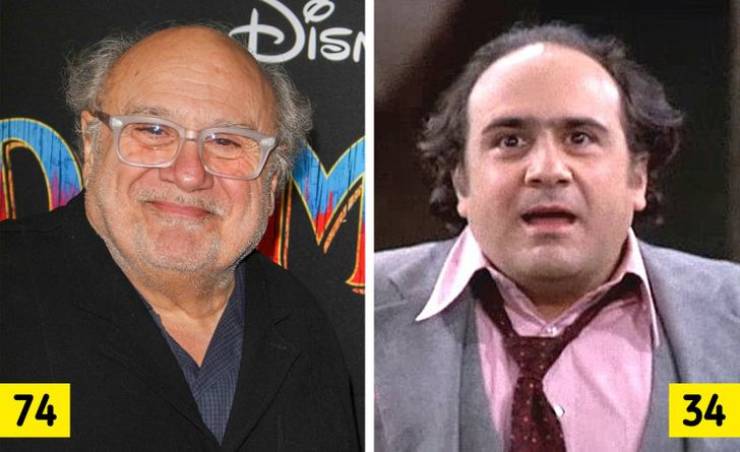 In 1975, DeVito played a patient from a mental hospital in Miloš Forman’s movie One Flew Over the Cuckoo’s Nest. By the way, DeVito and the actor who played the main role, Jack Nicholson, have known each other since childhood. Their families owned a barbershop in New Jersey. 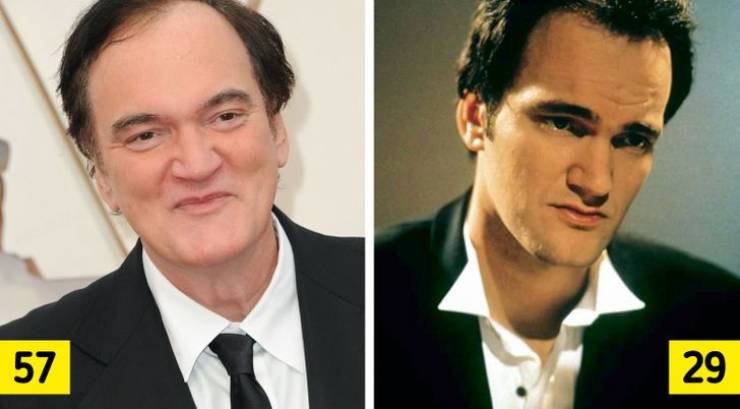 It seems that cinematography has always been in Tarantino’s life. His stepfather encouraged his interests and they often went to movies together. At the age of 14, Quentin wrote one of his first scenarios Captain Peachfuzz and the Anchovy Bandit. At the age of 15, he worked as an usher at an adult movie theater in Torrance. Later Tarantino attended acting courses in the theatrical troupe of James Best, where he met some of his future colleagues. 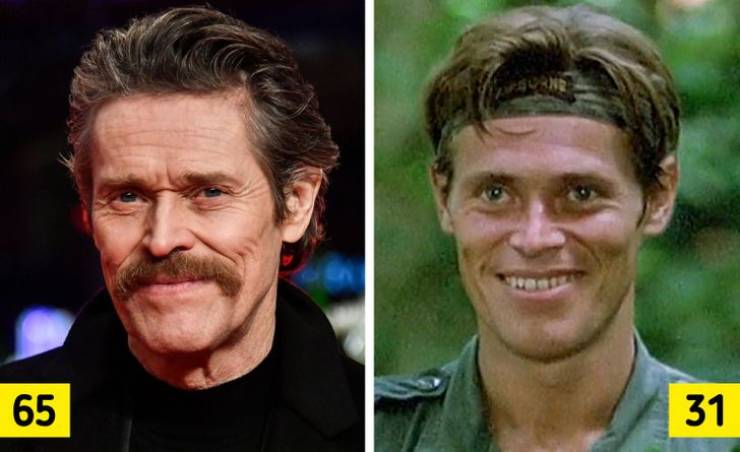 Having graduated from school and having given up going to university, Dafoe started touring with an experimental youth theater. After 4 years, he started to make efforts to become a movie actor. Refusals, minor roles in series, and other difficulties didn’t stop Willem and he gained enormous success in Oliver Stone’s flick called Platoon. Dafoe got his first nomination for an Oscar for his role as Sgt. Elias. 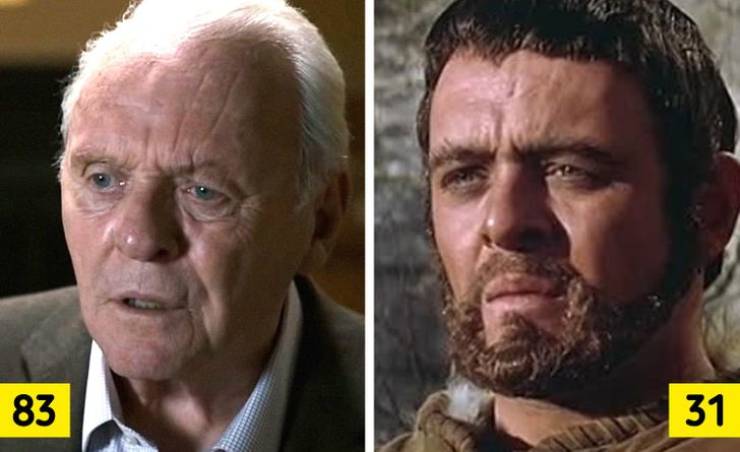 Anthony Hopkins started his acting career in theater but he was always dreaming about the big screen. That’s why he moved to Hollywood from London, with the role of Richard in the movie The Lion in Winter, as well as roles in several other movies, in his arsenal. 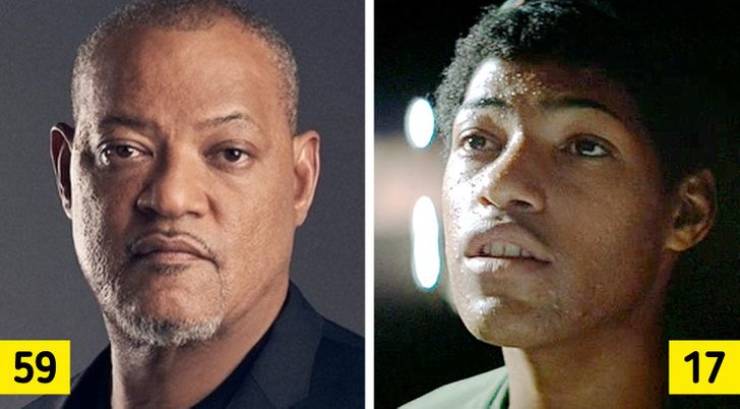 Fishburne played a cocky 17-year-old Gunner’s Mate in the military drama Apocalypse Now. At the start of the shooting, he was only 14 years old but he lied and said he was 17 to get the role. The shooting was so long that at the time of the movie release, the actor was already 17. 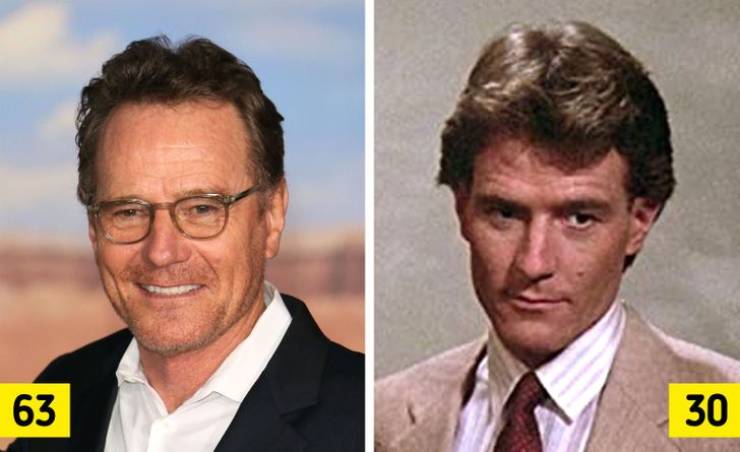 Cranston started out with intentions to work in the police or the priesthood, which slowly evolved to shooting in commercials, minor roles, more significant appearances in films and TV series, then finally, his role in the cult series Breaking Bad — Bryan Cranston’s path can serve as an excellent example that one should never give up. 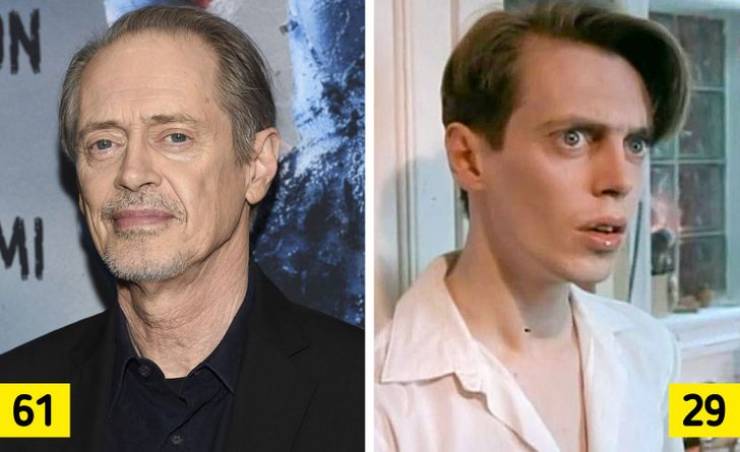 Buscemi didn’t become a movie actor right away — he took part in student plays, wrote scripts himself, and set the plays. After a series of minor roles, Steve Buscemi got into the Coen brothers flick called Miller’s Crossing. After the success of the movie, he acted in 4 more Coen movies. 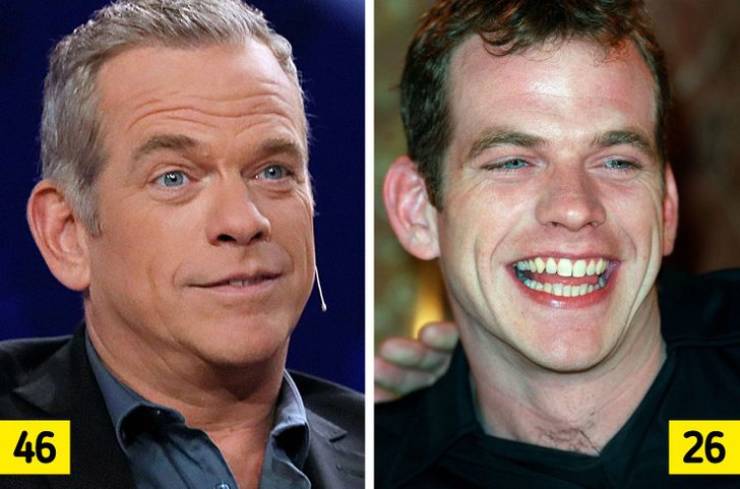 Garou learned to play the guitar at the age of 3. During his service in the army, he founded a band called Untouchables. In 1997, Luc Plamondon happened to visit one of their performances. He invited the young man to play the role of Quasimodo in the Notre-Dame de Paris musical, which brought Garou fame — first, in France and then around the entire world. 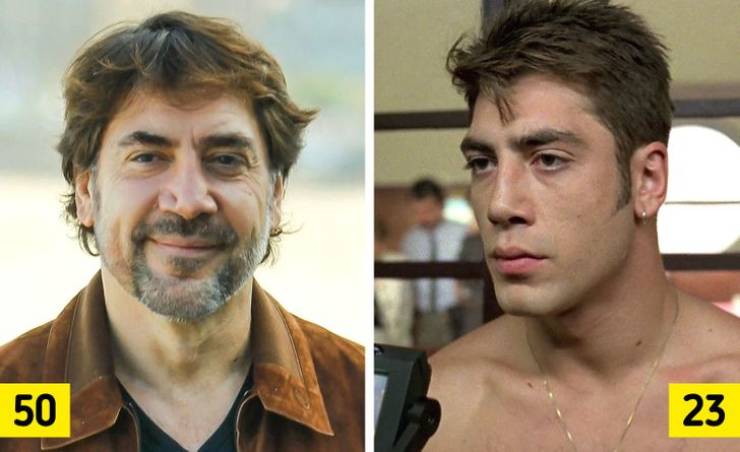 Bardem debuted in the cinema at the age of 21, having played a small role in the movie The Ages of Lulu. The director Bigas Luna really believed in Javier’s talent and invited him to play the main role in Jamón Jamón where the young actor was a ham merchant and a male model advertising underwear.

Before starting his acting career, Hinds was professionally involved in Irish dances and was studying to become a lawyer. However, his love for the theater and cinema turned out to be much stronger — he traded law school for studying at the Royal Academy of Dramatic Art, which he successfully graduated from in 1975.

Apart from 12 million musical albums sold around the world and several Grammy Awards, Marc Anthony has played in movies like Hackers, Bringing out the Dead, El Cantante, In the Time of the Butterflies, etc. 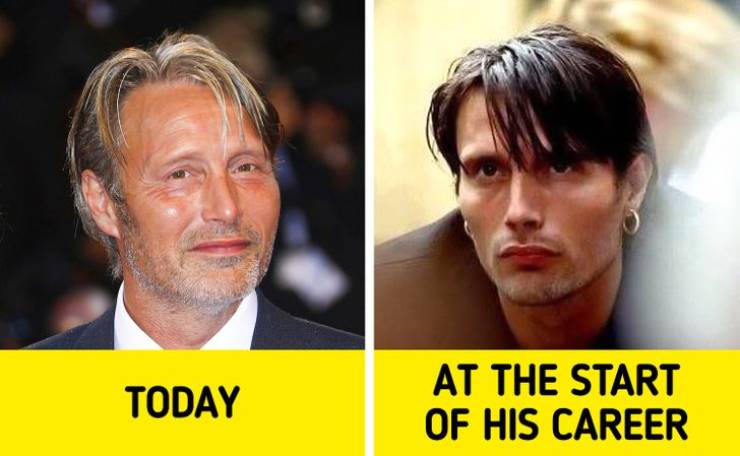 Mads decided to become an actor following the example of his elder brother. However, it didn’t happen overnight. He got his theatrical education in 1996 as a 30-year-old man. Before this, Mikkelsen was professionally involved in dancing.