Some Healthy Foods Have More Sugar Than Desserts (15 pics)

You will be surprised that what is considered to be 'healthy food' may contain more sugar than some desserts. So, watch what you eat folks.

In fact one can expect only 5 grams of sugar per Krispy Kreme glazed donut, but a travel cup of Vanilla Activia has 21 grams of sugar. 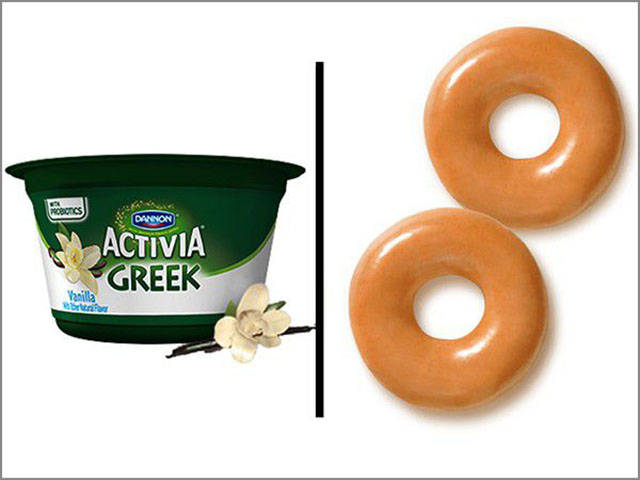 A Fruit Cup vs. a Pudding Cup.

The fruit cup out sugars the dessert 15 grams of sugar to 13 grams. 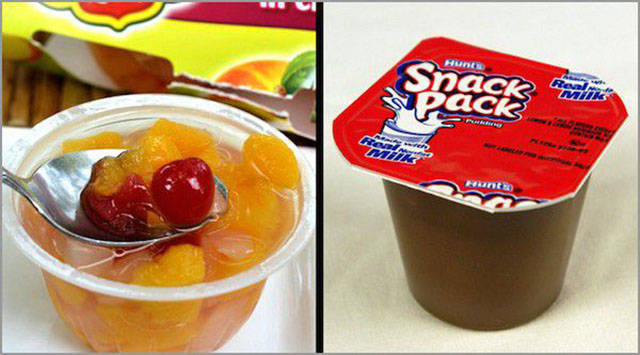 Not even close. The Snapple has 46 grams of Sugar. The Dippin’ Dots a mere 19 grams by comparison. 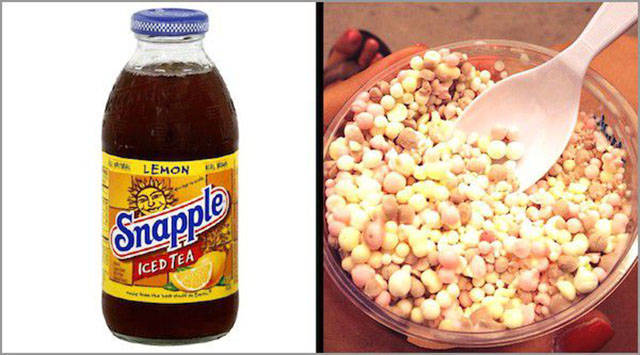 It is a lot closer than one would expect or really hope when drinking something that is advertised as a health product. The Naked juice has 53 grams of sugar. The Frappuccino, 52 grams. 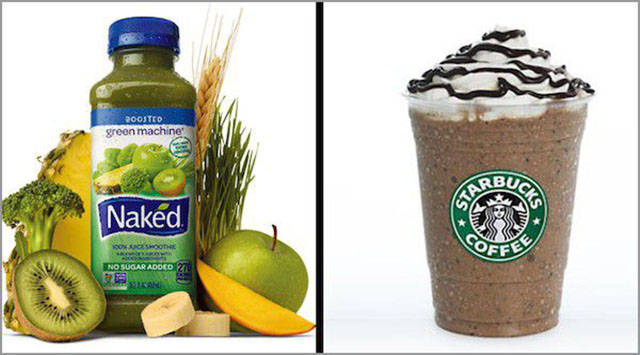 It’s hard to think of a Cliff Bar as anything but candy after you find out it has 24 grams of sugar, and the Kit Kat only 21. 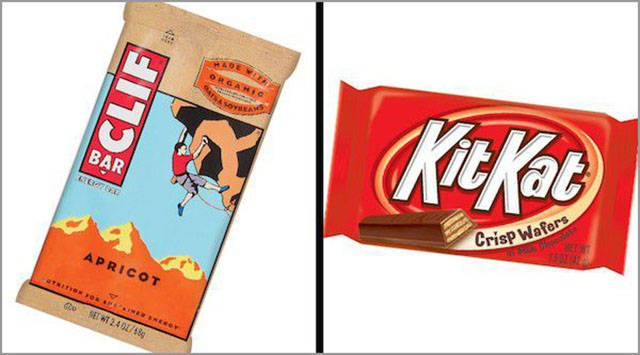 A handful of Craisins vs. a slice of Cheesecake.

The Craisins hit 29 grams of sugar and the Cheesecake, just 21 grams. 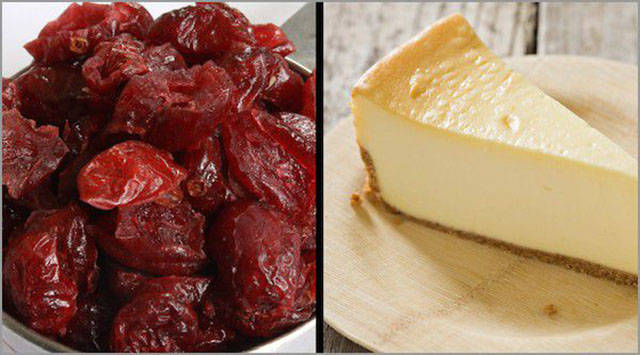 While lemons may be naturally healthy, a ton of sugar is added to make them palatable. 67 grams in fact per bottle vs Dr. Pepper’s 64 grams. 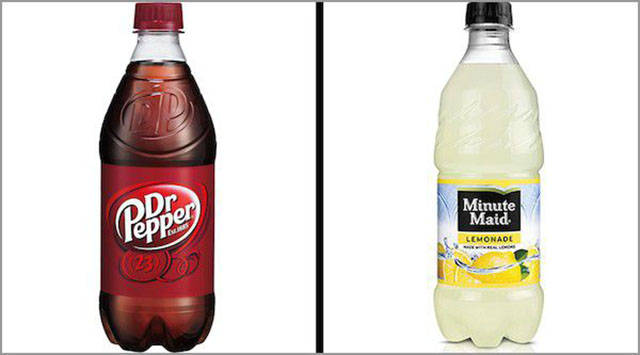 A Reduced-Fat Blueberry Muffin from Dunkin’ Donuts vs. A Hostess Cupcake.

Visually, you can see the sugar on one of these muffins. Might as well call it a blueberry cupcake since it is drowning in 40 grams of sugar while the Hostess cupcake has only 21 grams. 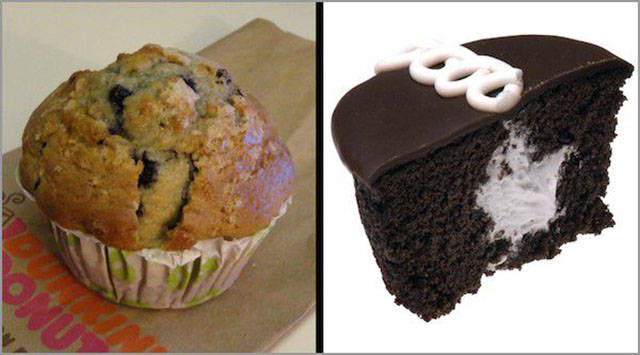 A Peep vs. A Cup of Pasta Sauce.

You may not taste it but most store bought pasta sauces have a lot of sugar.

A cup of Prego traditional has 10 grams of sugar. The peep, which is literally coated in it, only 7 grams. 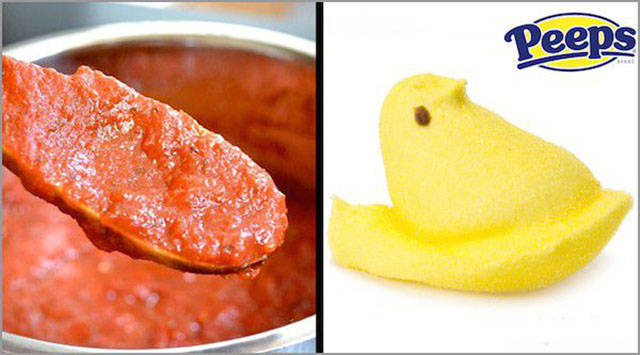 Minute Maid Apple Juice vs. A Can of Coke.

A can of coke is the famous example of unexpected large quantities of sugar, and for good reason boasting 39 grams per can. But the Apple juice outdoes it with a full 49 grams per bottle. 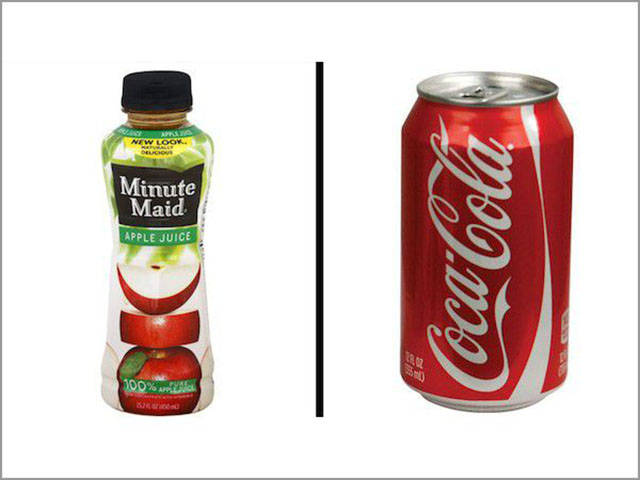 You would think that a drink made of ice cream would have more sugar than an equal sized drink of fruit. However the numbers do not lie. 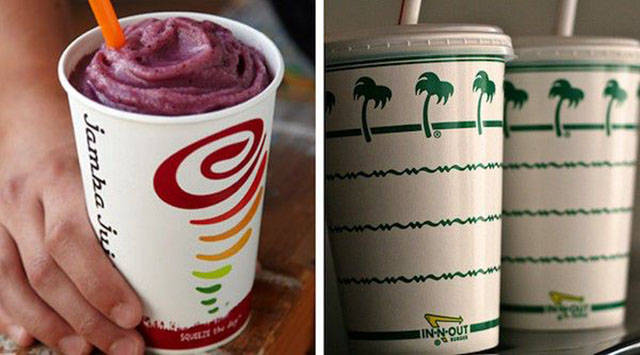 The “healthy” breakfast has a full 32 grams of sugar. The Snickers packs in 27 grams. 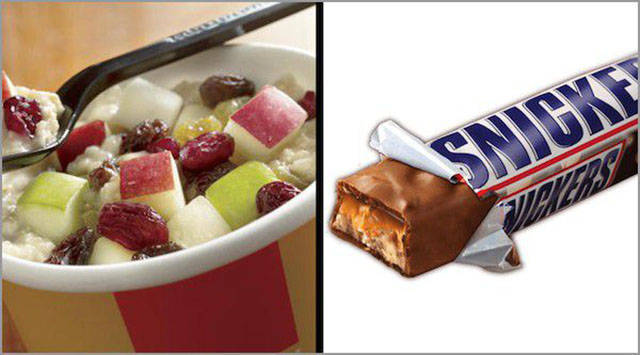 To be fair to the Caribbean Salad, before it becomes Caribbean (adding fruit, dressing, and croutons) it probably is pretty healthy. But after adding the fixings the salad boasts 68 grams of sugar and the cupcake only 45 grams. 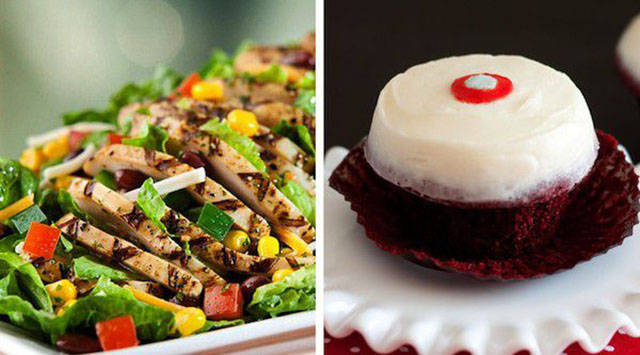 A prime example of a “bad” salad. breaded chicken, cheeses and drenched in dressing the Pecan-crusted chicken salad comes in at 64 grams of sugar while the Dairy Queen brownie delivers 57 grams. 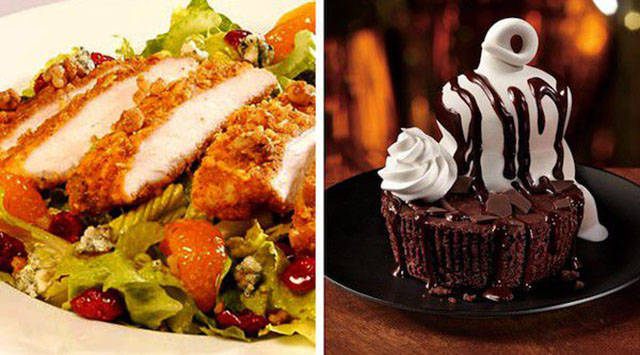 A bowl of Raisin Bran vs. a bowl of Fruit Loops.

At this point it should surprise no one to learn that the raisin bran out paces the sugar of the fruit loops.

18 grams in the Raisin Bran bowl and 10 in the Fruit Loops.

And we are only supposed to eat 37 grams in a day, even less if you are a woman. Keep an eye on your food everyone. 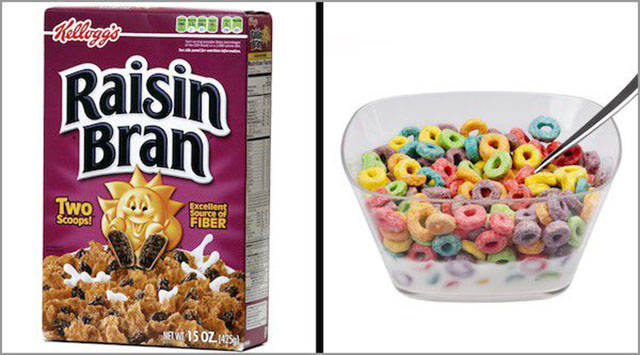 mynona 5 year s ago
Most pictures does not show healty food at all ...
BTW #10 bottels are not the same size
Reply
1

gigantes 5 year s ago
yeap. very little healthy food in this post. for example, #1 most store-bought yogurt is little more than pudding, and does not contain significant probiotics.

processed grains and processed foods are not healthy in general. for example, steel-cut oats with frozen fruit added is much better than stuff like quick oats and breakfast cereal.
Reply
2