“Hey, there’s room in my tent if you want to join me”

“Thanks, but I brought my own tent!”

"A girl once burned me a mix CD of almost nothing but love songs. My guy friends and I held a small conference where we listened to the CD in full and tried to see if there was some hidden message there.

We came up with a solid maybe. There were 6 of us debating this."

"Me posting on Facebook: “anyone wanna go hiking this weekend?”

After a long hike and dinner, I still didn’t know I was on a date until I was dropping her off. Seriously thought we were just hiking. We’re married now."

"Picture this: teenage me in bed with my girlfriend, sans clothes and doing some heavy petting. I had a condom in my wallet, like a sauve [email protected]#ker. She asked to see it. I told her “I only want to take it out of the package if I’m going to use it.”

"Her: Do you have a girlfriend?

Me: No…no one would date me anyway.

Me: Thanks, but you don’t need to pity me.

Her: I would date you

Her: Are you free on Saturday?

And we’re going on two years in October"

"Watching TV in my living room at roughly 2am, in the dark

Me: why are you putting on lip gloss?

Me: haha youre weird

Her: want to taste?

Me: nah I already know what it tastes like"

"Early interaction with my boyfriend-

Me: “That suit looks great on you. It would look better on the floor.”

Him: “That would wrinkle the suit.”"

"I was living with my then-boyfriend a few years ago. Feeling a little flirtatious, I suggested we could take a shower together, you know, to save water, wink wink.

I didn’t figure it out until I was on a plane home."

"She learned to say I love you in my parents native language. And I still missed the hint."

"When I was drunkenly flirting with a girl (I never flirt and I’m horrible with girls in general so didn’t think I was getting anywhere) and asked her where the bathroom was. She said ‘I’ll show you’ then came in with me and asked what I wanted to do.

Awfully confused I says ‘well I want to have a piss, you’ll have to leave’.

"I was living overseas in a place where it was difficult to find CDs (this was pre-streaming). A girl I knew had started chatted to me on Facebook.

I thought nothing much of it, figured she was out of my league, it was nice to chat. But, you know, I chatted to lots of people.

A few weeks into this chatting, I get a package in the mail. In it is Radiohead’s “In Rainbows”, with a note that says, “Hope you enjoy. My favorite track is 8. x”

I message her, I say thanks and that I really dug track 5.

“I really think you should listen to track 8 again.”

"A girl literally asked me to help her change. We were alone in her house. I respectfully declined for her privacy."

"She asked if I was interested in dating. Thought she meant in general and said no because I didn’t really have an interest in dating anyone but her.

She got pretty distant after that. Didn’t realize she was talking about the two of us dating until later."

"She invited me in “for coffee” after a date. I don’t drink coffee, and it was 11pm. I politely declined and went home. Had no clue coffee meant sex." 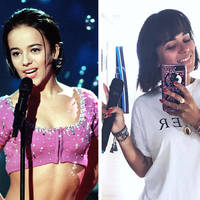 Onicyphorous 7 month s ago
Mine is: Twenty years old me in a tram. Some little toddler came about and it literally made me happy, smiling into myself and not realizing that I was facing a cute girl who started to smile at me too. She had a bike with her and as I got off she got off aswell, eventually blocking my way with her bike a few times, still smiling widely. Confused me got into a direction to get away from her.
I still think I was a [email protected]$$...
Reply
-20 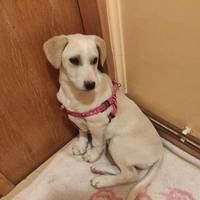 Comment hidden due to low rating
A whole lot of Incel Simp stories in this post. Pathetic really.
Reply
4 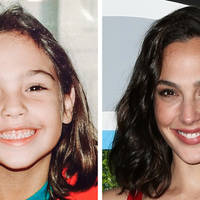 Manda 7 month s ago
Claes, just FYI, they removed both “intel” and “simp” from the dictionary in 2019 because it was discovered that only Reddit idiots were using the words.
Reply
0 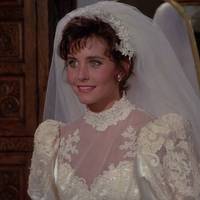 Ivy 7 month s ago
Wow, and guys are still convinced that women aren’t clear with their intentions