Exes Can Be Absolutely Insufferable… (19 GIFS)

"My ex would pick the bathroom lock with a knife if i was in there too long."

"He broke into my second floor apartment through a window while I was out of town. Tracked dirt through my apartment, took a bath, didn’t drain the tub, and left. He called me and told me he was going to break in. I didn’t believe him…so weird."

"Let herself in my sidedoor, after we had broken up, sat on my bed in silence, waited for me to wake up, just staring at me in the dark. I was so terrified, not knowing who it was, my adrenaline went off and i pushed her off the bed and across the room. She said “I’m sorry.. I’m sorry,” and let herself out. I’ve locked the door every night since. This was 3 years ago."

"Thoroughly explained to me how he studied negging and how he used it on me. Also called me 50 times one time because I wouldn’t return a text."

"She spread a false rumor about me [email protected]#king trees, and then went through all the effort of photoshopping pictures of me doing so."

"A year after a breakup I met a girl at my university. One fateful day I was accompanying my crush to her seminar room. When we said goodbye, what was supposed to be a quick hug turned into a kiss. I took the tram home, heartfelt music blasting from my earplugs, a whole lotta butterflies in my stomach when my phone rang. It was my ex. She screamed from the the top her lungs:

I was absolutely dumbfounded and, frankly, horrified. Not only did my ex not go to my university but we hadn’t spoken for months! She knew the name of the girl, she knew what she was studying and she knew where she lived (Even I didn’t know where she was living). To this day I have no clue how she knew all these things. Oh, and by the way, she was the one cheating on me effectively killing the relationship"

"She lied about being pregnant, ruin my life for a few months. When everyone figured out she wasn’t pregnant she admitted to lying, went and got herself a new boyfriend and got pregnant from him, he has my same name"

"She was a snoop. The times I left her alone in my apartment she’d go through my things. My financial records, which I keep in a filing cabinet, my dresser drawers, my closets. I only discovered that she did it when she slipped-up and revealed information she’d only have if she snooped."

"Broke into my house left an engagement ring on my bed and a note saying how he’d masterbated in my sheets because they smelled like me. This was all after I broke up with him."

"Went through my phone when I was asleep and texted every female (I save everyone on my phone using their full government names) that she was my girlfriend and they’d better back off or she’d come after them and do them physical harm.

The thing is, the only numbers I have on my phone are all family. So I recieved multiple texts and calls the next day asking if I was okay or being held hostage."

"Went through a nasty divorce while taking care of my dad who was battling stage 4 cancer. My ex threatened to show up at my parents’ house (where I was living to take care of my dad) and kill himself. He also tried to pay his friend to kill me and cut off my legs and found every way possible to harass me online and say he hoped my dad still had cancer.

My dad passed away two weeks after my protective order was granted."

"I have a mate whose ex currently has a shrine of him and knows his entire timetable by heart."

"I once woke up to my ex (then boyfriend) humping my leg.

Same ex spent the whole week after the breakup sending me poems, begging me to take him back, stating he doesn’t care that I don’t love him anymore, that I couldn’t do this to him after all our time together (been with him for less than four months).

Blocked him. His mom wrote to me to ask me why I dumped her son.

"My ex sat outside my apartment in her car for periods of time to stop women from entering and questioning them, telling them not to talk to me because I was a psycho. She did the mistake of pulling my sisters hair, she competes in kickboxing."

"My ex left notes for me to find in my books. [email protected]#t like “I will miss you” and “I will always love you”

It’s been 9 years and I am still. Finding. This. [email protected]#t.

He was really abusive so it just makes me angry. Also it still feels like a violation, knowing he was taking that kind of time to go through my stuff like that. Creepy af."

"She left a package of uncooked bacon in a plastic grocery bag as a “gift”, hanging on my apartment doorknob."

"Claimed I tried to murder him with an axe, jumped out the bathroom window, and ran home to mommy. In truth, we argued. We did have axes on the property – it was a farm, we had all kinds of [email protected]#t – but that didn’t hold, because it was a lie, and the patrol officers saw through it. Still had to go to court, because domestic violence, but that was dismissed.

Still, can claim to having been held as an axe murderer." 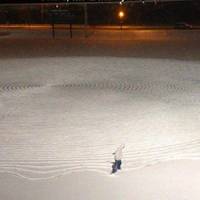 Obediah 10 month s ago
How do people get romantically involved with these sort of psychos in the first place? It really puzzles me. I mean, there MUST have been a lot of red flags in this league of crazy.
Reply
3 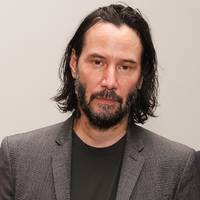 That is something I will never understand.
Reply
5 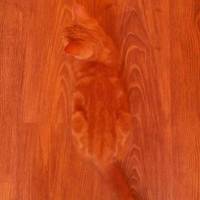 There is this thing called infatuation - it is like a drug that makes people almost unable to find minor faults with each other until it is over, it can last for between 1 and 3 years. All the redflags are obvious in hindsight or from neutral observers perspective, also if someone was burned previously they will learn to spot the early signs out of necessity.
Reply
4 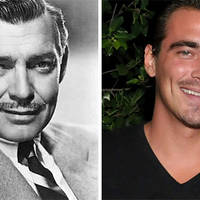 Sig 10 month s ago
Some people don't show their true selves early in the relationship. It takes a long time to know someone really well.
Reply