What We Didn’t Know About Celebrities (24 PICS)

Matthew Perry lost part of his middle finger as a kid. 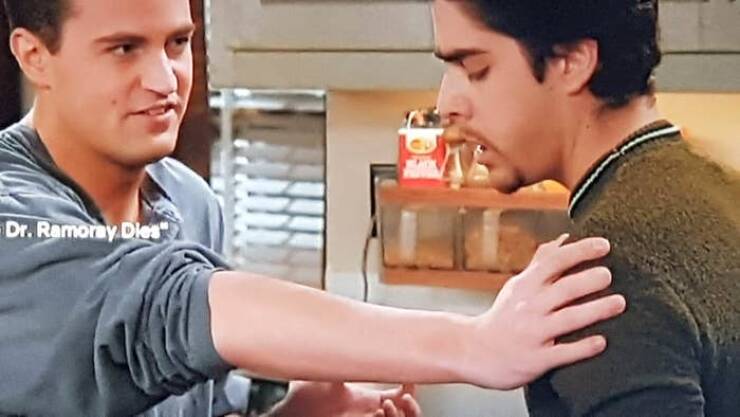 It was slammed in a car door when he was 3 years old. 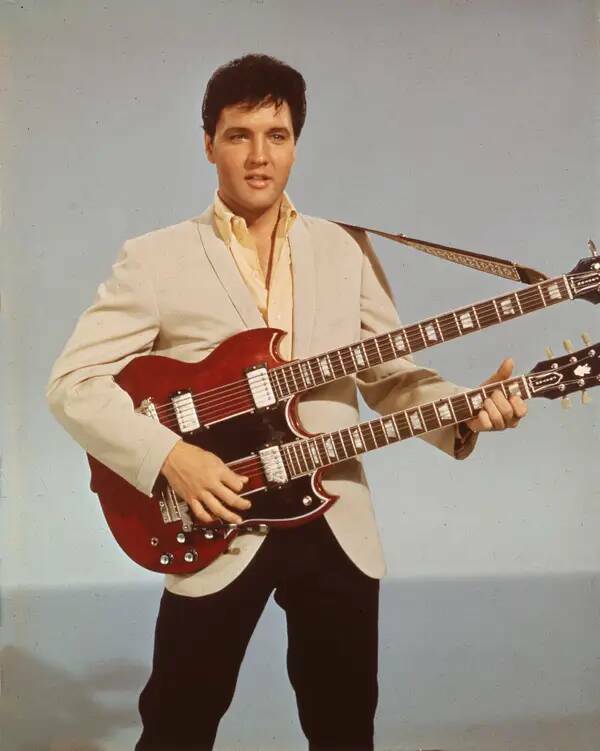 He started using black shoe polish to darken his hair, as he thought it made him more handsome. 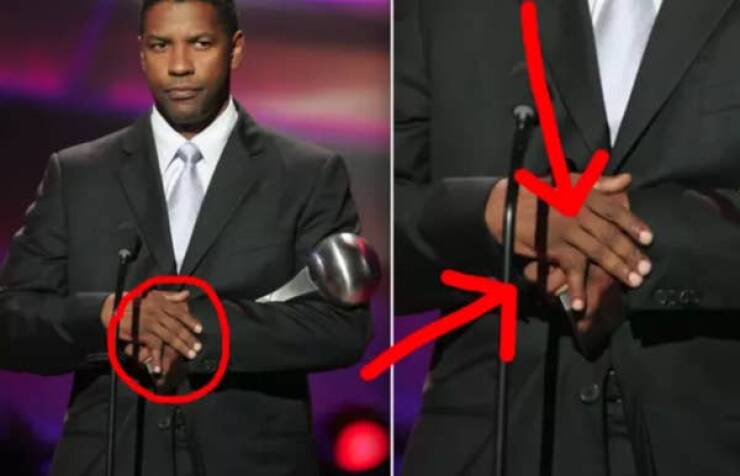 The actor dislocated his pinky so many times that his finger occasionally falls out of place when he moves his hand.

Tim Allen was arrested for cocaine posession and served two years in jail. 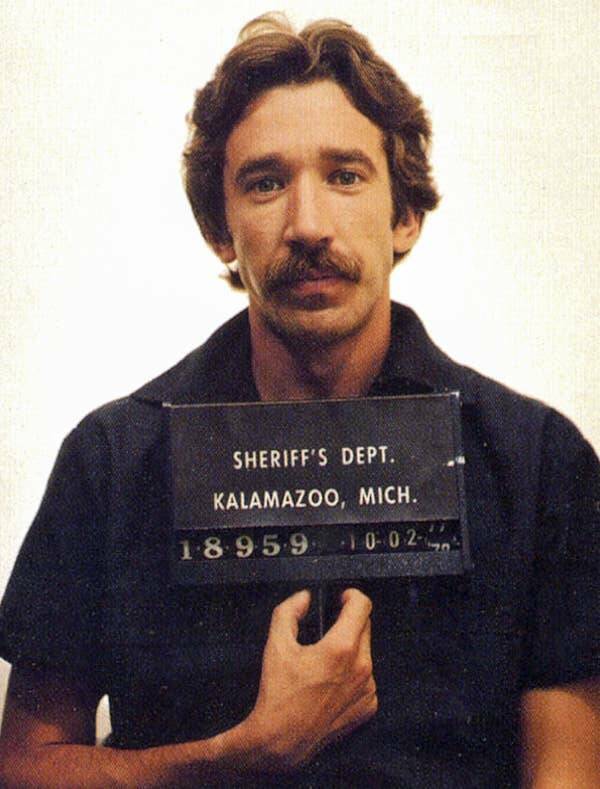 In 1978 he was caught with 1.4 pounds of cocaine in an undercover operation. He was facing life in prison, but snitched on other dealers in exchange for a lighter sentence.

Dennis Rodman has 28 siblings on his dad's side. 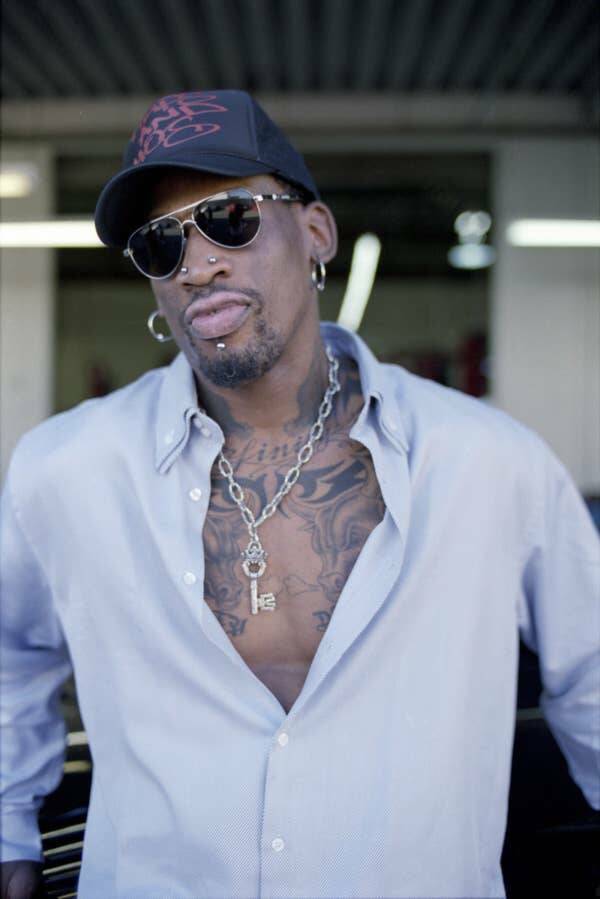 The basketball star actually once said that he had 46 brothers and sisters, but his dad — who's name is Philander — came out and said he only had 29 kids.

Kesha claims she once had sex with a ghost. 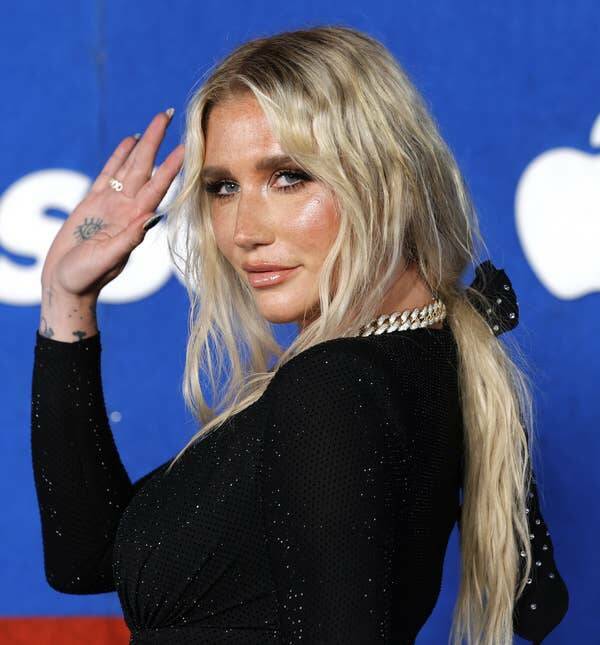 She told Ryan Seacrest that it's what her song "Supernatural" is about. "I lived in this flop house at Rural Canyon and there was this weird energy that lived there, and it used to keep me at night and wake me up. And it progressed into this dark, sexual spirit. It did scare me, but that's part of the fun of it."

And so does Lucy Liu. 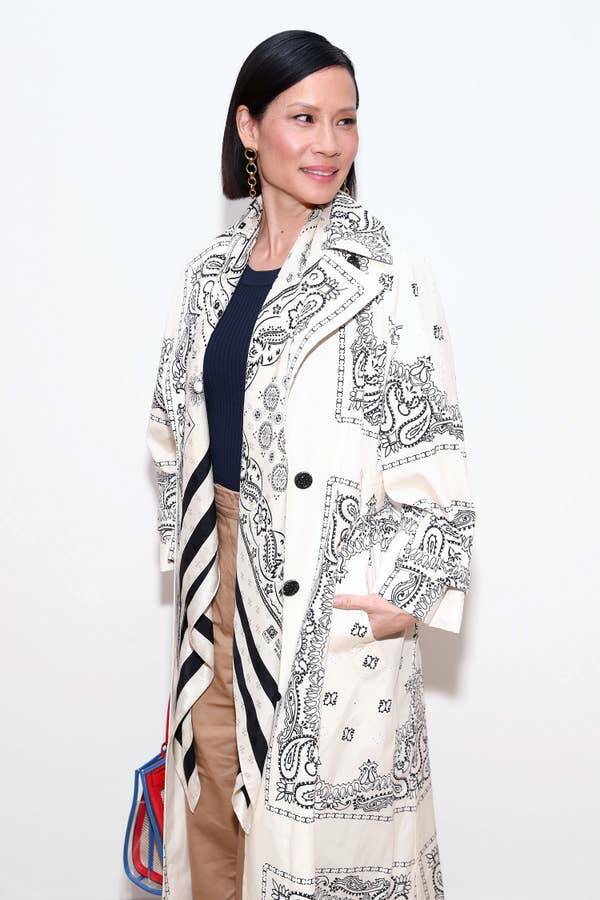 “Some sort of spirit came down from God knows where and made love to me," she said in an interview with US Weekly. “It was sheer bliss. I felt everything. I climaxed. And then he floated away. It was almost like what might have happened to Mary."

Eva Mendes always wanted to be a nun when she grew up. 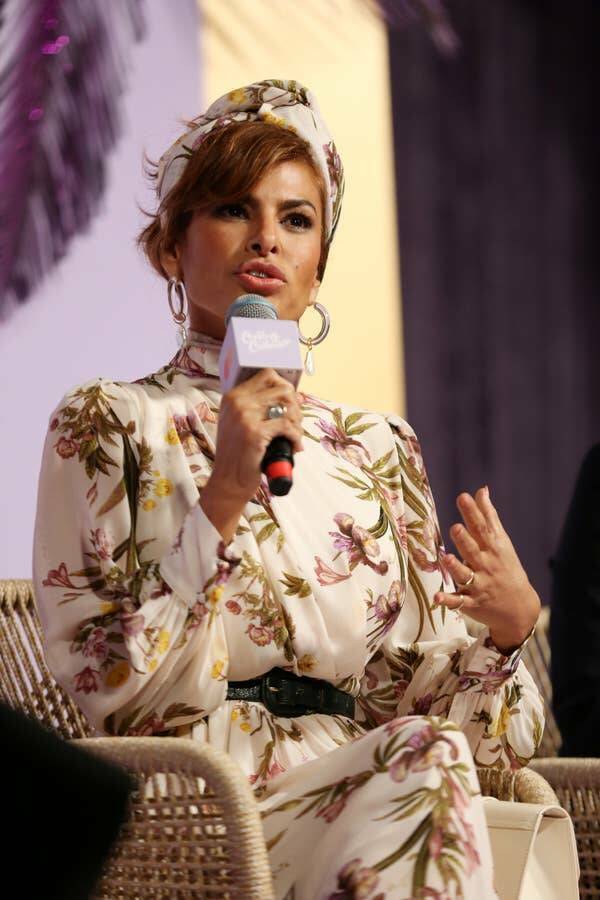 But then ditched the dream when she found out they don't make any money.

James Lipton worked as a pimp in Paris in the 1950s. 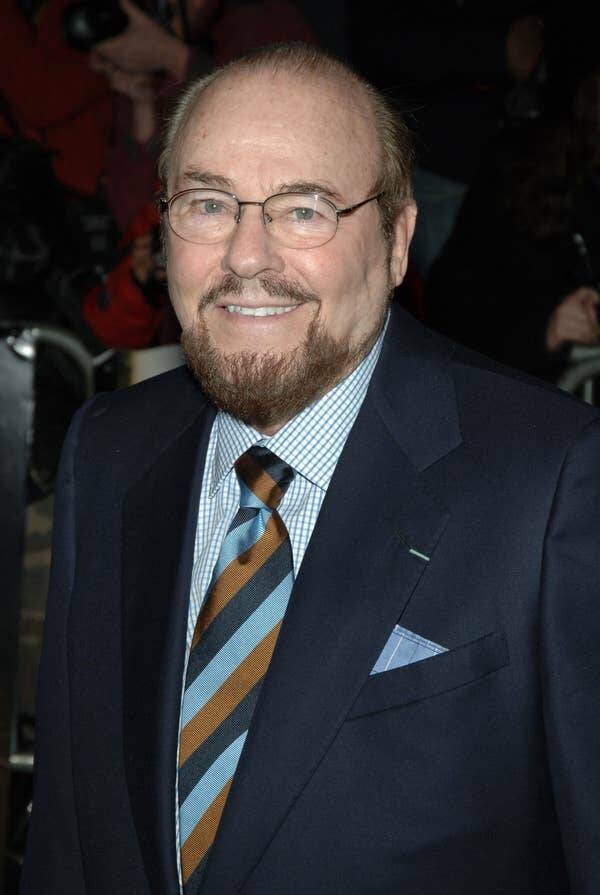 The host of Inside the Actors Studio ran a bordello just after the war. He says he represented the women like an agent, and took a cut of their pay. "That’s how I lived. I was going through my rites of passage, no question about it. It was a great year of my life," he told Parade.

Leighton Meester's mom was in prison when the actor was born. 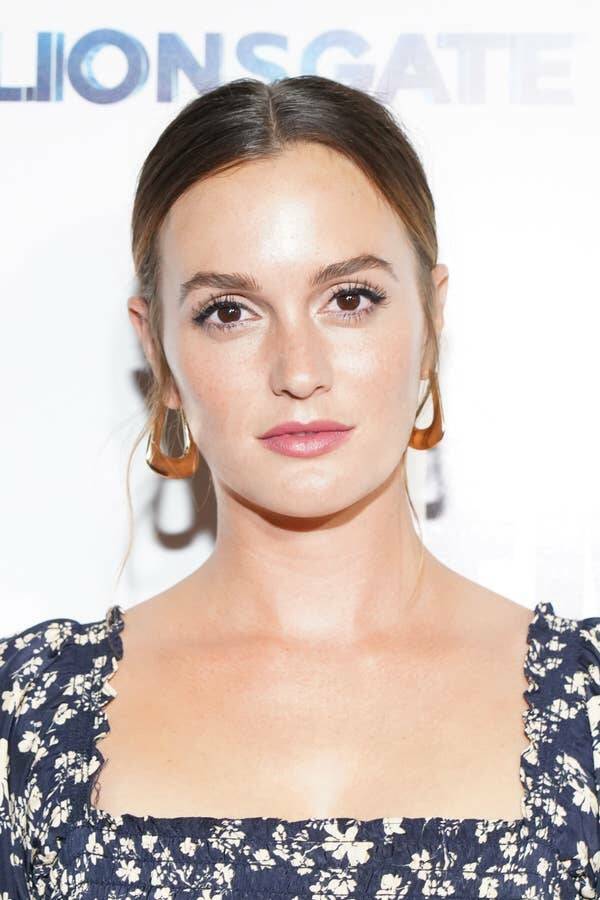 She was arrested for trying to smuggle marijuana from Jamaica to the US via a drug ring. Leighton spent the first few months of her life in a halfway house and then lived with her paternal grandparents.

Whitney Houston was a producer on The Princess Diaries. 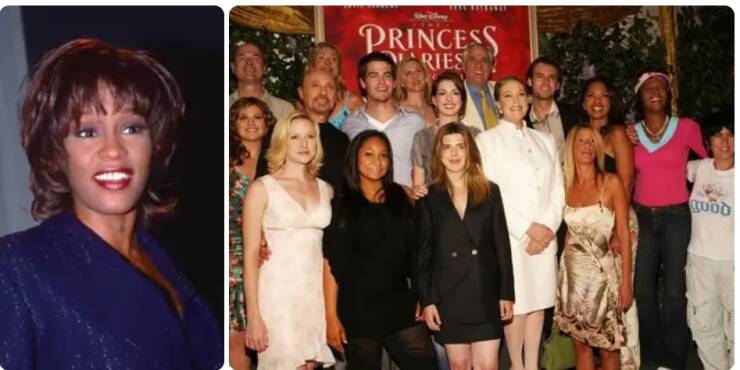 She owned Brownhouse Productions, a company that also produced 1997's Cinderella with Brandy, and both Cheetah Girls films.

Nicole Kidman has a phobia of butterflies. 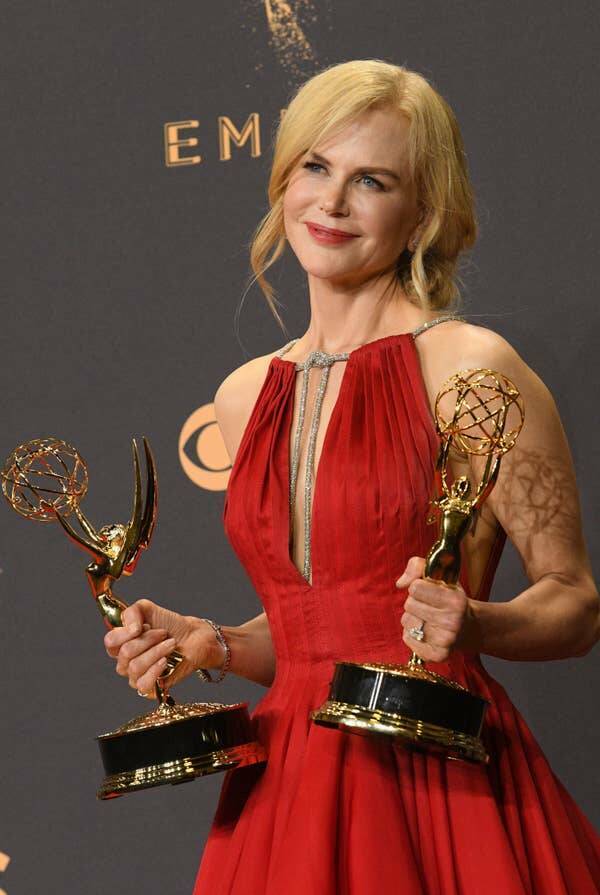 It's called lepidopterophobia, and she's had it since she was a kid. "I jump out of planes, I could be covered in cockroaches, I do all sorts of things, but I just don't like the feel of butterflies' bodies," she reportedly said once in an interview.

When she was 22, Angelina Jolie tried to hire a hitman to kill her, but he convinced her to stay alive. 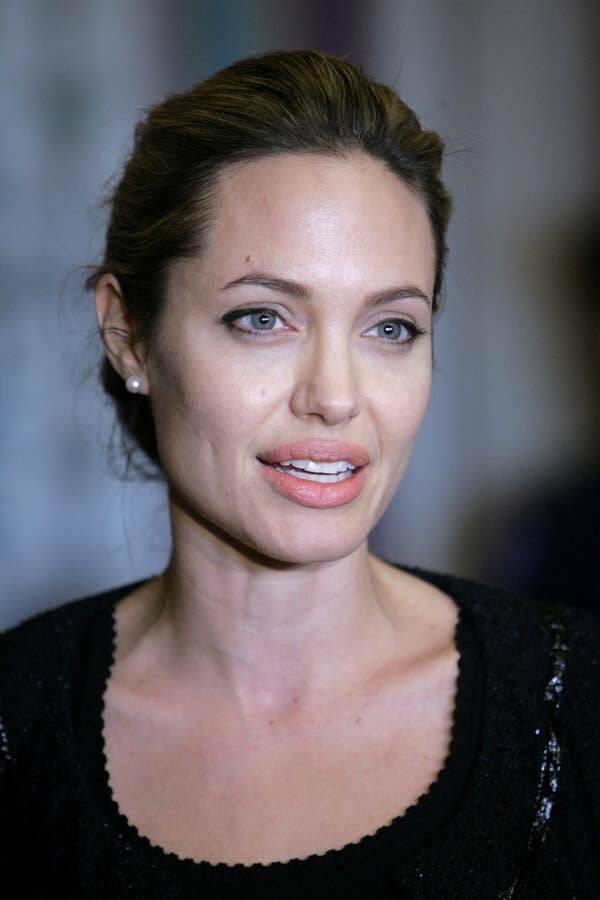 “With suicide comes all the guilt of people around you thinking they could have done something,” Jolie told IMDb. ”With somebody being murdered, nobody takes some kind of guilty responsibility.”

“He was a decent enough person and asked if I could think about it and call him again in two months,” she explained in an interview with the Face. “Something changed in my life and I figured I’d stick it out.” 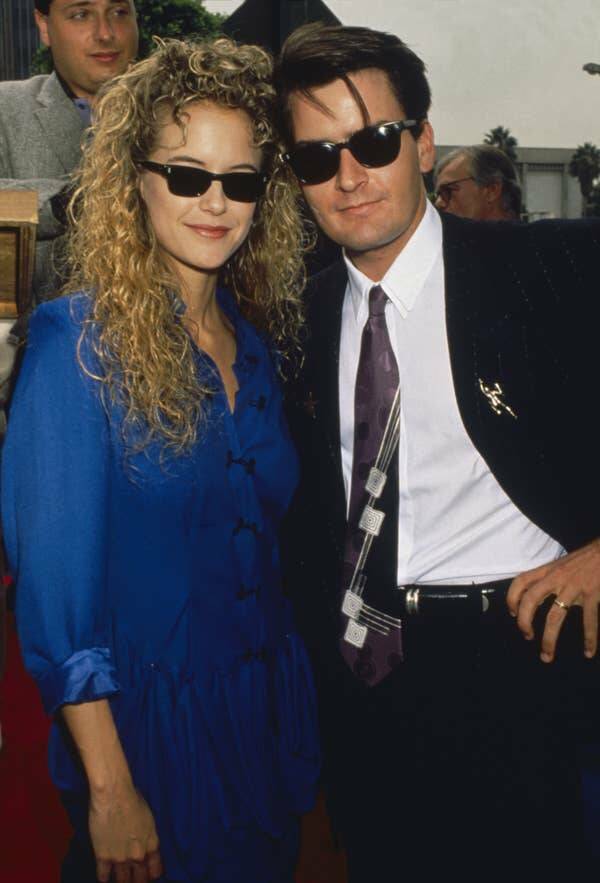 "She had to get stitches in her arm, and there are conflicting reports about what happened. In a now-deleted 2011 TMZ video, Kelly said he shot her by accident, but in 2016, Charlie said she shot herself.

"She explained to me that when she lifted my pants off the scale in the bathroom...the tiny revolver I used to carry...it fell out of the back jeans pocket and hit the floor and shot a bullet right between her legs," he said. "So she got hit with shrapnel from the toilet bowl.""

Bill Murray was arrested for carrying 10 pounds of marijuana when he was 20. 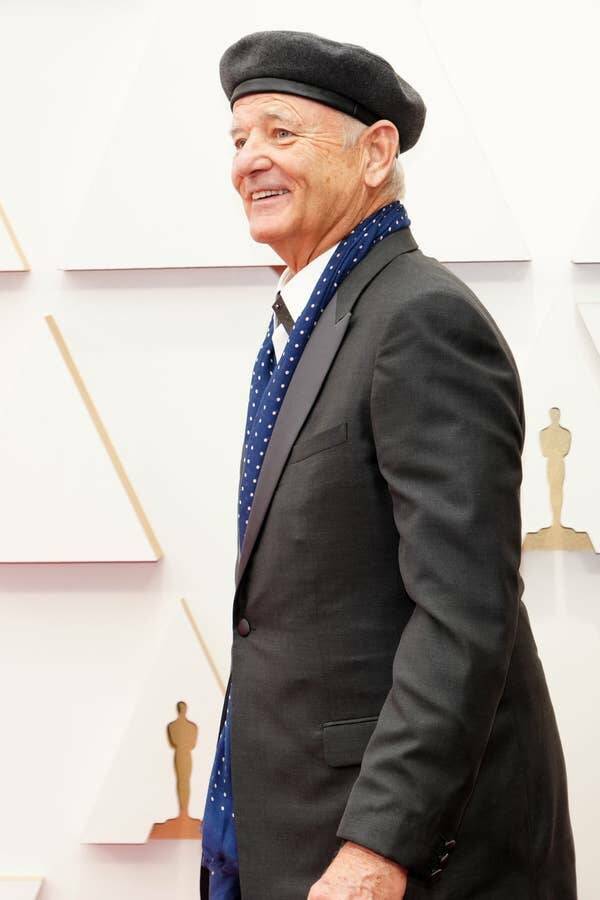 It was his own fault that he got caught too. While at an airport, he told a fellow passenger as a joke that his suitcase contained bombs. A ticket counter employee overheard and called the US Marshals, who found two 10-pound bricks of marijuana in his bag. He was sentenced to five years' probation.

Jennifer Aniston turned down the offer of being a cast member on Saturday Night Live. 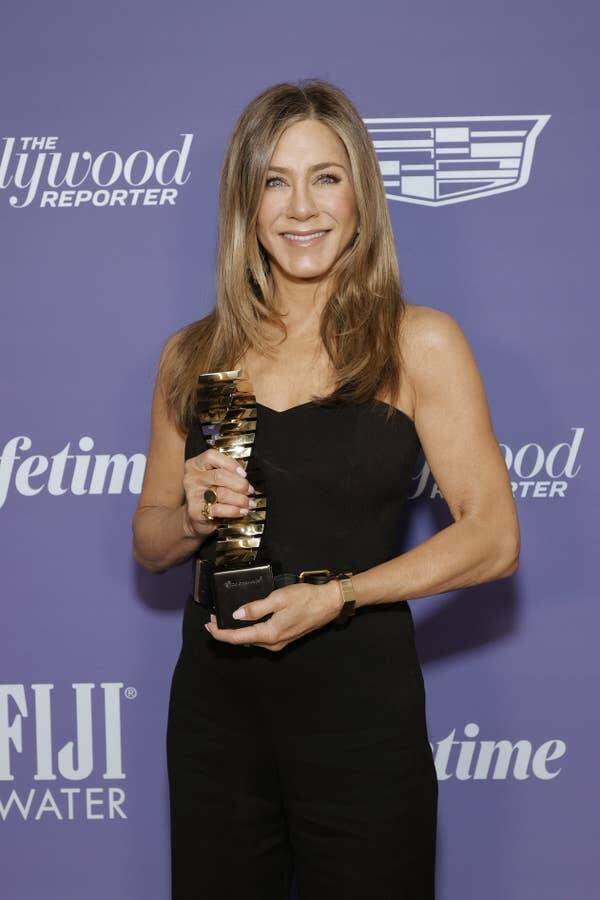 Just before Friends, Jennifer met with the show's creator, Lorne Michaels. "I was so young and dumb and I went into Lorne's office and I was like, 'I hear women are not respected on this show,'" she told the Hollywood Reporter. "I don't remember exactly what I said next, but it was something like, 'I would prefer if it were like the days of Gilda Radner and Jane Curtin.' I mean, it was such a boys' club back then, but who the fuck was I to be saying this to Lorne Michaels?!" 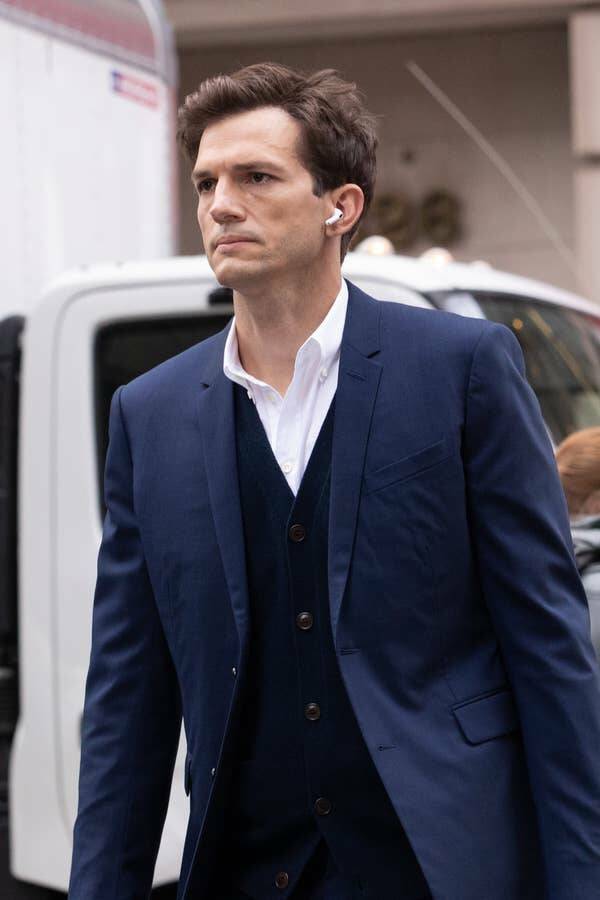 Ashton is his middle name.

Ryan Cabrera has a tattoo of Ryan Gosling's face on his leg. 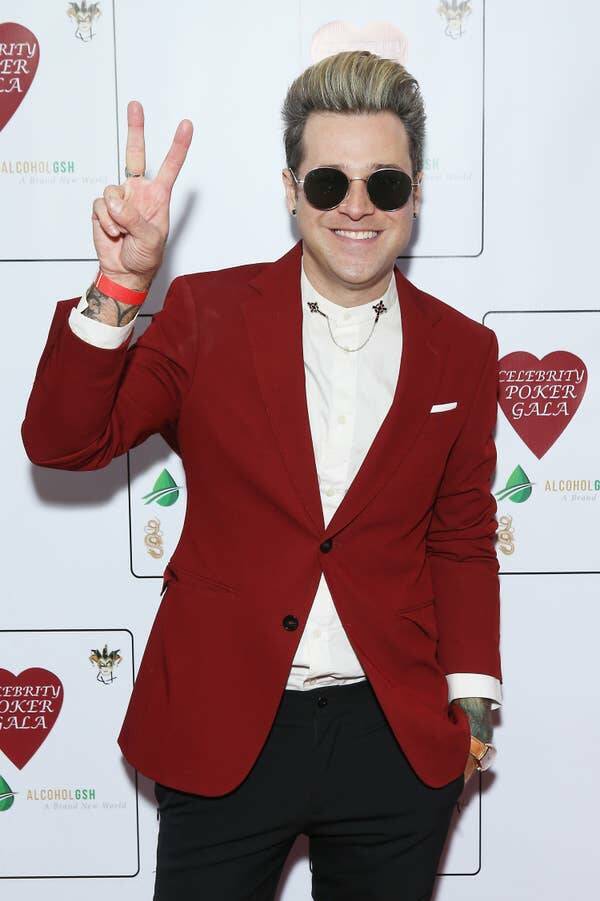 And Stephen Baldwin has a Hannah Montana tattoo. 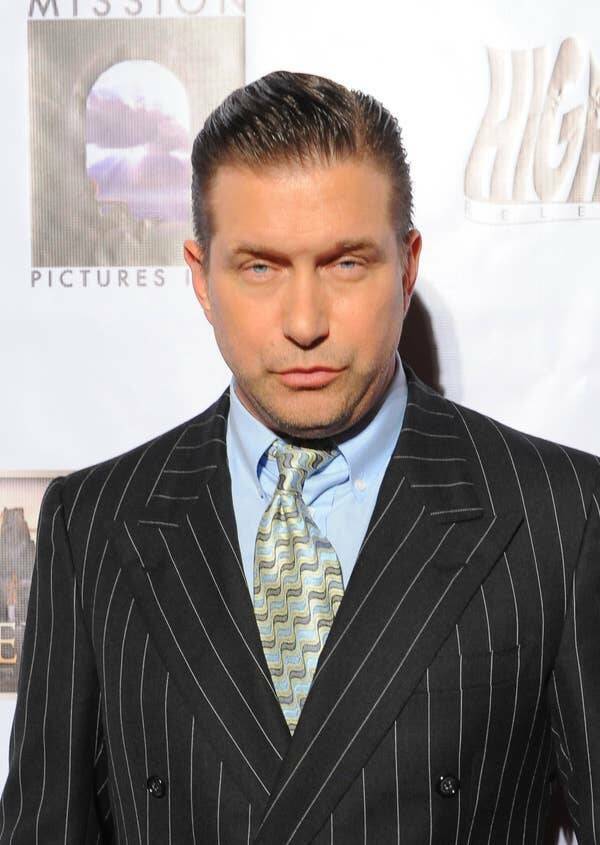 His daughter was a big fan of the show, and Miley told him that if he got a tattoo of the initials HM, he could come on as a cameo. But it never happened, and he says he now regrets it.

Fran Drescher believes aliens abducted her and implanted a chip in her hand. 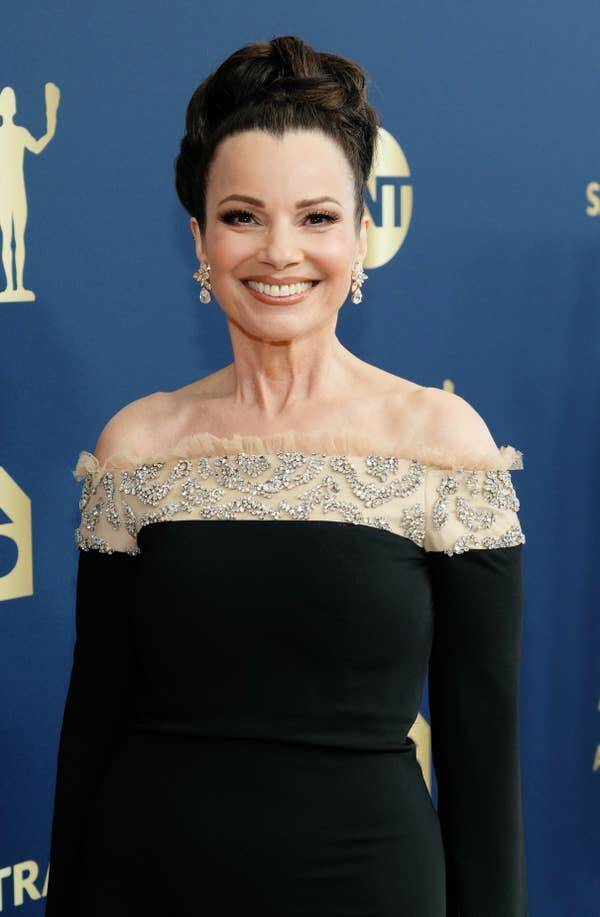 Her ex-husband had the exact same thing happen to him, and Fran told The Huffington Post that's why they got together. "I think that somehow we were programmed to meet. We both have this scar. It’s the exact same scar on the exact same spot.”

Benedict Cumberbatch was abducted in South Africa in 2005. 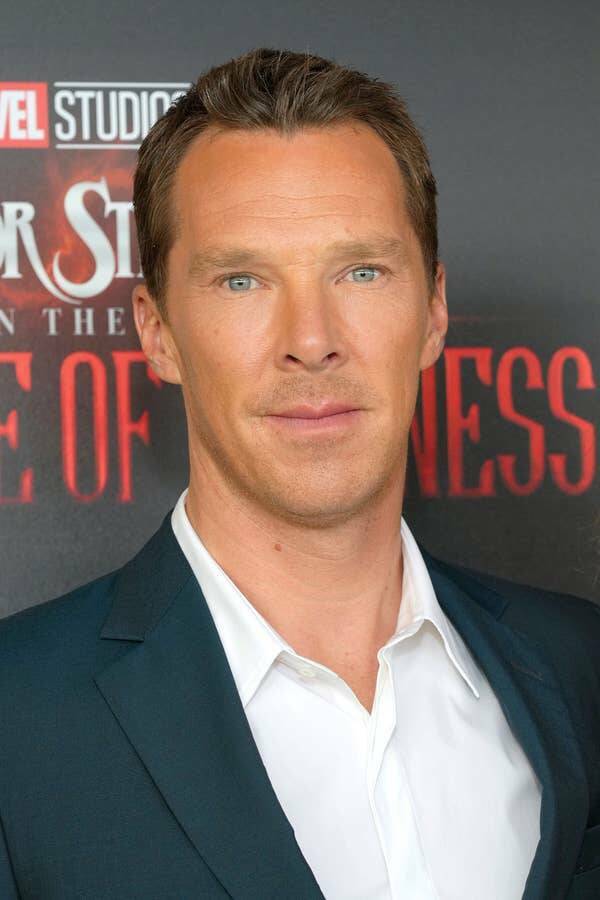 He was driving with friends at night when their tire blew and they pulled over to the side of the road. They were ambushed by men with guns. "I was then put in the boot of the car, and at one point my shoelaces were bound to my wrists," he told Marc Maron. "They eventually left us alone once we gave them cards and money. But because of needing to take the card to a bank machine, it lasted for two and a half hours."

Bryan Cranston was once a suspect in a giant murder investigation. 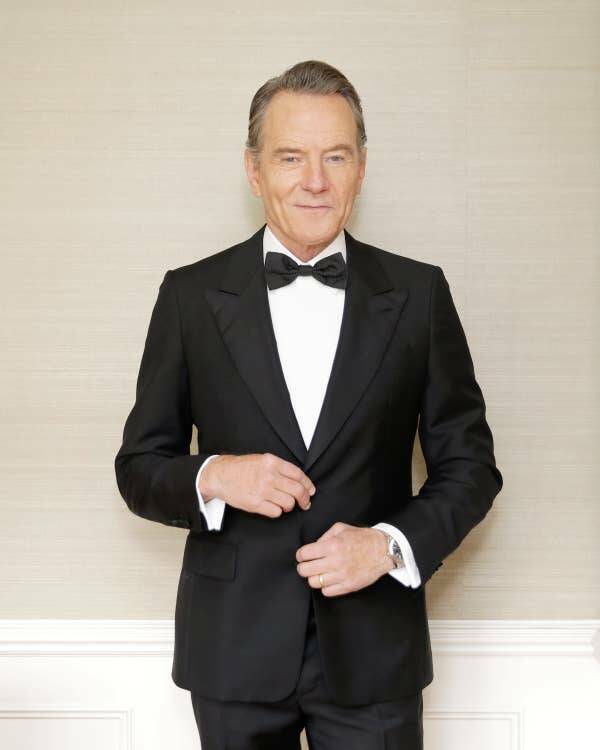 He was driving around the US with his brother in the '70s, picking up odd jobs. For a while Bryan worked in a restaurant in Florida, where he hated the chef and was kinda vocal about it: He and the other staff joked about what it would be like to kill him. Well, that chef ended up dead at the exact same time Bryan and his brother left town, leading the police to consider them suspects and follow them to the Carolinas. 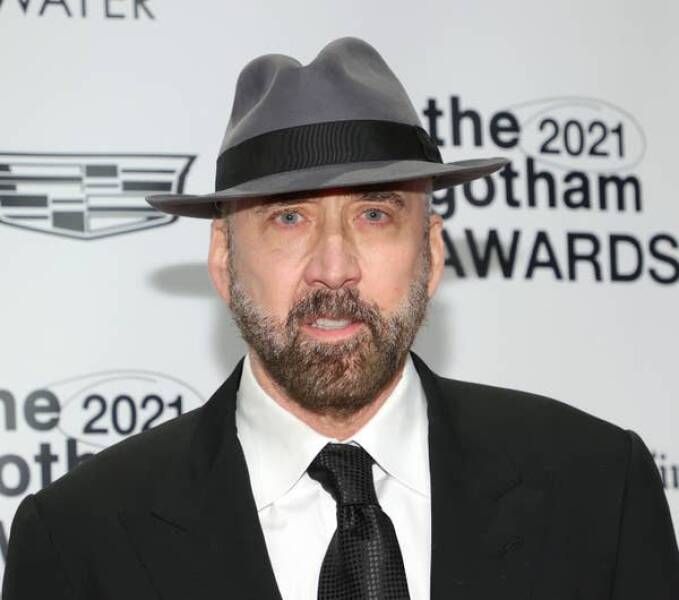 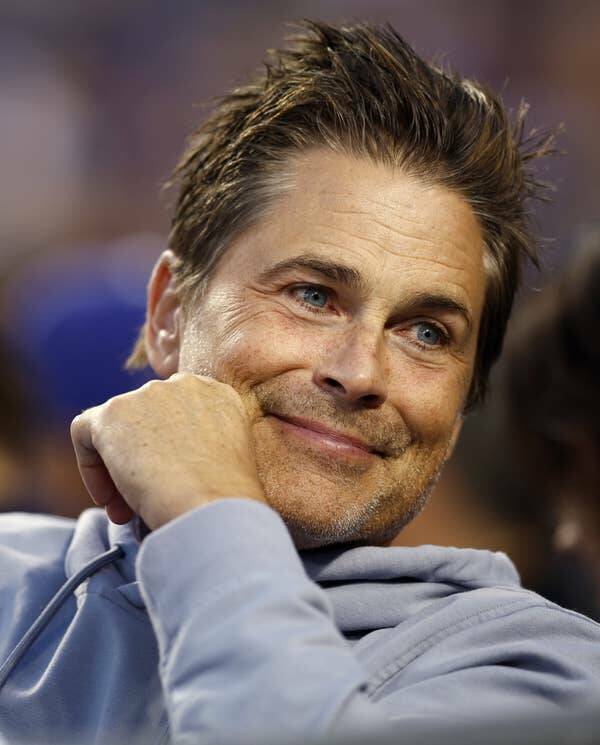 "We had an incredible encounter with what locals call the wood ape, which is in the Ozark Mountains," he told Entertainment Weekly. "I’m fully aware that I sound like a crazy, Hollywood kook right now." 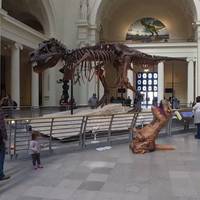 Larry 1 week ago
These are the same type of people that think there are more than two genders. There's not. There are whole spectrums of sexualities and personalities, sure, but there are exactly two, and only two genders. (Hermaphrodites are not both, they're a single gender that has a mutation in which they also have part of the sexual organs of the other. Like having an extra toe, or three nipples.)
Reply
1 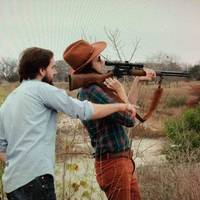 Thank you for your service. The country owes you brave patriot!
Reply
0 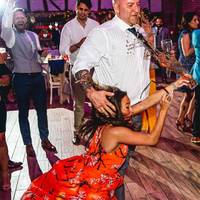 Joe 1 week ago
Larry, i fail to see how this comment is related to anything
Reply
0 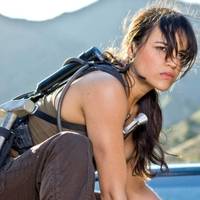 There, got that corrected for you.
Reply
-1 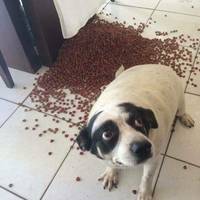 Edith 1 week ago
#4 That looks more like Heraldo Revara than Tim Allen.
Reply