This movie is full of mistakes, from coins being placed on the corpse’s eyes, even though coins weren’t around at that time period, to the umbrella with metal spokes above Paris and Helen’s head. Also, most of the equipment the soldiers use is from the Classical Period between the 5th and 4th century BCE rather than at the earlier time period during the Trojan War. 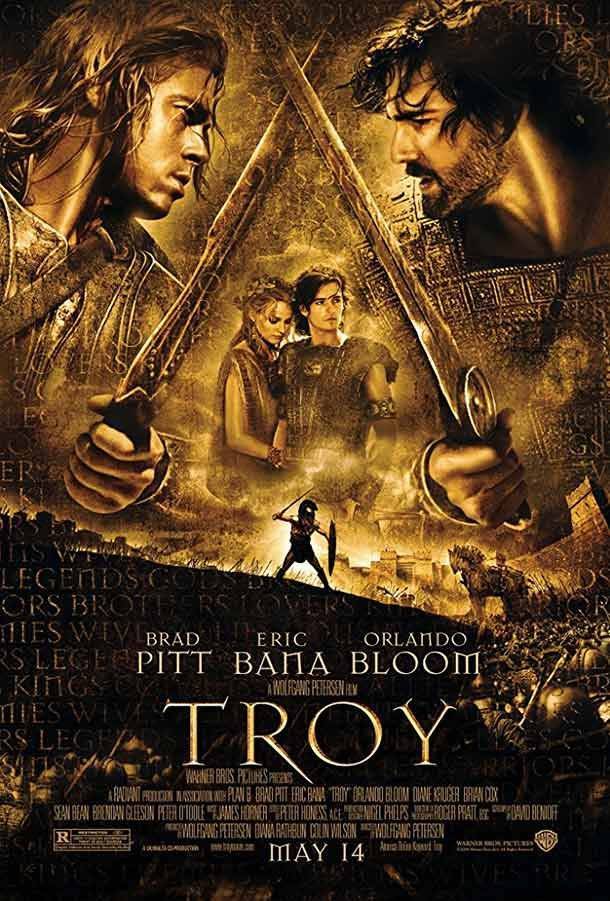 The Persian ruler Xerxes would have never claimed to be a god. He was a Zoroastrian who believed in a monotheistic and supreme creator god. Also, there were way more than 300 Greek forces at the battle of Thermopylae. Try 4,000. Likewise, the Persian numbers were exaggerated. Historians believe they were likely more around 70,000 to 300,000 rather than 1,000,000. 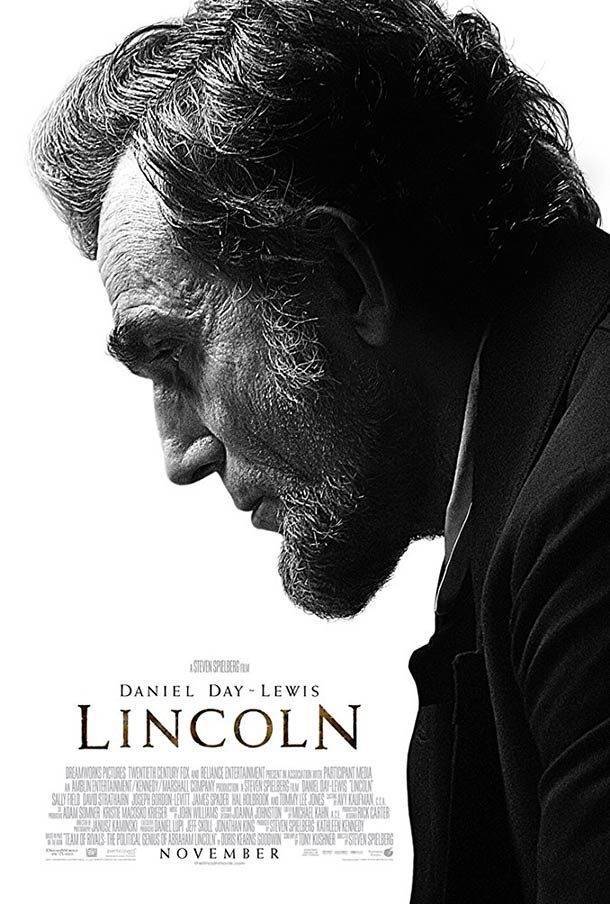 In this movie, they said that British and New Zealand embassies didn’t help the staff of the American Embassy. In actuality, they both helped the Americans and passed them along to the Canadians. Arthur Wyatt from Britain was even awarded a medal for the risk he took to help them. 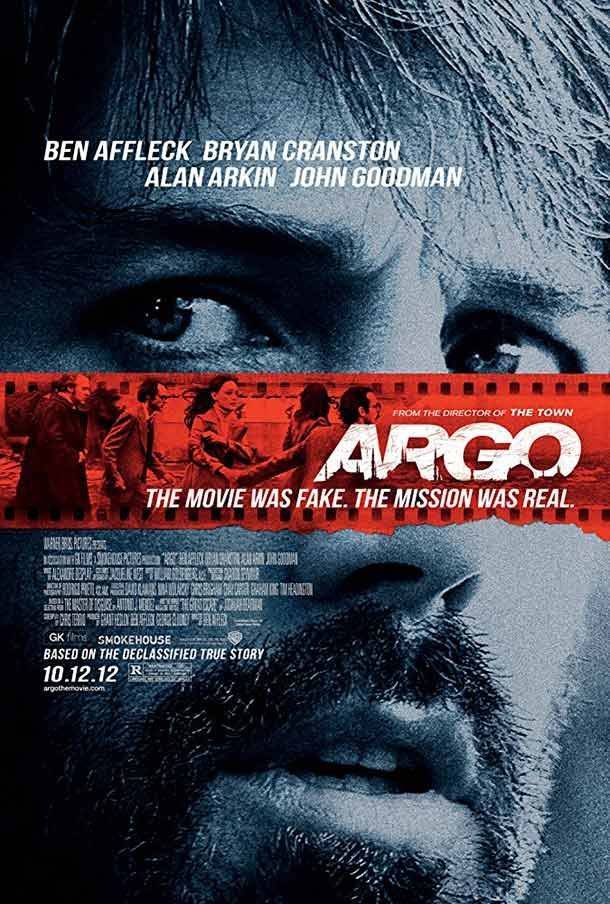 While the opening battle in this movie sure looked spectacular, it wasn’t accurate at all. Roman Legions were trained to stay in formation during battle rather than break off. Had they broke off, they would have instantly lost. Also, Marcus Aurelius doesn’t actually die by the hand of his son Commodus. 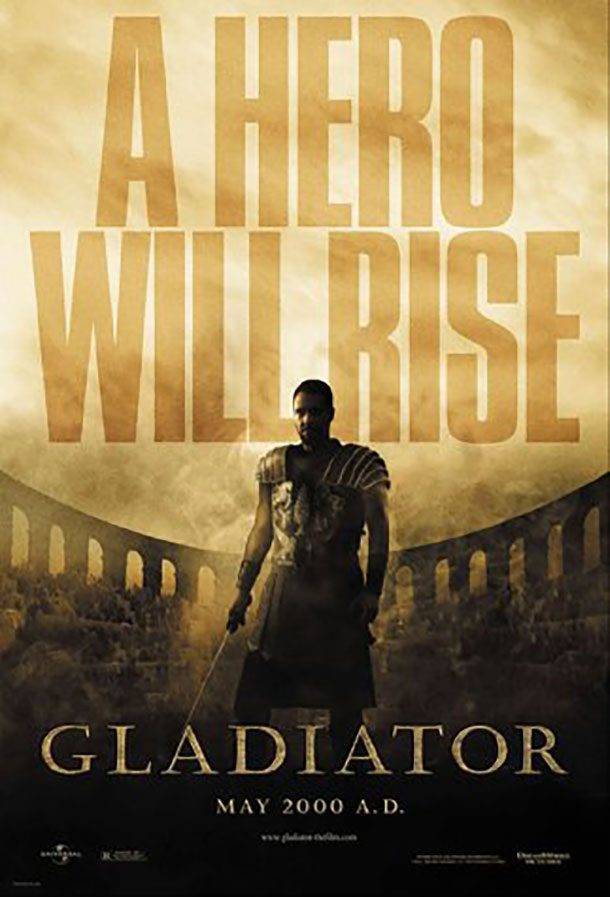 In the scene where Martin Luther King Jr. meets President Johnson in the Oval Office, Johnson is sitting at the Resolute Desk. However, in reality, Johnson thought he was too big for the desk and commissioned a totally different desk to be made in 1963. 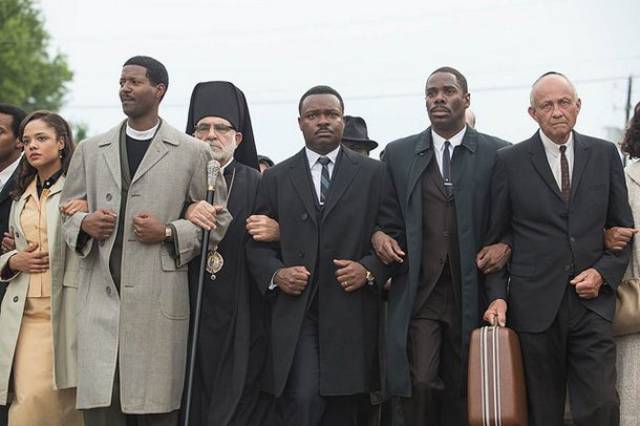 This movie depicts Alan Turing as an awkward loner who worked tirelessly on the Engima code-breaker machine by himself. In reality, he had the help of Gordon Welchman, a mathematician not mentioned in the film. 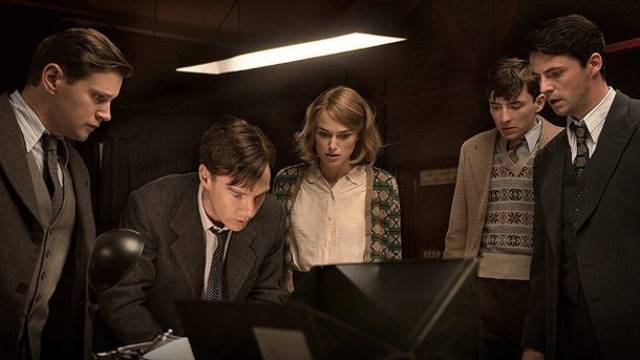 This movie is rife with historical mistakes. First, Ben Affleck’s character joins the Eagle Squadron even though he’s a U.S. Airman and wouldn’t be allowed to do that. Also, they show a Stearman biplane crop duster in 1923 when it wasn’t used until 1926. Lastly, it depicts Japanese aircrafts deliberately going for hospitals when that never happened at all. 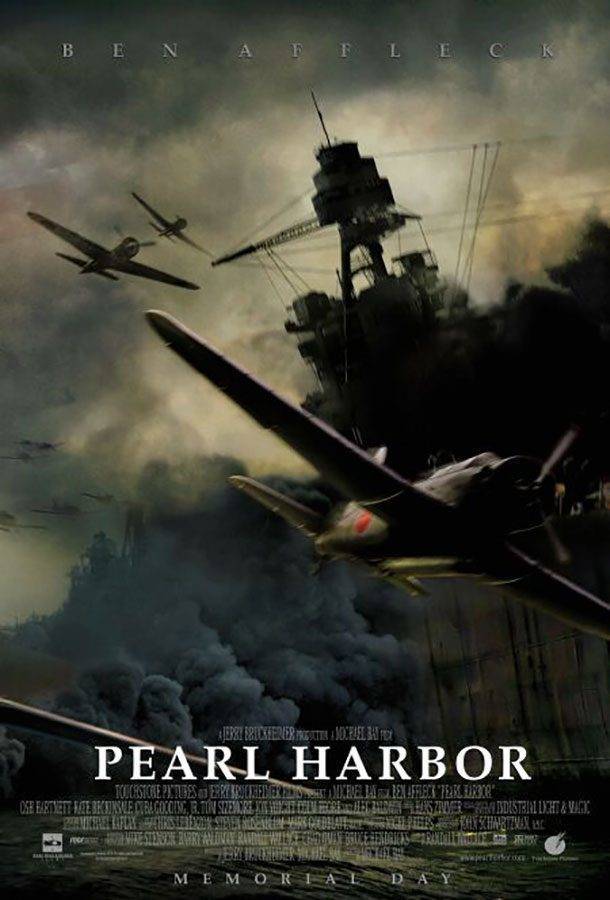 Chris Kyle didn’t enlist in the military because he saw American lives lost on the television. He had always planned to join up after school. The injuries he sustained during his Bronco riding initially caused the Navy to rejected him, but later on, they reversed the decision.

Of the many historical mistakes made in this movie, the Persians are shown as highly unorganized; however, in reality they were a strong and formidable power that required Alexander’s best to defeat them. Also, the Persian King Darius III was shown to be rather young when he was really in his 50’s at the time. 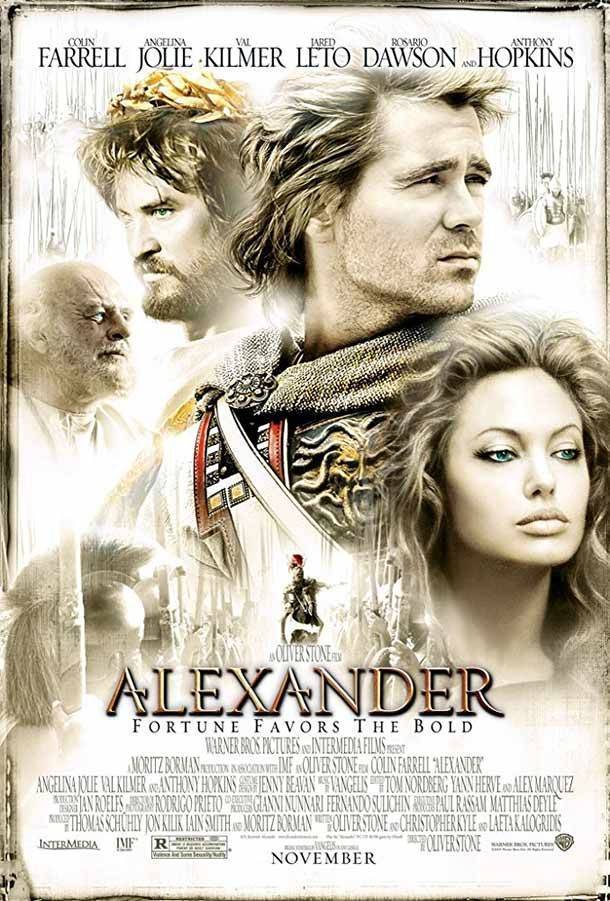 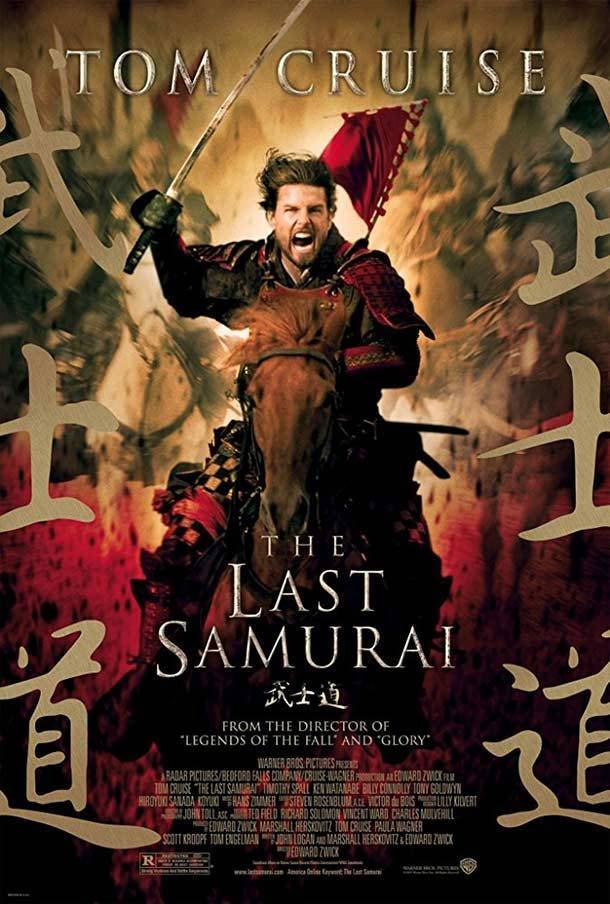 Set in Rwanda in 1994, in one scene you can see a billboard ad for MTN, a South African cellular service not available there in 1994. Also, on a taxi, you can see a yellow ARMSTA sticker which means Alexandra Randburg Midrand Taxi Association, a service only available in South Africa. 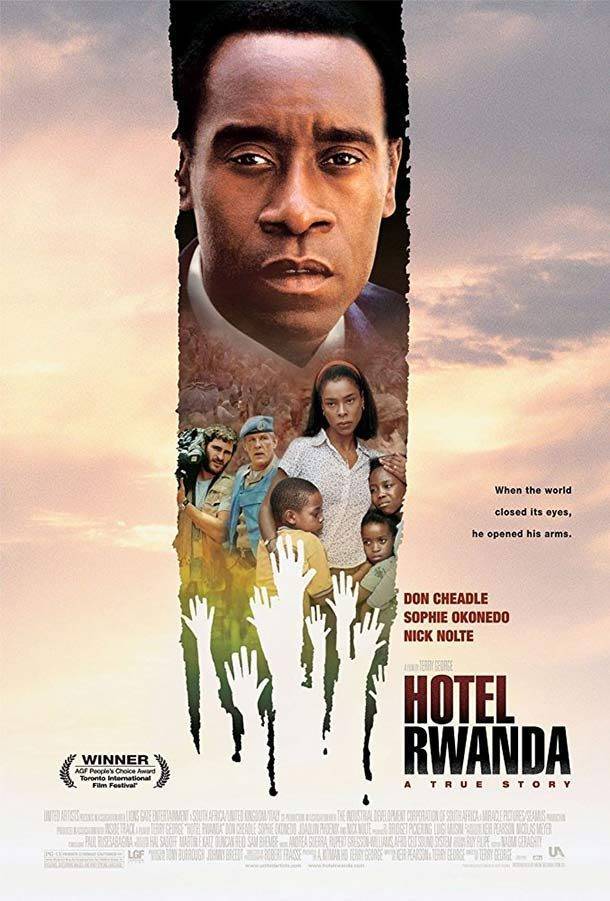 The map they use of Normandy is inaccurate. Rather than showing five beaches, Utah, Omaha, Juno, Sword, and Gold, they only show three and only have two American flags over those beaches. 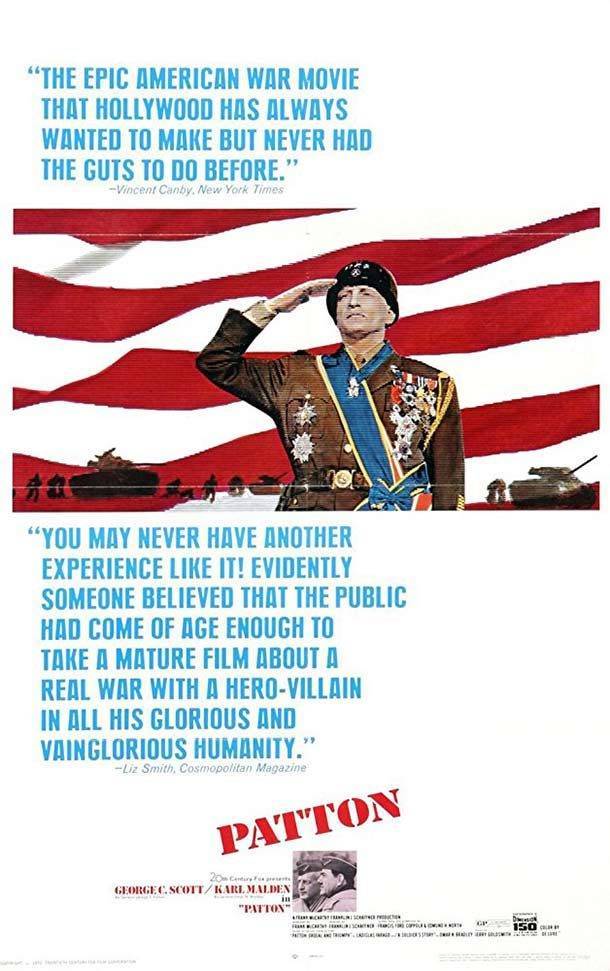 When Seal Team Six raids Osama Bin Laden’s compound, they’re shown grabbing and bagging everything, even throwing a computer on the ground to grab the hard drive. In reality, they had extensive training on properly collecting materials and preserving evidence, including fingerprints. In other words, they wouldn’t have been so careless. 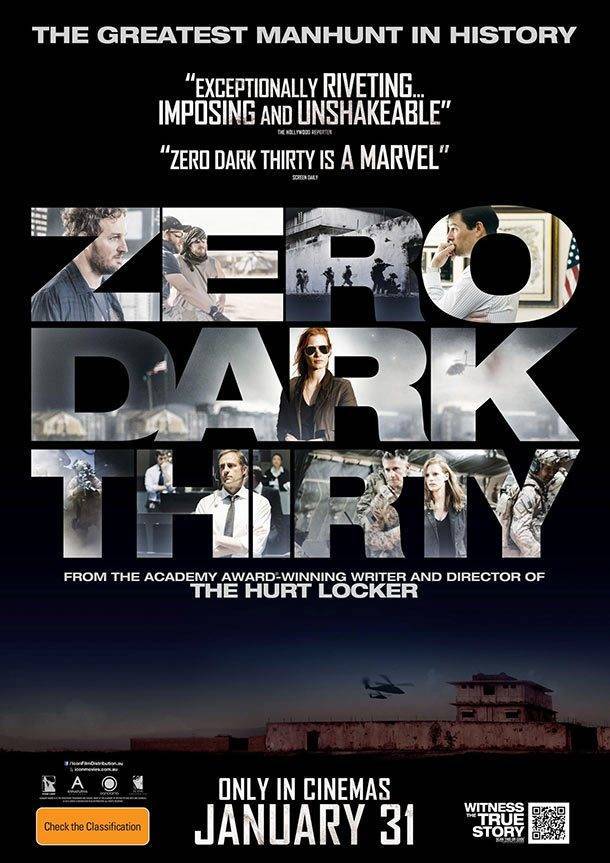 This movie was set in 1935 Louisiana and all their executions were by electrocution. However, Louisiana didn’t start using the electric chair until 1941. 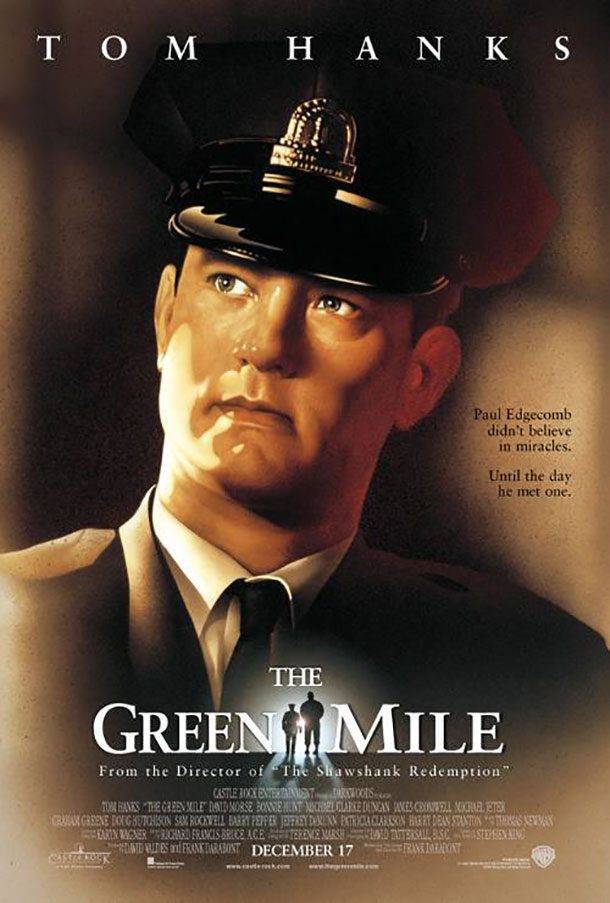 Indiana Jones and the Last Crusade

This movie is set in 1938, but the German vehicles have a symbol of a swastika over a palm tree. That symbol was part of the Deutsch Afrika Korp created in 1941 by Hitler to help his Italian ally in North Africa. 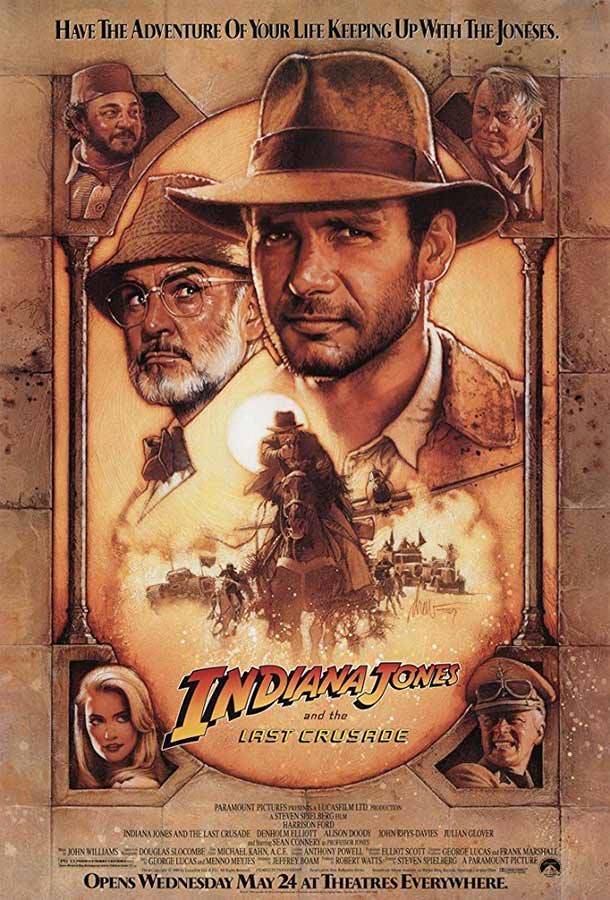 In this movie, General Cornwallis is depicted as a much older man. In fact, the real Cornwallis was in his early forties and six years younger than General Washington. 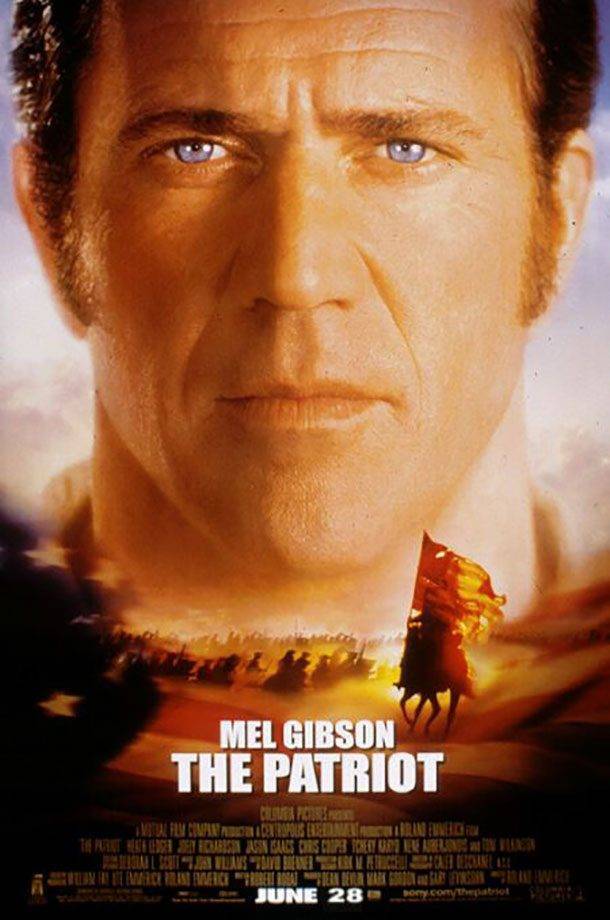 This movie accurately depicted Ken Mattingly, played by Gary Sinise, coming down with the measles and being scrubbed from the flight. However, in real life, he was not involved with the rescue mission. 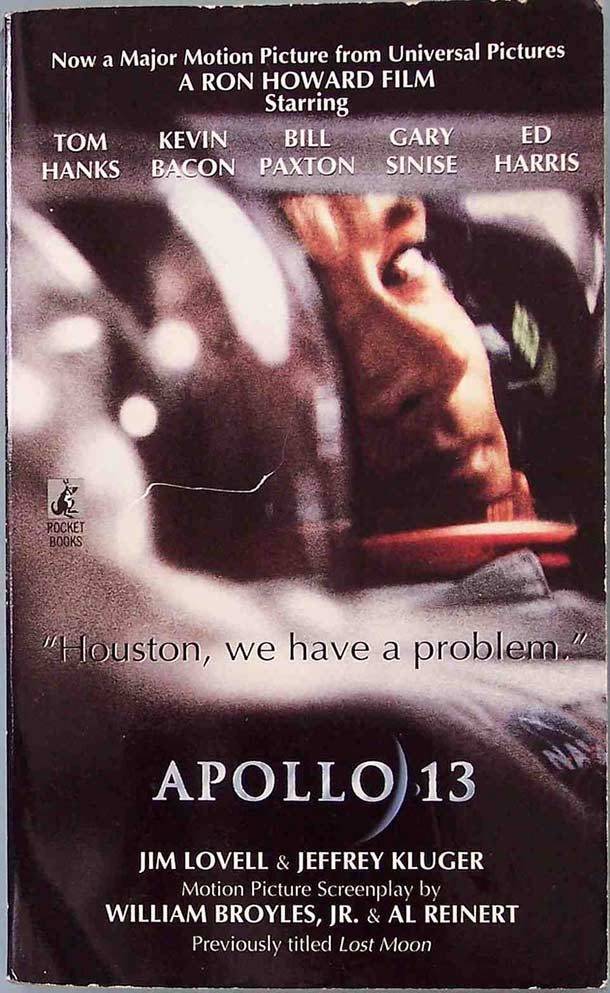 Unlike in the movie, the submarine U-571 was never actually captured. The British Navy captured U-559 and U-110 with codebooks, but it was four months before the United States entered the war. 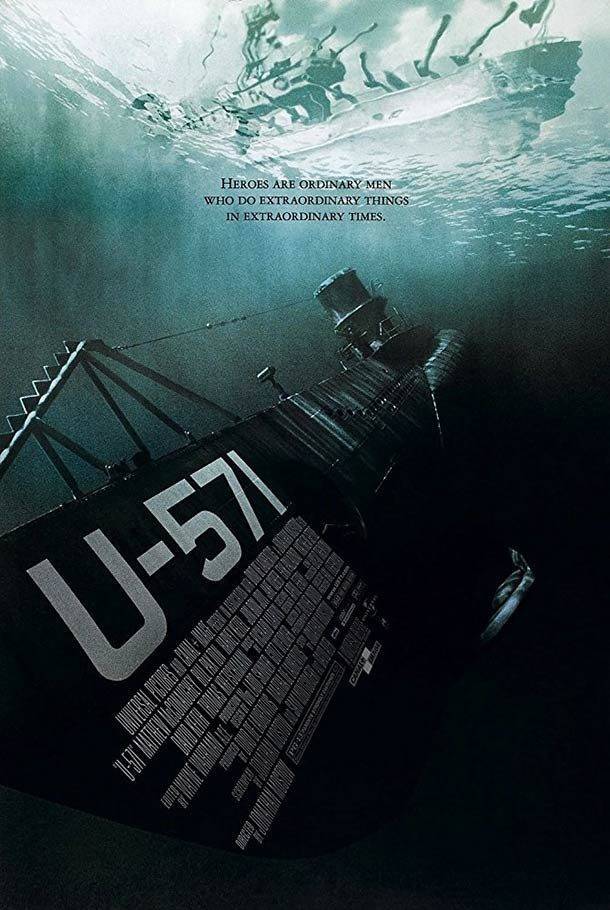 In this movie, Viola hears a cock crow and calls it a rooster. There’s no recording of the word “rooster” anywhere before 1772. It’s also primarily an American word to avoid the older version. 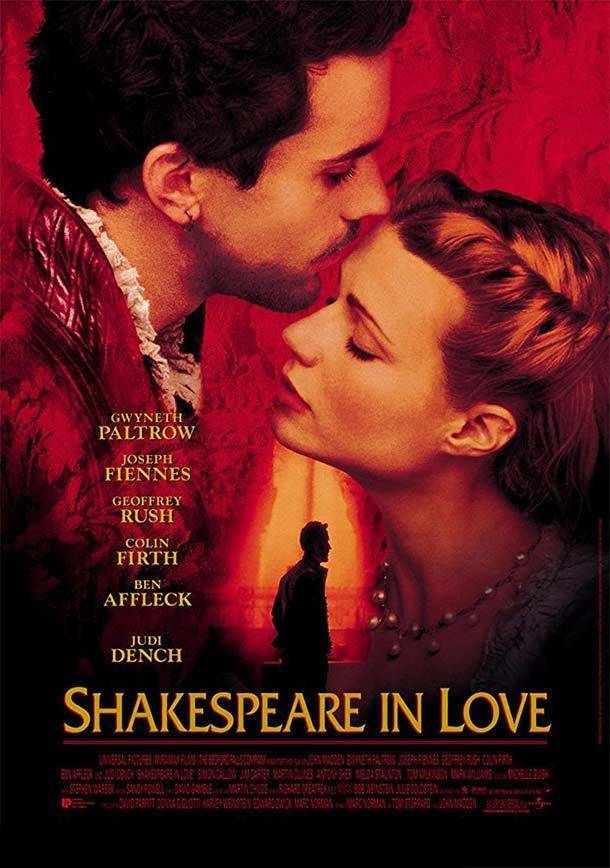 The focus of this film is on an Explosive Ordinance Disposal unit, or EOD, tasked with removing bombs in Iraq. However, they’re depicted as kicking in doors and patrolling for bad guys. In real life, they would never have done this. They don’t usually go in until an area is secure by other infantry. 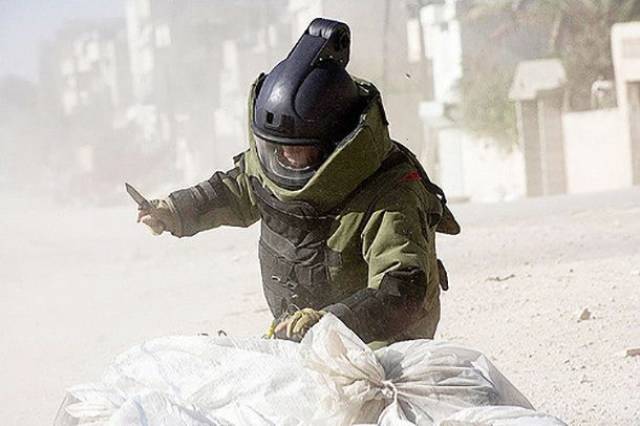 The Bridge on the River Kwai

This movie portrays World War II POWs and their struggle for survival. Colonel Nicholson, a British officer, takes charge of an operation to build a train bridge across a river with POW labor, much to the surprise of his men and delight of the Japanese. In the movie, the character’s obsession is building the bridge until he realizes what he’s done and destroys it. In real life, Lt. Col. Philip Toosey was that officer, but everyone who knew him said he didn’t care about the bridge at all and only cared about keeping his men alive. 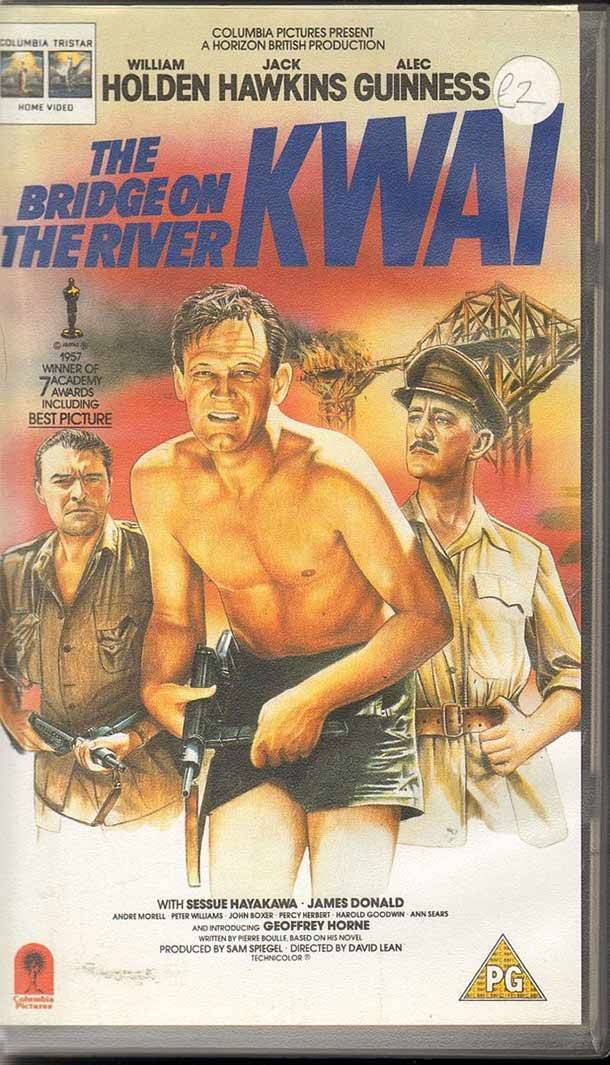 It’s sad to say, but this movie was full of historical inaccuracies. For starters, William Wallace never met Robert the Bruce in real life, and Robert the Bruce was actually called Braveheart. Also, during Wallace’s time, no one in Scotland wore kilts, and they definitely didn’t wear blue face paint. 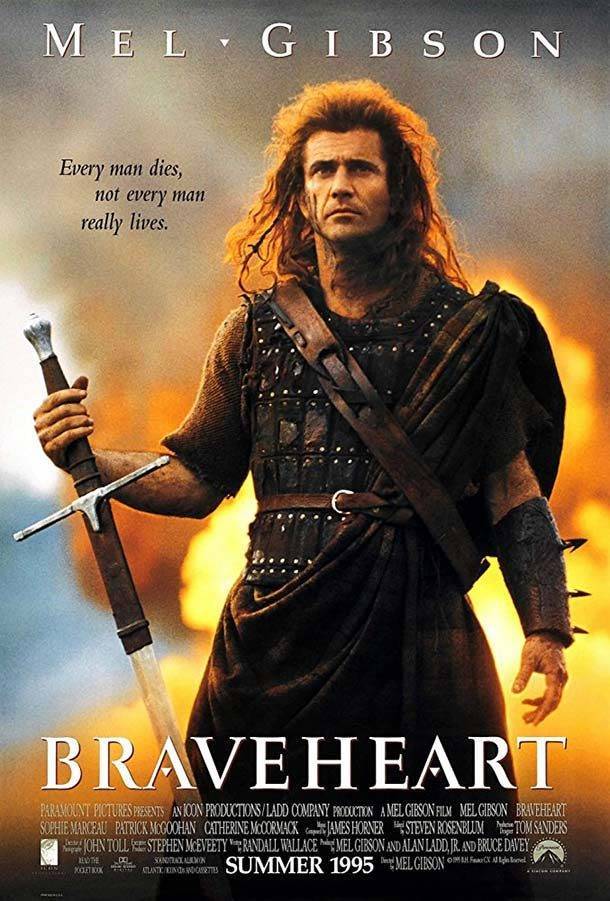 This movie heightened the conspiracy theories surrounding JFK’s death. David Ferrie has long been thought to be in on the assassination attempt, and in one scene at the Fountainbleu Hotel, he has a supposed “confession.” In reality, he never confessed anything and always denied having any involvement. 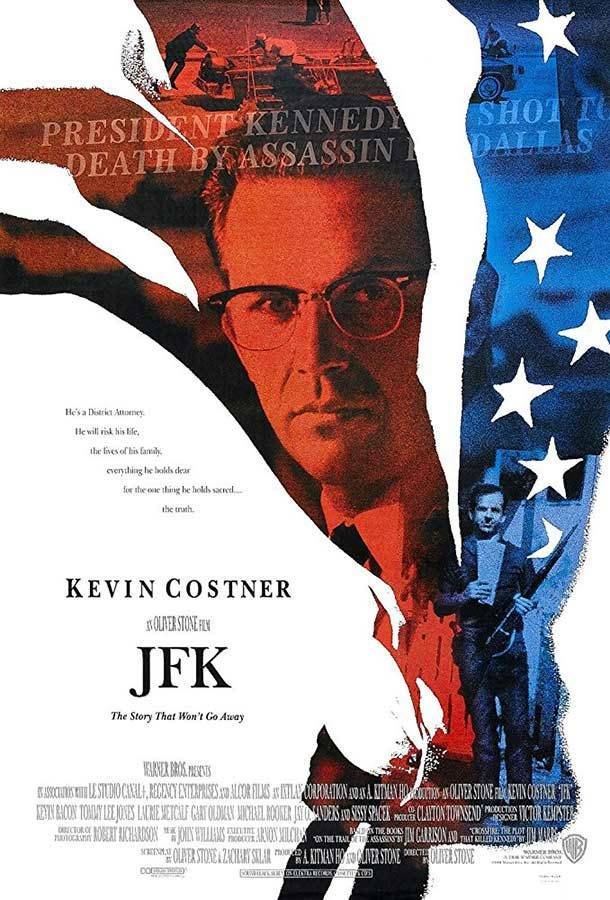 In the opening battle scene on Omaha beach, two soldiers are underwater, struggling with their equipment, and then get hit and die by bullet fire. It’s been proven that rifle caliber bullets fired into the water at an angle wouldn’t have lethal force. 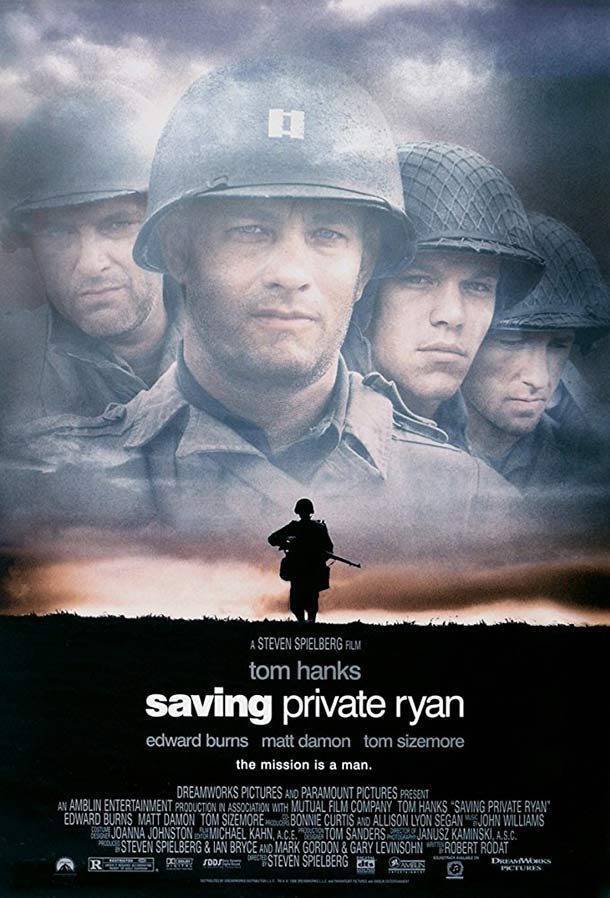