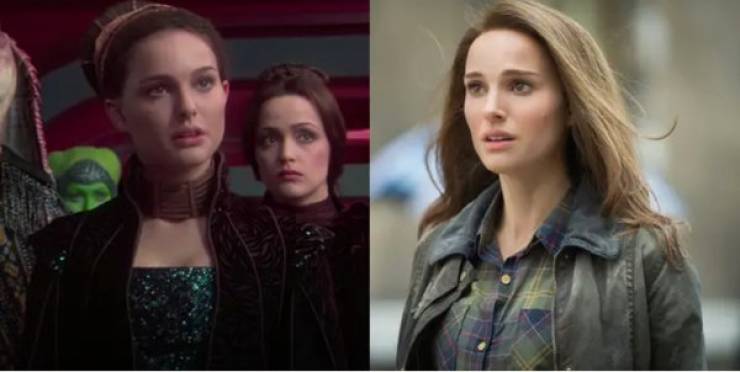 Paul Bettany played a villain in “Solo” and dual roles in the Marvel Cinematic Universe as Jarvis and the Vision. 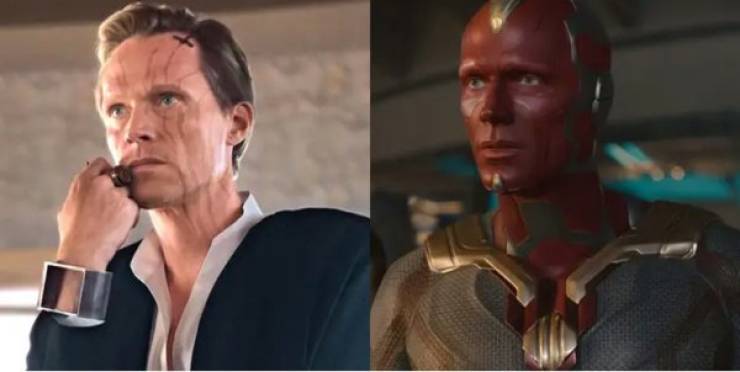 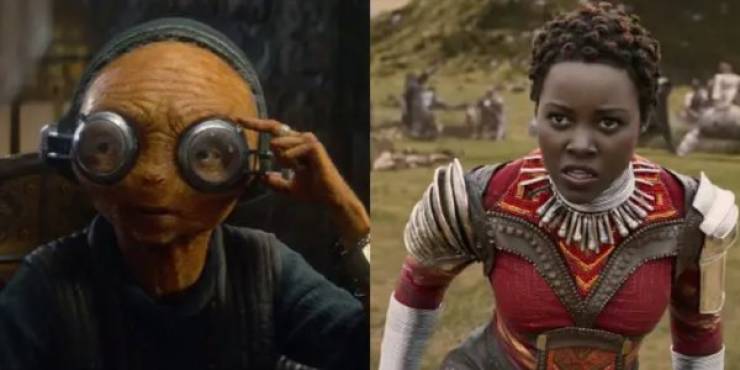 Before Felicity Jones played Jyn Erso in “Rogue One,” she was in a “The Amazing Spider-Man 2” as Felicia Hardy a.k.a. Black Cat. 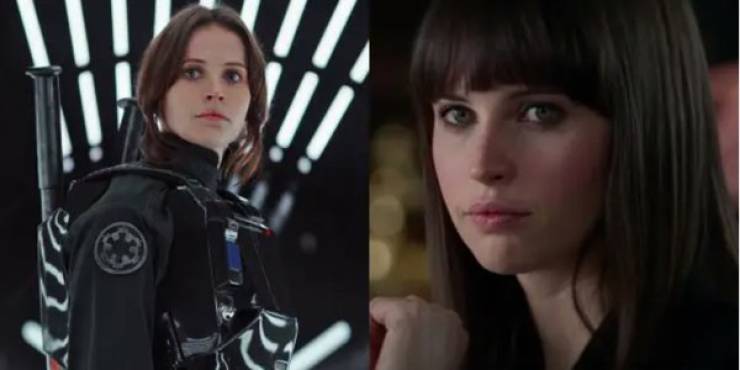 Samuel L. Jackson not only played Mace Windu in the “Star Wars” prequels, and was the man who brought together the Avengers, Nick Fury.

Mads Mikkelsen played Jyn Erso’s father in “Rogue One” and the “Doctor Strange” villain, Kaecillus, in the same year. 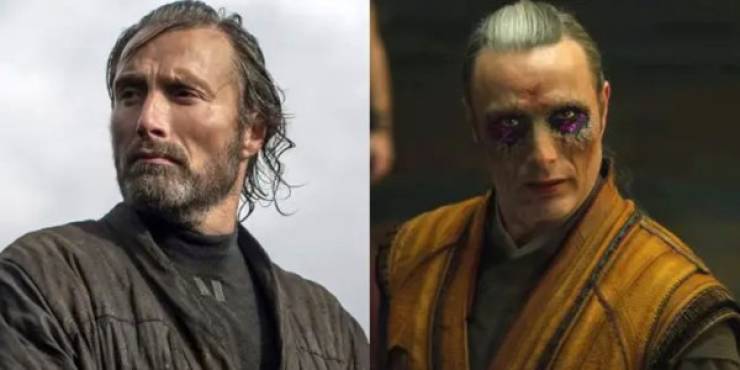 After his turn as a “Rogue One” villain, Ben Mendelsohn showed up in “Captain Marvel” as a skrull named Talos.

Ming-Na Wen appeared on the first season of “The Mandalorian” and has been on ABC’s “Agents of S.H.I.E.L.D.” since it premiered. 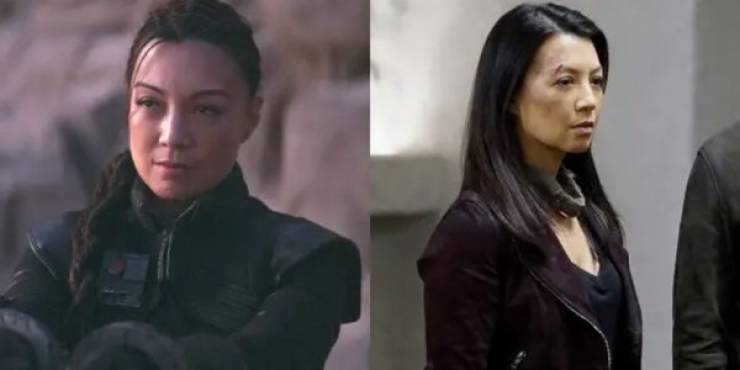 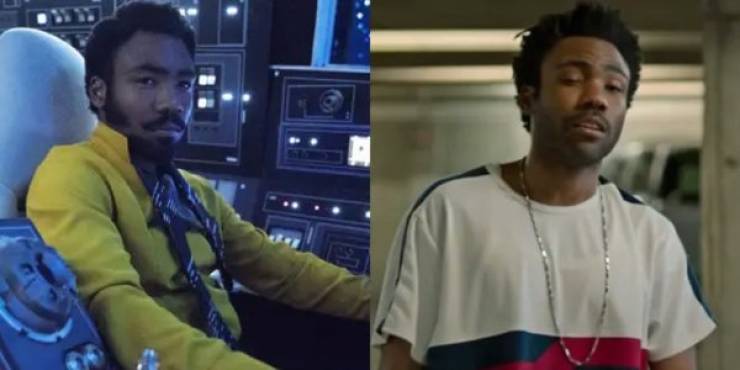 Woody Harrelson played a mentor to Han Solo and is going to play an iconic Spider-Man villain in the “Venom” sequel, Cletus Kasady, otherwise known as Carnage. 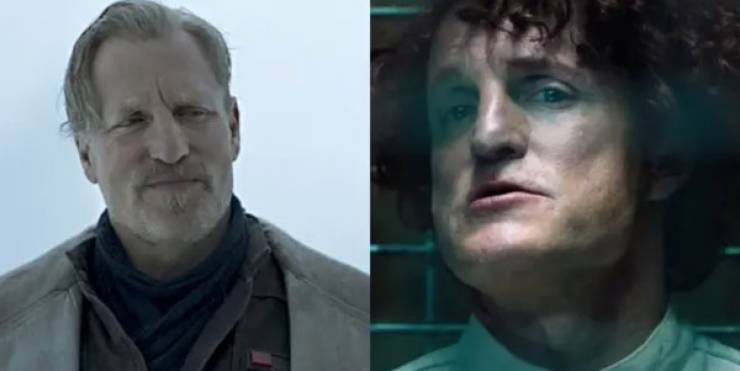 Serkis played the mysterious Snoke character in “The Last Jedi” and the vibranium-obsessed Ulysses Klaue in both “Avengers: Age of Ultron” and, later, “Black Panther.” 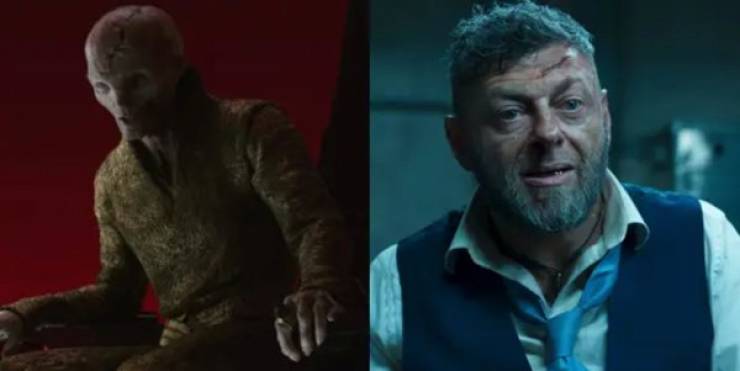 Forest Whitaker played resistance fighter Saw Gerrera in “Solo,” “Star Wars: Rebels,” and also voiced the character in the video game “Star Wars Jedi: Fallen Order.” Then, in 2018, he appeared in “Black Panther” as Zuri, council to the king of Wakanda. 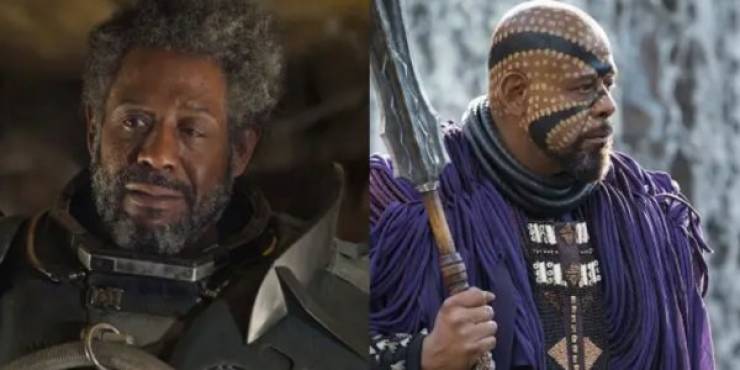 Oscar Isaac became a “Star Wars” fan favorite as pilot Poe Dameron. It probably made most forget his role as 2016 “X-Men” villain Apocalypse.

Hannah John-Kamen upgraded from a minor role in “The Force Awakens” to playing the “Ant-Man and the Wasp” villain, Ghost. 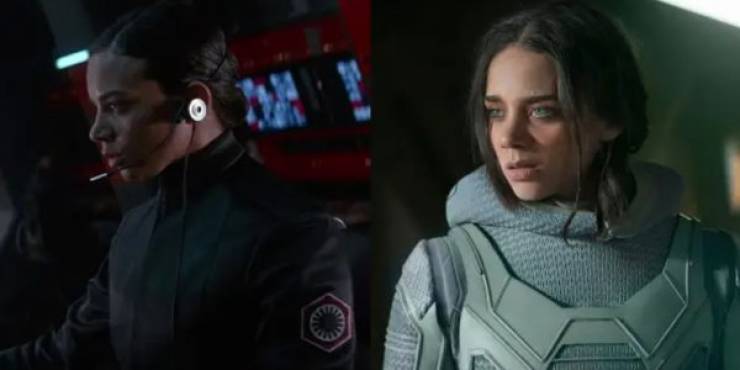 Benicio del Toro showed up as the mysterious thief in “The Last Jedi” who betrayed Finn and Rose. Previously, the actor appeared in the MCU as Taneleer Tivan (The Collector), a man obsessed with collecting rare objects and species in the galaxy. 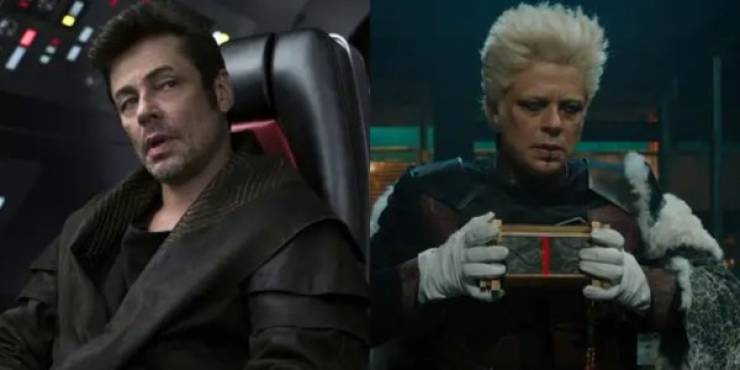 Richard Armitage had a small role in “The Phantom Menace” before appearing as a Hydra assassin in the first “Captain America” movie. 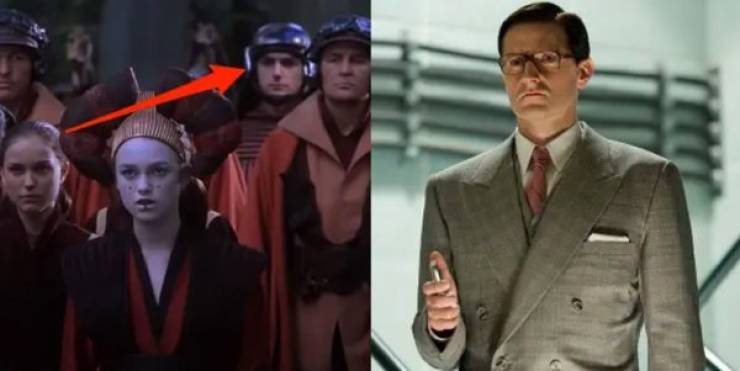 You may not recognize Spencer Wildling by name, but he was Darth Vader in “Rogue One” and a memorable “Guardians of the Galaxy” character who listen’s to Peter Quill’s Walkman.

Jon Favreau voiced Rio in “Solo” and has played Happy Hogan since 2008. 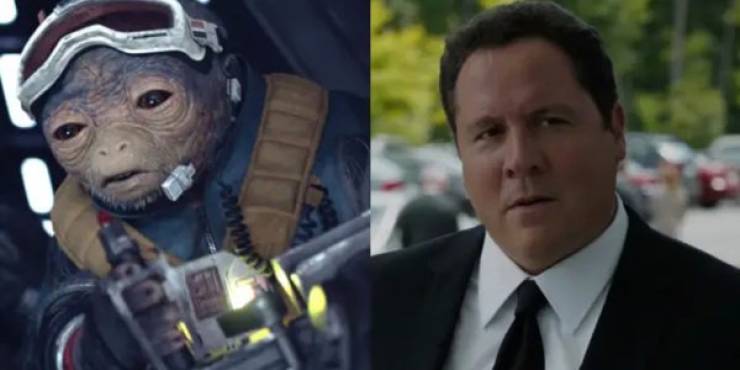 Rose Byrne was a handmaiden in “The Phantom Menace.” Years later, Byrne was in the “X-Men” franchise as CIA agent Moira MacTaggert. 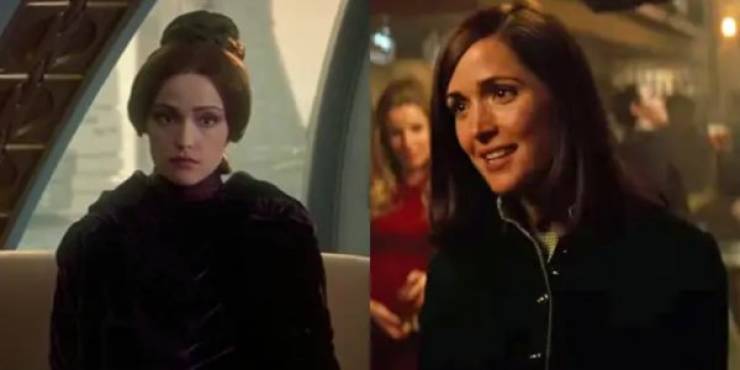 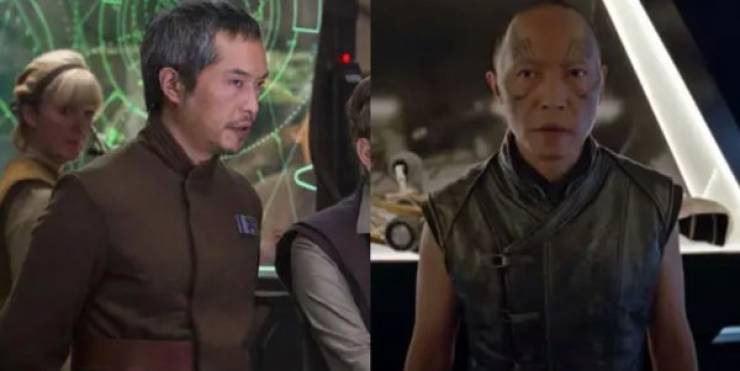 Donnie Yen was a vampire in “Blade II” years before he was Chirrut Îmwe in “Rogue One.”

Ray Park is well known as playing Darth Maul in “The Phantom Menace.” He also played Toad in the first “X-Men” movie. 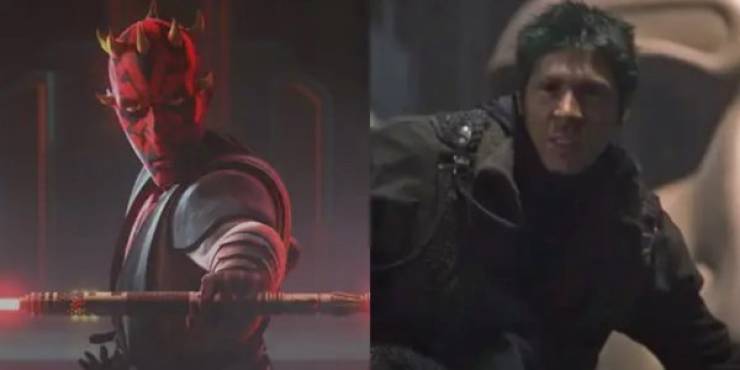 Peter Serafinowicz voiced Darth Maul in “The Phantom Menace” and was briefly seen in “Guardians of the Galaxy.” 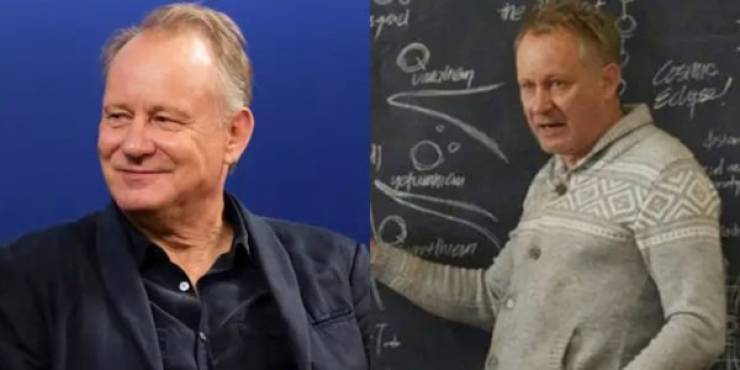 Richard E. Grant appeared in “The Rise of Skywalker” and was reportedly cast on Disney Plus’ upcoming “Loki” series.

Cailey Fleming played a young Rey in “The Force Awakens” and is reportedly joining the upcoming “Loki” show. 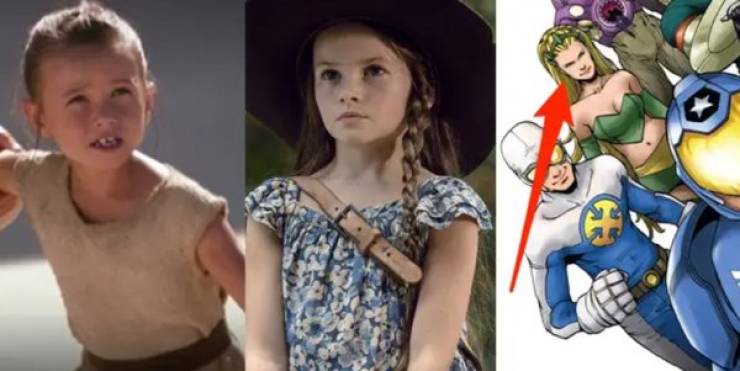 Rosario Dawson is reportedly playing a live-action version of Ahsoka Tano. She previously appeared as the connecting tissue, Claire Temple, between every Netflix Marvel show. 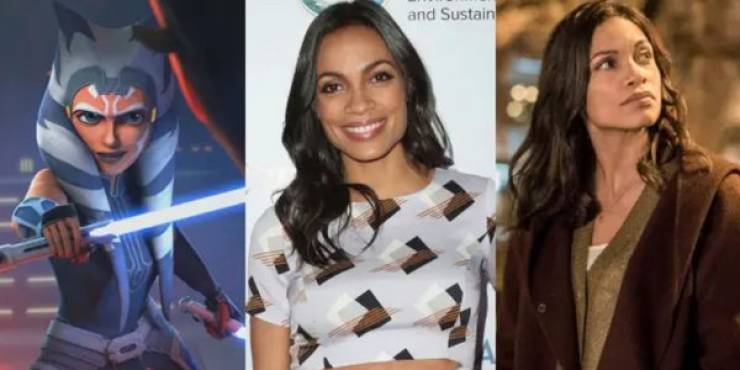 Ben Schwartz helped bring BB-8’s voice to life with Bill Hader and was a stormtrooper in “The Force Awakens.” He’ll appear in an upcoming animated Marvel show as Lou, son of the show’s main villain. 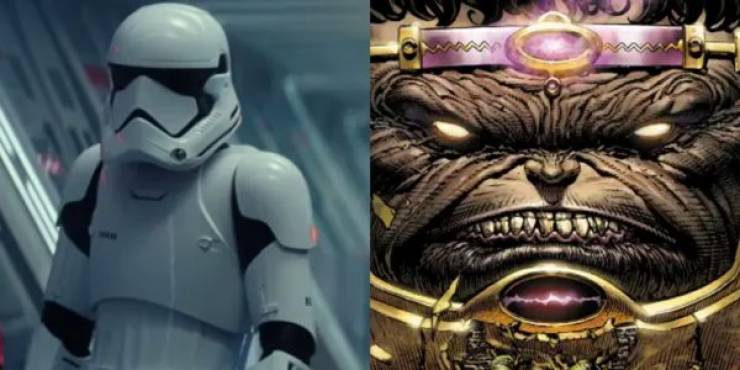